Racing the clock in the name of patriotism and motorsport legacy 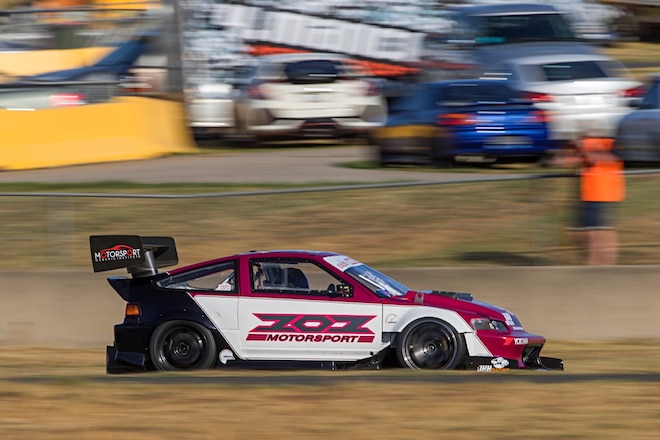 Time attack — though slower to catch on in the U.S. than in other regions, especially when compared to longstanding, traditional motorsports forms that set down roots in America long ago — has experienced a spike in interest in recent years. And regardless of what your theory might be about why that is, one thing is certain; the excitement, anticipation, and utterly mind-blowing performances that take place every year in Sydney during the World Time Attack Challenge have certainly contributed to the uptick. Vehicle development continues to advance and get wilder every year and 2017 was no different. Backing this claim was a grid full of bleacher-sized wings and bulldozer-style splitters that accompanied vents and diffuser strategies you didn't even know existed.

Since 2008, the WTAC fan base has continued to grow, and more recently, if you're not there, you're probably glued to their live stream feed to see how things shake out. When it comes to fan interest, Australians seem to be far more invested. It was standing room only in some instances as fans flocked to the stands to see the cars in action and the frenzied pace of the crews in action making changes, fixing issues and prepping for their next session. Part of the slight bump in U.S. excitement surrounding this year's event could be attributed to a North American grassroots competitor making his way to the big race for the first time. We can only hope that interest continues and time attack finally gets the fan base it deserves and ultimately needs. Similar to combat sports, it's a chance for countries to get behind their local heroes; patriotism is at an all time high for competitors during the event.

Here's a rundown of some of the top competition and standout moments during WTAC '17. For a complete list of classes and times, visit worldtimeattack.com. 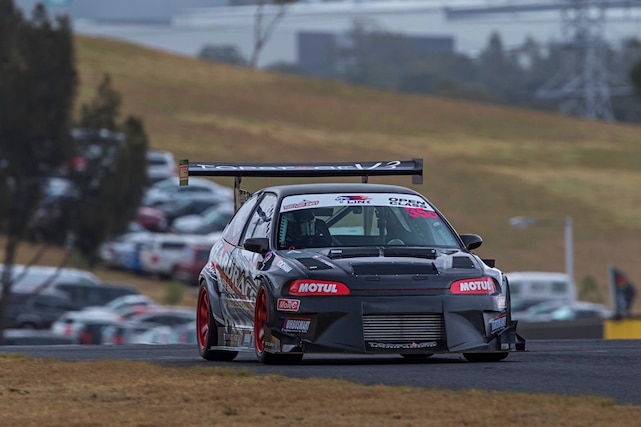 Take a look at the Open Class roster and you'll find it jam-packed with AWD Evos, Subies, and R34s, flanked by FD RX-7s and a few BR-Z/86 chassis. But there's one car on the list that stands out for two very specific reasons, the first being that unlike all of the others, it's front-wheel drive. The other is the fact it's at the very top of the food chain. After squeezing by Tarzan Yamada in an Evo 9 to win the class title back in 2015, then falling back last year, the JDMYard/Hardrace Civic was back in a major way, claiming its second world title in the hands of wheel-ace Adam Casmiri. 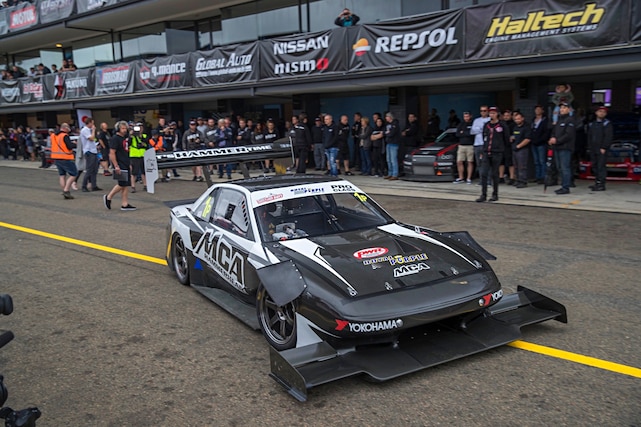 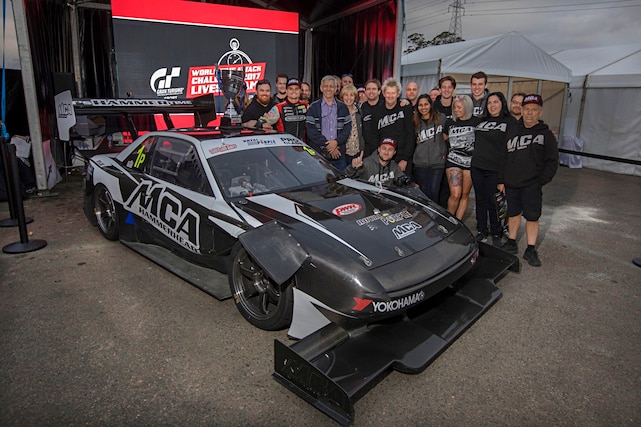 Tim Slade and the MCA Suspension S13 were dominant last year in the Pro Class, taking top honors with a blazing fast 1:22.1920. This time around they decided to go a little faster and threw down a monster lap of 1:20.9710! They again earned the win and left fans and competitors alike wondering what 2018 will bring and just how fast this car can go if Slade and crew pull more tricks out for the next battle.

Not far behind MCA was Barton Mawer in the RP Porsche 968. There aren't many Porsches that compete in time attack events like WTAC, and even fewer from the 968 series. This car is testament to just how wild and effective aero development is becoming. Like many of the competitors, the ultra-low hanging aero bits had a habit of sparking through turns as they made contact with the tarmac. 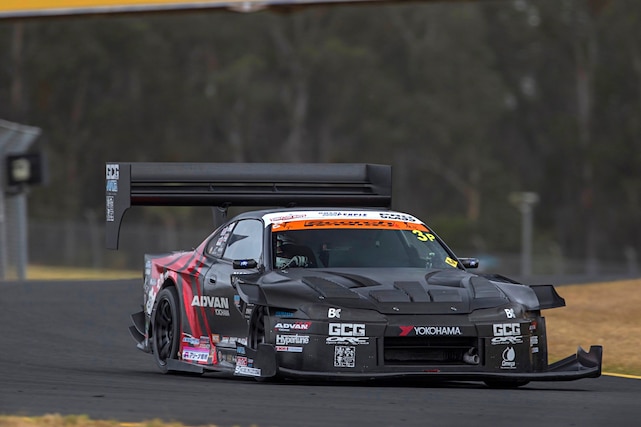 Right on Mawer's heels by a fraction of a second was Tomohiko "Under" Suzuki, who's been behind the wheel of the Scorch Racing fan favorite S15 for years. Never missing a beat, Under continues to knock seconds off of his time each year and the narrow margin that kept him out of second place will surely inspire more vehicle development for his return next year. 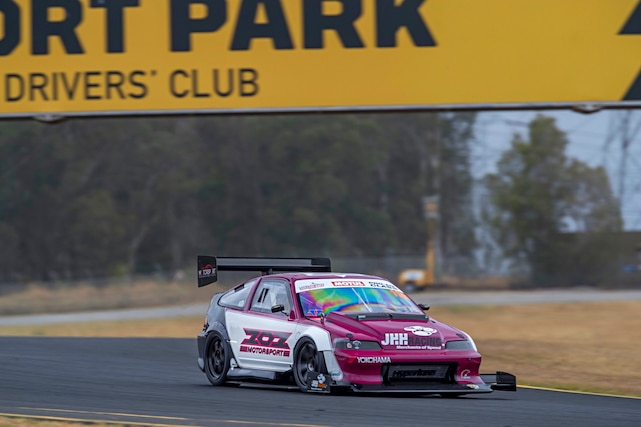 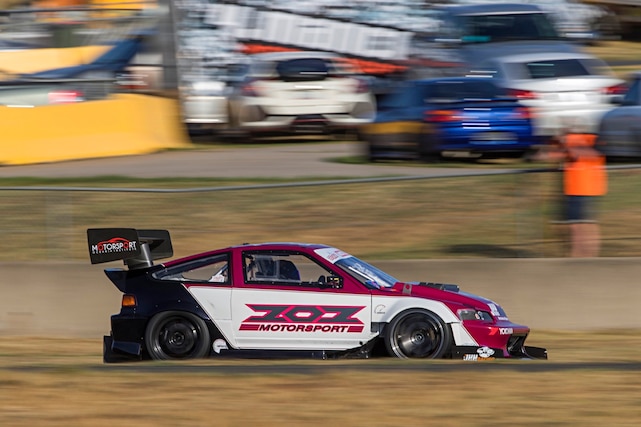 If you don't know the names Robert Nguyen and 101 Motorsport, then you probably know of their lightning fast CRX nicknamed "Mighty Mouse." Nguyen and 101 have been developing the car since 2011 and every year, like clockwork, they've delivered improved lap times. After being edged out last year by PMQ Design's Evo 9 (1:27.45 vs. 1:27.61), the crew made a triumphant return blasting a 1:26.27 to earn the number one spot and this year they weren't the only Honda on the Pro Am podium. 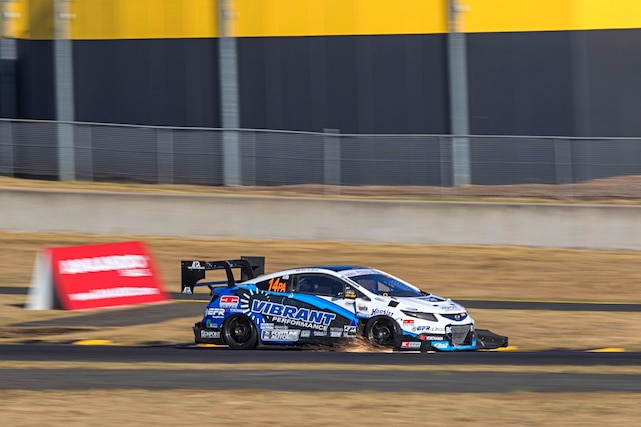 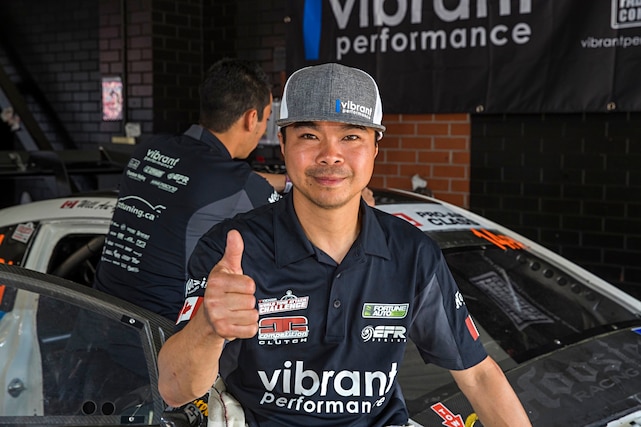 Which brings us to the Vibrant Performance/PZ Tuning 9th gen. Si, owned and piloted by William Au-Yeung. Having found success on the North American time attack front, William decided to try his hand in Australia — a daunting task for a grassroots-level competitor that's never stepped foot on Australian soil where William had to first learn the course layout before making adjustments and hunting for those vital few 10ths. After the first full day of action he'd dipped into the 20s with a 1:29.638 and sat in the second-place position. On day two, that time would drop even further, ending with a 1:28.4730 that would not only cement the number two spot but also marked the first time a Canadian team would ever be on the WTAC grid as well as the podium. A quick swipe through Williams Facebook page reveals a mountain of support from North America and we're pretty sure he'll be looking to make another attack on Sydney next year. 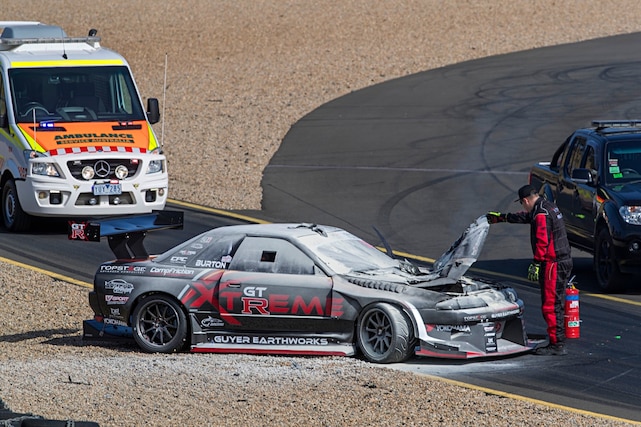 It's not always a complete success during the most competitive weekend of the year for many. 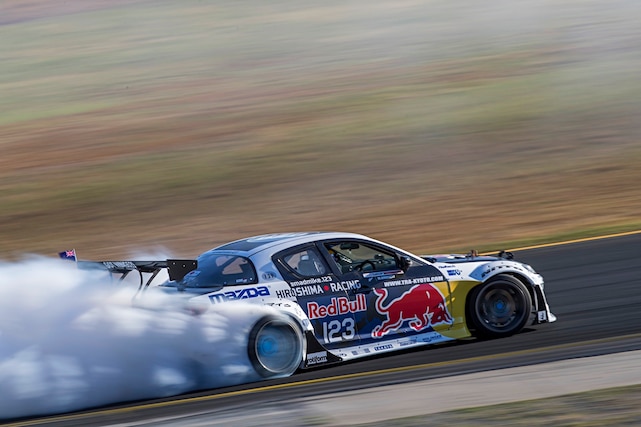 In between the intense time attack action and car show, a few drifters put on a show, including the one and only Mad Mike in his Red Bull-sponsored RX-8... 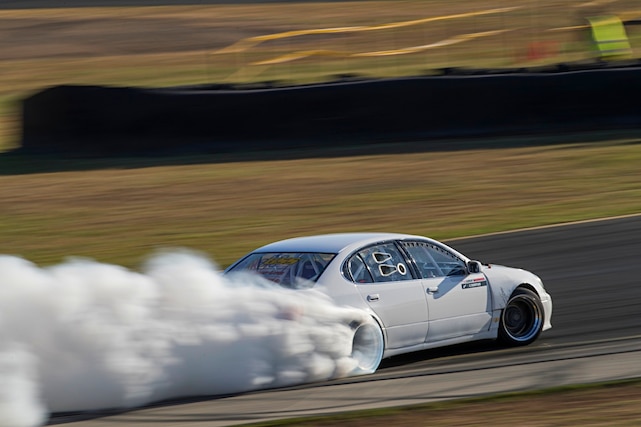 And this very clean GS300 that decided not to go with 2JZ power and instead installed a 2.6L 26B four-rotor set up with a rather sizeable GTX55 98mm snail. His efforts resulted in over 1,200hp and more than enough grunt to put on a show for fans. 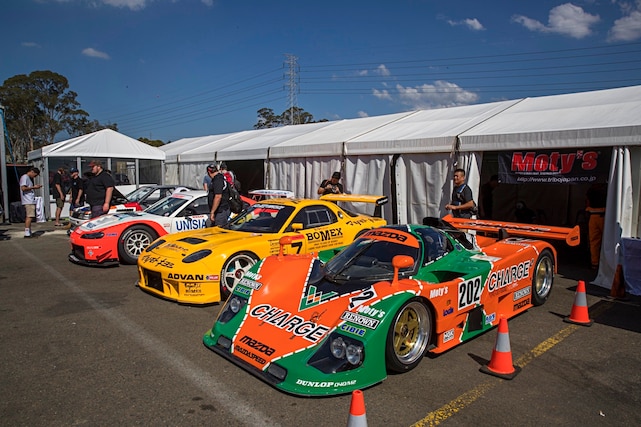 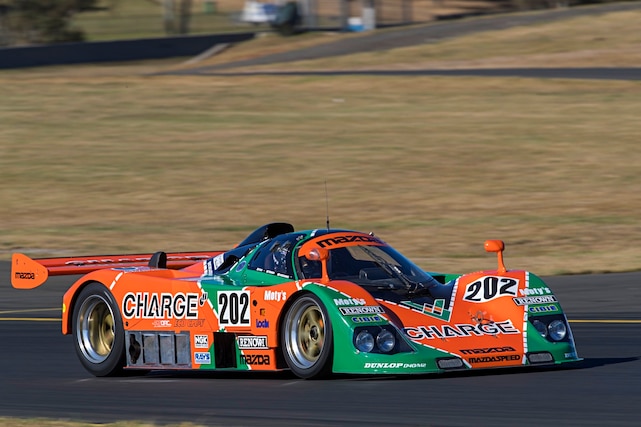 The iconic Mazda 767B wowed the crowd with a few laps 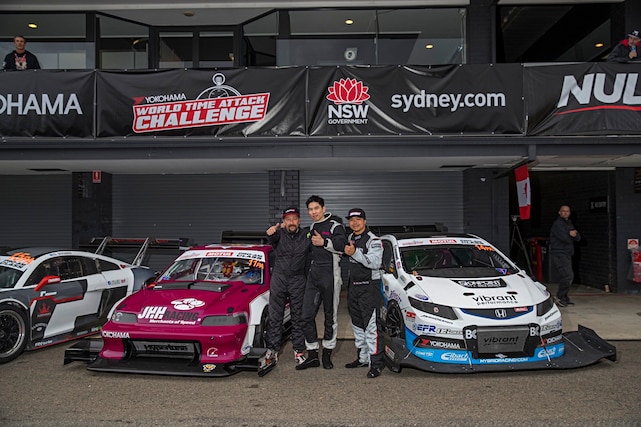 At the end of the day, they're just hardcore car fanatics with some serious skills and plenty of respect for one another. Good vibes from the top 3 of the Pro Am Class: Sami Sivonen (Audi R8, 3rd), Rob Nguyen (CR-X, 1st) and William Au-Yeung (Civic Si coupe, 2nd) 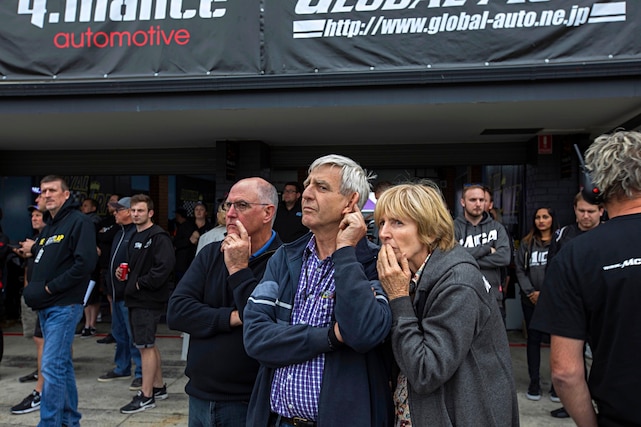