New classes, new competitors, and a huge shake up 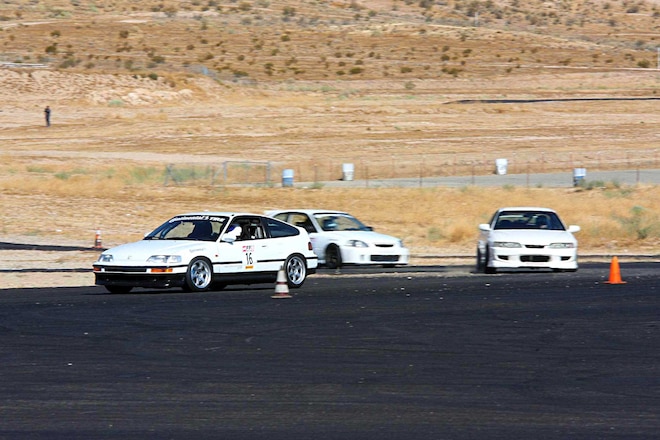 Whenever the topic of front-wheel drive motorsport is brought up, Honda is instantly introduced to the conversation. And for good reason, given the brand — based on dozens of different chassis — has remained a staple in local and international performance circles. And for as much disdain as the brand takes from the always-vocal anti-Honda crowd, you'd think it would deter people from ever tackling a Honda build of their own, but that's simply not the case. In fact, there seem to be more Honda track, show and street builds today than ever before, and because of that the annual FF Battle — a time attack-styled track event based around front-engine, front-wheel drive cars only — has almost solely consisted of Honda entries dominating the competition. This year, however, we saw a major shake up.

In order to keep the competition as tight as possible and avoid any absolute blow-outs on the time keeper's scoreboard, we split the program in half; filling one run group with a more seasoned, advanced driving group, and dubbed it the "Race Class," which also allowed car owners to use a hired gun to assume driving duties. The second group, the "Street Class," consisted of milder, more street-friendly builds that could only be piloted by the cars' owners, with no exceptions. Add to that a spec tire, in this case Continental Tire's ExtremeContact Sport — a tire we'd relied on for last year's Tuner Battle Week events and one that competitors praised for not only its grip on track but also its ability to stand up to abuse, lap after lap. This leveled the playing field and made for one incredible day of racing at Streets of Willow. 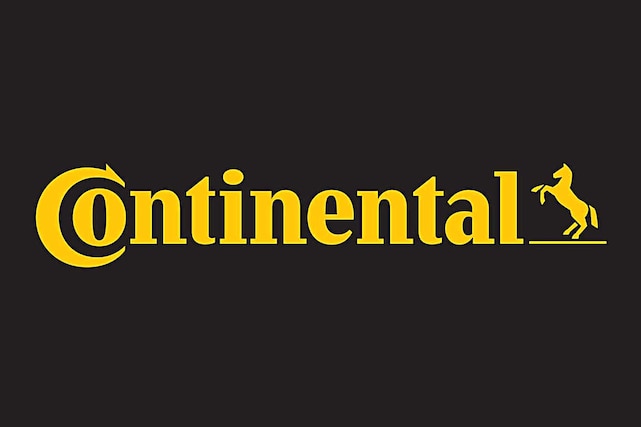 The dual format allowed for more competitors and the event as a whole was smoother and more focused than ever thanks to the helping hands of Duane Bada and Amir Bentatou of VTEC Club, who served as track marshals and aided in the organization prior to the big day. As a result, both run groups received an equal amount of track time and there were no accidents or major issues throughout the heated battle. And a heated battle it was — take a look at the top 3 finishers' best lap times to see just how close things really were.

Here's a rundown of the competitors in the Street Class, the vehicles they brought and their best lap time of the day.

New to track events, Bobby Velazquez was the only del Sol at the event and one of the very few to ever register for FF Battle with this chassis. The car was originally purchased as a daily driver and intended to sport B16 power, but after having a tough time registering the car through California's very tough B.A.R. system, Bobby decided to go the K20 route and put the car on a show- and track-only diet. After an initial run to get a feel for the track, something just wasn't right and once he pulled into the pits to investigate, he sourced the culprit to a leaking brake line that connects the brake prop valve to the master cylinder. With no spares in sight, it was a short day for the EG1.

As long as we've known Los, he's had a CRX in his garage. Some well built CRXs, too. After he sold his last one he vowed never to build another, but when a friend put his up for sale before leaving the country Los couldn't resist. He adds, "The thing that made me pull the trigger on this car was the feeling of some unfinished business with the CRX chassis not being able to compete in racing with the previous cars."

As with any early '90s Honda, bushings and suspension-related bits were worn out and needed replacement. If you look at the spec list below, you'll notice the focus was certainly on those areas and the power plant itself, though a far cry from the car's original anemic single cam, remains mild. We don't see many CRXs in this sort of condition and even fewer that can hold their own on the track just a few days after parking amongst the classics at JCCS the way Los' car did.

Carter's always wanted to piece together a daily driver and weekend track car using a 5th gen. hatchback. Being the son of a swap guru, a K24 was pretty much inevitable, but Carter and his dad (Brian Gillespie of Hasport) decided to find a way to spend the least amount of money possible to make it happen. His entire swap runs about $3,200 and though they borrowed a few pricey items from the Hasport parts bin to complete the car for the event, like the brake kit and coilovers, the two plan to swap those out for something far more affordable in order to continue their budget build experiment at the Hasport compound.

Thanks: Hasport Performance for having enough spare parts lying around that we could put together some decent suspension and brakes.

Chen's RS has gone through a number of changes, including a '98-spec ITR swap, JDM front end conversion with C-West bumper, KW coilovers and a complete bushing replacement to revitalize the 22-year-old chassis. Searching for the route to scrub just a few fractions of a second off of his time through the day, a rally in one of the later rounds brought his lap time down to a best of 1:33.714.

Thanks: Elton from Raceline, Dan from Rcrew, Super Street and Continental Tire for the opportunity to attend the event

The white hatch you see before you was originally a red daily driver — that is, before it was rear ended and Dexter decided on a color change. With his sights set on turning the car into a show piece, things changed when he built a GS-R engine for occasional track use. After a few trips to the track, he was hooked, but unfortunately that B18 didn't last much longer, so Dexter went with a built B20 block and hasn't looked back. Dexter's best lap of the day, a 1:33.051, was enough to land him firmly in the number 4 spot.

The only female competitor in the competition, Muoi Tran didn't show up without some track experience under her belt. However, her previous adventures took place behind the wheel of a Miata and STi - FF Battle would be her first FWD track endeavor. The car was purchased back in July, but the idea to take it from a stock, automatic Civic to an FF Battle competitor happened just 10 days prior to the event. Days quickly turned into nights (and often early mornings), and by the time the event rolled around a CTR-powered hatchback emerged. By mid-morning, after having put a solid string of laps behind her, Muoi seemed to gain more confidence and looked right at home mixing it up with the competition. At the end of the day, her efforts granted her a hard fought 3rd place finish with a 1:31.946. With more seat time and vehicle development we're expecting to see her back for FF Battle next year. Her ability after just one track day is apparent and she could be the dark horse for 2018's FF Battle.

Thanks: #1 would be Amir Bentatou, then in no particular order: BattleCraft, Evasive Motorsports, Exceed Japan, Koyorad, Rcompound

After 12 years with his hatch, Jose knows it inside and out. It originally served as his daily driver to tackle an 80-mile commute, but after four years plans changed and the track-worthy mods started pouring in. A blown engine, a crash at Buttonwillow, and other assorted setbacks haven't slowed the vision down enough to make an impact. Jose states, "This is one of those builds that have gone from stock to where it is now with a single purpose and that is to be 'my track car.' The car is built with reliability in mind and to do as many events as possible with my schedule."

It looked like Jose would finish in third place until he unleashed his best run of the day that catapulted him into the runner-up spot.

Thanks: Shout-out to Team Topak Racing, who have been like a family, Circuit Dreams for building the motor and sourcing the fenders, to all the friends I've texted and messaged in regards to all my questions about track part recommendations

Most people automatically think of Hondas and Acuras going head to head when they hear FF Battle, and maybe one or two other makes being involved, but we can almost guarantee they're not conjuring up images of a Abarth tearing it up. Regardless, Nathaiel Po and his micro-sized Fiat were on a mission to make their mark at this year's event and the uncorked, spool-happy nature of his Garrett GT1752-equipped 1.4L was a force from the very first lap.

Throughout the morning confidence grew, and with a proper line established the Fiat no one ever saw coming rose to the top of the food chain, earning a first-place finish in the Street Class and sending a message these little cars, when properly put together, are a real threat on a course like Streets of Willow.

This is Nathaniel's first car and one he says was supposed to get a bolt-on upgrade or two but eventually snowballed into the little monster it is now. Unfortunately, the day after FF Battle the Fiat's engine let go. He adds, "I don't think I'm ever gonna sell this car, it is and will always be very special to me. I've met a lot of great people and am still continuing to meet more because of this car, and I wouldn't be where I am now without it. So yes, the car is down and inoperable right now, but it will be back up soon."

Thanks: Massive thanks to A's Garage for all the work that he does for this car, the guys from Eurocompulsion for providing an amazing tune, Cecil from Motorsports Fluids for all my fluid needs, Kenji from Cusco USA, Eric from Verus Engineering, my friends in and out of the Fiat community for the continued support for me and my build, and of course to Super Street and Continental Tire for organizing such an amazing event.