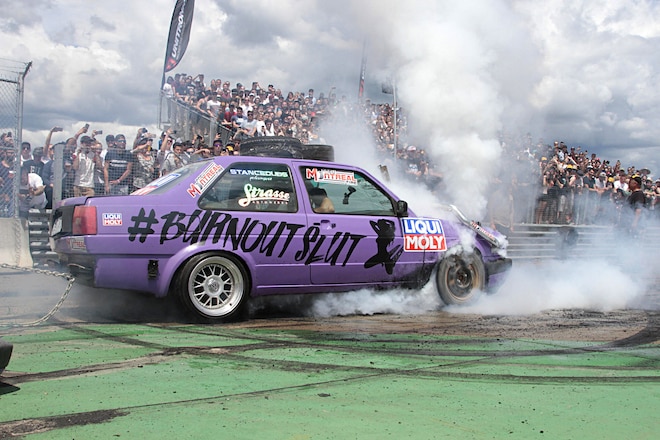 Case in point - Eurokracy Montreal 2017. What started as a hotel takeover at Waterfest quickly overstayed its welcome at the New Jersey VW show. It became so popular that the hotel owners, neighboring businesses, police, and the city government became fed up with their shenanigans and told the founders to find a new location – or else.

Instead of stopping the party altogether, the ingenious crew decided to launch its own events. Eurokracy was born and it's been growing in size every year. While attendance figures aren't released, it easily attracts thousands of people and hundreds of enthusiast-built European rides, some more complete than others.

European Car had the distinct privilege of judging the Top 100 showcased vehicles competing for to be the number 1 spot in all of the water-cooled Wolfsburg machinery. Everything from stunning Mk1 Rabbit resto-mods to the latest Mk7 Golf ripping burnouts or cranking-out flying laps on the race track. 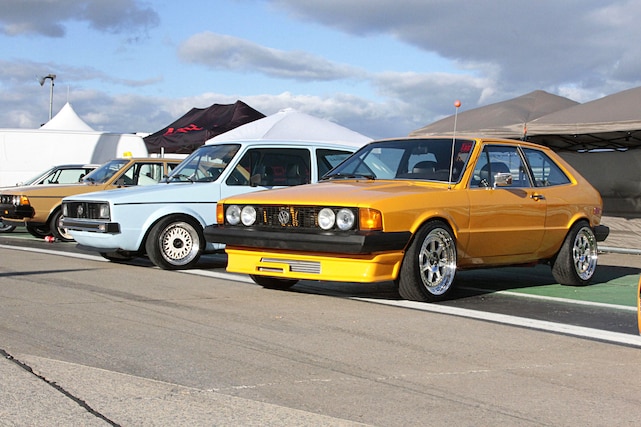 What blows my mind is the quality of builds and the dedication of attendees to make this show a “must see” event. People from all over the eastern United States and even as far as the west coast of Canada! The depth of the field made the competition fierce and judging laborious.

The Great White North seems to provide Canadian enthusiasts with at least one big advantage over those of us with nearly year around car season. Being holed-up inside during long and cold winters gives you the ability to focus your undivided attention on a project day in and day out. It leads to a level of perfection and detail work that isn't normally seen outside of European shows. But these Canadian builds are unique in their own right, pushing the envelope and having fun while doing it.

Picking a best of show wasn't easy for two reasons: 1.) Over a dozen high-quality builds spanned across generations and models; and 2.) I was left alone to decide for myself what deserved top honors.

So after I emerged from the mud to watch a safari tuned Porsche 911 rip around an off-road course in the rain, I spent 5 minutes with each of the 100 vehicles battling for top honors. That's roughly eight hours of judging. Taking into account the rain, eight hours felt like at least 15. 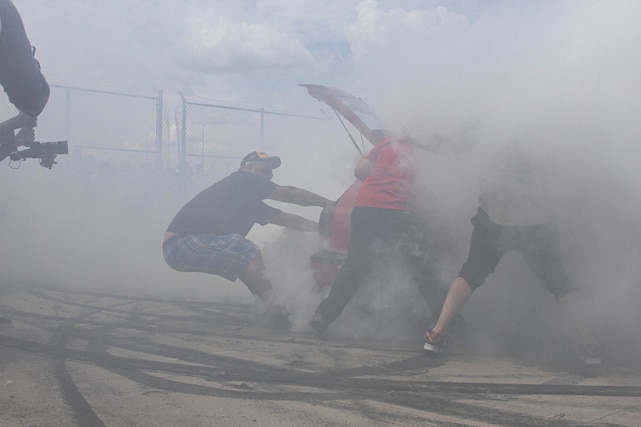 It boiled down to two rides. The first was a car that came literally out of nowhere. In its own right a righteously restored BMW e30 M3 would win in just about any show. However, the example that showed up at Eurokracy 2017, the owner decided to take it to an entirely new level. Swapping in an e46 M3 engine constructed entirely with genuine BMW Motorsport racing parts in addition to the revamped undercarriage being upgrade with various M3 goodies from the e46 as well. Did we mention the CSL inspired interior? Or even the retro-fitted M4 big brake kit behind a set of 18-inch AG wheels? Needless to say, this had our attention the moment it rolled in.

The second car had won the previous year. A Mk1 VW Rabbit finished in a light sherbet pink paint accented by a white pearl interior, custom chrome roll cage, one-off hard-lined air suspension, distressed crème French leather interior. The engine bay was a testament to the owner's can-do attitude with a welder and bits of metal combined with the patience of a saint assembling all the intricate details, leaving no surface un-caressed.

In the end, it boiled down to the star gazing effect – which car ended up leaving me more befuddled than when I left it. That car ended up being the Mk1 peach beauty, it's presence too damn glorious to deny, even if it did win last year. A job well done to the lads at Unix Performance and more specifically a job well done to Rick and his team at Eurokracy for making me a fan of Montreal, the people and the cars they love so dearly.