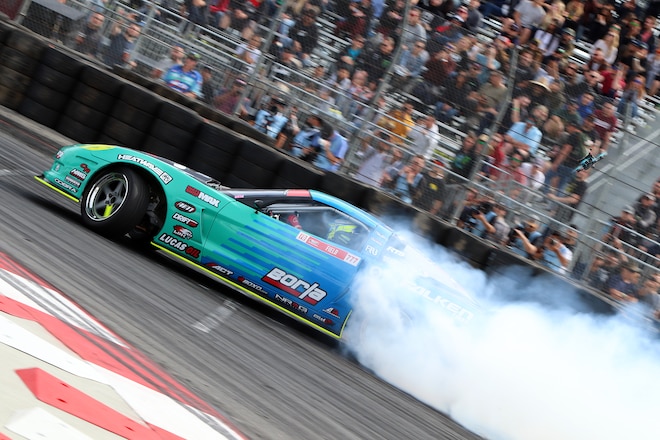 Over the years, watching the evolution of Formula DRIFT cars and what they can do has been wild. Long ago there was a power war, which ushered in the era of 1,000hp builds. Once upon a time, car builders were seeking as much steering angle as they could engineer, leading to the crab-walking vehicles you see today. And now, we swear more and more pro drift cars – and drivers, importantly – seem to be comfortable sliding back into a rear clipping zone or Touch & Go, drag their ass, and come off the wall like nothing happened. No big deal – lemme just finish this lap.

Go through the gallery – our shooters at the 2019 pro drift season opener in Long Beach, Calif. caught multiple cars kissing the K-rails at Zone 2, with all but Dirk Stratton in his Stratton Racing C6 “Driftvette” able to power away (leaving a trail of body parts in their wake); Stratton’s hit during Friday practice was a hard one, and we’re happy to report he was able to return and qualify later in the day. Sadly, Kevin Lawrence couldn’t say the same for his Enjuku Racing S14.3; on just the second lap of practice, he ended up in the Touch & Go, cutting short his weekend (driver is okay). 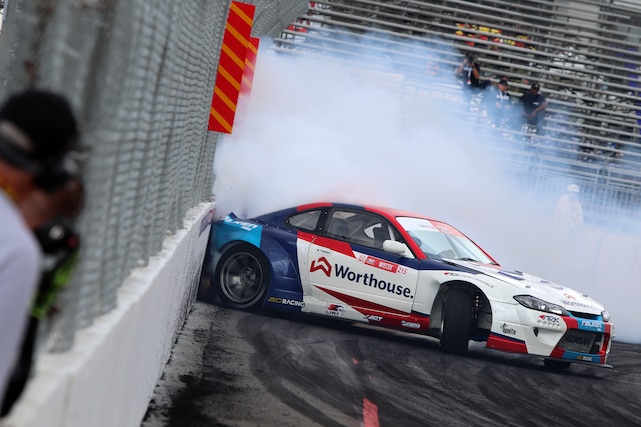 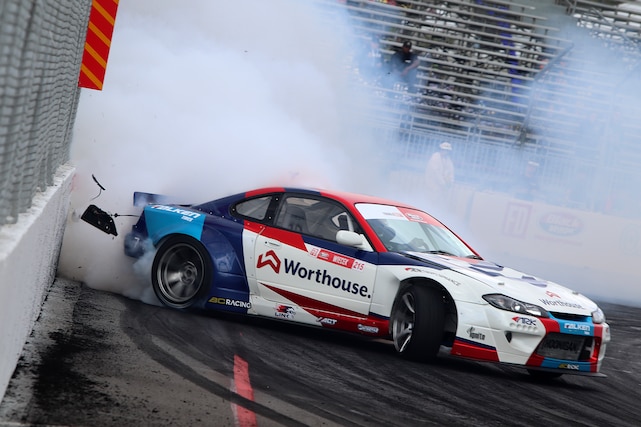 We saw new drivers to Long Beach in action for the first time, like our bud Dylan Hughes in the Fast Orange Black Magic E46; Travis Reeder in his S13 (because the Long Beach Fire Department wouldn’t allow Reeder’s team, Napoleon Motorsports, to run their EV Camaro); Joao Barion from Brazil in the Nando SA/Barbarius C7 Corvette (the first C7 ever in FD to our recollection); Manuel Vacca from Italy in the HP Garage E46; and finally Mitch Larner from Australia, who rented Forrest Wang’s 2JZ S14 for the event. In addition to the C7 and E46s new to the grid, there is now also a second Cadillac ATS-V, the Verocious Motorsports machine of Austin Meeks joining Taylor Hull’s Comp Cams Caddie. And also new for 2019, Clipping Zone tape (see below). 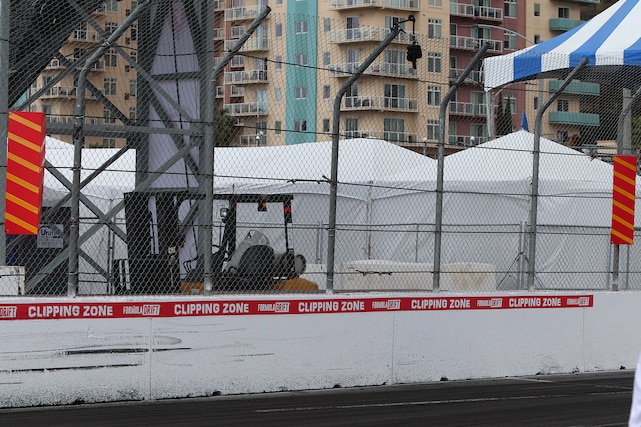 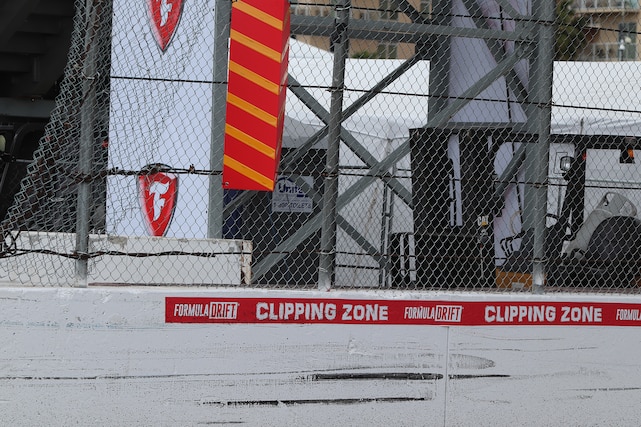 When Friday qualifying was all said and done, Matt Field in the Falken C6 Corvette put down an insane second lap, earning 99 points out of a possible 100 to secure the number-one position. He begins Saturday Top 32 tandems against Jeff Jones in the DOC 370Z. Check out our gallery from qualifying, watch the action live on the drift stream, and check back with us for more in-depth coverage from the 2019 Formula DRIFT Pro Championship Round 1.