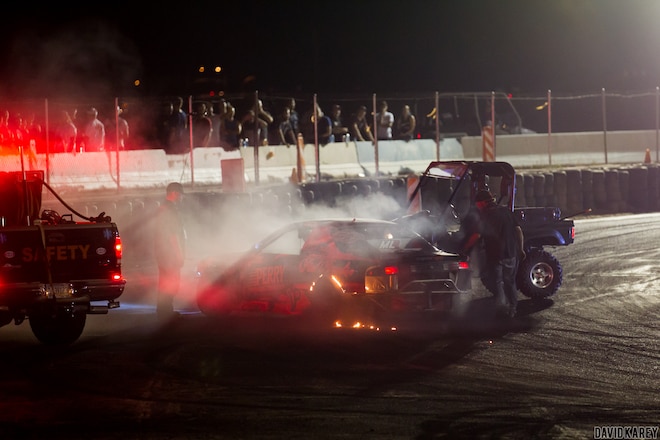 There was no stopping Marc Landreville this year. The Canadian driver of the Perry Performance Nissan S14 240SX crushed nearly every opponent he faced in 2016, cleared virtually every hurdle by a huge margin. At Round 1: Road Atlanta, he qualified first and finished second. At the following event, Round 2: Orlando, he improved, earning top qualifier and the top step of the podium. In Texas for Round 3, he stumbled a bit, qualifying third but winning the event. And for the season ender at Wild Horse Pass Motorsports Park in Chandler, Ariz., it was another perfect contest – number-one qualifier and the round win. 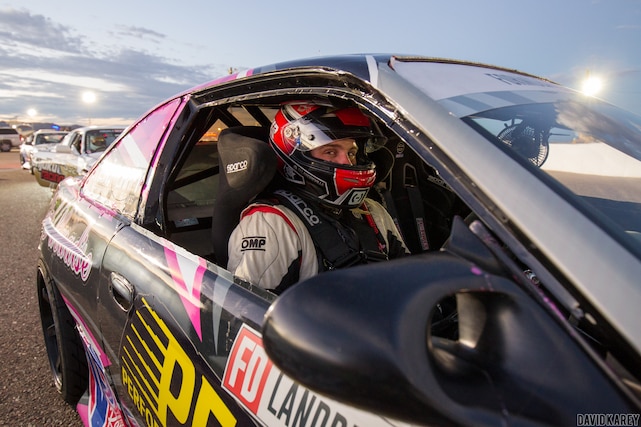 He basically took the great season Alex Heilbrunn had in 2015 and went even bigger. The next closest competitor in the driver point standings was Jeff Jones, pilot of the DOC S14, who is a distant 130 markers behind Landreville. That, friends, is the definition of a rout.

And yet it didn’t look that way, at least for Round 4. We’ve previously bellyached a bit about the uneven year Pro2 drivers have had, but the season finale had more poise and grit on display than we’ve seen all of 2016 (and the driving wasn’t too shabby, either). 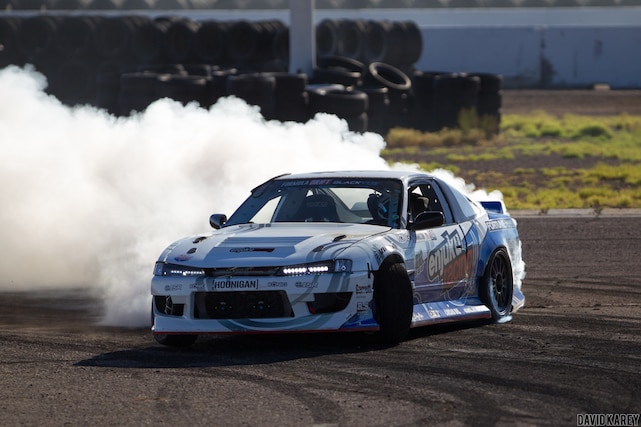 The course was a brand new one, using a portion of the road circuit that snakes its way throughout WHPMP. Drivers launched from the end of the drag strip and initiated into a left-handed sweeper that let out into a short straightaway before another left, then a pair of rights. After the first practice session, judges decided to put a “manji” cone in between the sweeper and straight to keep speeds in check; additionally, the track had two outer clipping zones (in the early fast section) and two inner clipping points (in the slower twisty section). 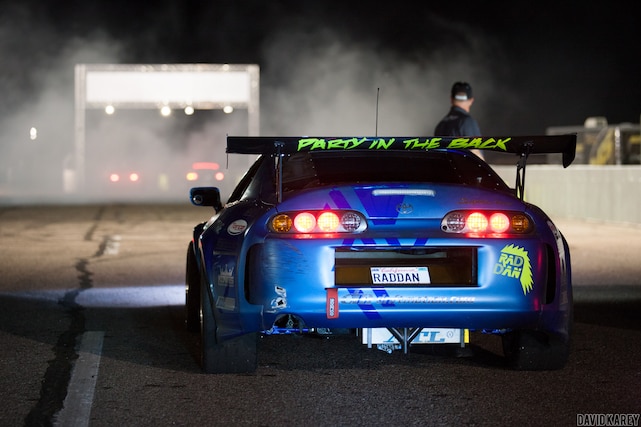 Qualifying was at night, a thankful reprieve from the brutal Arizona sun, but on the downside no one could see a damn thing. Organizers brought in supplemental lighting, but since there was no live stream video team on site – and hence no ability to see replays – judges had to leave the judging tower and stake out vantage points from around the course. They did have video on Saturday, though, and even more lighting, just in time for tandems. As mentioned previously, Landreville ruled qualifying, nabbing a 93, the only Round 4 challenger to get into the 90s. 2015 Golden Gate Drift champ Matt Madrigali in his S13 got second with an 89, but on his second lap ended up glancing violently off of the tire wall past the manji cone, an accident that looked far worse than it actually was; he was able to return to competition the next day. Unfortunately, two drivers who were on the bubble heading into the season finale, ’15 Top Drift champ Trent Beechum in the Falken Tire Mustang and Austin Meeks in the Committed Services S14, failed to make the cut, and both were mathematically eliminated from earning a Formula D Pro license for 2017. 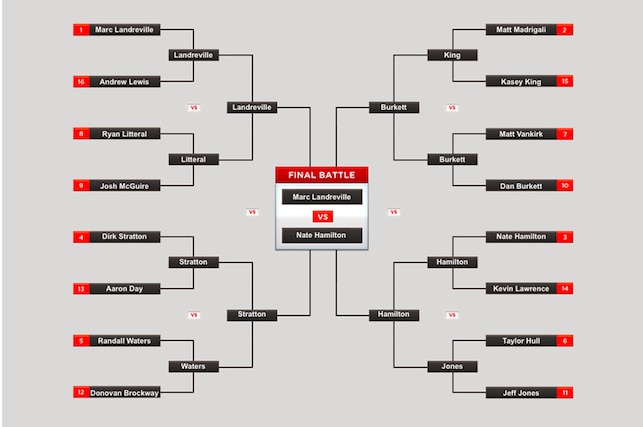 In Saturday eliminations, Landreville wasted little time in dispatching Andrew Lewis’s S13 in Top 16 and Ryan Litteral’s S14 in Top 8. Dirk Stratton, driver of the Stratton Racing C6 “Driftvette” Corvette, was a bit more challenged in getting past Aaron Day’s Trademark Auto House 240SX in the first round and Randall Waters’s IAS Performance S14 in the second, but succeed he did. On the other side of the bracket, our favorite mullet-wearing, Mk4-Supra driving hot shoe Rad Dan Burkett easily beat Matt Vankirk’s wide-body S13 in Top 16 after Vankirk got a zero for going four off on his lead lap, and was too much for Kasey King and his Lexus SC in Top 8. The final piece to the Top-4 puzzle was Nate Hamilton in the Enjuku Racing S13, who got past teammate Kevin Lawrence’s S14 in their opener and stopped Jeff Jones’s charge in the DOC 240SX in their Top-8 battle. 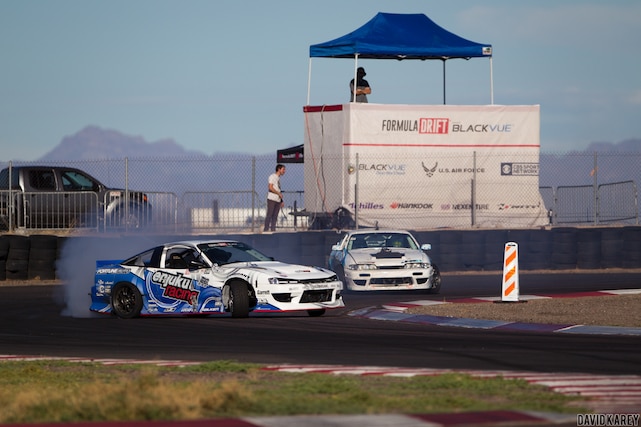 It’s fitting the final two matches of Landreville’s historic 2016 Pro2 season went to One-More-Time tiebreakers, one of the few signs perhaps that the Canadian didn’t totally outclass everyone else in the series (but that’s debatable). He began by going to a OMT against 2015 Midwest Drift Union champ Stratton, a sure indication the Driftvette driver has come a long way in a relatively short period of time. Opposite them on the bracket, Burkett and Hamilton faced off, a match the probably should’ve gone to OMT but instead went to Hamilton. For qualifying higher – in fourth versus Burkett’s 10th place – Stratton picked up a third-place finish, his first podium of the year. 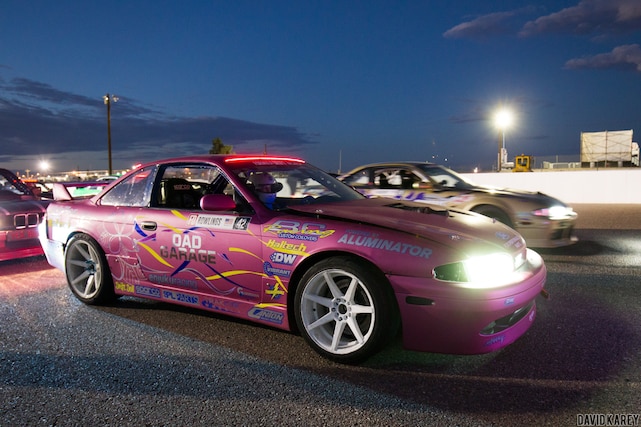 And then there were two, Landreville and Hamilton. In a barnburner of a final, Hamilton put up one hell of a fight, not giving anything up to his Canadian foe. Judges called for a One More Time, but it just wasn’t in the cards this time – word came from Hamilton’s pits that the Enjuku S13 was down for the count. And the event ended with Landreville in first, Hamilton in second, and Stratton in third. To mark the feat, Landreville roasted his rears in a victory burnout that not only popped both tires but also set his car ablaze – epic. 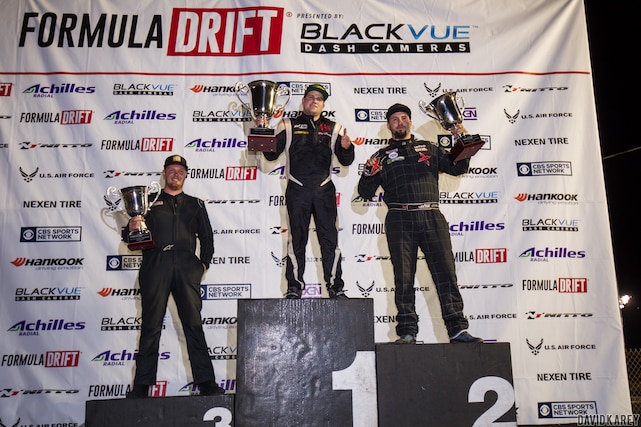 Perfection is elusive, but Landreville came as close as we’ve seen anyone get to it in pro drift; even Vaughn Gittin, Jr.’s incredible 2010 championship chase wasn’t as thorough as Landreville’s. Ok, so maybe Pro2 isn’t actually the top tier, and yeah, there are more rounds in FD Pro – but who’s to say Landreville couldn’t continue his fevered pace regardless of how many events there are in the season? He now joins the class of eight to earn their Pro licenses and potentially move up to the Big Leagues. Will he, or any of the rest, make that leap into the majors? Only time will tell, but two things are certain: Pro2 ended 2016 on the best note possible; and we can’t wait for the 2017 season to get underway. 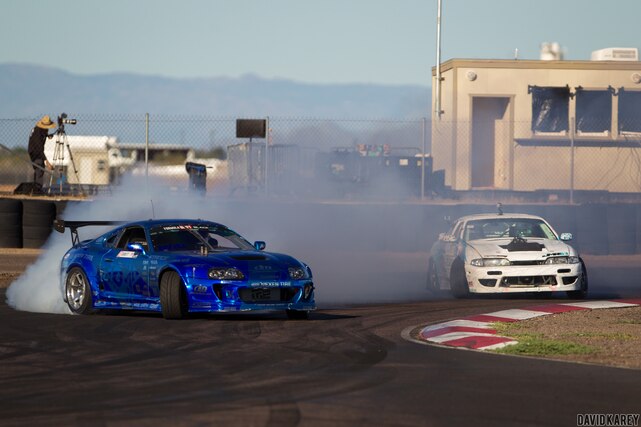 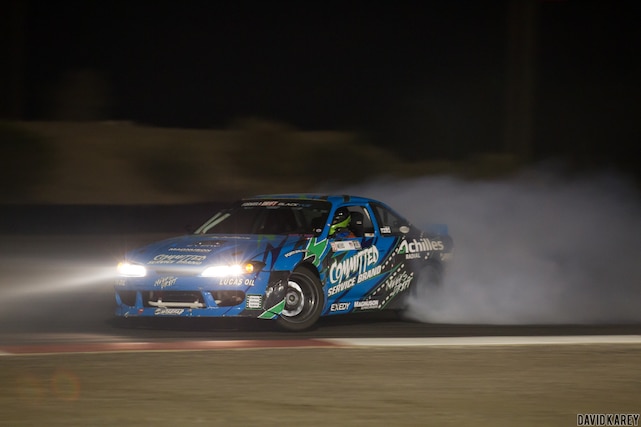 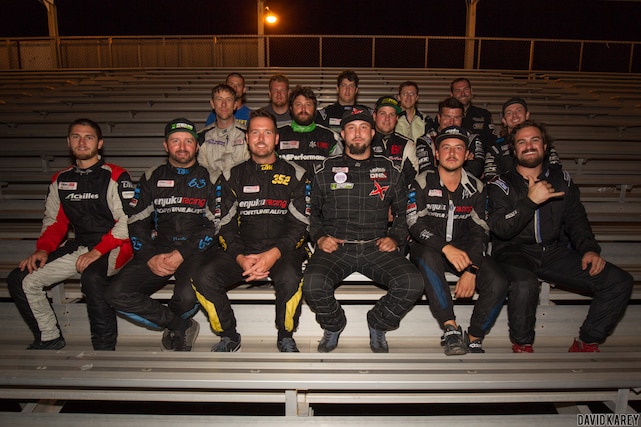 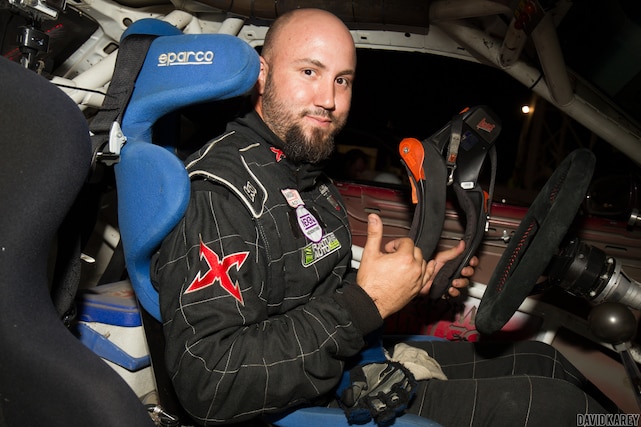 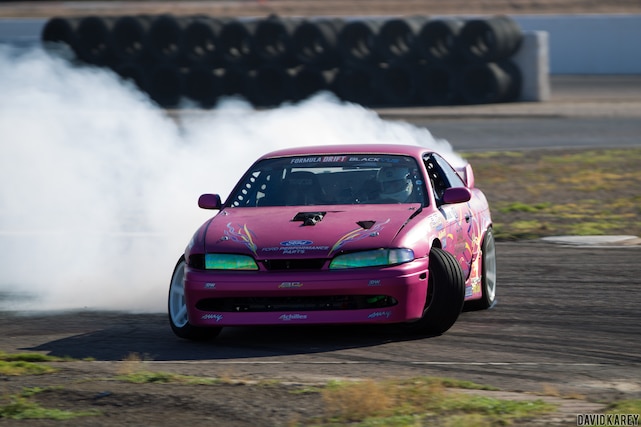 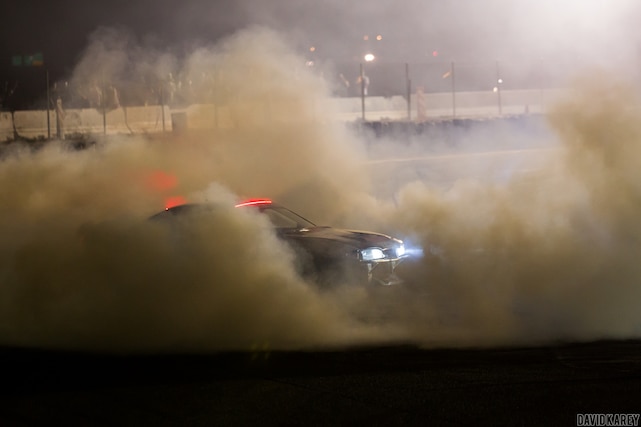