Marc Landreville in the Perry Performance S14 picks up second win, third podium of season in sloppy Round 3 of 4 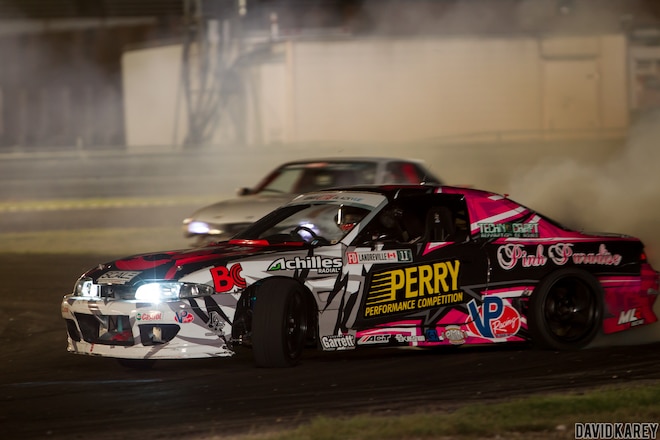 We know the driving in Formula DRIFT’s Pro2 hot-shoe development series isn’t supposed to be as advanced or polished as what you see in the top-tier Pro championship, but 2016 has had more than its share of cringe-worthy moments. One of the highlights (lowlights?) this season will undoubtedly be Andrew Lewis and Austin Meeks’ comedy of errors in Top 8 at Texas Motor Speedway, when the two Nissan S-chassis pilots scored a grand sum of zero points after three laps around the circuit, a total of six laps between them – that’s the pair going out for their first lap and both getting goose eggs, and then doing it again after they switched positions, again for zero scores. And then again on the first lap of their One-More-Time (OMT) tiebreaker orbit. 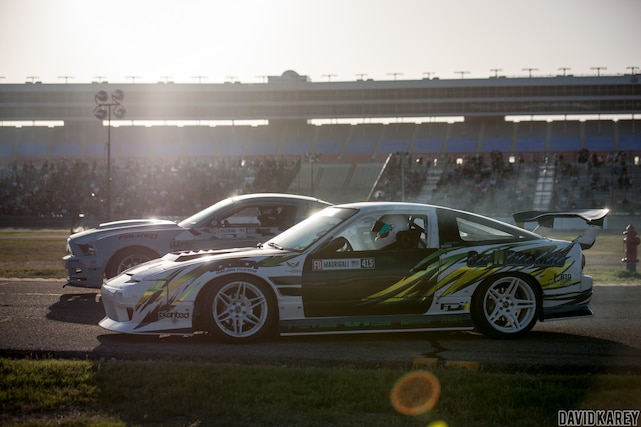 It wasn’t until Meeks’ non-chase on the second lap of the OMT that Lewis emerged the clear victor. Thankfully settled, but man, it was ugly.

Uneven would be a kind way of describing the hit-or-miss nature of Pro2 2016. At Round 1: Road Atlanta, you couldn’t help but notice the nerves on display in the driving, unease that pretty much disappeared by Round 2: Orlando Speed World. We don’t know if it was the three-month layover between Rounds 2 and 3, or the fact that these guys (and gal) don’t get a ton of practice before qualifying or tandem eliminations, but the jitters struck many again in Texas, making for a long Friday night. 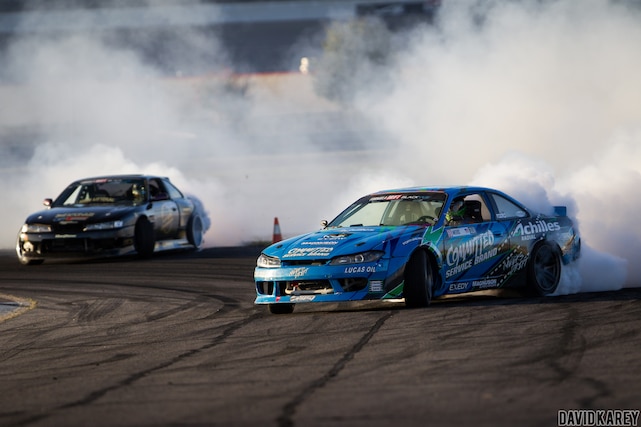 A day earlier, Texan Nate Hamilton in the Enjuku Racing 240SX had scored tops in qualifying, spoiling Marc Landreville’s streak of number ones in the Perry Performance S14. We also saw the field’s only female wheelman, Kelsey Rowlings, get her Kaizen Performance Ford Performance Parts S14 into the Big Dance for the first time this year. At the opposite end of the luck spectrum, our boy Rad Dan Burkett failed to qualify his RAD Industries Mk4 Supra for the first time in 2016 after electrical gremlins hobbled the car – a decisive blow to his Pro licensing prospects, but we have total faith he’ll bounce back before the season is out. 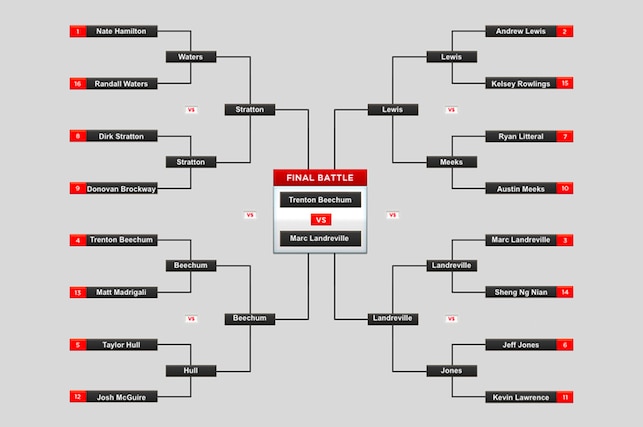 Hamilton didn’t get very far, falling in Top 16 to Randall Waters in the IAS Performance 240; Waters would only last another round, though, losing to Dirk Stratton in the Chevy C6 “Drift-Vette” Corvette. Stratton mounted his deepest run of the year so far, knocking off the BMW E30 of Donovan Brockway in Top 16, and then Waters in Top 8, to get Trent Beechum in his Falken JoyHollyWood Ford Mustang in the semifinals.

Beechum got to Top 4 by first dispatching Matt Madrigali’s S13 in the opening round, and next taking advantage of a huge gaffe in Top 8 by Taylor Hull in his Nissan. 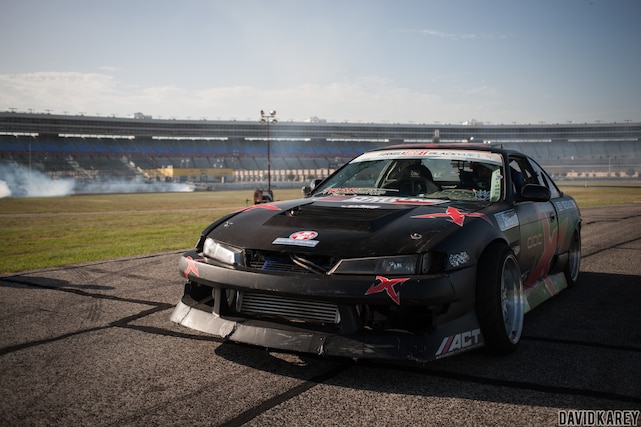 On the other side of the bracket, Lewis began his Friday night by eliminating Rowlings before his laugher with Meeks in the round of eight. The last spot in the semis went to Landreville, who made unavoidable contact with Sheng Ng Nian’s Chaser (Nian’s fault) in Top 16 and then advanced to face and defeat Jeff Jones in the DOC S14 on the merits of a far superior chase lap. 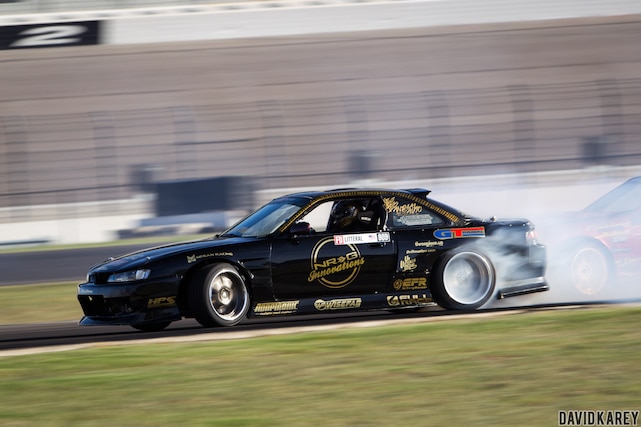 Butterflies may have gotten the better of Stratton in the semis, who couldn’t piece together a score-able run against Beechum. In the other Top 4 match, Lewis was clearly overwhelmed by Landreville, who was surgical in his dissection of the course and his opponent. Lewis still nabbed third place for qualifying higher than Stratton (2nd vs. 8th), the round’s other loser. 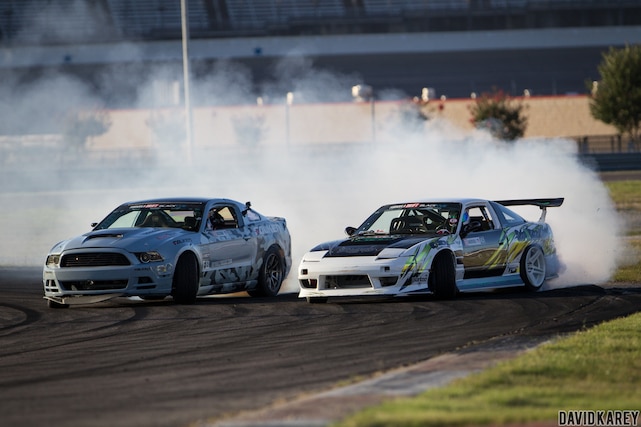 Thus Landreville and Beechum were left to settle the score, a final pairing that got off to a good start before Beechum lost ground in outer zone 3. With the Mustang leading, Landreville did a so-so job at maintaining proximity, but it was a better job than Beechum did from the same spot. The win went to Landreville. 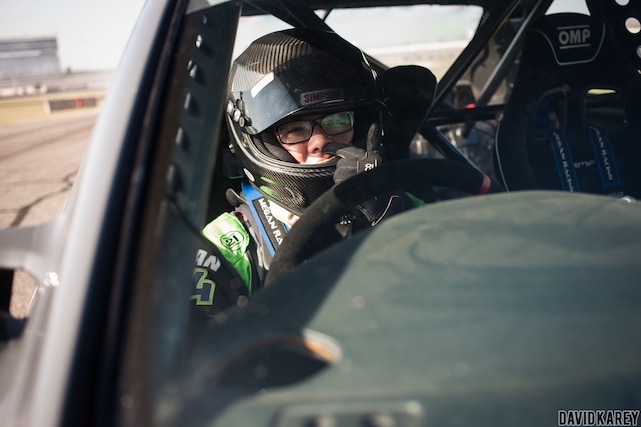 Landreville has now made the podium at every round of the Pro2 campaign so far (three events), and picked up a second straight victory. More importantly, the French Canadian has all but tied up the 2016 Pro2 title, a full 66 points out front of his next closest – and at this point only – threat for the championship, Jeff Jones, and that’s a pretty big long-shot. As far as the top eight (thanks for catching that, Ryan Litteral) vying for Pro licenses, Landreville, Jones, and Lewis seem to have a wide enough margin to count on making the cut, but the other five positions are still in flux, with Beechum, Stratton, Litteral, Hull, and Meeks making up the other potentials. 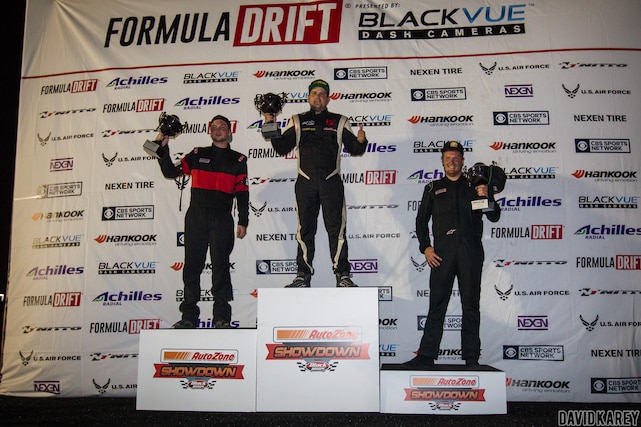 You can bet everyone hoping to advance to the Bigs will lay it all on the line at the season ender, scheduled for September 30 to October 1 at Wild Horse Pass Motorsports Park in Chandler, Ariz. If you can’t make it in person, you can catch tandem eliminations on the Formula D Livestream. Don’t miss it! 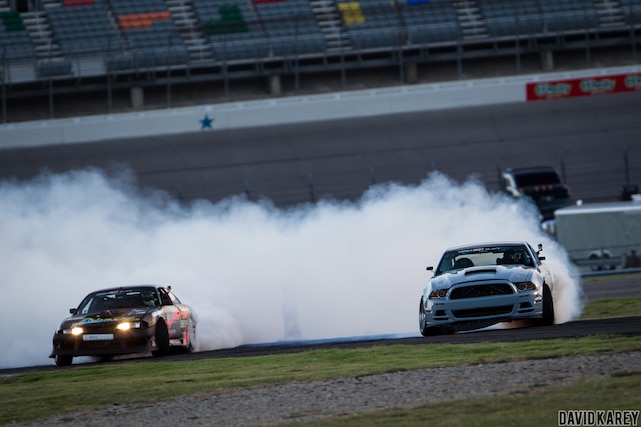 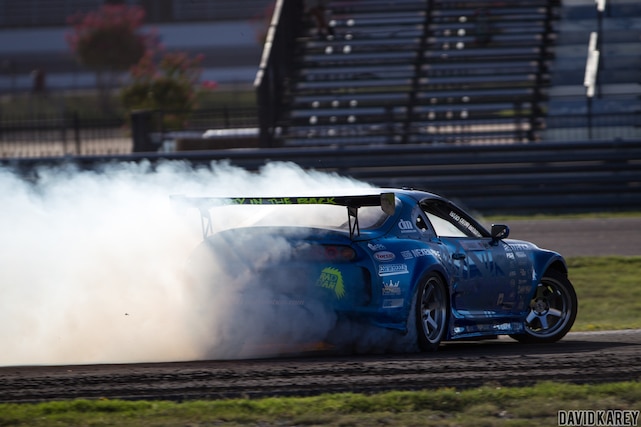 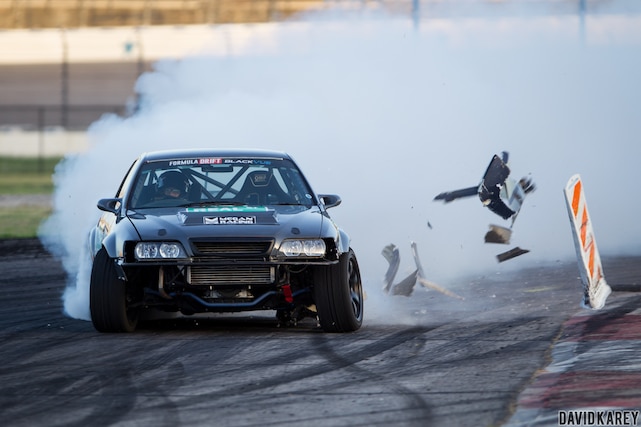 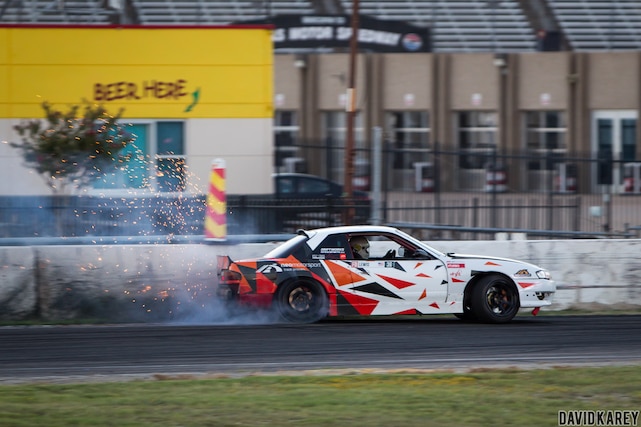 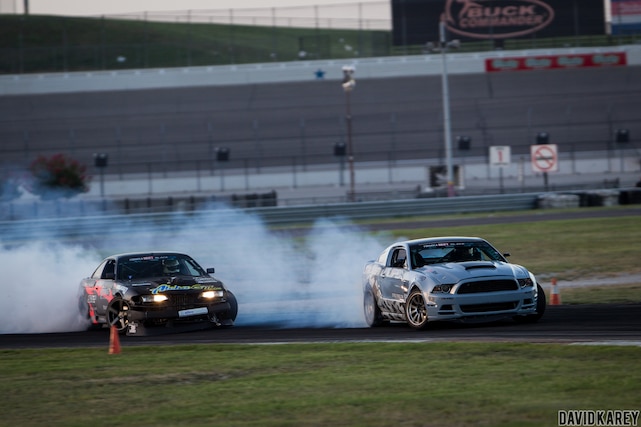