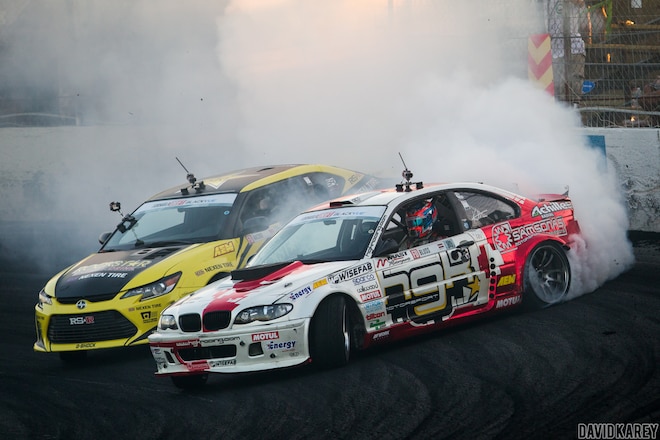 Formula DRIFT returned to the short oval at Orlando Speed World for Round 3 of 8 of its 2016 Pro Championship, and from the start everyone knew it would be different from last year’s rainy affair. The sun showed up this time, bringing unrelenting heat and humidity common to central Florida that wreaked havoc on both man and machine. In the end, 2015 series champion Fredric Aasbo behind the steering wheel of the Papadakis Racing Rockstar Energy Scion tC came out on top, but not without a lot of on-track drama and an equal amount of head scratching from a segment of fans. 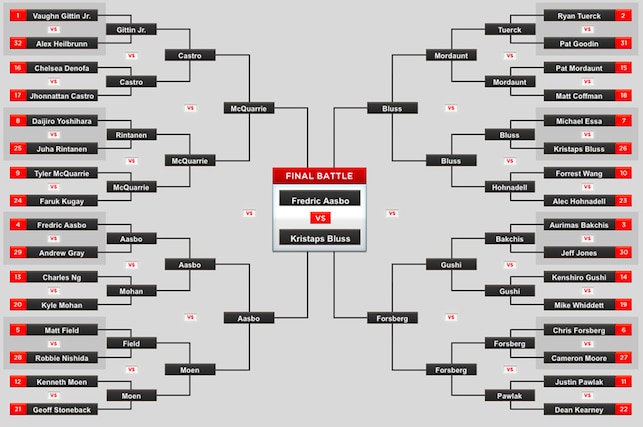 The course mimicked last year’s, transforming the 3/8-mile track into rear clipping zones on either end of the bowl – one on the bank, the other on the inner loop – and two inner clipping points, one each situated at either end of the so-called “power alley” (a term used first to describe the paved area in the middle of the track at Evergreen Speedway in Monroe, Wash.) Friday qualifying saw Vaughn Gittin coming off a solid victory at the previous event at Road Atlanta land atop the order in his Monster Energy Ford Mustang RTR, followed by Ryan Tuerck in the Gumout 2JZ-powered Toyota 86, Odi Backhis in the V8 ARK Performance Hyundai Genesis Coupe, Round 1: Long Beach winner Aasbo, and Matt Field in the also eight-cylindered Falken Driftcave S14. 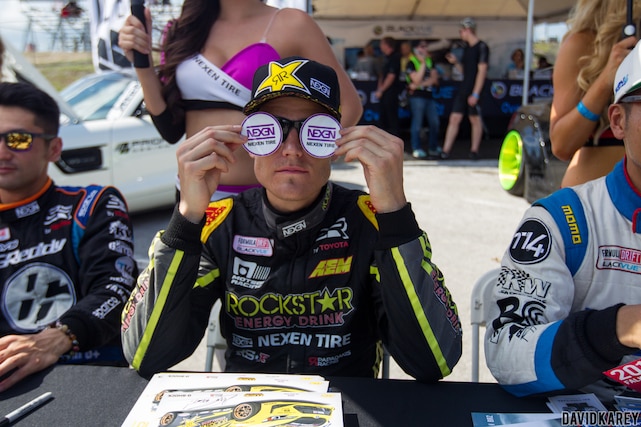 If the drifting fan lunatic fringe in their opinion bubbles were to tell the story of FD Orlando 2016, they might characterize the contest as both grossly misjudged and confusing, and to a certain degree we get where they’re coming from. On the Livestream and from the stands it didn’t look pretty, with event victor Aasbo clearly off the pace on almost every tandem chase lap he had (which the driver attributed to being underpowered), and separately many competitors – including “Mad Mike” Whiddett’s Red Bull 4-rotor MX-5, among others – de-beading tires on their respective runs (in the case of Jeff Jones’ DOC S14, the tire came completely off the rim and rolled away – twice!) 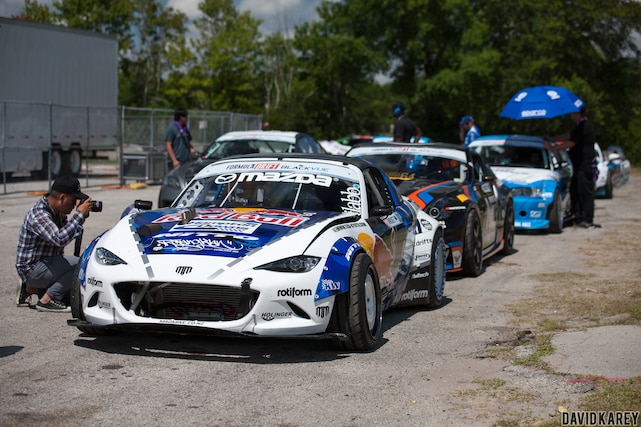 What many viewed as inactive chase on Aasbo’s part, however, was actually not so, at least not this year; a rules revision over the offseason indicates that vehicle proximity for tandem is no longer weighted in scoring like it used to be (which doesn’t address the Norwegian pilot’s bare minimum approach to chasing, but we’re sure he would just say a win is a win, and we kinda agree). With proximity out of the picture, decisions came down to who made the most mistakes, and clearly judges thought Aasbo had fewer. As for the significant rise in tires becoming unseated from the wheel – this was something new to us; apparently in order to maximize grip, competitors are running ungodly low tire pressures, a fairly common tactic in other forms of motorsport but we didn’t know it happened in pro drifting, too, and to an extreme degree. And since bead locks and adhesives are banned from the series, cars were losing tires left and right in Orlando. In one instance, Chelsea DeNofa’s BC Racing E46 was even disqualified from Top 32 for doing just that, running an adhesive in order to keep an underinflated tire on the rim. 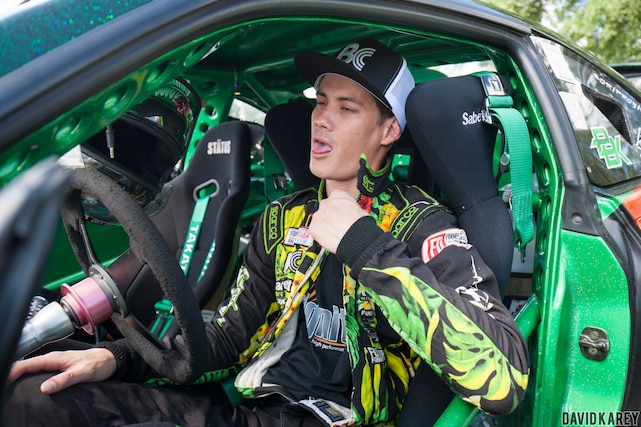 We highly doubt either of these so-called controversies hurt FD in any significant way, only because the series is entertainment as much as it is sport, and there’s nothing like a little drama to drum up interest. Still, organizers may have to do additional tweaking of the rules in order to keep the fanboys placated. 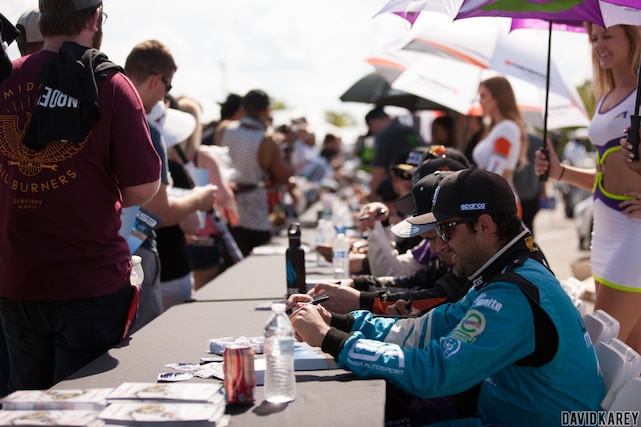 Aasbo’s path to the top step of the podium routed first through Andy Gray in his Toyota Mark II, who struggled over the power alley’s bumps but still managed to push the tandem to a One-More-Time (OMT) tiebreaker, which Aasbo won when Gray spun out (again in the power alley) chasing Aasbo’s tC. In Top 16, Aasbo dispatched a resurging Kyle Mohan in his MazdaTrix 3-rotor MX-5, and then faced fellow Norwegian Kenny Moen in the Team Boost Lock BMW E46 in Great 8, defeating Moen with a better line through the course. In the Final 4, Aasbo faced Tyler McQuarrie in the Mobil 1 Chevy Camaro in a mega-battle that went to double OMT, seemingly surviving and prevailing solely by leading very clean laps. 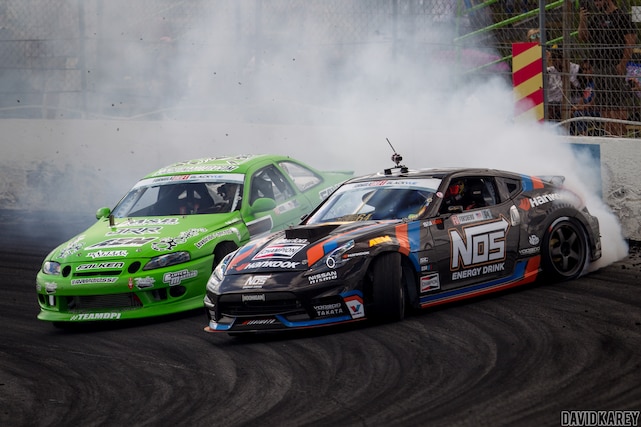 On the other side of the bracket, Latvian Kristaps Bluss in the HGK E46 mounted his first podium charge by initially taking out Mike Essa in the Loud Mouth M3 in Top 32, another victim of the power alley’s bump-strewn surface, and then offing Alec Hohnadell in the Enjuku Racing S14 in Top 16 by outrunning him. Pat Mordaunt in the Drift Paddock 350Z fell next to Bluss in Great 8 after spinning out, and then in the semis Bluss faced the Z of twice series champ Chris Forsberg, sticking to his door on his chase and then pulling away from the champ on his lead. Advantage Bluss. 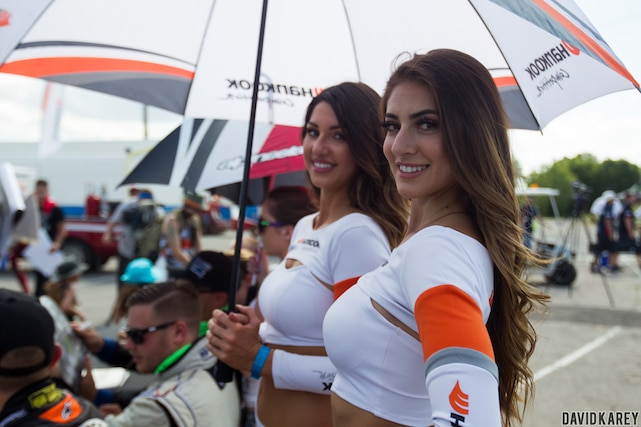 Indeed, Bluss was on a tear, doing everything in his power to destroy all comers. He would’ve likely won, too, putting in an incredible chase against Aasbo but then himself spinning out from the lead spot at the second inner clip. Aasbo took the W, Bluss second place, and Forsberg third for out-qualifying fourth-place finisher McQuarrie (6th to 9th, respectively). 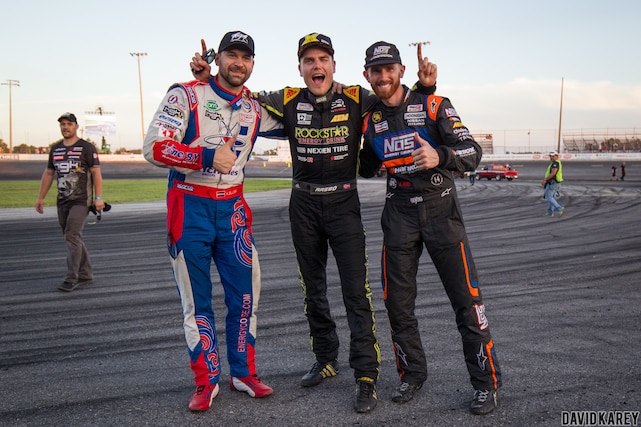 We were mightily entertained by the event and can’t wait for the next, set for June 17th and 18th at Wall Stadium in New Jersey. In the meantime, Aasbo takes the lead in the point standings with 206, jumping past Gittin at 194, but with five rounds yet to play out we know 2016 is still anyone’s game. If you can’t be in Jersey, make sure to watch all the action on the Formula D Livesteam. 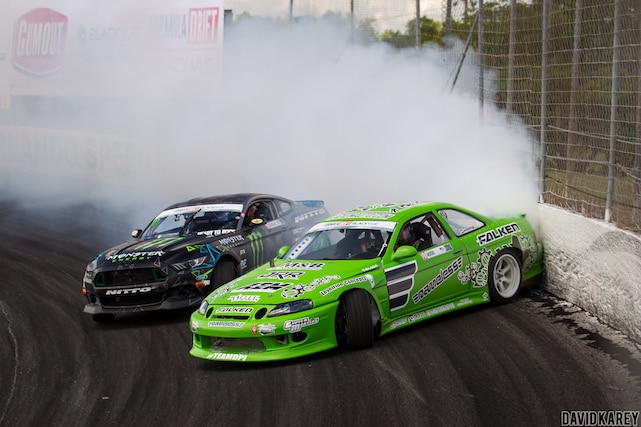 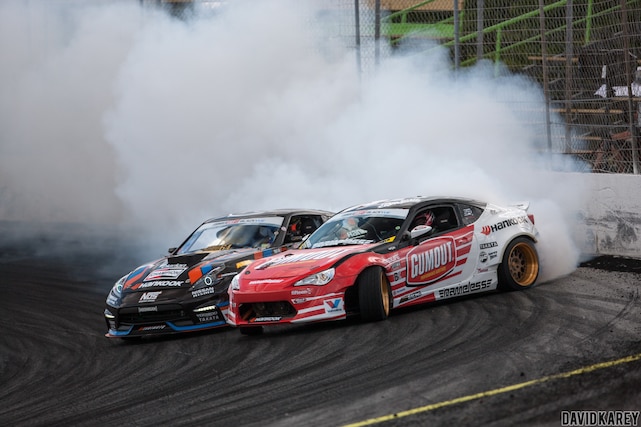 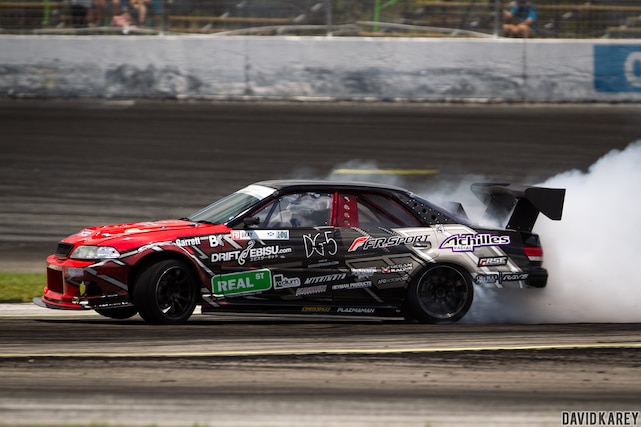 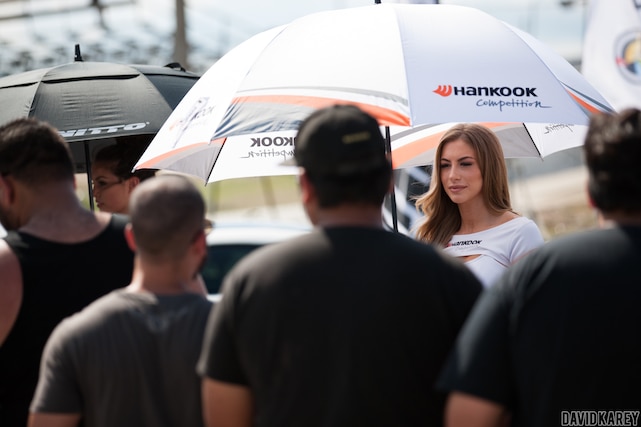