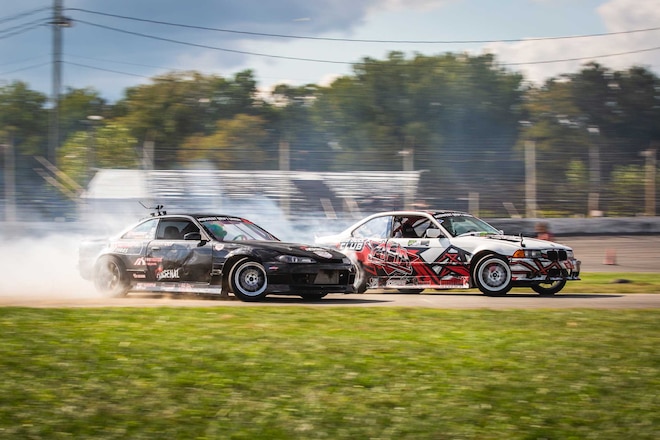 After hosting a successful Formula DRIFT pro-am program since 2010, the Midwest Drift Union announced the end of the series in late 2017. After crowning Geoff Donati series champion and sending him, Garrett Denton, and Jonathan Hurst on to Pro 2 with their licenses, it seemed the staple Midwest series may be gone for good.

Then an announcement came in early 2019 from its Facebook page that indicated the series would return for 2019, though how, when, and where wouldn't be revealed for some time. A couple months later, it was announced the series would transmogrify from a traveling series across the Midwest to a single event shootout at one of the best-loved tracks in the Midwest, Kil-Kare Speedway in Xenia, Ohio. Working with U.S. Drift and Sonoma Drift, which themselves would also run shootout style competitions for 2019, registration for the refreshed MDU sold out in no time, pitting 40 drivers against each other for the chance at a large cash prize and coveted Formula DRIFT Pro 2 license. 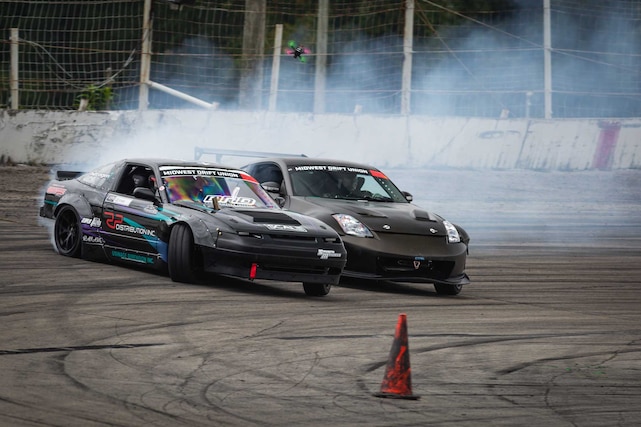 Drivers came from all over the U.S. and Canada, getting eight full hours of practice on the Friday before competition. However, the format design meant none of them would qualify in the normal sense. Instead, those drivers who didn't break their car in practice grabbed beer cans with numbers representing a qualifying spot on the bottom, ensuring a completely randomized field for the double elimination bracket.

The original schedule saw the competition on Saturday starting at 10 a.m. going directly into competition with no practice at all. However, rains the night before soaked the track so it was decided drivers would have a 30-minute practice session, helping to dry things up before the real action commenced.

Despite starting about an hour later than anticipated, and several wall impacts that required some downtime to clean up, the 78-battle (!) event was completed with such fluidity that it even ended an hour earlier than anticipated. To even begin to give the full breakdown would take be a monumental undertaking, so we'll jump straight into the final group of pairings. 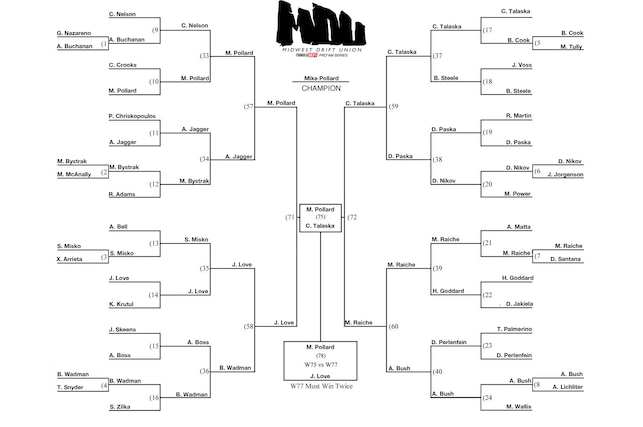 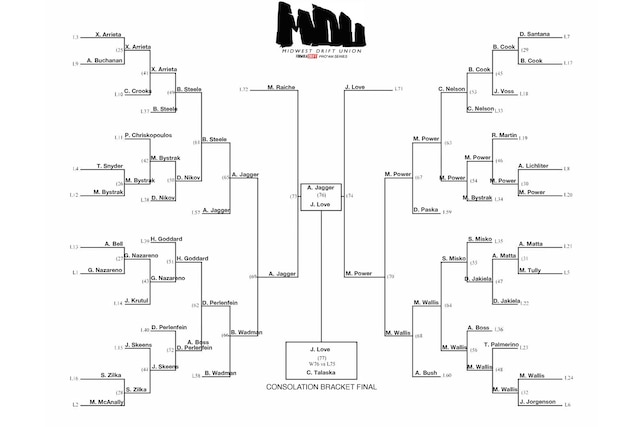 Coming into the semifinals in the "winner" bracket, "Magic" Mike Pollard and his S14 drew Josh Love's E36, with Pollard getting the nod after each had knocked out three other drivers to get to their pairing. On the opposite side, it was the same story with Cory Talaska and his red E36 meeting Mike Raichie and his RHD S13, who had three wins and a bye coming into the 72nd battle of the day. Alas, it was Talaska getting the win.

On the losers' side, Raiche dropped down to do battle against the purple S13 of Alex Jagger, taking his second loss to give Jagger the win. As Love had only lost once so far, his chance for redemption came in his battle with Mike Power's black S13, where he got the win to face Jagger for a spot back in the winner's half of the bracket, which he did. 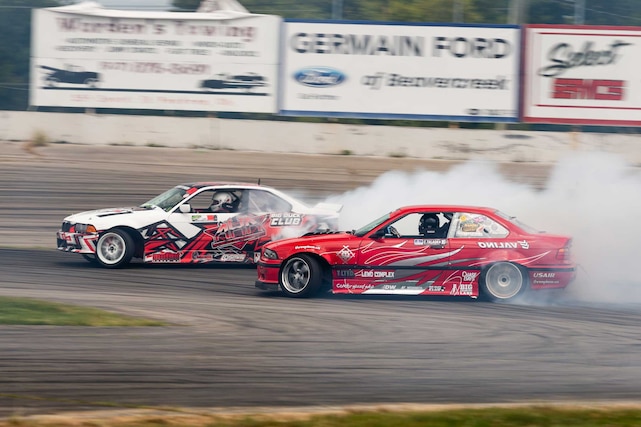 This all resulted in Pollard doing battle against Talaska, where an abrupt reduction in the number of available gears on Pollard's car caused a major slowdown on his lead run, with Talaska having nowhere to go but into the back of Pollard's car. Though Talaska was able to repair his E36, a spin on his lead run granted Pollard the win and secured a spot in the final battle.

Because by this point both Talaska and Love had only suffered one loss each, it meant they would do battle to determine who went on to face Pollard in the finals, and who would go home at the conclusion of that pairing with the bronze prize.

Damage to his Talaska's E36 from contact with Pollard on Talaska's follow run led to a hasty fix causing unexpected snap oversteer on his lead run, knocking him out of contention for the win. 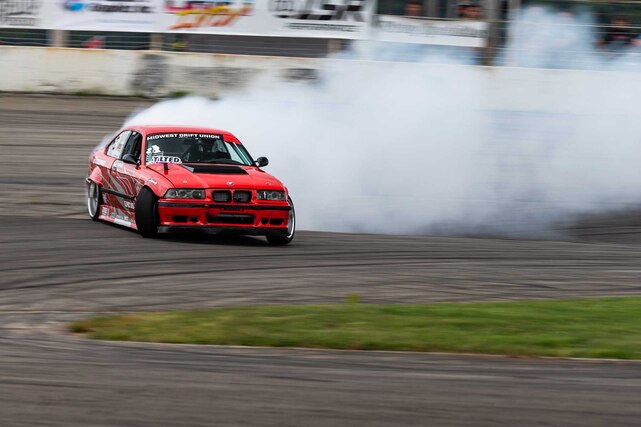 "We came here, 14 hours away, and we didn't really know what to expect to be honest," Talaska said. "This is the first time the car has hit the track this year. Being able to perform the way we did today was really sick, not to win battles by people making mistakes, but to win head-to-head battles over and over again."

Talaska, who last year competed in the East10 Drift Pro-Am series, missed his license opportunity by a mere two points. This year the E36 sported a 2JZ out of an Aristo with a fully built bottom end and a Garrett GTX 3582R. Helping manage that is an AEM Infinity ECU tuned by Vlad at National Speed in North Carolina. The BWM puts down about 670 hp to the wheels at 20 psi.

"We had a lot of success last year and it was the first we'd ever competed, so we were learning as we were going, but it was really clicking fast with how the car was setup and how my driving was and we just came a little bit short, which really pushed my driving this year," Talaska said.

Talaska added he would be taking the next couple months to decide whether he would jump straight into Pro 2 next year pending the possibility of an off-season sponsorship or take 2020 off to prepare for a 2021 run at the championship. 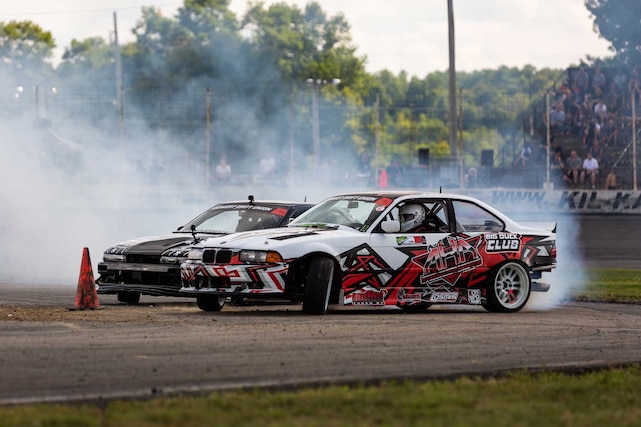 The battle between Love and Pollard in the finals was intense, especially considering the addition of two neutrals in place of third and fourth gear in the latter's car. Love had almost not even made it to the finals, much less the earlier stages of competition, as he snapped an axle during practice, requiring an early morning trip to a local fabricator who welded two axles together to form one functioning unit.

Alas, as in 2012, Pollard would once again claim the MDU title with his good friend Love scoring second.

"We're team mates at this point," Pollard said. "We both work with After Hours Autosport, and that's what we wanted going into this weekend, a one-two together. We accomplished our goal no matter what happened in the finals. I was happy I made it here and could accomplish what we wanted." 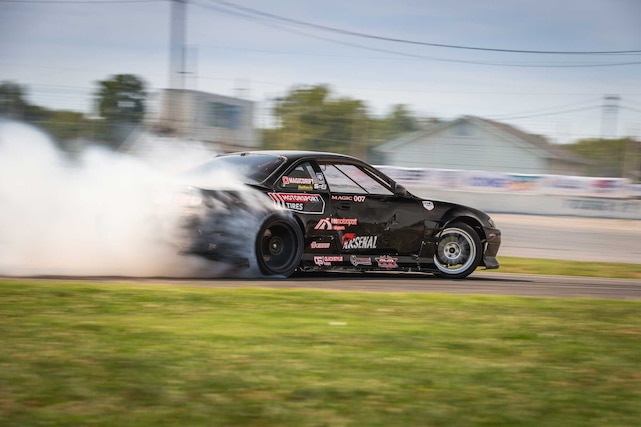 But the road to the winner's circle was littered with obstacles. After blowing his engine in another shootout in Colorado two weeks prior, Pollard and his team got the car loaded up the car the Wednesday before comp, traveling from Albuquerque to make the MDU shootout. His tires didn't show up for practice, so Pollard spent Friday's session on scrubs. The morning of the competition, a pinhole caused his power steering system to blow a hose, and of course there was the transmission debacle that started in the semifinals. This all happened in a car borrowed from Matt Dale in Las Vegas.

"I was in a position mentally to take the loss because things were breaking and there was nothing I could do," Pollard said. "But my buddy, Rick Carmosino, before the final battle said, 'Hey, you think you should squeeze a little more RPM out of that?' I thought that sounded like a good idea, so we grabbed the laptop, hooked it up and used Team Viewer for Matt to get in and bump it from 7,600 to 8,250rpm to give me a little more wheel speed, and I'd say that was the magic recipe and we made it happen. Pro 2 is something I've always wanted to do."

Love echoed that desire to compete in Pro 2, stating that his so-far reliable car would be the vessel that carried him into that realm, albeit with a few modifications.

"We are absolutely going to push for Pro 2," Love said. "We're sticking with the same setup, but maybe a little bit of boost to keep up with the big boys, throw a stickier tire on and see what we do."

Simplicity has so far been at the heart of his recipe, which consists of a cammed NA LS3 with a dogbox and Winters quick change. 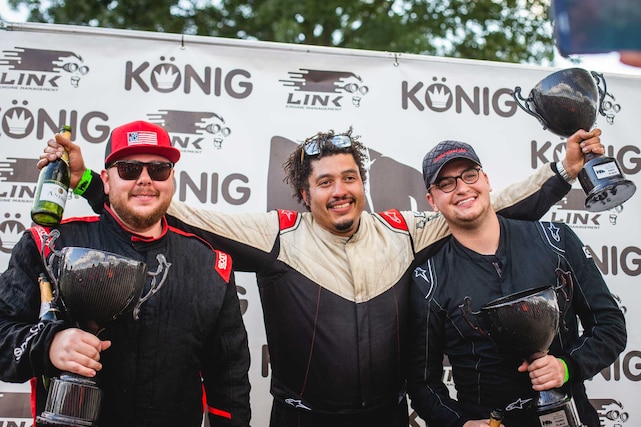 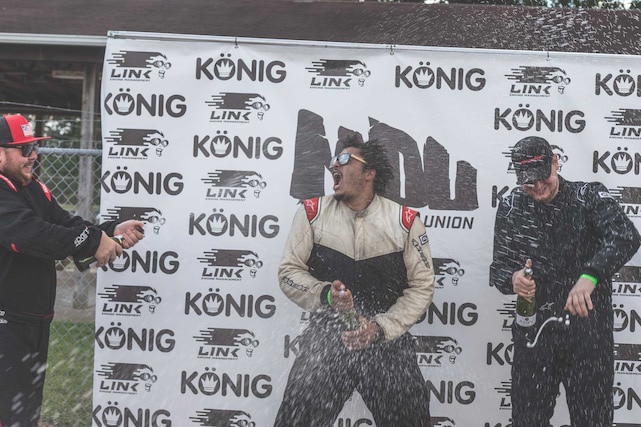 "The car has been great," Love said. "Justin from After Hours Autosports built this thing and we haven't any major problems with it all year. This is what keeps me going. We drive it consistently, and don't have to drive it on the edge because we know the car is going to make it. It doesn't have a ton of power but it's really reliable and we don't have any issues to work through."

Head of operations at MDU, Edgar Sarmiento, said the absence of a 2018 season helped to rejuvenate the program for the success it experienced for 2019.

"I think the year that we took off allowed us to really reset and get with our longtime friends at U.S. Drift to put our region where we want it to be," Sarmiento said. "I think the class of 2017 inspired and motivated me to bring back the series in this format. I think it's the right one for drivers who are building a program to go from shootout to shootout in different regions and drive with those different drivers and compete at this level."