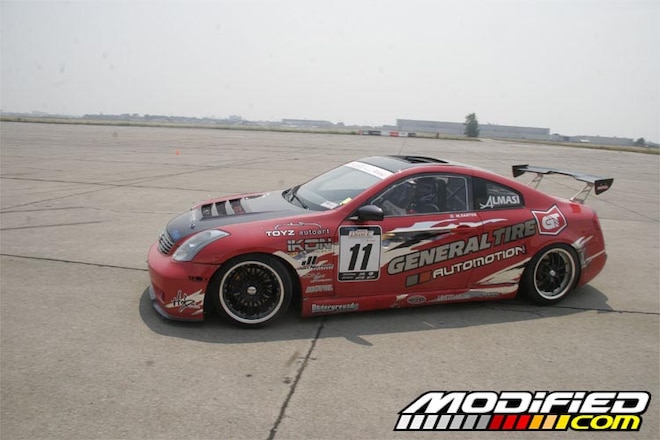 The Castrol Drift Mania Canadian Championship, founded in 2005, is the first professional drift series in Canada. With over twenty drivers registered for the 2007 Championship, the Castrol DMCC is the only drift series in Canada that offers drivers a $2000 prize purse per event, professional drift judges from the U.S. including Chris Forsberg, Tony Angelo and Vaughn Gittin Jr., and a level of professionalism and organization that parallels other top racing series in North America. And with their next event scheduled for August 18th and 19th at Downsview Park – located in the heart of Canada’s largest and North America’s forth-largest city, Toronto, Ontario – there’s every reason to think this will be the biggest drift event ever held on Canadian soil.

2006 was a breakout year for Drift Mania, with the addition of Castrol as Title Sponsor and the championship series is looking even stronger in ’07 thanks to Castrol’s continued support and the involvement of Mazda as well as many of the biggest names in rubber including Toyo Tires, Kumho Tires, General Tire, and Yokohama. As one of Drift Mania’s spokesmen pointed out at the press conference, without the support of tire manufacturers, a pro drift series has zero chance of getting off the ground. This being the case, the Castrol DMCC looks to be in great shape with the support of their current roster of sponsors and with a strong showing at Downsview Park, both in terms of driver talent and fan participation, we may just see a future Formula D champion emerge from the land known best for hockey players and maple syrup.

For more info about the Castrol DMCC and the upcoming event in Toronto, go to www.driftmania.ca 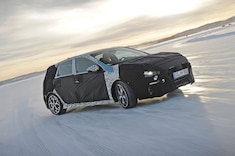 Listen to the Hyundai i30 N as it makes its way across a frozen lake in Sweden. The hot hatch debuts in Europe later this year. 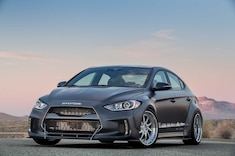 The day before SEMA 2016 went down, Hyundai gave us a chance to get some seat time in their new '17 Elantra. 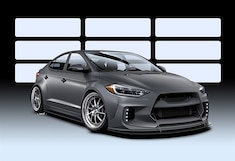 With ARK Performance, Hyundai created the Road Racer Elantra Concept for the 2016 SEMA Show, which takes inspiration from road racing and time-attack vehicles 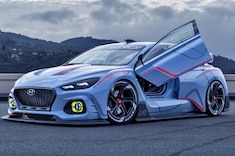 Hyundai RN30 concept is a taste of things to come from the N performance brand. 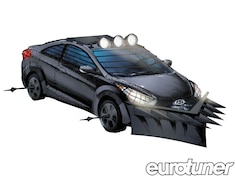