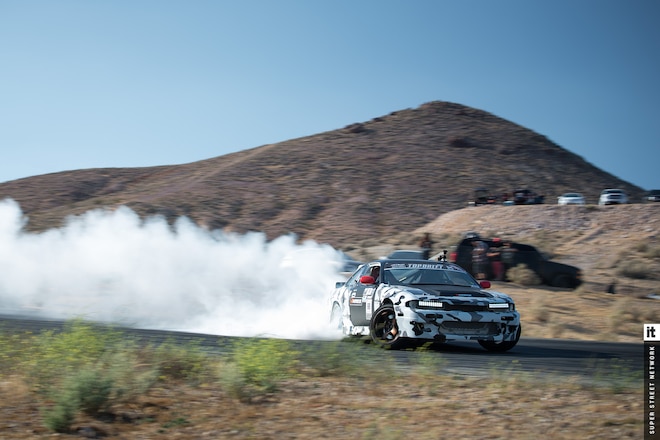 Top Drift - Just Drift's top-flight competition series for drivers vying for Formula D Pro 2 licensure - attacked California's Willow Springs Raceway for the second time this year, this time tearing up the tarmac of the facility's Horse Thief Mile. A favorite among drivers and fans for its steep elevation and paddock vantage points, 2015 second-round competition upheld the precedent set by the season opener, with pro-level drifting from several leading drivers. 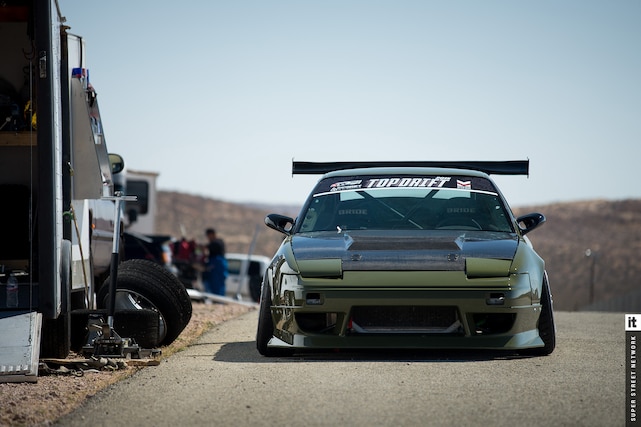 While it could be called an FD feeder series, Top Drift rules are a bit more liberal than the pro ranks, allowing for a wide range of legal competition cars (and trucks). And as an amateur series, it's one of the best places to still see cars powered by SR20 and KA24 inline-4s, 13B rotaries, and VQ36 V-6s hold their own against the V-8-powered machines. Case in point: Kenny Chieu, who slid into second place in a borrowed S13 240SX with a stock-block SR20DET under-hood, finished ahead of first-round winner Adam Knapik and his V-8-motivated, Wise Fab-clad S14 (who laid down two of the most perfect qualifying runs we've seen in Top Drift). 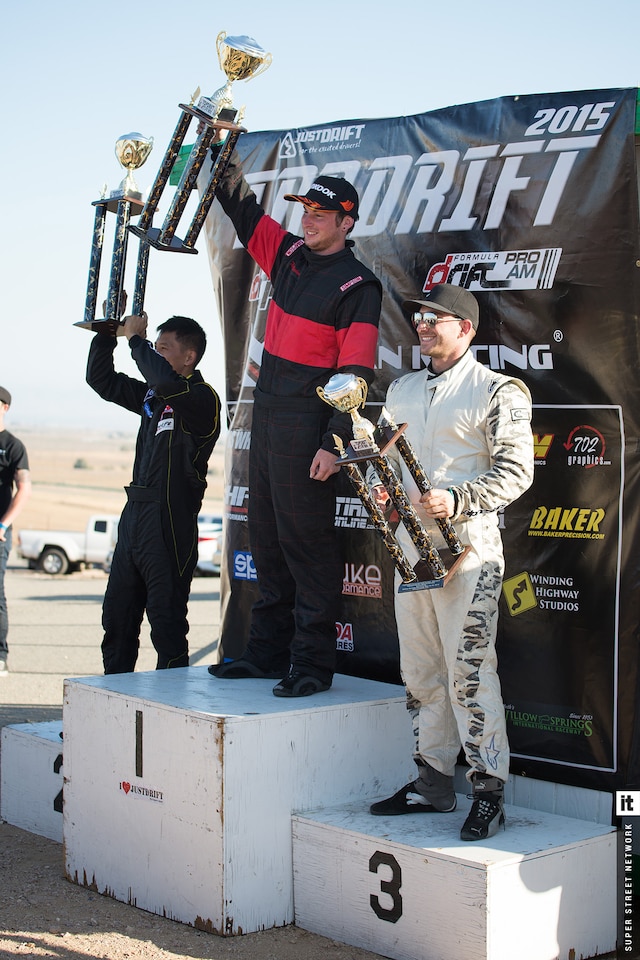 Alas, that proven V-8/S-chassis combination once again proved its worth, as Trent Beechum and his LS-powered urban camo S14 claimed the top spot on the podium after two days of near flawless performance. 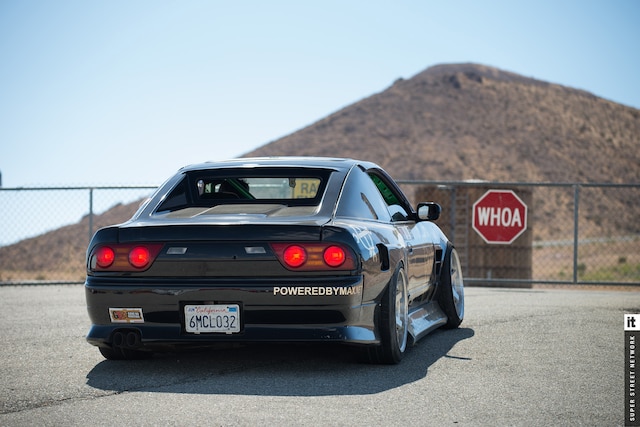 Top Drift returns June 20th to conquer yet another of Willow Springs' venerable tracks - the Walt James Stadium oval - in its third of four competition rounds for 2015. Stay with us for more and click over to justdrift.com to get involved. 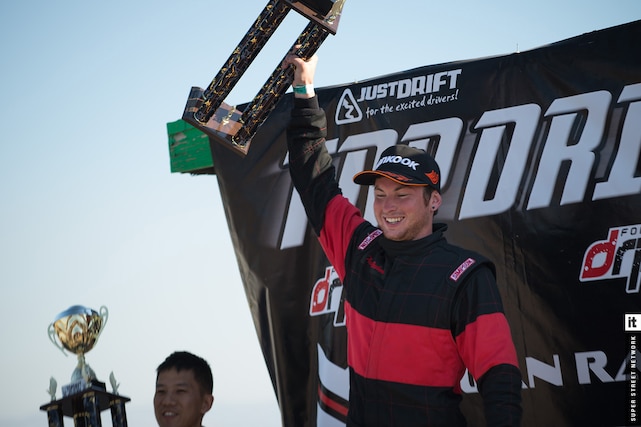 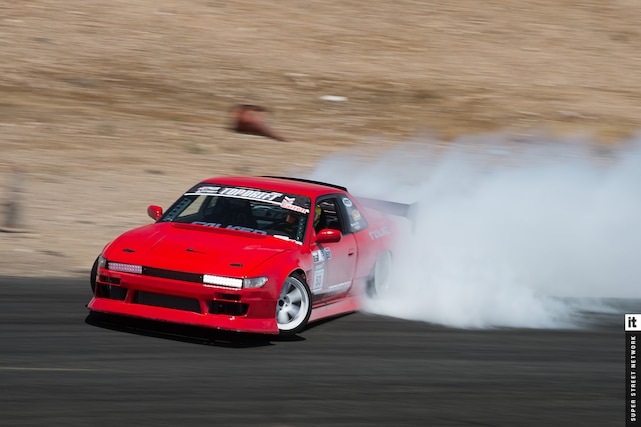 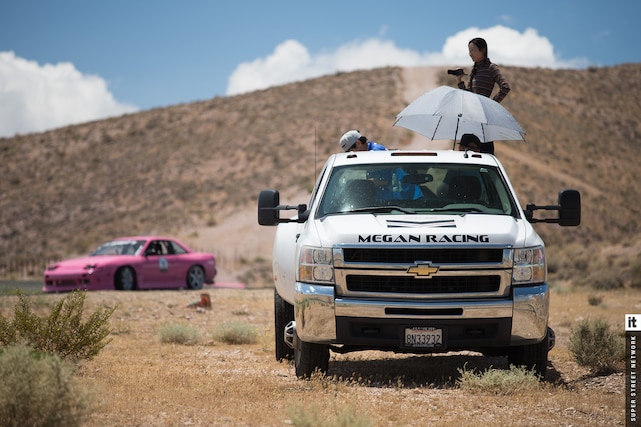