From classic Datsun to the latest Infiniti, from attainable Sentra to nearly unobtainable GT-R, NissFest had everything you could want to look at from Nismo’s gallery of vehicles 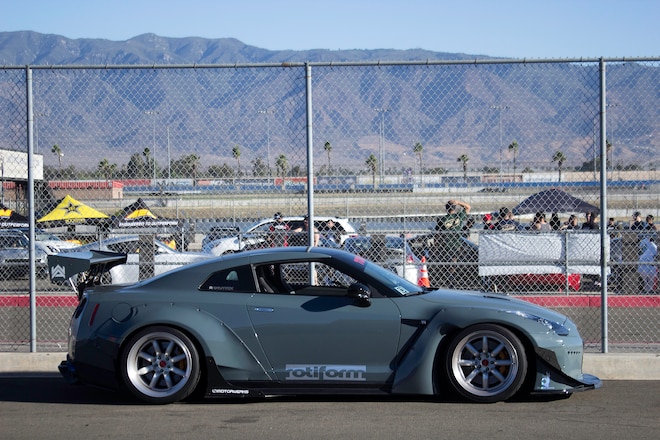 It might be one of the biggest all-Nissan fests on the West Coast, but one thing is for certain: NissFest is the absolute celebration of all things Nissan. From classic Datsun to the latest Infiniti, from attainable Sentra to nearly unobtainable GT-R, NissFest had everything you could want to look at from Nismo’s gallery of vehicles. To top that off, the vendor midway was packed by everyone who makes parts for your Nissan. Finally, drivers were given the opportunity to run the infield road course of Auto Club Speedway in Fontana, Calif. during the NissFest track day and the sixth round of the 2016 Redline Time Attack Series. 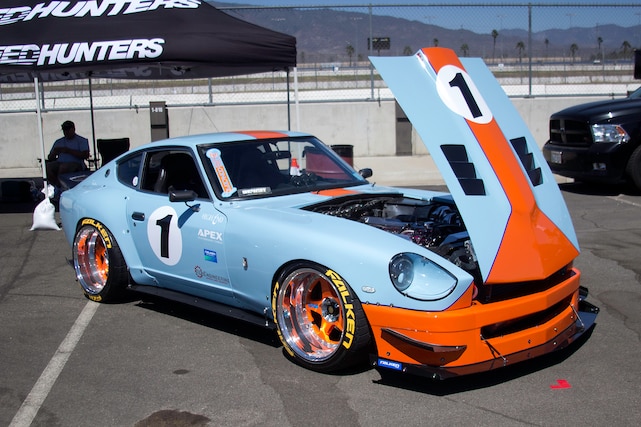 When it comes to Japanese cars, my personal favorite make will always be Nissan. It was my first vehicle (1986 Nissan 720 Pickup), I have family that used to work at the Tennessee Nissan plant, the first car I raced (2006 Nissan Sentra SE-R), the first vehicle I went desert camping in (2003 Nissan Xterra), and my current daily driver (2000 Nissan Pathfinder). So you can understand why I get a bit excited about an event that’s nothing but Nissan. Datsuns and I just go way back. 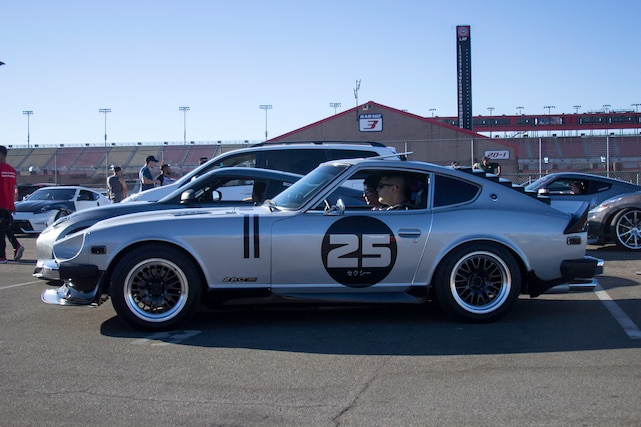 I’m not the only one; Stillen, a major sponsor of Nissfest, definitely has an attraction to Nissan, with founder Steve Millen having been a factory driver for their IMSA efforts back in the 1980s and ‘90s. Kyle Millen was even on hand to talk with event goers all about Stillen and Nissan tech. While they have broadened their focus to work with many other marques, Nissan is still at their core. They not only had their GT-R on display but also the new Radi-Cal brake system by AP Racing, which Stillen imports.

When it comes to the JDM GT-R and getting them to the US, no other company knows more about the process than International Vehicle Importers and Sean Morris. These guys are the go-to for importing your Skyline to the USA and working to make it legal. They had two R32 GT-R on display at NissFest and it was the second event for them as they were at the Japanese Classic Car Show in Long Beach the day before. 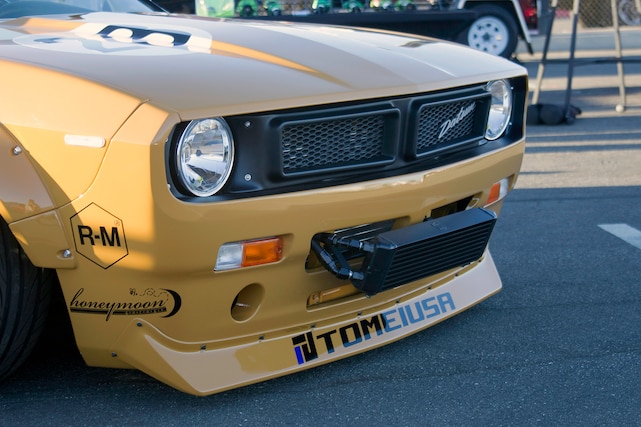 And then of course there was the car show. The vehicles on display were nearly all driven in and ranged from classic Datsun, brand new Infiniti sedans, Zs for as far as you could see, and Sentra. Yes, even what many outside of Nissan would classify as the “lowly” Sentra were on display and proudly. Rightfully so, too. This was the Civic fighter back in the 1990s and partially – or even mostly – responsible for sport compact performance thanks to the SE-R versions. Yes, Honda had the Type Rs but never really brought them to the US (save for the Integra as an Acura), but Nissan brought performance to the masses with the B13 Sentra SE-R and continued on until the B16 before making the Sentra into … well, we won’t go into that. There seems to be hope in this newest generation Sentra, the B17, but it will hard to ever beat the original B13 or even the more recent B15 SE-R Spec V. 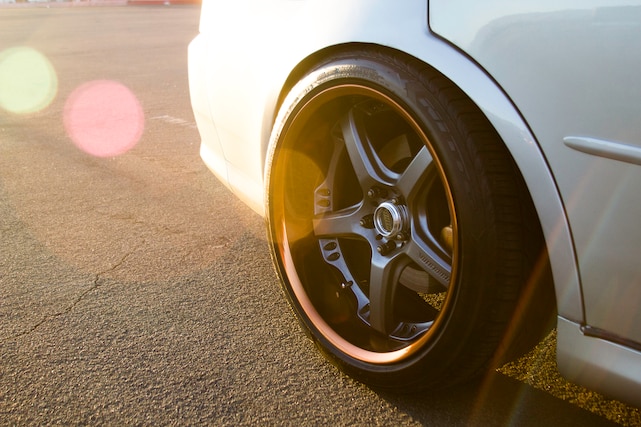 The big feature of the weekend was the track events put on by Xtreme Speed Track Events and the Redline Time Attack Series Round 6. While it wasn’t on the big oval, the Sports Car Infield Road Course still features some decent spots to generate speed. Nissans were on the attack here with 350Z, 370Z, G35, G37, and GT-R all taking to the track to set down times to be the fastest Nissan of the event or just enjoy a track day. Taking the overall in Unlimited AWD was David Haagsma in his GT-R with a 1:05.742. Will Wattanawongkiri took Unlimited RWD with a 1:07.832 in his Nissan 240SX S13. Brian Hendricks in his Nissan 350Z took the Modified RWD win with a 1:13.141. 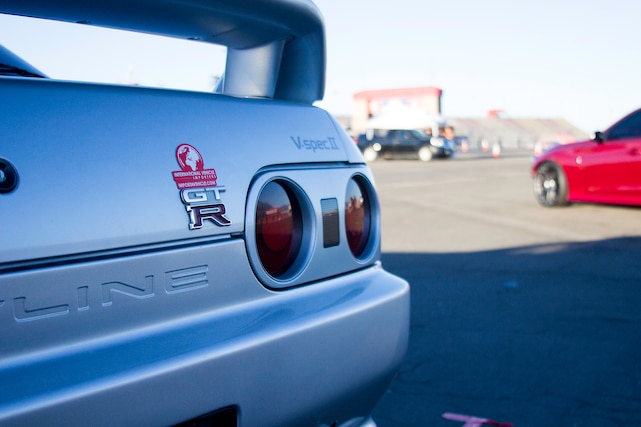 Overall, NissFest was larger and better than last year according to many of the vendors and enthusiasts we spoke to. Nissan enthusiasm is something that will probably never die or even fade away. In the 58 years of Datsun/Nissan in the US, the brand has been through a lot, with many ups and downs. While many fans yearn for a FR-S-fighter S16, an SE-R revival, or even a car with simpler design, their love of the brand still shines through. Nissan will never die in the US and NissFest is shining proof of that. 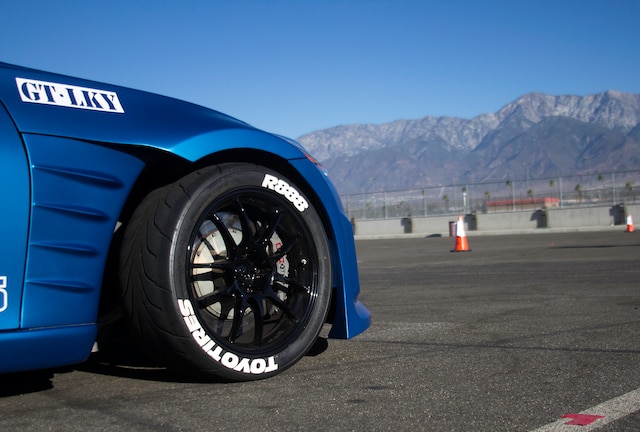 Import Tuner
A90 Supras of the 2020 Tokyo Auto Salon
Physical proof of how much the aftermarket has enthusiastically jumped on the Mark V bandwagon
Bob Hernandez – Jan 16, 2020 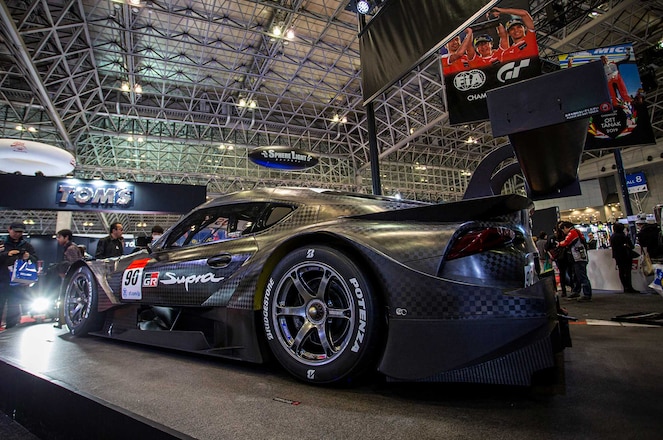 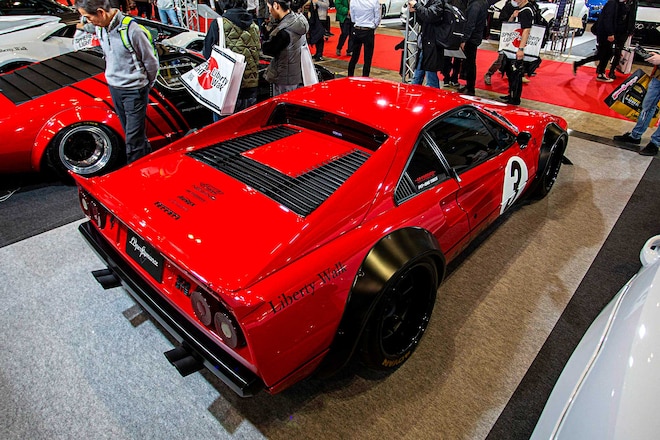 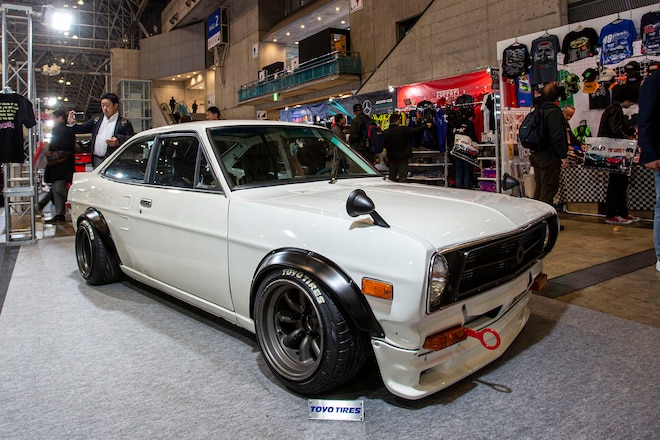 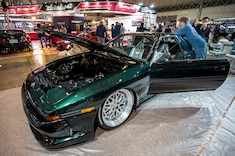 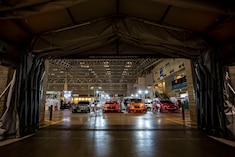 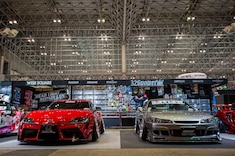 Get an exclusive look at the 2020 Tokyo Auto Salon during the setup stage right before the doors open to the public. 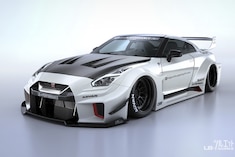 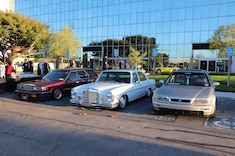 South Bay Sundays teams up with Tireco, and Gasratz Customs to host one of LA Fire Department and ABC7's "Spark of Love" toy drives