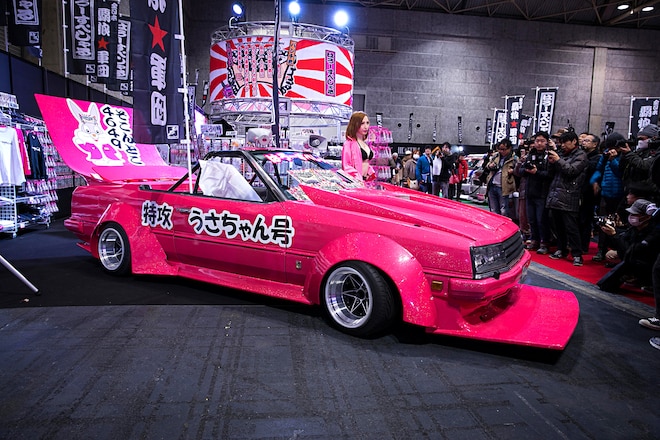 1. This yellow Rocket Bunny 180SX reminds us of Siro Watanabe’s pink example featured in our ’14 Japan issue. What’s sick about this one, however, is the Toyota 4.0-liter 1UZ V-8 that’s under the hood! 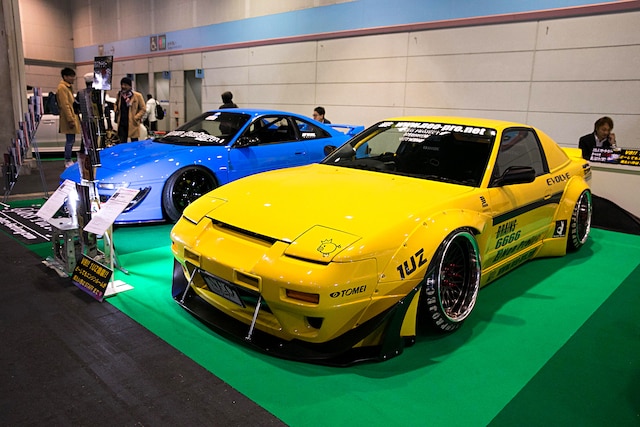 2. If this DC2 Integra looks familiar, it’s because it should! This is in fact Michael “HeyMikeyyyy” Cristi’s ’95 GS-R that was built in Southern California and featured on the cover of our ’15 Honda issue. Now it happily lives in Osaka for all the USDM fans of Japan to admire. 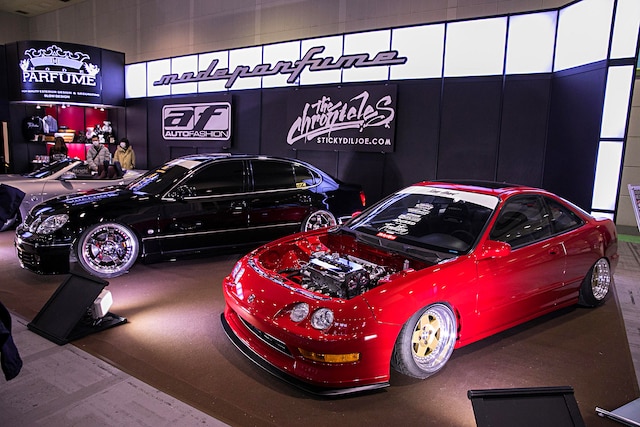 3. Bosozoku culture is still alive and kickin’ especially with crazy wide cars like this Hakosuka Skyline. A bit of a quirky touch, this build features Nissan Cedric headlights. 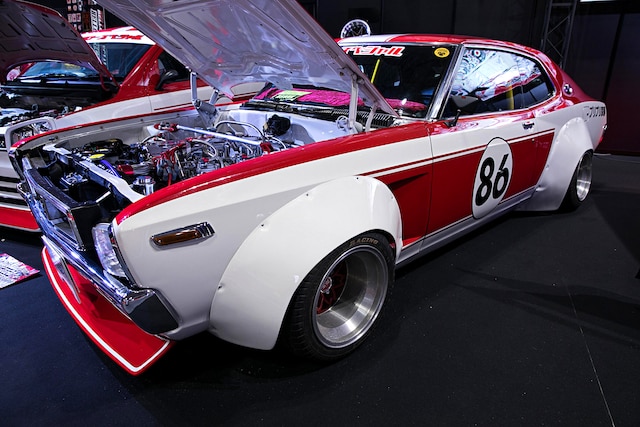 4. This Nissan Cima might be our favorite VIP ride from Osaka thus far. Not only does it look badass but it rocks a V-8 rebuilt by HKS, and also features some lovely individual throttle bodies. 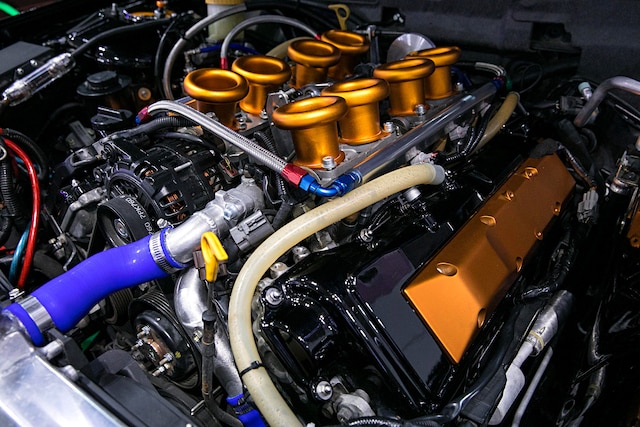 5. We know Black Pearl Complete for designing some of the most aggressive, yet clean body kits for VIP sedans; however, head honcho Mori Naoki might have taken this Lexus LS460 too far. What ch’all think? 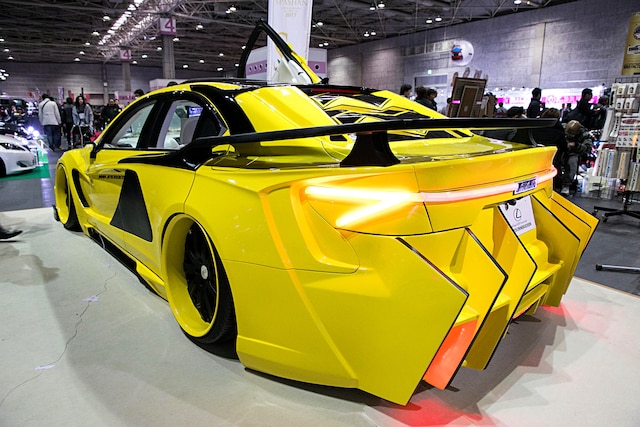 6. Old & New continuing their momentum with their Slant Nose body kit for Porshce 911 – this particular grey beauty is a ’01 996 Turbo. 7. KRC Japan has no problem being different, as we’ve seen with their RX-7 demo cars. This S15 Silvia uses the same menacing styling. 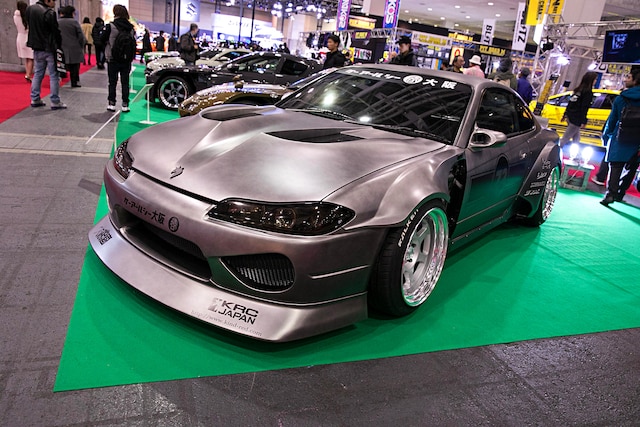 8. Hello to AP Garage’s ’89 BMW E30 Cabrio! The square headlights are hit or miss depending on your flavor of ice cream, but you can’t hate on the M3 S54 swap! 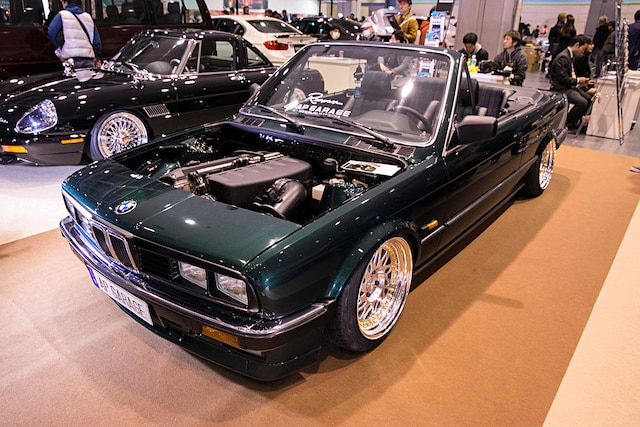 9. Hopefully you caught our article on the Toyota C-HR and how the compact SUV took over Tokyo Auto Salon. Here’s a new and very "stance-y" build from our friends at 326Power. 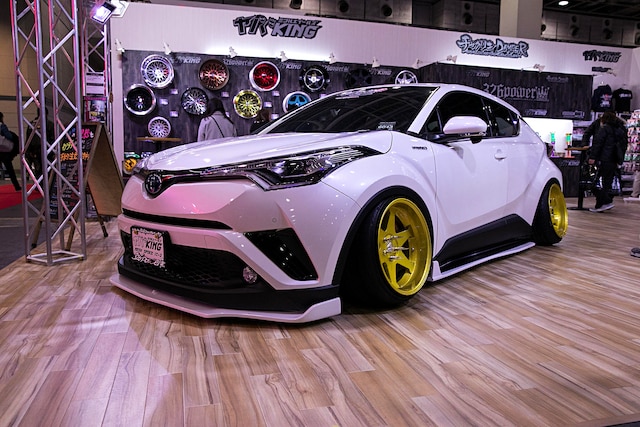 10. This R31 Skyline is something to admire, appreciate, and question “why?” at the same time. Another example of the variety of cars you’ll find at Osaka Auto Messe. 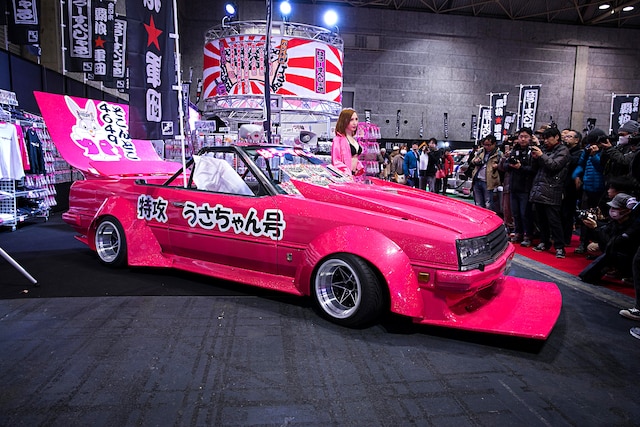