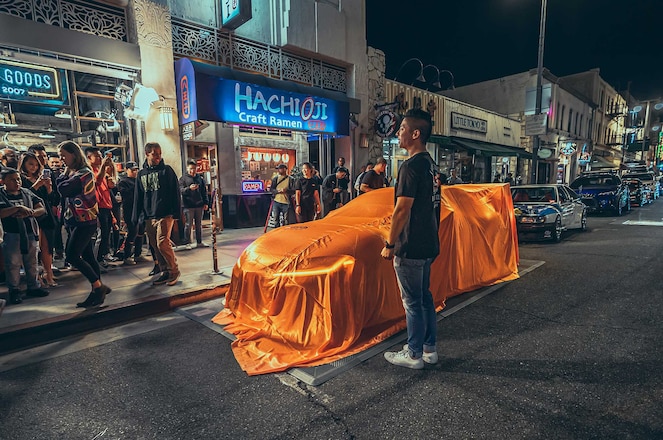 You're probably sick and tired of hearing about SEMA by now and we don't blame you one bit. Most of you were probably trapped at work or school while all of your buddies and favorite media channels were flooding your feeds with the sights and sounds of America's biggest aftermarket convention. With so many car unveilings and so much commotion goin' on during SEMA week, it dawned on us to do something a little unconventional when it came to lifting the curtains off of our own Toyota Supra project. 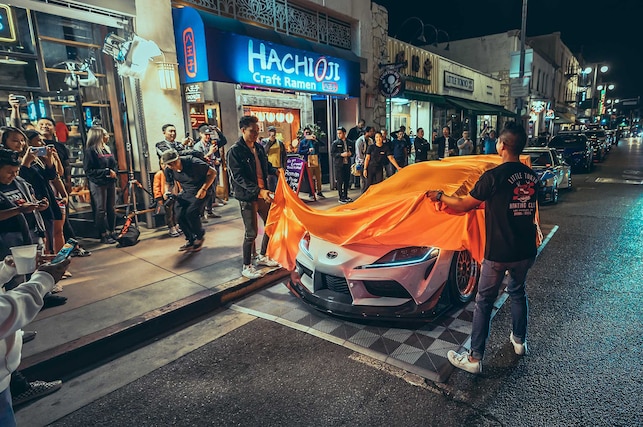 SEMA starts on a Tuesday which means vehicles that are on display have to be at the Las Vegas Convention Center starting Friday and Saturday, with stragglers rolling in on Sunday and Monday. With this in mind, we came up with the daunting task of planning a free little late night shindig on the Friday before SEMA began, to give our friends and followers a preview of the Supra before the masses got their chance to see it. With the help of our friends at Bowls in downtown LA (Little Tokyo), the event went off with a bang which included not just the Supra, but the debut of Dai Yoshihara's Civic Type R-swapped AE86. We also launched a few limited edition collab t-shirts with Bowls for fun.

We'll admit, it was all a bit of a logistical nightmare, but one of the most rewarding things we've done this year. We're thankful to the local community that came out to support and checked out both Dai's awesome 86 and our Supra before the SEMA madness. Our goal is for Super Street to continue to do spontaneous pop-ups like this, which reminds us... We'll be hosting another event at Bowls on Saturday, December 14, between 6:00pm and 9:00pm. Why? To celebrate the holidays and giveaway 200 Leen Customs pins that commemorate our Supra, plus our SEMA Ultimate Award Best of Show winner—the GReddy Supra. We hope to see you at Bowls—Happy Holidays from all of us at Super Street!

IMX 2019 - Up and Coming in Indonesia
SuperStreetOnline event coverage