Enthusiasts overrun the streets in front of Boden Autohaus in Costa Mesa, Calif. 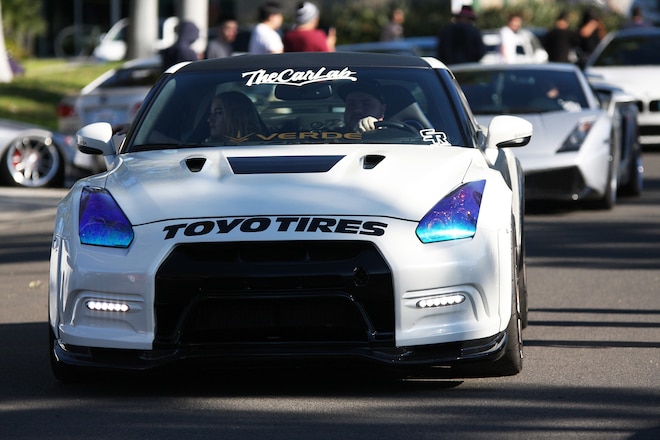 A week after marking the release of the 2017 Toyo Tires calendar in Northern California, and a year after doing the same but for the 2016 edition at Boden Autohaus in Southern Cali, we found ourselves back in Costa Mesa right next to the John Wayne Airport commemorating the new calendar with a huge-ass car meet. And that’s no exaggeration – it was e-nor-mous. It was so outta control, the street out in front of Boden Autohaus was literally choked with cars both cruising and parked, in addition to what seemed like hundred (if not thousands) of pedestrians.

The Super Street faithful had taken over. 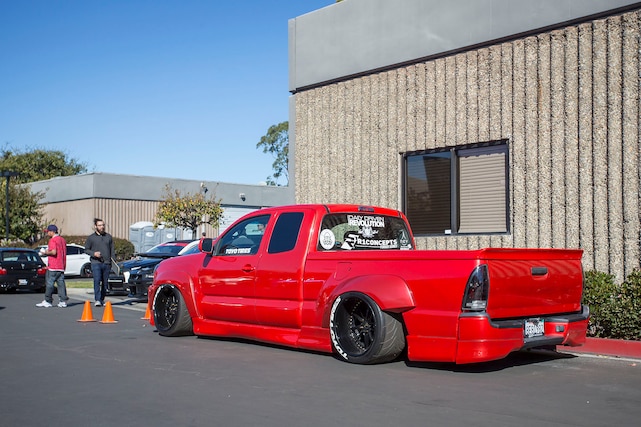 The mix of cars was one you could find only in California. Usual J fare – like 86/FR-S, S2000, EVO, GT-R of several varieties, and others – was supplemented by lots of BMW, Porsche, and even domestics in the form of Mustangs and Challengers. But nothing reminds you more about where the event was held (affluent Orange County) than the scores of supercars that turned up – mostly Lamborghini, but there were a few Ferrari, too, as well as a McLaren and even a Porsche 918. 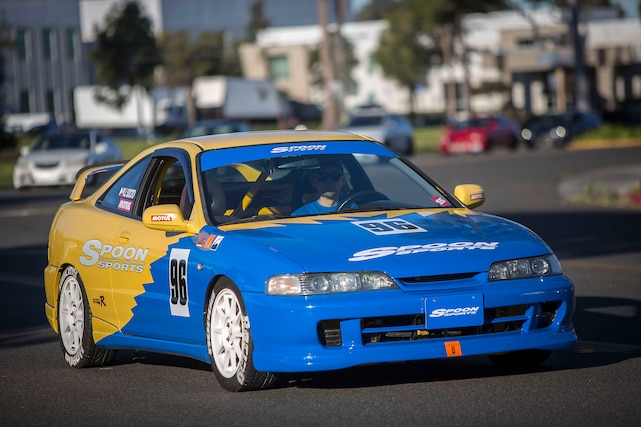 Toyo Girls Corle Bunch, Rosalie Jackson, and Kyra Keli were on hand to pass out calendars, sign autographs, and pose for pictures. We also had the SuperiLL pop-up shop on site, delivering the latest goods to our admiring public. All in all, we’d have to say it was a pretty good time – or it was until a handful of idiots began doing donuts in the streets. And to be clear, they weren’t doing them in front of the shop but a few hundred feet away in a nearby intersection.

The po-po wasted little time in quelling the hoonery, and apart from that the event went as smooth as could be expected. Dive into the gallery to get a taste of the crazy scene at the SoCal Toyo Tires x Super Street 2017 Calendar Launch.. 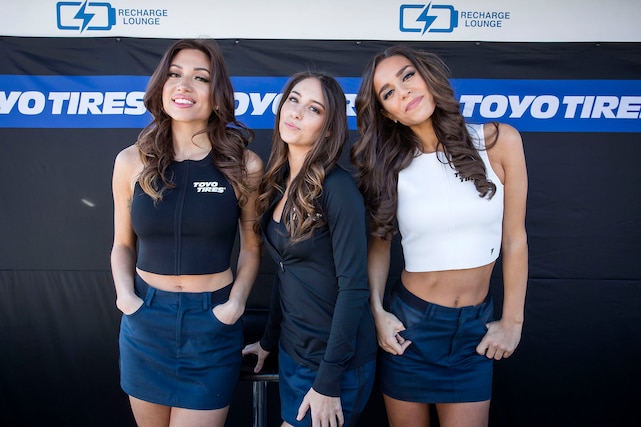 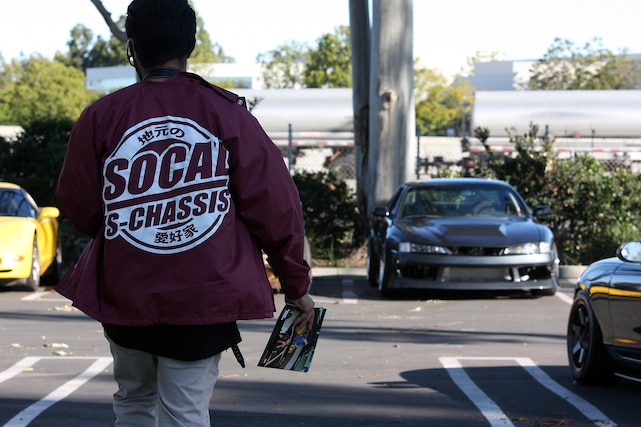 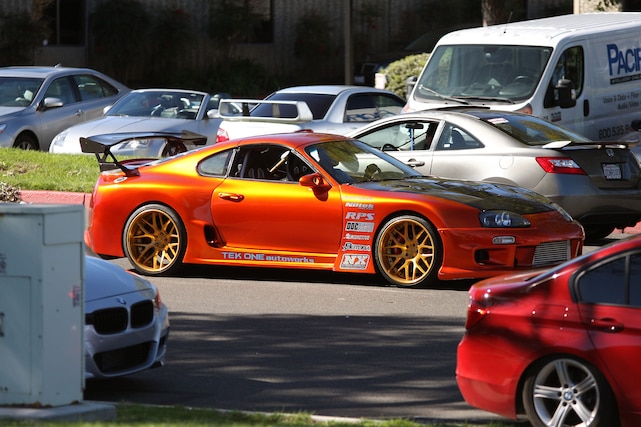 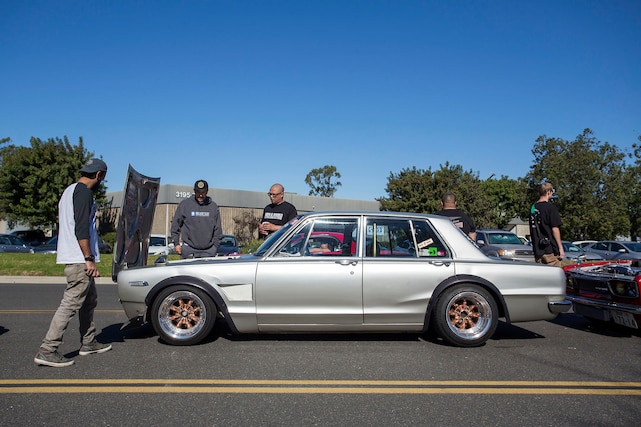 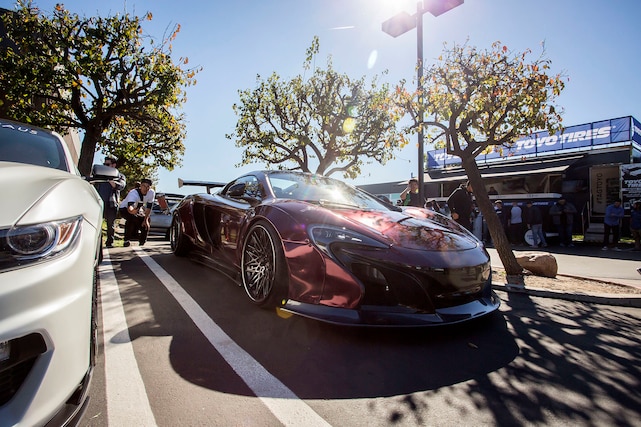 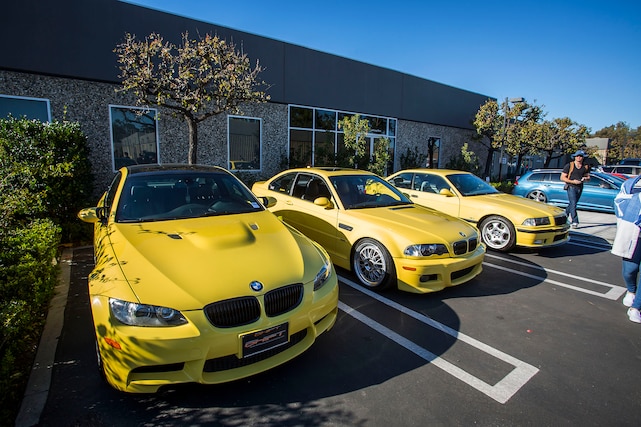 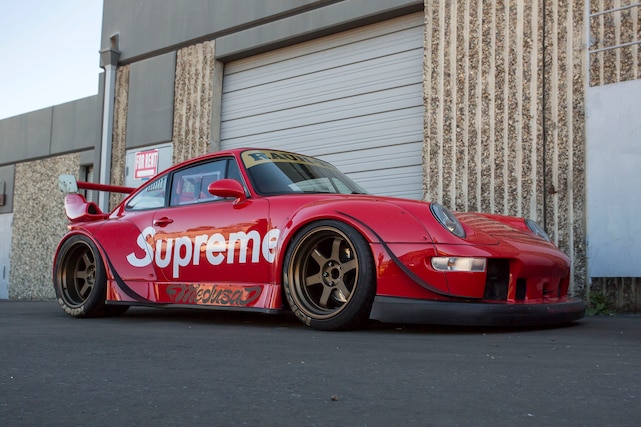