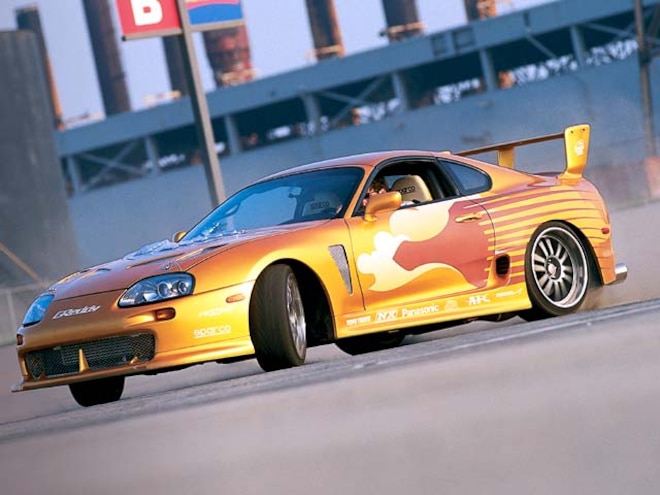 Considering the prominent role played by a Toyota Supra in the first "The Fast and the Furious," it's somewhat curious to see one back in the series that isn't orange and isn't driven by either Paul Walker or Vin Diesel. The gold Supra in "2F2F" is instead piloted by a character called Slap Jack played by blue-eyed black guy actor Michael Ealy. Why he's called Slap or why he's called Jack hasn't been explained to us, but if he's doing much slapping or jacking, he ought to stop before he goes blind. 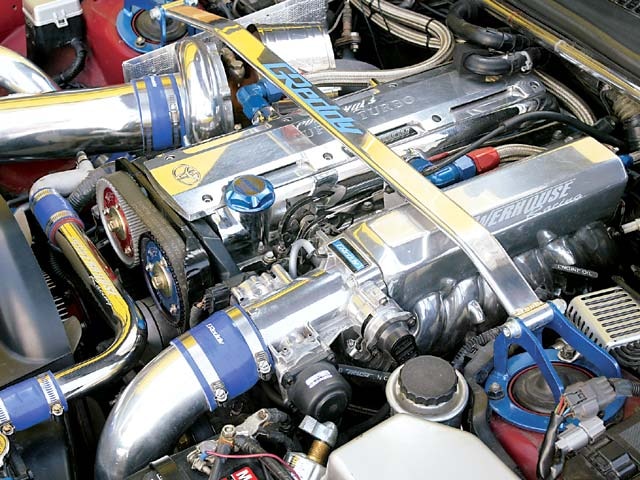 Unlike most of the cars in "2F2F" that were close to stock mechanically, the Slap Jack '93 Supra has been transmogrified with the replacement of its stock twin-sequential turbos with a GReddy single-turbo system. With a big GReddy T-88 turbocharger crushing the intake tract of the 3.0-liter, DOHC, straight-six, the potential for a stupid-fast Supra is obvious. In the "2F2F" universe, transportation coordinator Ted Moser says this car comes packing 654 hp and a big chunk 525 lb-ft of torque, which is good enough, in that alternate reality, to thunder the Supra to 60 mph in just 4.5 seconds and through the quarter mile in just 11.9 seconds. In the real world, it's a different story.

Ladled on top of the Supra is a Versus Motorsports body kit and about an acre-foot of House of Kolor gold mine pearl paint. The 19-inch wheels are OZ SuperLeggeras and they're inside a set of Toyo Proxes T1-S tires. The interior is overstuffed with electronics, including a Panasonic in-dash video system and a Rockford Fosgate amp so humongously huge that it pretty much fills the car's rear cargo area and rests on a panel that looks like machined aluminum between the roll cages down bars and next to dummy nitrous bottles.

The result is that rearward vision not blocked by the amp is wiped out by the tall rear wing. Hey, who needs to see what's behind them anyhow? An interesting feature is a vented Plexiglas panel on the hood that leaves the engine visible for display, much like a Ferrari 360 Modena.

Showing 93,200 miles on its odometer, the Supra was a pretty beat used car long before it wound up in the hands of "2F2F's" transportation department. And it drives like a beat-up Supra. "Straight ahead, the steering wheel is at 90 degrees," explains Josh after his acceleration runs. "I'm not sure it would be safe in a straight line." For a 10-year-old car that had had its structure ripped apart by 90,000-plus miles of commuting and creative abuse at the hands of a bunch of movie maniacs who thought of it as disposable, the Supra's structure was still impressively intact and the untouched six-speed shifted well. This car would work as pretty good raw material for anyone wanting to build a hero machine. 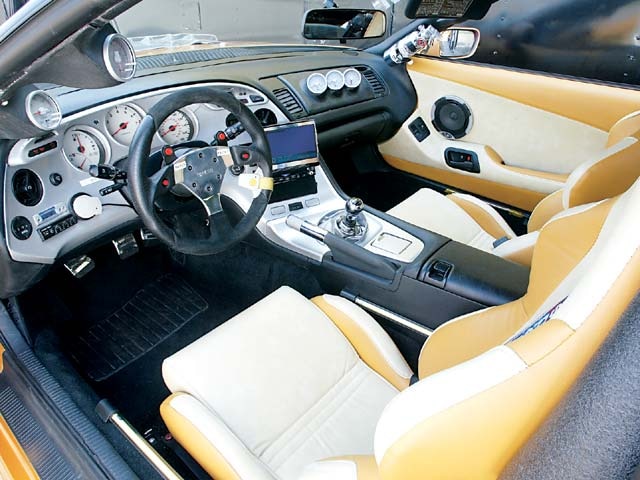 Though it makes a wicked howl when the turbo spools up, it's not making anywhere near 654 hp. This thoroughly beat drivetrain pushed the Supra down the real world quarter mile in a lackadaisical 14.5 seconds at 94.0 mph and made it from 0-to-60 mph in 6.4 seconds. Back in its first test of the '93 Supra Turbo, "Car and Driver" ripped off a 13.1-second e.t. in the quarter mile at 109 mph and ripped from 0 to 60 in just 4.6 seconds. We've driven other GReddy-hyped Supras and know that if it's running right, it'll run 12s even if your great-great-great-grandfather who had never even seen a car before was driving--and he's dead!

Feeling sloppy on the skidpad, the Supra could only manage to pull 0.90g, despite the big wheels and tires. It did drift dramatically however and, really, that's more important in the movie world than grip.

But that big turbo does produce plenty of heat. In fact, it makes so much heat the cool-looking Plexiglas hood panel was melting into ever more bizarre shapes throughout our day of testing. But the malleable plastic was easy to resculpt into fun shapes. Sparco Torino seats and a Sparco steering wheel and new gauge pods are also aboard, with the pods holding appropriate Greddy gauges. When we last saw it, the panel sort of looked like a bunny rabbit drowning in a puddle of mercury. 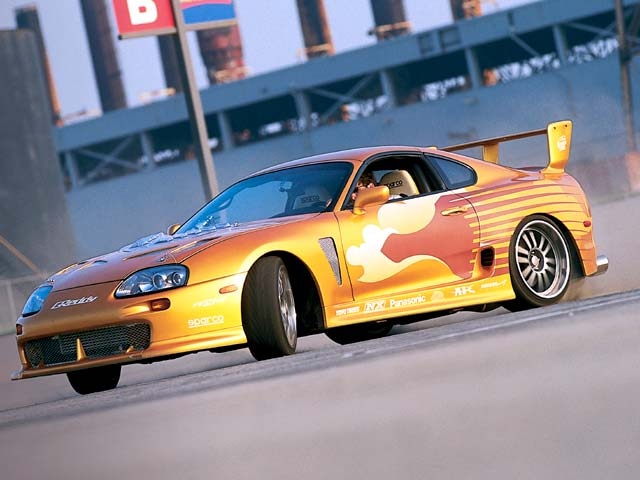