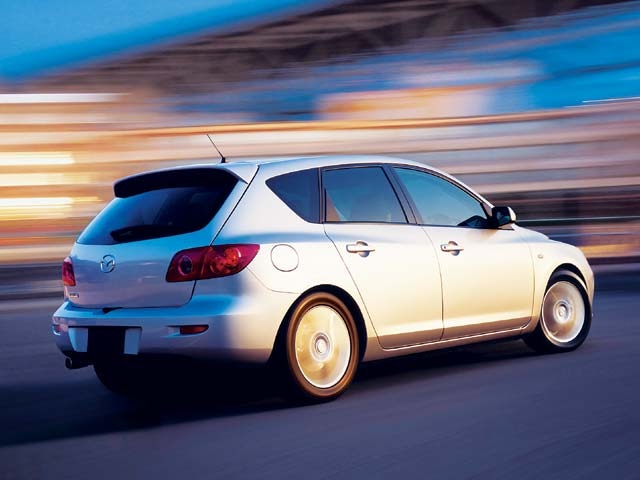 Mazda has been busy this year injecting its seriously sporty DNA into the market with the RX-8, Mazda 6, and coming soon to a showroom near you, the Mazda3. While the Protegé it replaces is seductively priced at less than $14K, it ain't the sexiest thing. The Mazda3, however, should prove to be a trump card in the incredibly competitive C segment; it has upmarket looks, European refinement, and performance built into the base model—and it's getting better from there.

The Mazda3 will be available both as a four-door and a five-door hatch, and the latter projects a sportier image in addition to its increased functionality. The Mazda3 is larger in every dimension than the Protegé it replaces, and the larger sheet metal pays big dividends in interior room. On the five-door, fat fender flares, an Alfa 147-esque rear, and decidedly Mazda front end combine to produce a dynamic, fun-looking car. 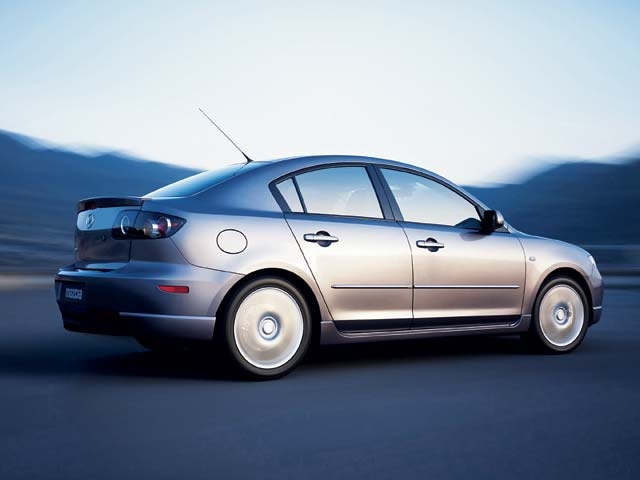 Elements of the BMW 3 Series and G35 are visible in the four-door, making it—dare we say—elegant. Unheard of in this segment are standard Xenon HID headlights, a huge plus in driving comfort, safety and performance.

Successfully walking the line between European grace and build quality and Japanese innovation and youthfulness, the interior is upmarket, easy to navigate and decidedly sporty. A neato triple gauge cluster, interior materials expensive to the eye and touch and even available leather make you forget this car is priced to compete with far lesser products. It even offers in-dash navigation as an option. 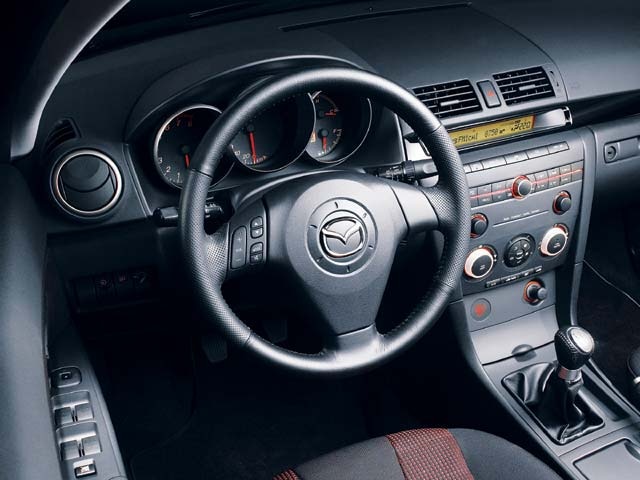 Mazda is catering to a young market obsessed with customization, with available LED taillights (tastefully done), a standard electroluminescent backlit blue and red display, a kickin' stereo and available Sports Appearance package. Available on both the four- and five-door models, the Sports package includes mild but attractive aero enhancements, a different grille and 17-inch, rather than the standard 16-inch, alloy wheels, in of themselves impressive.

Two engines are available, a 148-hp 2.0-liter and the 160-hp 2.3-liter four-cylinder also used in the Mazda6. If you opt for the larger engine (a no-brainer, as far as we're concerned), you also get large 11.8-inch front and 11-inch rear disc brakes. Both engines come with five-speed manual or four-speed automatic transmissions. 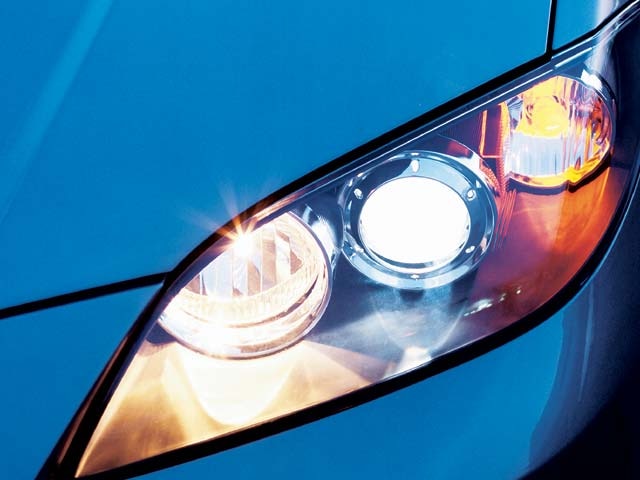 Suspension configuration is a standard McPherson strut setup in the front and multi-link suspension in the rear, with much effort spent on strategies like fluid-filled bushings and rebound damping springs mounted internally in the rear shocks that yield both low NVH and responsive handling. According to the press materials, a goal was handling "similar to a rear-drive car." Our kind of engineers. The BMW 3 Series, in fact, was used as the handling target.

That the Mazda3 shares a platform with the new Volvo S40 and future Ford Focus is good, because four-wheel-drive architecture is already in place. The platform is supposedly 40 percent stiffer than the outgoing Protegé's, and Mazda is hoping for top crash marks, thanks to development at the Volvo safety center in Sweden along with available front, side and curtain airbags. Stiff chassis respond better to modifications. 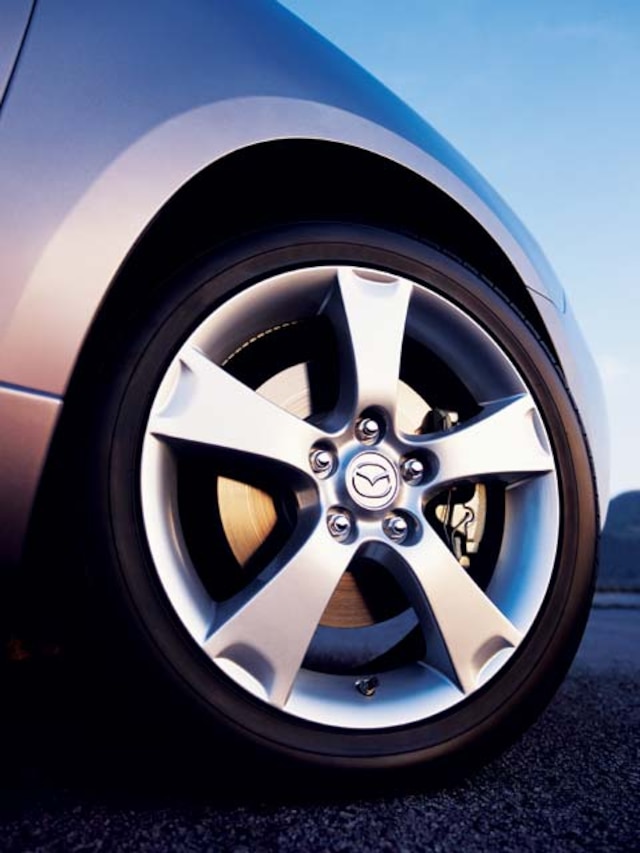 Official pricing has not been released, but should start only slightly higher than the current Protegé. Look for a thorough thrashing in our magazine; the car should be in showrooms by the time you read this. 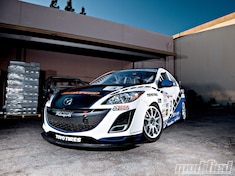 Take a look at the 2010 Mazda 3 the car that started life as a stock showroom car, the entire suspension has been engineered from the ground up to suit Tri-Point's needs. - Modified Magazine 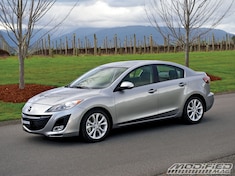 Check out Mazda's newly redesigned top-selling model- the 2010 Mazda3S and our first test drive in it. Read it here in Modified Magazine.