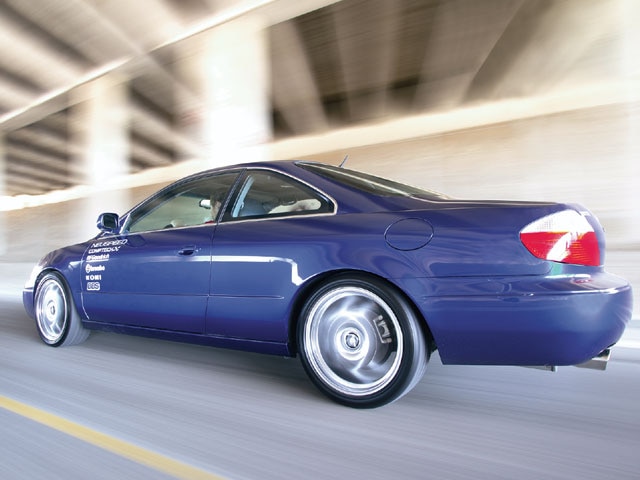 Not every road test is about the numbers. Occasionally, we get our hands on a car with modifications that fall more on the side of subtlety than outright speed. And sometimes we don't even need to drive that hard to realize an improvement. Such is the case with Comptech/Neuspeed's Acura CL Type-S.

The CL is a big car, more than a foot longer and nearly 200 pounds heavier than a Lancer Evolution. And its target market demographic leans more toward Geritol and tea parties than Red Bull and the World Rally Championship. But it's also a really nice car, fast, smooth, comfortable with lots of amenities. This example even has the optional GPS-based navigation system. And it's at home in the fast lane. More than once we found ourselves cruising at double the speed limit, in climate controlled, GPS-guided, leather-wrapped comfort. All of these features come on the stock CL. However, the best parts on this particular car don't. Comptech uses an Eaton M62 Generation 4 roots-type supercharger to motivate the CL far beyond Honda/Acura's original aspirations. This positive displacement blower fills the manifold with 5 psi to create one of the smoothest and most linear power deliveries we've experienced. And speaking of power, there's plenty of it. The stock CL Type-S is rated at 260 hp and 232 lb-ft of torque. On our dyno it put down 221 hp and 202 lb-ft of torque. The Comptech-boosted car was far more motivated: call it 289 hp and 246 lb-ft of torque. With a maximum power gain of almost 75 hp, it's fair to say Comptech has managed a healthy improvement.

One of the best things about this kit is its simplicity. Engine management consists of a magic box, which lies to the ECU about manifold pressure, a fuel pressure regulator and a fuel pump. That's it. If we didn't know how well it works, we'd probably question how effective such simple mods can be. But, after driving the car more than 600 miles, we can say it works. 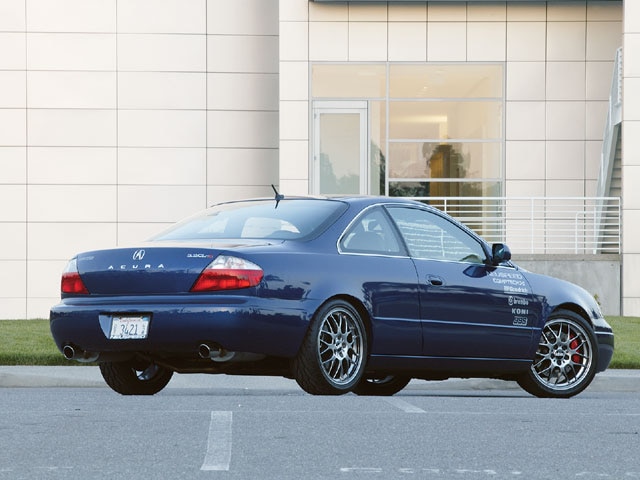 Actually, we drove the car in two configurations. First, when we performed instrumented testing, it was outfitted with Comptech springs and anti-roll bars, Koni dampers, Work wheels and Comptech's cat-back exhaust. Then, when we spent time driving it on the road several months later, it was fitted with Neuspeed springs, a Neuspeed rear anti-roll bar, another set of Koni dampers, but with the same valving, BBS wheels and a Neuspeed cat-back exhaust and short-throw shifter. Comptech's supercharger was in place for both tests, as were the BFGoodrich g-Force KDW tires. Therefore, the performance numbers in this article and the accompanying spec box were tallied with the car in configuration number one, and the on-road driving impressions are with configuration number two. We hope that's clear.

Regardless of hardware, the open road is where any CL is most at home. The Comptech/ Neuspeed CL will hold its own in the mountains, but at 16 feet long and nearly two tons, it'll never change direction like smaller cars that are at home in that environment.

So instead of our usual mountain flogging, we headed across the California desert in search of open roads with miles of screaming fast lanes. And we were impressed. Just getting the CL up to speed is a chuckle. Roll into the throttle too aggressively in second gear and you leave two wide swaths of BFGoodrich's best up the on-ramp. This display comes courtesy of the helical limited-slip differential. Juvenile antics like this and hard corner exits are about the only time the differential makes itself obvious. Acura's engineers integrated the traction devices perfectly into the chassis and it's truly a necessary addition-there when you need it, invisible when you don't.

The supercharger is slightly more obvious. We noticed a resonance or two, which aren't present in a stock CL and there's some belt whine. These were relatively minor issues and would never keep us from recommending the blower. After all, a stock CL also doesn't lay stripe in second gear or outrun your average Corvette wanker at passing speeds. And that's really the most impressive characteristic of the CL: freeway passing. There's very little need to drop a gear with torque everywhere and the ability to rev to 6900 rpm. So when you roll into the throttle in sixth gear, you surprise the guy two lanes over in the C5 Vette. We did it more than once.

Straight-line performance is better than stock, although the difference isn't as much as the dyno numbers suggest. The quarter-mile time comes down .3 seconds to 14.2 from 14.5 seconds. Trap speed is also better (97.9 mph stock vs. 101.7 mph in supercharged trim). The biggest problem is getting the 3,461 pound Acura out of the hole. Finding a launch rpm that results in the best compromise between wheelspin and engine bog isn't easy with a light flywheel taking much inertia from the drivetrain. More often than not, we ended up spinning the BFG rubber through second gear, which is fun, but not all that quick.

Still, much of the difference in the quarter-mile time is realized by 60 mph. Our stock CL hit that mark in 6.3 seconds, while the supercharged car did so in six seconds flat. Once the cruise missile is fully hooked up, which doesn't really happen until the end of second gear, the improvement is better. Fifty-to-70 acceleration was a full half-second quicker in the supercharged car, dropping from 3.2 to 2.7 seconds.

Again, it's not so much the numbers that matter when you drive a supercharged CL. If wading through freeway drones and working over unsuspecting Corvette drivers is your thing, then this CL is for you.

Stance
Koni adjustable dampers sit at all four corners, wrapped with Comptech springs and a 27mm roll-bar up front, a 22mm bar in back.

Honda Tuning
Super Street's Top 10 Honda S2000 Features of All Time
From simple bolt-ons to full blown twin turbo V6s- and even a 2JZ-GTE-swapped versions, these S2Ks are all packed with performance.
Rodrez – Aug 7, 2020

Honda Tuning
Pocket-Sized Fun - What is a Kei Car?
Taking a little dip into understanding what these miniscule rides are all about.
Bob Hernandez – Aug 6, 2020

Honda Tuning
Say It Ain't So - Saying Goodbye To The Honda Civic Coupe
With the recent announcement that the Civic Coupe would be discontinued, we thought it would be a good idea to take a look back at all 5 generations of Civic Coupes
Rodrez – Aug 5, 2020

Honda Tuning
The Cancellation Of SEMA Show 2020
It wasn't a huge shock when an email from the SEMA organization came in stating that SEMA Show 2020 is officially cancelled. In all honesty, we were all but waiting for the other shoe to drop.
Rodrez – Aug 5, 2020 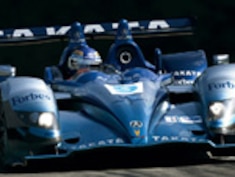 The Acura-powered LMP2 cars put up a good fight at the sixth round of the American Le Mans Series. The 2-hour and 45-minute race was held on July 7 at Lime Rock Park in Lakeville, Conn. - Honda Tuning Magazine