Rejuvenating The NSX With Turbo Power 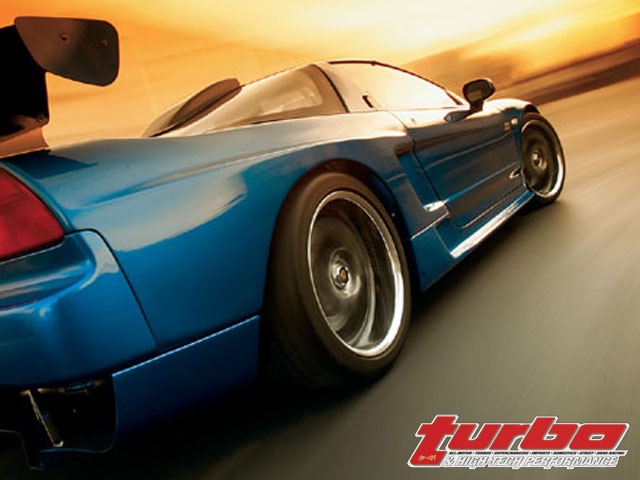 Las Vegas is a crazy, crazy place. This is common knowledge already, thanks to Vegas' healthy reputation as the headquarters for sin. But don't think for a second that alcohol and gambling are the only after-school specials going down in excess. The town is just as much a haven for speed addicts as it is for poker addicts. Nestled away from the bright lights and billboards of the tourist-ridden main strip is Factor X Racing, one of the nation's premiere builders of turbocharged Acura NSX's. It's not uncommon to see Factor X-tuned mid-engine rocket ships cruising through the streets of Las Vegas, all of which are packing north of 500 hp.

This blue 1993 Acura NSX, owned by Vegas resident Paul Siu, is outfitted with Factor X's FX500 turbo package, which is designed to push more than 500 hp. Two years ago, before Sui seriously started this build, his NSX was much more mild. Acura's flagship provided massive thrills at first, but an addiction to power soon took over and mere bolt-on parts wouldn't cut it. As an employee of the extravagant Bellagio resort and casino, Siu is used to seeing his fair share of high rollers. But when your neighbors start coming home in Porsche 911 Turbos and Lamborghini Gallardos, you know it's time to step up the game on your NSX.

Siu started the build on his NSX by laying the supporting foundation for high horsepower first, and then adding the turbochargers later. Smart man. Bigger tires would be necessary to contain the upgrade in power, and Siu didn't cheap out. A set of 225/25/18 front and ber-wide 315/30/18 rear Michelin Pilot Sport tires were stretched on to custom Burning Black Work VS-SS wheels. The front ten-spoke beauties are 8 inches wide, but the rears measure a whopping 11 inches across. Filling up the void behind the front Work wheels is a four-piston AP Racing big brake kit, which is an especially wise investment considering how fast this NSX really is. 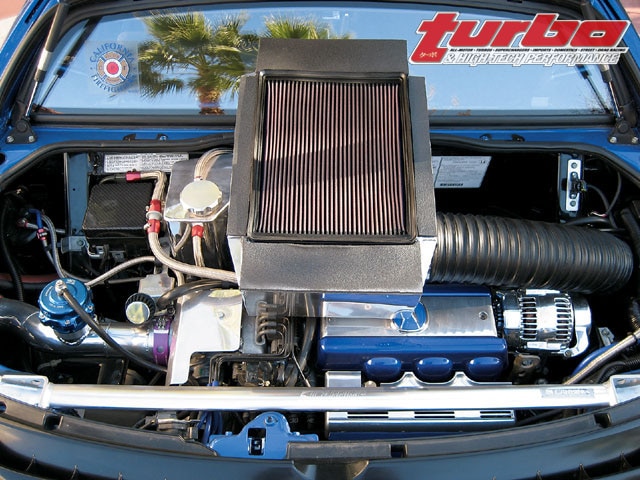 Photo 2/11   |   Like all of Factor X's turbocharged creations, Siu's NSX has its turbocharger plumbing hidden from view, an aspect of engine design and placement. What you can't see is the FX500 setup's custom Factor X turbocharger, which cranks over 500 hp.

In order to cover these enlarged rollers, some new bodywork was in order. Once upon a time, this NSX wore a Wings West body kit and stock fenders, but the new rubber convinced Siu to upgrade to the Cantrell Studios widebody conversion kit. The front end still wears the same Wings West front air dam and louvered carbon hood, but the front fenders and rear quarter panels were traded out for Cantrell's widened and flared pieces. After adding a Taitec rear diffuser and massive MAX Racing rear wing, this NSX began to live up to Siu's nickname for it: the Blue Devil.

But no devil would be complete without hellfire. Driving down a desert highway to work one morning, Siu received a honk from a pickup truck and a simple shout, "You need a turbo!" As it turns out, that truck was driven by none other than Factor X mad scientist Mike Angel, who was spreading the love of NSX turbos his own way. Angel's FX500 turbocharger package was whipped up for the car, designed to put out more than 500 hp on pump gas. Siu's FX500 system began with the removal of his stock C30A and the installation of one of Factor X's spare race engines. Larger 93mm bore Wiseco pistons are hung on rebushed stock titanium connecting rods, along with the stock forged steel crankshaft. The cylinder heads are ported by Portflow and were finished with new valves, springs and retainers before re-installation.

The turbo portion of the kit uses a secret-spec turbocharger, which is mounted low down and away from view. Connected to modified Comptech headers, the turbo blows into a custom downpipe and out the Taitec JGTC center-exit exhaust system. This NSX uses a Cantrell Concepts air induction system, which scoops cold air out of the fender well and feeds it into the stock air box. A Factor X in-tank fuel pump feeds thirsty 720cc/min RC Engineering fuel injectors, based on the tuning of the HKS F-Con V Pro standalone engine management system. Factor X has tuned the car seamlessly for daily driving, and with the turbo system hidden low and away from view, this NSX's engine bay could almost pass for stock. That is, until the first rip of the throttle.

In order to strengthen the stock five-speed drivetrain from the shock of 500 hp, Siu knew he couldn't leave stock equipment in place. A RPS clutch kit was installed, consisting of a stronger single clutch disc and lightweight flywheel. A JDM five-speed gearset was also installed, featuring shorter 2-4 gear ratios that the Japanese and European NSX's received stock. Then, as if those gears weren't short enough, Siu added in a OS Giken limited-slip differential and shorter OS Giken 4.44:1 final drive ratio gear. With both shorter gearing and more power on tap, this NSX flies through the gears, eating up the road like a ravenous animal.

The NSX has always been praised for its stellar handling prowess, but car control gets tricky when generating the kind of speed possible with 500 hp. So Siu added in Ground Control coilovers and Comptech sway bars to keep his handling tight, while NSX-R reinforcement bars and a Carbing rear brace keep the body as stiff as possible. To help tame the notoriously twitchy rear end of the first-gen NSX chassis, Science of Speed non-compliance rear beam bushings, pivot clamps and toe links were added.

Perhaps one of the most impressive things about Siu's Acura NSX is the fact that the car is an unbelievable thirteen years old. With the new Cantrell Studios bodywork slathered on and the massively obvious MAX Racing wing stuck on the rear, this NSX is no longer a stealthy machine, but rather an in-your-face tire churning missile. Siu's accomplished goals include: updating the look of his car; adding power; increasing driving fun; and, most importantly, being able to spank all of his Euro-loving neighbors. Now his Lambo-driving neighbors just might try to retaliate with upgrades, too. No matter, the almighty Lamborghini still got its ass handed to it by a turbocharged update to one of Acura's finest creations. 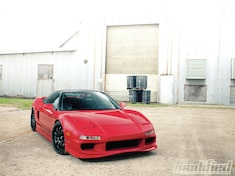 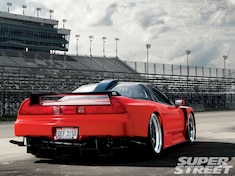 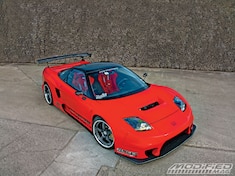 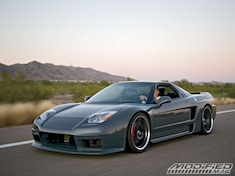 Marc Richmond has taken his virtually free 1993 Acura NSX and turned it into a 665whp, turbocharged Lambo killer. Check out how he did it in Modified Magazine. 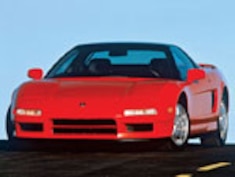 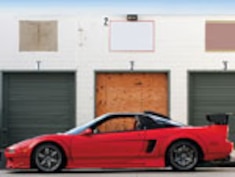