We've featured our share of cars from the East and West Coasts, even a good assortment of Europe-based cars, but we must admit there hasn't been a great deal of coverage south of the border. Part of the reason is the language barrier, but another is because it's more difficult to modify cars there. 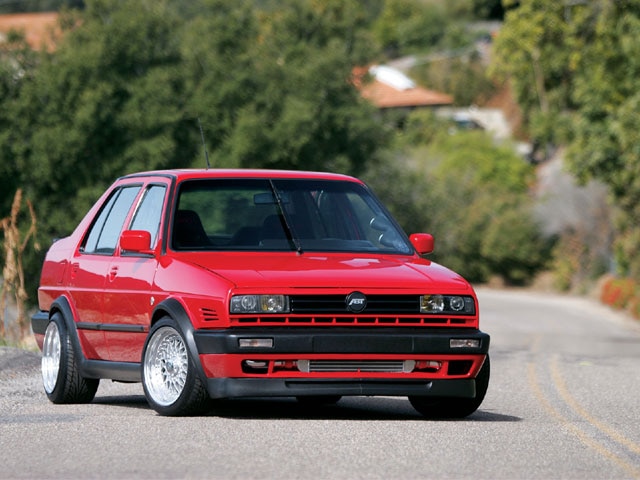 Max Chinolla from Tijuana had to work twice as hard as most American enthusiasts. And although he shares the same passion as all of us, the road to building his VW project has been more difficult because of his location. He didn't have the luxury of credit cards, numerous tuner shops and dependable online part stores. He also never approached companies for sponsorships or discounts. Max orchestrated the build of his '90 GLI by himself, with only a little help from his close friends.

Our Spanish comprehension isn't perfect but we were able to translate the essence of Max's build. He began his love affair with VWs in '93 when he purchased an '86 Jetta. Although he left the Mk2 stock, it led to his second VW - this GLI, which became his first project. "When they were introduced to Mexico, I loved the Mk2 Jetta even more than the Golf," Max clarified. "Unfortunately, the GLI 16v was never sold here, and this made me want it even more. I searched for the right car and eventually found an old lady selling one, so I bought it in '99. My goal was to build one of the best Mk2s in Mexico." In our opinion, Max achieved this goal and it rivals some the cleanest in North America. 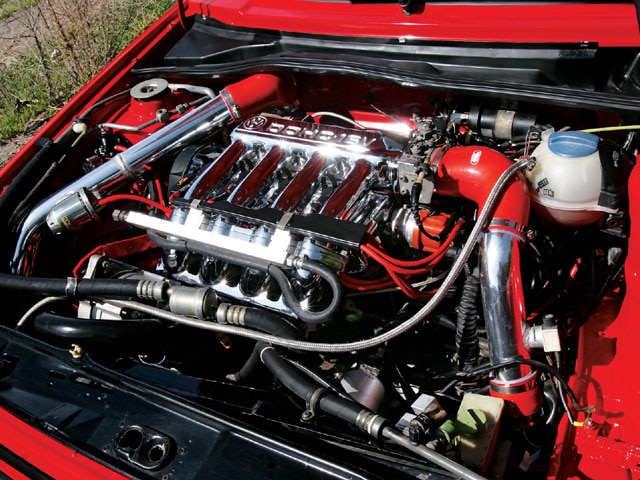 The first step for Max was bringing the car down from its granny ride height. He installed H&R springs with Bilstein shocks to lower the center of gravity and give the desired stance. He continued to improve the handling by lessening body roll with Neuspeed sway bars.

To upgrade the exterior he installed European headlamps, Hella smoked tail lights, G60 arches and a VR6 chin spoiler. He changed the sunroof to a three position Scirocco version for its added functionality, and a Bonrath single wiper conversion gave the Jetta some motorsport flare.

Wheels and tires were next on the list. When Max acquired the car, it had stock hub caps and he went through two sets of wheels before settling on this batch of 15" BBS RS, sourced from his friend, David Pulp. Originally 7" and 8" wide front and rear, Max disassembled them and had them rebuilt and refinished with wider barrels measuring 8" and 9" respectively, to achieve those incredible lips. As a finishing touch, he traded the original hardware for chrome bolts and Porsche center caps. He then stretched 215/40-15 Dunlop SP9000 tires over the rims for the classic Euro-look.

Since the car had several miles on the odometer, the factory brakes needed replacing. The front units were swapped for Audi 5000 Turbo dual-piston calipers with 11" Corrado G60 rotors.

By now, the GLI was beginning to feel like a complete car; however it lacked the power an enthusiast demands. To fill this void, Max looked to friend and mechanic Arturo Ortega to squeeze more horsepower from the 2.0 16v. The car received forced induction thanks to a Garrett hybrid T3/T4 turbo. The custom kit included an HKS blowoff valve, Turbonetics wastegate, Samco Sport hoses and a Spearco front-mount intercooler. Arturo also fabricated a custom exhaust manifold to mount the turbo and improve airflow.

An ECU and harness swap completed the new configuration. The 16v originally came with a mechanical CIS injection system, but Arturo and Max updated to the digital Digifant 1 system. Sourced from a Corrado G60, it's more tuneable for this application.

With the motor conservatively tuned, it now offers a reliable 215whp. Max shifted focus back to completing the exterior. The front end was updated with Rallye headlights, but he reengineered them with smoked low beams and amber high beams from a Mercedes.

The interior received beautiful Recaro front seats trimmed in cloth. The rear seats were then swapped for a Corrado bench, which was reupholstered to match the Recaros.

For a sporty feel, the factory steering wheel was ditched for an Italvolanti. Providing subtle accents to the interior are Momo pedals and a Trimsport UK aluminum shift knob with a clever 16v emblem.

Next on the list was a host of Auto Meter gauges to monitor the engine's vitals, mounted on the A-Pillar and center console. The last upgrade was the headlining, which was retrimmed in black.

Although the Jetta was nearly complete, the exterior was beginning to show its age, so Max embarked on the final and most time-consuming task - a repaint. He decided to dismantle the car down to its shell. "I had to remove the doors, engine, hood, all the windows, interior, sunroof - the list goes on!" he explained. "Each part was painted separately using OE Tornado red paint. While the doors were apart, I had Audi 90 handles fitted."

Continuing the custom work, Max had the banana lights and hood shaved. A Mercedes side vent was then molded to the passenger-side fender to help chill the engine bay and simply look cool.

Before the paint was finally applied, Max sourced new seals, bumpers and fenders to give the car the appearance of being new off the dealer's lot.

Today, Max has aspirations for more performance and cosmetic tuning. Although it's already been four years in the making, he plans to continue the build by lowering the car further with a set of H&R coilovers. He's contemplating forged pistons and rods to provide more reliable boost, and also expects to remove the transmission in favor of a Corrado unit with a Quaife limited-slip.

While these newer plans may take time to accomplish, Max will continue showing his Jetta in California and Mexico. He'll also be busy directing his car club, Westside Mexico. The group was formed in 4/01 with only four members. Six years later, there are 35 members who meet weekly, thanks to Max. And with this level of enthusiasm, we're certain this isn't the last time we'll see incredible project cars made in Mexico.