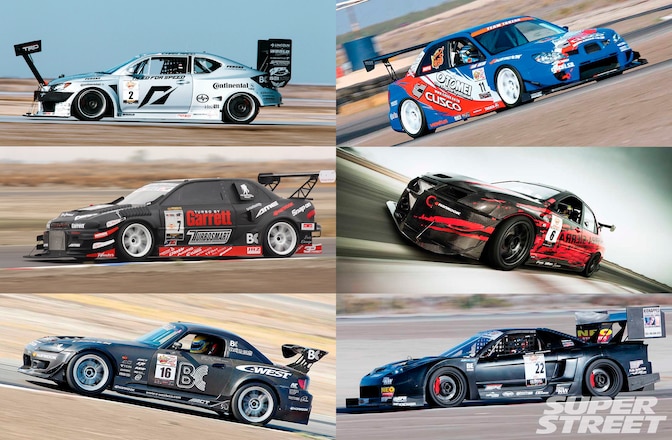 As we celebrate 10 years of Super Lap Battle history, we take a minute to pay homage to some of the best teams and drivers that have been part of our event! This list compiles the 10 fastest Unlimited Class cars from a decade of competition at Buttonwillow Raceway Park, a collection that includes three Subaru, three Mitsubishi, a couple Honda, a Nissan and even a Scion. The overwhelming majority are rear- and all-wheel drive, with one glaring exception.

Special thanks goes out to all of the people who have been part of SLB over its life, including our main sponsors Continental Tire and continuing partner Global Time Attack. We look forward to this year's competition and can't wait to see which records will be broken next! 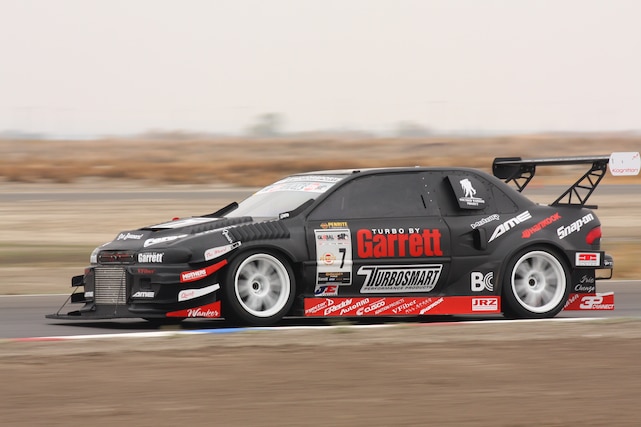 1st - 1:38.967
After a year away from SLB, builder Mike Warfield and driver Jeff Westphal brought out the historic GST Motorsports Subaru "GST-L" - a variation of an Impreza L - and its chopped-top glory back to battle in 2014, and did it slay the field! 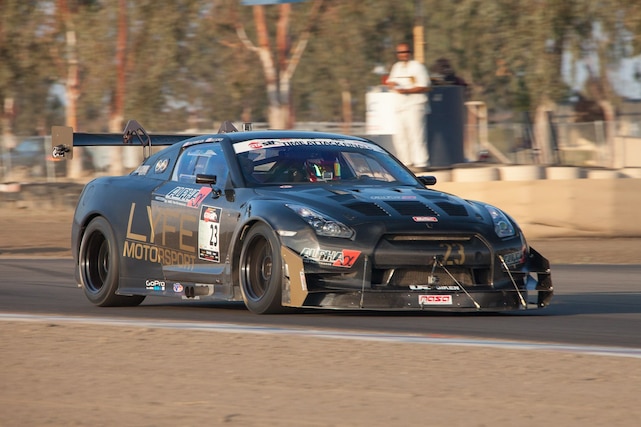 3rd - 1:40.967
The Lyfe Motorsports Nissan R35 GT-R seemingly came out of nowhere in 2014, clocking the Unlimited Class's third-fastest lap ever in just their first SLB outing. Co-piloted by Cole Powelson and Kyle Schick, these engineers and fabricators out of Salt Lake City, Utah, are ones to watch.

4th - 1:41.046
All EVO fans will remember the Sierra Sierra Mitsubishi Lancer Evolution VIII. In 2009, they won the Unlimited AWD class. The next year, they followed up their success with the overall record, beating the FXMD NSX.

5th - 1:43.523
Holding the overall track record for three years was the infamous HKS CT230R EVO VIII driven by Nob Taniguchi. Before the car was shipped to California in 2007, it also set a record in Japan at Tsukuba with a 53.589. We miss seeing cars like this at Buttonwillow!

6th - 1:44.372
Only one year after HKS broke the overall record in 2007, this Subaru Impreza WRX campaigned by partners Cusco, Tomei, Voltex, and Team Tarzan set out to defeat HKS. At the hands of Tarzan Yamada, the Impreza looked promising and defeated the competition with ease that year but fell less than a second short of the record. 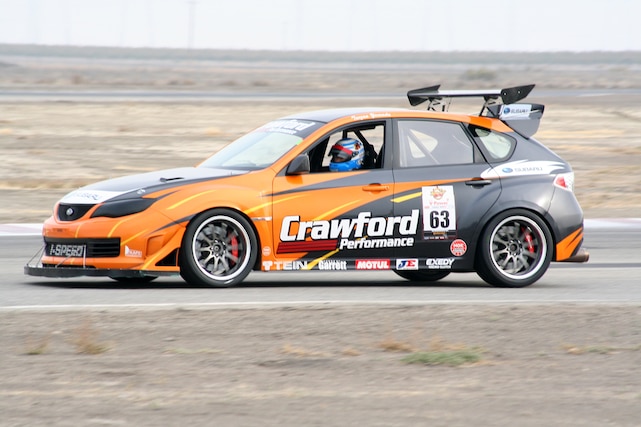 7th - 1:45.552
Tarzan is the only driver to land on this list twice, also getting recognized for his best 2009 hot lap in the Crawford Performance WRX STI (which was more than a second off of his pace from 12 months earlier). 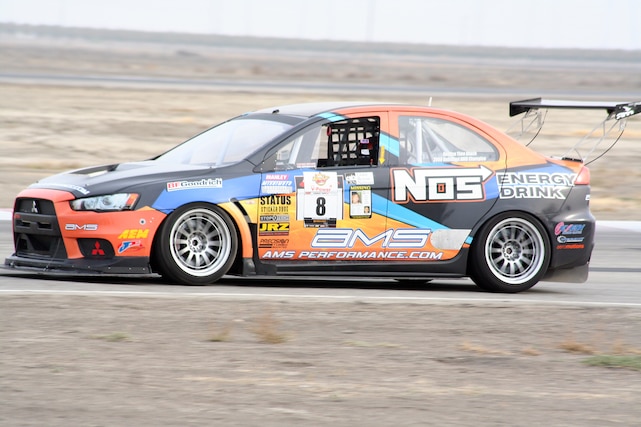 8th - 1:46.829
It seems inconceivable to have a list like this and not see an entry from AMS Performance. Hot-shoe Paul Gerrard put the shop's NOS Energy Drink EVO X in the record books back in 2009.

9th - 1:46.893
Shipped from Japan in 2005, the carbon-fiber C-West Honda S2000 ran a 1:53.147 at SLB in naturally aspirated form, enough to win the Unlimited FR class. As time progressed, the car received help from partners such as Brian Crower, who added a 2.4L stroker engine, and GReddy turbo in the hopes of improving the car to take down HKS CT230R record. They survived some hardships during SLB 2008 with a grenaded engine and still managed a quick time to set a record for its class, but unfortunately fell a few seconds behind HKS. 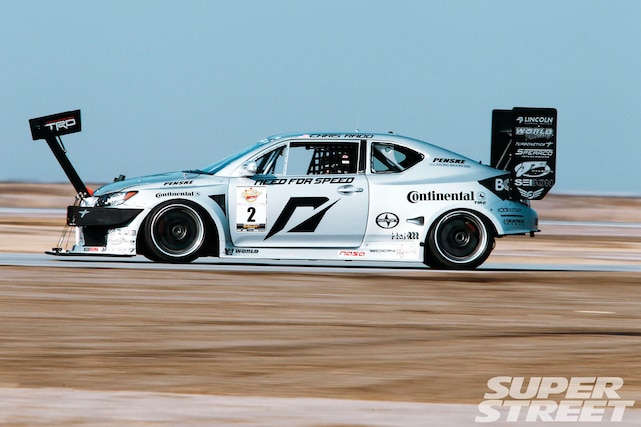 10th - 1:47.394
In 2011, World Racing and driver Chris Rado brought out their new Unlimited FF Scion tC monster with the goal of knocking down their own best and class record of 1:49.703. Not only were the guys able to beat that time, they smashed it into oblivion by over two seconds. 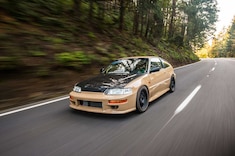 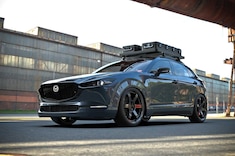 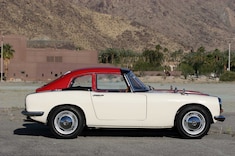 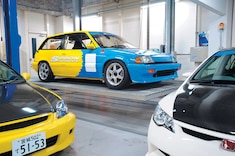