The kit by 1016 Industries is another herald of the new age of 3D-printed carbon-fiber parts. 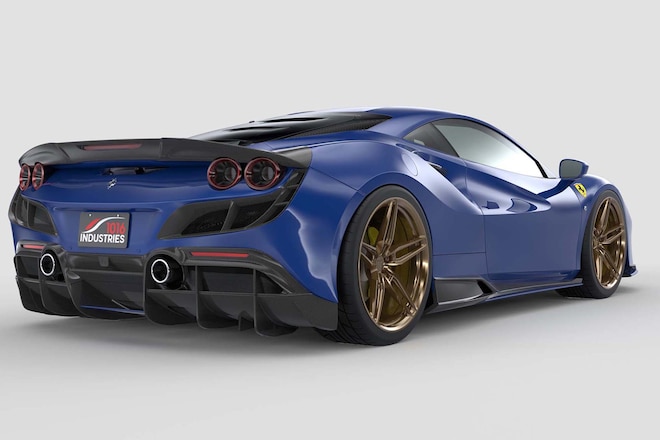 It must be tough out there for new Ferrari F8 buyers who risk blending in with the many McLarens and Lamborghinis when cruising the strip. Or worse, getting shown-up by the hotter F8 variant that's surely just over the horizon. Fret not, big ballers, because the supercar tuner extraordinaire that is 1016 Industries just dropped a new 3D-printed carbon-fiber aero kit for the Ferrari F8 Tributo, giving you the chance to stand out at one of your many loud-and-proud supercar rallies.

As far as body kits go, 1016's F8 set is fairly comprehensive. At the front, a set of more aggressive hood vents and headlamp inserts complement a front aero lip and bumper inserts. According to 1016, these parts are functional and are effective at redirecting airflow toward the engine or other aerodynamic trim.

Carbon-fiber side skirts run the length of the car, feeding air to a redesigned rear diffuser and set of J-vents around the back. Finally, a large carbon-fiber spoiler sits atop the rear decklid in place of the original lip. And 1016 says much of the engineering went into making sure the kit fits on the OEM housings and fitments, so there is little-to-no drilling, snipping, and cutting required for installation. Longevity and repair are also taken into account; whereas the OEM diffuser was relatively fragile and easy to snap a fin or two off, 1016's diffuser incorporates individually replaceable fins so repairs don't necessitate tossing the entire rear piece. 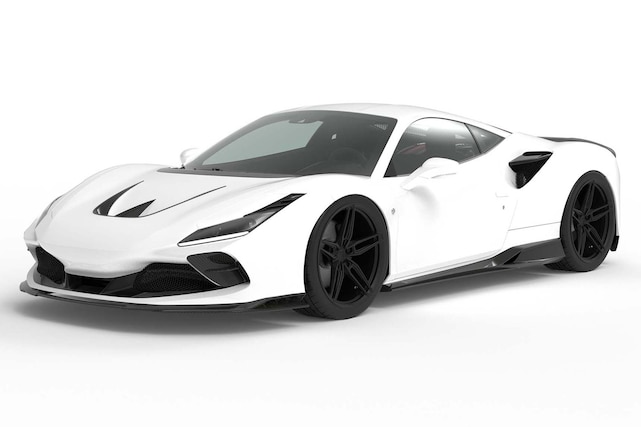 From the Editors of SS: For sure more baller than we can be, but if we have noticed anything about aftermarket parts development it's that this stuff tends to trickle down. Don't be surprised if one day soon 3D printing for making aero becomes as common as fabricators and small fab shops now owning their own CNC machines (which we've seen explode in the last decade). Sounds like the 1016 kit has pretty solid fitment and our curiosity is especially piqued about the replaceable diffuser fins.

Overall, it's refreshingly subtle, and it's nice to see a modified supercar that doesn't look cheap or tacky with all manner of weird add-ons. Of course, as the Ferrari F8 Tributo starts around $275,000, the full aero kit correspondingly won't come cheap. If you choose not to buy 1016's kit piecemeal, the whole shebang will set you back a whopping $46,640.

Behind the Scenes at Toprank Vehicle Importers
SuperStreetOnline features