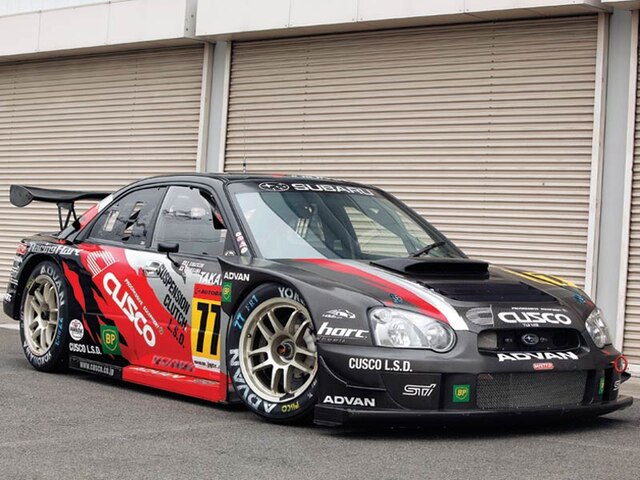 It's always difficult to write about a car when the information that suddenly pops up on your desk lacks the necessary specs or the spec sheet is written in a foreign language. Imagine our surprise when Cusco's Impreza GT was assigned to us with the latter. Immediate confusion rolled through our brains; the Japanese characters might as well have been hieroglyphics because they looked just as nonsensical. Sure, we could figure out a couple of them since there were English name brands, but you can't carry an entire story just because you know the car is sporting a set of Racing Hart wheels. And forget about trying to make something up. You guys can see through our BS every time (we have the letters to prove it).

So the spec sheet sat in front of us. We'd stare endlessly at it, hoping it would somehow translate itself, but the actual chances of that happening were pretty much nil. And since it's pretty difficult to phone over to Japan without the other party having any clue of what you're saying, we finally went to a friend to have it translated. But before we divulge what this car is all about, you should probably know a little background information on Cusco and why it decided to become involved with a project such as this. Cusco is a brand name of Carrosser, a company created in 1977 by Yuji Kase as a performance shop for rally racing. The name Cusco was derived from the Incaic Empire of Peru, South America, as it was one of the originating cultures known to mankind. Carroser wanted the Cusco brand to be the origin of car tuning and performance in regards to the compact performance market. Basically, the overall goal was to be the originator, not an imitator. However, the philosophy behind the GT300 class is different.

More than just a test vehicle for Cusco's STi products, the race team will pull out all the stops in order to achieve its primary goal: winning. Starting out as an all-wheel-drive platform, the Cusco GT300 Impreza was converted into two-wheel drive with the rear wheels in charge of delivering power. The DOHC EJ20 engine sees light upgrades with a single, ball-bearing IHI turbo and reprogramming of an STi ECU. Cusco employed its own aluminum radiator, oil cooler kit, and a Calsonic intercooler to help lower engine temperatures. For durability on the track, the six-speed, sequential Cusco transmission has been fitted with a triple-plate Tilton carbon clutch and a 1.5-way RS Type limited-slip differential. So far this setup is good for 300ps, which should be quite enough for circuit racing.

Because suspension is one of Cusco's fortes, its techs used a combination of the company's own springs matched to a set of Showa dampers for supreme handling on the track. Further stiffening comes in the form of Cusco's upper pillow mounts and a Safety21 rollcage in the driver's cabin. The braking system is serious business as well; a massive set of Alcon six-pot calipers, Earl's stainless brake lines, and PFC brake pads are bolted to each corner, delivering stopping power on demand. Filling up the wheelwells of the widebodied chassis (which, by the way, use Cusco's original aero pieces) are a huge set of lightweight, magnesium 18x11 Racing Hart CP-035 wheels, which use a set of ueber-grippy Advan 280/710R18 tires. A Bride Zeta II Neos bucket seat and a Takata 340R harness were also installed for driver comfort and to impress the crap out of you. 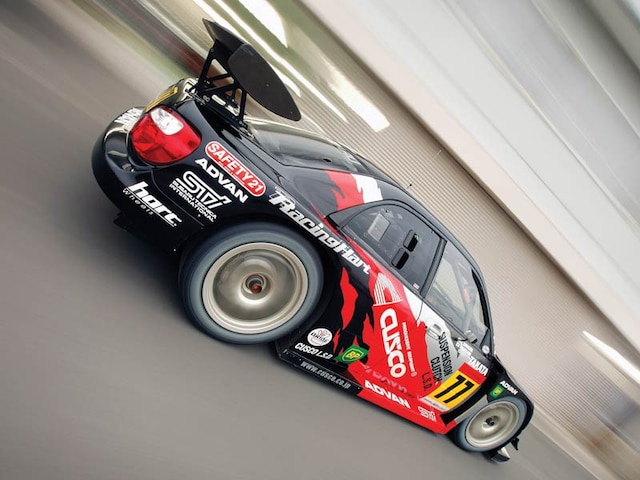 Although the Cusco GT300 has yet to win any races (as of this writing), the Cusco team is confident that its skills, devotion, and expertise in creating proven parts for the track will bring it success. It believes that its parts will do the talking when it comes down to putting up the numbers and end results. We're positive Cusco won't have any problem getting its point across. -