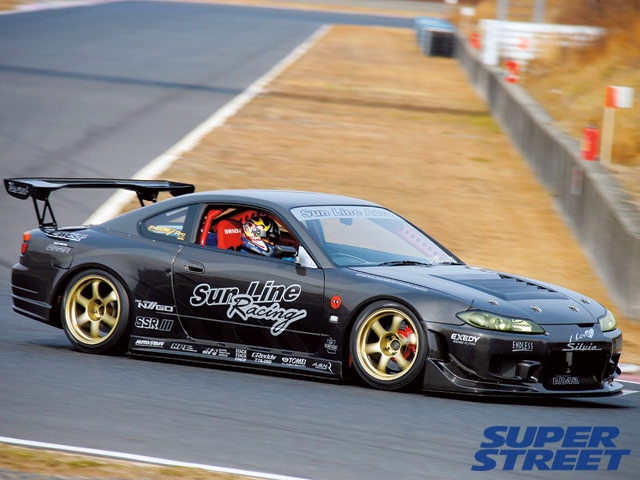 Just who the hell do the people at Sunline R think they are? Never heard of 'em? We didn't expect you to. Sunline's an Okayama-based shop, and we're willing to bet that you haven't heard of that city, either. Near the Osaka end of the country, Okayama is home to a crapload of amazing tuners you'll never hear of and drifters you'll never see on American soil. Sunline R is one of those tuners. And like other tuners, Sunline R focuses on one make, and in this case, it's Nissan. Some of the other demo cars from Sunline are the Silvia Street Version (no relation to the Super Street Version), Sunline FairLady Z33, R32, R34 and Sunline Cefiro. The company's Silvia S15 SPL is the road racing track-counterpart to its Silvia S15 Street version. You've seen enough last-generation Silvia models to know when to be impressed. 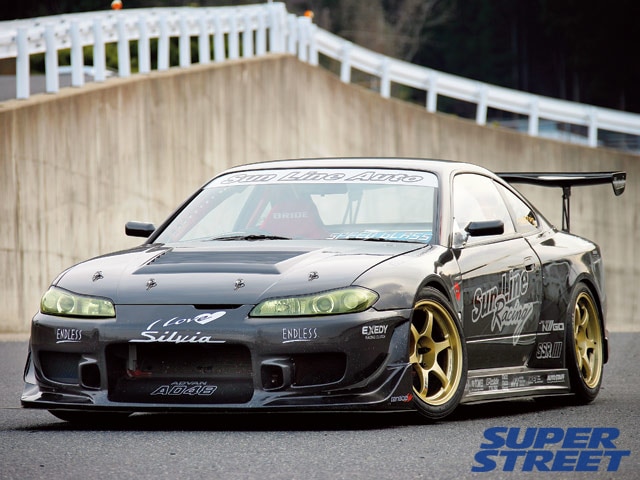 Now is one of those times.
On December 8, '05, the Sunline R Silvia SPL destroyed Tsukuba Circuit, posting a best lap time of 0'57"291. That's within four seconds of the record set by the all-carbon HKS Lancer Evolution-not bad for a car that probably weighs a few hundred pounds more. To be fair, Sunline also put in considerable effort to reduce the weight of the Silvia chassis. However, unlike the HKS Evo, the major parts of the unibody are steel, with its only removable parts made of carbon.

Sunline's expertise comes from building cars and designing parts. The company specializes in anything from the usual stuff like aluminum radiators, catch-cans, and aero parts, but it also takes things a few steps further with fancier stuff like Sunline R suspension parts and even dog gear transmissions for the Silvia. 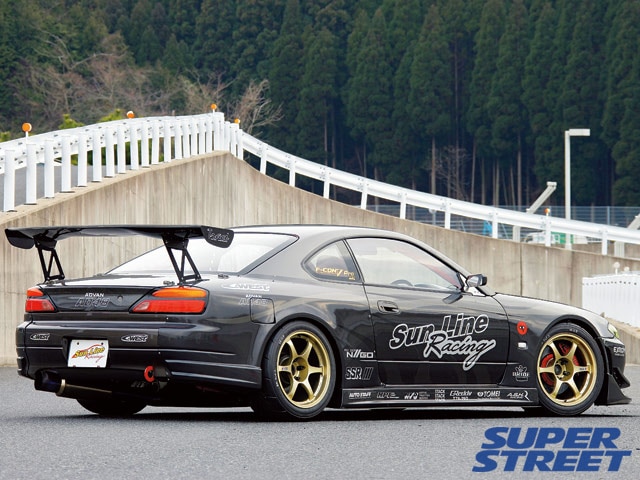 The Silvia SPL isn't an SPL for nothing. It carries a killer punch in the form of Tomei's 2.2 liter engine kit. The kit consists of Tomei forged piston, forged H-section connecting rods, and forged fully-counterbalanced crankshaft; this last piece is where all the money goes. But Sunline R went further to set the SPL apart from its Street Version. With the bottom end completely fresh and ready for battle, SPL didn't intend on leaving the head alone. Tomei INEX 260 degree Procams replace the stock camshafts, along with Tomei PBB valve guides and Sunline R's Headtune.

There are a bunch of other goodies we don't really understand, but most were all produced by Sunline R, like the Super surge tank, Super BIG Throttle, custom-made Titanium front pipe, V-mount cooling system, Side Tank three-layered aluminum racing radiator, Super Radiator surge tank, water by-pass block, Super SR Block and GT cooling panel. Only the turbocharger, oil cooler and intercooler core were produced by Trust, with the latter being produced by HPI.

Sunline's weapon of choice for the exterior is a long list of C-West aero parts, along with a few in-house carbon parts. The reason Sunline chose a mix of C-West parts along with its own was due to the weight-saving benefits of going with all-carbon fiber parts. Not only do they reduce the amount of weight added, but the widened front and rear track accommodates the Endless front six-pot calipers, Brembo rear R33 GT-R calipers and the 17-inch diameter, 10-inch wide SSRs. Yes, that's 10 inches wide on the front and rear. That's what makes squeezing fat Yokohama A048s an easy task. Sunline R's carbon doors, rear diffuser, vented hood, trunk, cannards, and HPI acrylic windows are all also functional; the C-West mirrors and multi-LED taillights, not so much.

With power-up from a Tomei 2.2L engine kit and weight down with all the carbon parts, Sunline focused just as much work dialing in the chassis with Zeal Super Function coilovers customized, again, by Sunline. But it's not just that; Sunline has replaced the tension rods, tie rods, rear suspension arms, stabilizers and added some bars. The Silvia chassis has actually been fully reinforced using Sunline R side seals, main frame urethane foam and a 14-point custom cage. With such a stiff chassis, one out of four wheels is sure to be regularly off the ground under hard lateral acceleration.

Sunline R has yet to bring a car to the U.S. We'd love to see what the Silvia S15 SPL could do in the House of Drift. Yo, Sunline, if you plan on coming over we'd take one for the team and test drive it for you. We promise not to let Jay get in the car. That's a promise, promise. 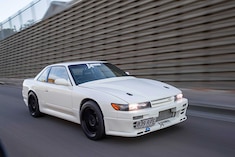 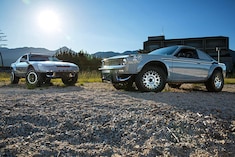 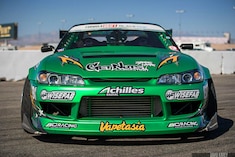 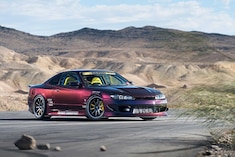 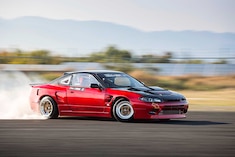 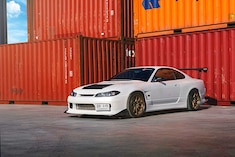 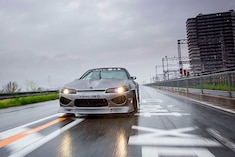 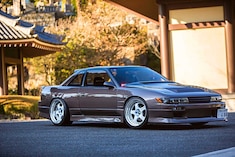