This Is One Unforgettable, Classy Little Badass 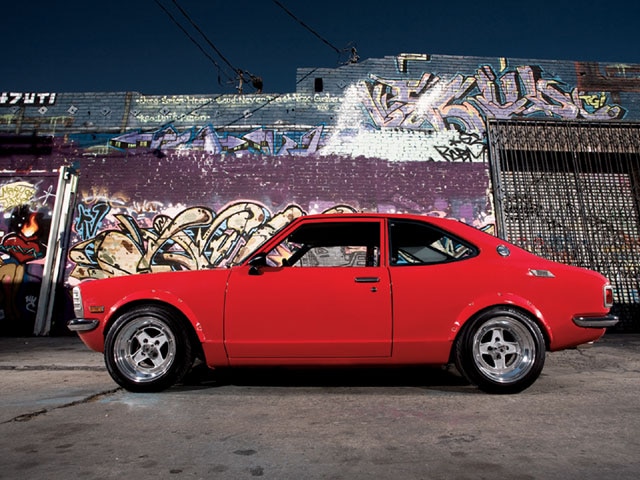 In this month's Back in the Day section, we bring you a 1974 Corolla. This second-generation Corolla has been dubbed the "mango" due to its small, compact, organic shape. Paul Aguas' mango maybe classy red on the outside, but inside it sports a beefed up 1854cc 2TG heart.

Having a normal job unrelated to cars and only working on the Corolla as a side hobby, it took Paul five years to complete his dream. During that time, he had to source parts from all over the world; from Japan to Australia to the Philippines, Paul patiently collected and built. Being a systems administrator and drummer, he wanted to build a nostalgic car from the ground up, along with having the pride of driving something he built himself. 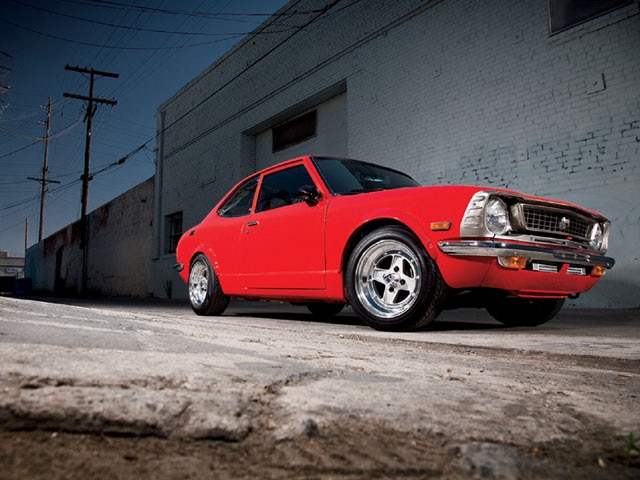 "I am not a mechanic by trade, so this was something that I did without prior experience. I learned a lot about how every part works. Not being mechanically inclined, this was all new to me. And this was mainly a backyard build; almost everything was done in my garage with the help of friends."

Although Paul wasn't mechanically inclined before, he wasn't new to performance cars. Previously owned cars include a 1995 BMW M3, 1992 MR2 Turbo, 300ZX and a BMW X5. Once you go turbo, you never go back-well, I guess that can be true in this case. After having a couple turbo cars, the boost junkie decided to turbo his Corolla. Paul previously had a 4AG in a different second-generation Corolla and even thought about doing a rotary engine swap in this particular build. He had several engine choices to make good power with. But he had strict consideration with the philosophy behind choosing parts for an old skool project. Using a 2T-G would be much more "OG" and adding a turbo would give him the ability to make big power gains. With forged Arias pistons and Eagle rods, Paul took a 2T-G and bulletproofed it for boost. He also decided to increase the bore to 87 mm and stroke to 78 mm, bringing the 1588cc displacement to 1854cc.

Although the car is beyond pretty and worth more than most would pay for it, it is driven almost daily on the street. The car is not built for the racetrack or car shows; rather, this is the outcome of a streetcar hobby that became an obsession. In his obsession, Paul came across several barriers, including lack of an aftermarket turbo kit and fitting the newer W58 transmission in place. Lots of fabrication and modification had to take place to make it all happen.

Soon, Paul will be upgrading the brake system. And after that, he plans to upgrade the turbo, rear differential and gearing. Like most of us, his car project has an end.