Jun Auto Delivers The Perfect Remedy, This Sti, For Those Of Us Who Have An Overactive Bladder Like That Of A 5-Year Old Girl 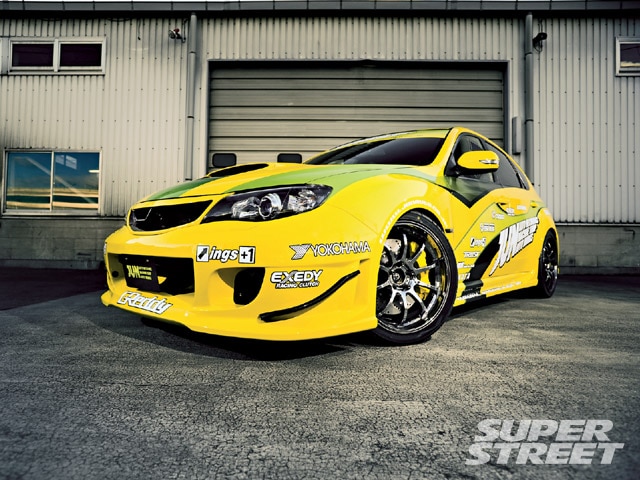 The downside to visiting Japan during the winter months is an obvious one: weather. It's not an intense cold if you're in or around Tokyo but go points north and you're doomed. The coolness is brisk and affected us in such a way that it forced JDM Wong's bladder into overdrive, sending him to the urinal every 15 minutes to relieve himself. "I counted four times at least," Sean says.

But don't think we're all about pissing our water weight down the drain. Other than wanting to jump in the car to shield ourselves from the frigid air, we did it anyway. Not just because we had to, but because we kept wanting to stare at it. We needed to. The JUN STI is sex on wheels, the automotive equivalent to Marisa Miller but with ten times the flash and sadly less bodacious boobs. Those ADVAN RS-Ds are a nice compromise, however. As the sole demo car of JUN's tuning capabilities at this year's Tokyo Auto Salon, it was a fresh breath out of the heavy GT-R and Evo X (no less awesome being a STI) surroundings and one of the first of the latest generation STIs that sported more than a fancy set of wheels. 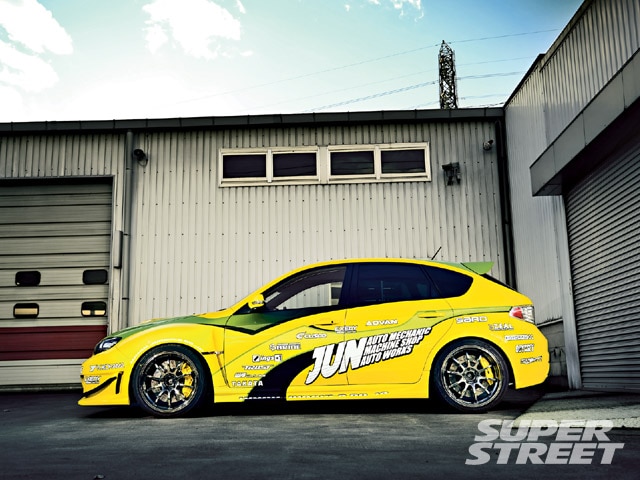 JUN's STI wows us in a major way by looking the part of a knockout. See all that fresh aero couture? The bumpers, side skirts and front grille - all ings+1. The buff Comfort Sport muffler from GReddy beams with pride, flexing four massive exhaust tips and the graphics spread all across the car remind you of the Hyper Lemon builds of the past and that the tradition carries on today. Zeal Super Function coilovers lower the car reasonably on top of those polished RS-Ds we couldn't get enough of at TAS, while stuffed behind those are JUN's own stock of larger, racing brake calipers. A look inside reveals a pair of Bride Zeta III seats matched to Takata harnesses as well as a Works Bell steering wheel fixed to a quick release hub. 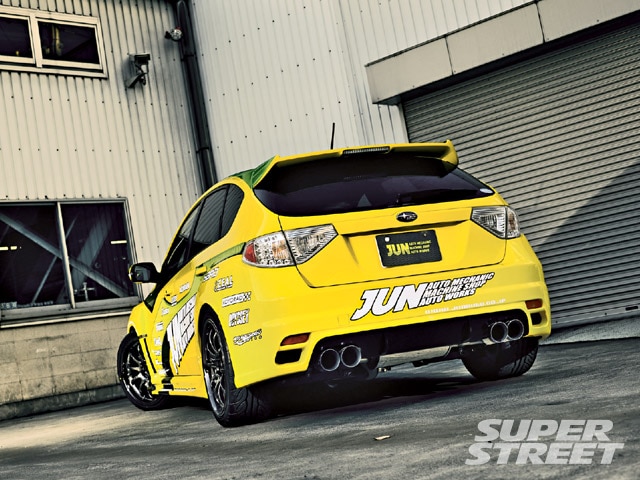 JUN states that while this may not initially be the mega-horsepowered machine the GRB could be, it someday will be - maybe even as soon as by the time you read this. When we lifted this STI's hood, we could only spot the prototype intake by JUN, a Type RS blow-off valve from GReddy and a Cusco strut tower brace. An HKS F-CON Vpro is perhaps the most complex piece of tuning equipment on this build as it's been set with a more aggressive map for optimum power in stock form. Once more parts are added, JUN can dial it in for even more.

We wouldn't mind seeing figures double that of stock. 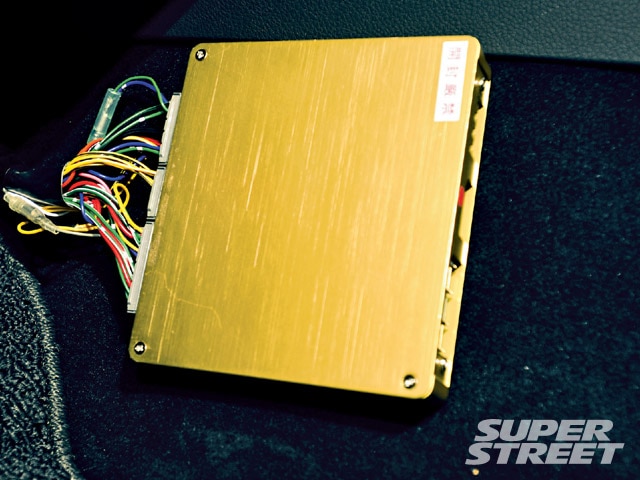 Sure, this isn't quite the time attack monster of days gone by, but perhaps this is a very accurate portrayal of street vehicle tuning in this day and age. As our JDM homie Tetsu was quick to point out, the current trend on the streets of Japan is no longer going fully-blown-balls-to-the-wall with older vehicles, but rather taking the newest technologies and improving upon it in the few areas where it's actually needed. Case in point: Sean's EK hatchback, but don't think that for any amount of money his car could be equally as fast, comfortable and practical as this STI. 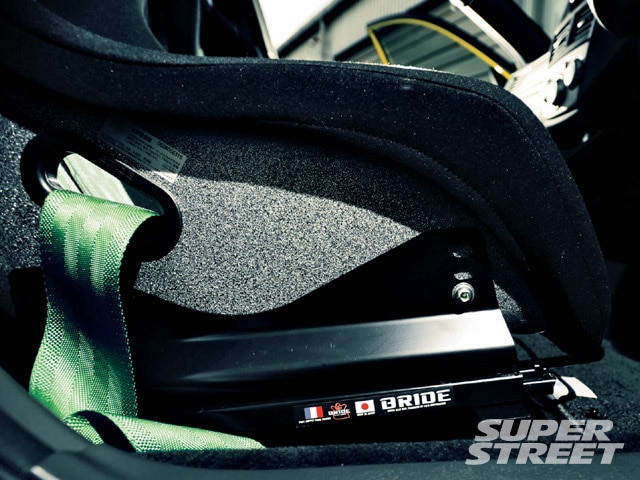 Like we said, it's not to say that JUN is going to leave it in this state. As we saw at their booth at Tokyo Auto Salon, JUN offers an extensive line of internal components for the EJ20 STI engine. The heavy hitters from the lineup are the infamous stroker kit, camshafts and the all-mighty yellow-to-green valvecovers. But in the mean time, we had to get a closer look at what the guys at JUN were bringing to the table, and as always, they didn't disappoint.

How To Translate Spec Sheets 101
Tracking down information on cars from Japan isn't hard but translating them can be a bitch, especially if you can't read Japanese. Often, a snapshot of the parts list from Tokyo Auto Salon works and you can guess most of it. When Tetsu goes missing for a couple of days, we can always resort to a Japanese translating website but that takes ages. Maybe we should attempt to learn the language sometime or find a way to smuggle Tetsu here for good. Who votes for the latter? 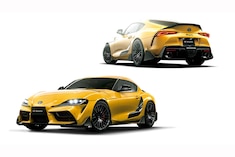