This beautiful Fairlady Z is still daily driven by its first owner. 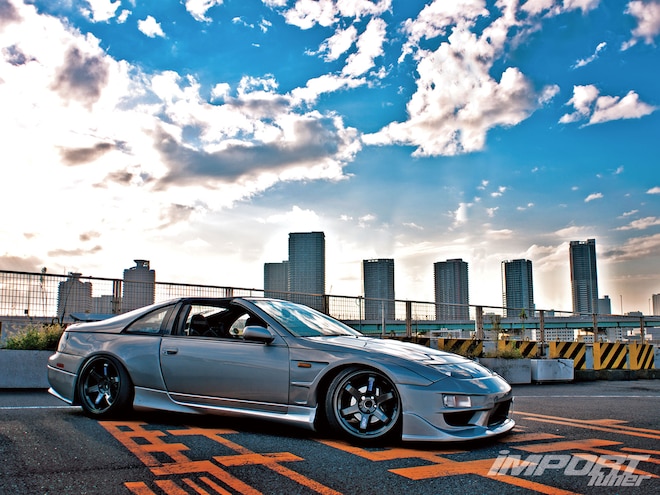 Manabu Harada has owned a Z32 Fairlady for the past 20 years. Yes, you read that correctly. This year marks two decades of dedication to this specific chassis. He purchased his first Z32 Fairlady Z, an automatic 2+2 in 1992. Over the next eight years, he replaced the original equipment with parts that better suited his needs and goals for the car. One fateful day in February 2000 the transmission gave out. Manabu decided it was time for a new car; he removed and replaced everything aftermarket on the car with stock parts and bid the car farewell. It was a bittersweet moment, seeing a chapter of his life end while looking forward to a new adventure with a different car. As soon as the car was out of sight, Manabu went to the Nissan dealership for another Z32, a '00 2+2 with a standard transmission this time. 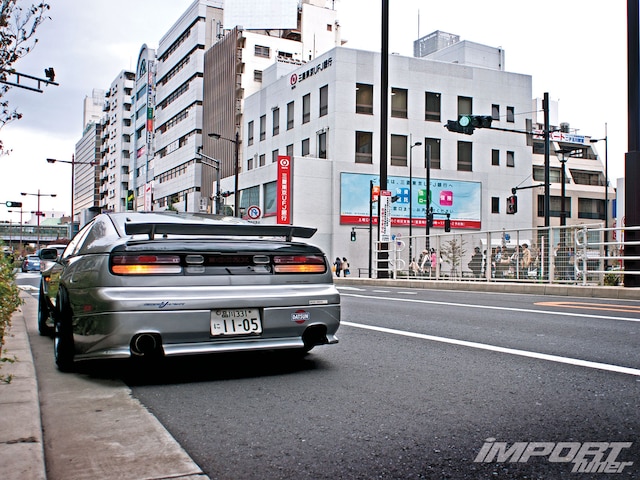 Manabu is an office worker by trade, at a company in Yokohama that manufactures camera sensors--pretty much as far as you can get from the automotive industry--yet he still manages to keep his passion for cars as strong as ever. He says that he has loved cars for as long as he can remember. In the metropolitan areas of Japan it is very inconvenient to own a car, with the costly registration fees, crowded highways (that you have to pay for with every use), and parking that can be upward of the equivalent of $100 per month for one spot, it's definitely not something you commit to without putting in some serious thought. Generally, if you don't need a car for work, you don't need a car. Manabu, at 46 years old, understands this better than anybody, yet he continues to own a car and drive it to work every day. Why doesn't he utilize the efficient and convenient public transportation system? Living in Kawasaki and working in Yokohama should make for a simple and easy trip on the train, and it works just fine for the countless other people who have the same commute. To Manabu, it is very simple: He enjoys spending time with his car. It is not an appliance to him; it is his personal space, his "territory", which he has to share with no one.

Manabu purchased the car brand new (bone stock). His journey to create a car that would be truly his began by adding a few parts, like the Yokohama Advan AVS Model 5 wheels, that he had removed from his previous Z. Manabu is very adamant about the importance of a low ride height. One of the main reasons he continues to stay true to the Z32 platform is because of its low and wide profile, even in its stock form. Of course, although low compared to other cars, the stock ride height simply would not do. When it came time to choose a coilover setup Manabu decided on an Aragosta Roberuta Cup air cup over-spring system. He says that the ability to adjust height from within the cabin is incredibly useful when faced with obstacles, such as driveways and speed bumps. Now that the low characteristic of the car had been plenty supplemented, Manabu widened and shaped the exterior panels to his liking. The front and rear bumper half spoiler are Mission products, effectively giving the car a meaner and updated profile while sitting slightly lower to the ground than the stock counterparts. The front over-fenders are Origin Lab, 20mm wider than stock and vented. The rears are modified Mission pieces; at 55mm wider than stock they give the car a noticeably more aggressive shoulder line. The Border side skirts and KPGC10 "hakosuka" Skyline rear spoiler may seem random, but in reality were carefully selected to complement the rest of the aero enhancements. Finally, everything was painted Nissan Sonic Silver and the pinstriping was reapplied.

One day when Manabu was hanging out with his friend Mr. Nagasaka from the well-known drift team Spirant, he noticed that Nagasaka had bought a new set of wheels for his 180SX. Manabu immediately fell in love with the wheel and decided that he absolutely had to have a set of his own. As you may have noticed, the Advan AVS Model 5s are no longer on the car; they have been replaced with a set of Diamond Black Volk Racing TE37s like the ones on Nagasaka's car, however slightly larger. Manabu's measure 18x9.5 +12 and 18x10.5 +15, and are wrapped in 235/40/18 and 265/35/18 Dunlop Direzza DZ101s, a perfect fit for the widened bodywork.

The rest of the car, although meticulously maintained, remains mostly original. The interesting trend with this car is that Manabu only modified what he can touch, see, or hear. Aside from the suspension, aero, and wheels, the modifications are fairly sparse. The exhaust gases are pushed through a Be Free 80mm exhaust system paired with an A'pexi Active Tail Silencer to keep family outings as pleasant as possible, which is actually the reason he opted for the 2+2 model. For this same reason, the pair of Bride Vorga seats are reclinable for the ability to choose your own seating position on long trips and allow passage into the rear seats. A premium Nakamichi head unit and amplifier power a set of Canton front speakers and subwoofer as well as a pair of JVC rear speakers.

This Fairlady Z may not be what you are used to seeing on the pages of Import Tuner. It doesn't boast astronomical power figures nor does it hold any track records, and it will most likely never take part in a car show. What does this car actually do? This car has been driven every day for 12 years by the same owner and has become an extension of Manabu's being. In this day and age when it seems like people are out to get their 15 minutes of fame through their car, it's a breath of fresh air to see cars like this one. And at a time when it is considered rare to be married for over a decade, this car and driver have been together for 12 years. If there is such a thing as perfection, it's here-a car that is nothing more, nothing less than exactly what the owner wants it to be at this moment in time. In Manabu's words: "Although it is very fortunate to make a wish into a form, it will become endless if it is going to obtain 100 percent of satisfaction." This car will continue to evolve as his needs change, and sometimes due to outside forces--a few weeks after these photos were taken, this car was involved in an accident on the Tomei Expressway, resulting in what would be considered a total loss. When faced with a situation in which many people would choose to start with a new chassis or even a newer car, Manabu chose to repair his car regardless of it being a financially irresponsible choice. What else would you expect from a man who when asked how he feels about his car replied: "Very happy. Although I met her 20 years ago, I'm still very happy"?

Motivation:
"Since I had the same car for eight years before this, and I had ideas for a design change from that time." 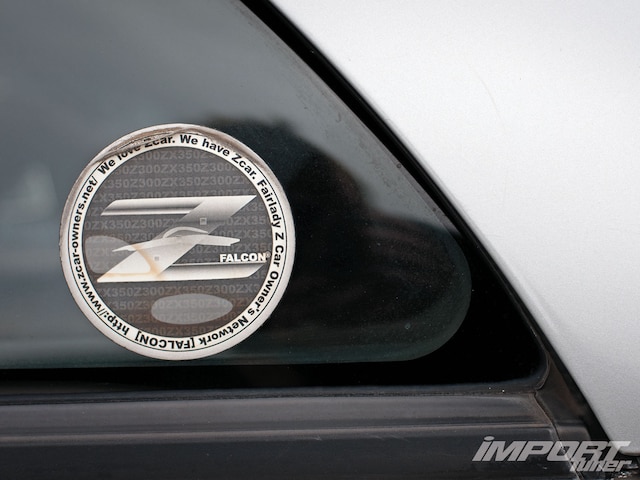