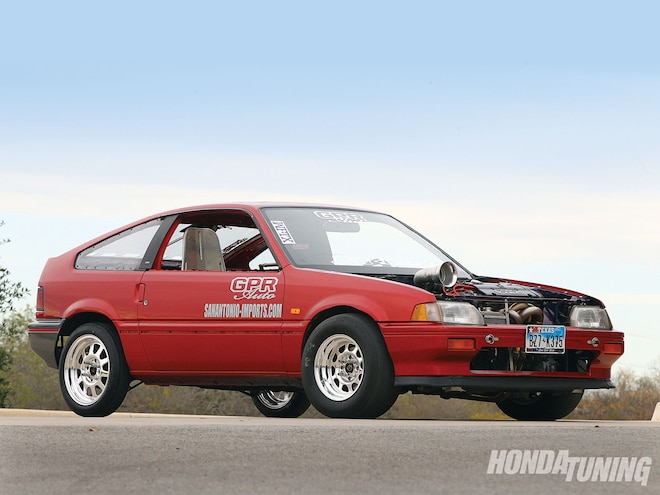 Even if one of the CRX's early developers and now-president of the company didn't say it, you'd still believe it: The two-seater hatchback epitomized an affordable sports car class that had yet to exist, laying the groundwork for 30 years' worth of economical and environmentally conscious compact cars that didn't suck.

The story begins in early 1983 when Honda of Japan introduced what it called the Ballade Sports CR-X, which was available in 1.3, 1.5, and Si configurations, the last of which featured the 130hp, twin-cam ZC engine-an unprecedented powerplant for such a small car. Later that year American Honda introduced its own CRX (no hyphen on U.S. models) for the 1984 model year to U.S. consumers in trims ranging from DX, HF, and Si. It was a magical time, not just for Honda, but for small car enthusiasts; aside from its reentering Formula One that very year, Honda's Ballade series of vehicles had just been named Japan Car of the Year, the company's American division had finished establishing Honda Research of America Inc. (now Honda R&D Americas), and the CRX Si, which was arguably one of the first truly fun-to-drive FWD compacts, was now a reality.

According to former American Honda public relations chief Kurt Antonius, the CRX acronym is based off of the company's Civic Renaissance name, which was Honda's internal, preproduction theme for its small platform vehicle development. The theme represented the company's desire to "push the envelope and reinvigorate [its] entire Civic lineup." The X, which stands for eXperimental, or sports model, was added to distinguish the two-seater hatchback from other Civics, which were simply known by CR. According to Antonius, the company's internal development term soon became the CRX's official name. 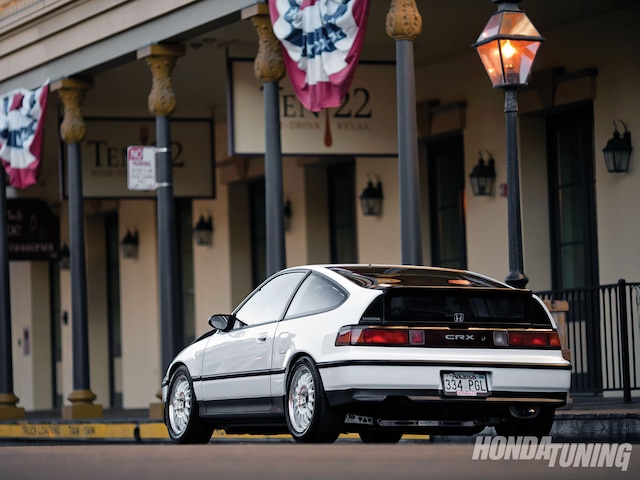 The CRX's chiseled front end, available 91hp Si engine, and positive-feeling gearboxes ensured their success. Although based on the Civic chassis, only shorter, the CRX was built with its own sportier body and included only two seats (U.S. models), which all lent themselves to the car's impressive fuel economy. Even today, the '84 CRX base model and '85-'87 CRX HF are lauded for their amazingly conservative fuel consumption. But mpgs didn't seal the CRX's fateful success alone; the Si, most notably the second-generation version that launched for the 1988 model year, did. Honda did away with the CRX's entire engine lineup when developing the new model, now making use of an engine architecture and geometry that would stand for more than a dozen years. It also redesigned the second-generation version's suspension with a double-wishbone configuration that was loosely derived from its Formula One efforts and adopted from the Prelude. The unequal-length, twin A-arm arrangement replaced the older model's torsion bars and semi-independent-rear layout and is regarded as one of the most capable factory suspension configurations 25 years later.

Racers knew this, which is precisely why so many successful campaigns have been based around the CRX. Professional race car driver Randy Pobst piloted the T.C. Kline Racing-prepared CRX in the early 1990s, winning the IMSA Firestone Firehawk Touring Championship, helping secure his then reputation as a FWD specialist. David Shih relied on the CRX chassis to record the first 10-second pass in Honda history. A few years later, brothers Ed and Ron Bergenholtz did something similar, this time posting the first nine-second pass in a unibody Honda, forever changing how the world would see the CRX. For enthusiasts, the CRX is every bit as popular today as it was in 1983, continuing to epitomize the affordable sports car class that was arguably born that very year.