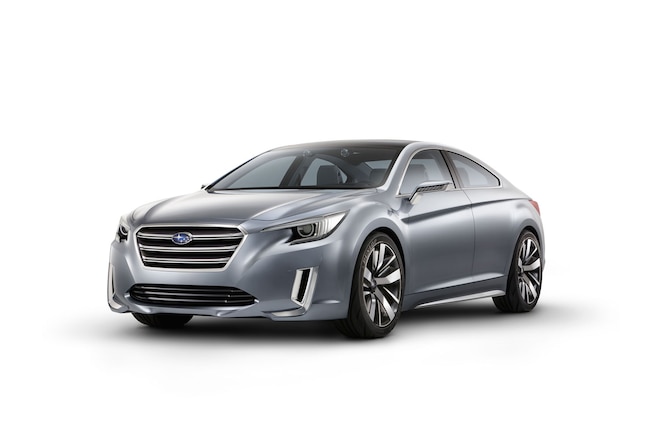 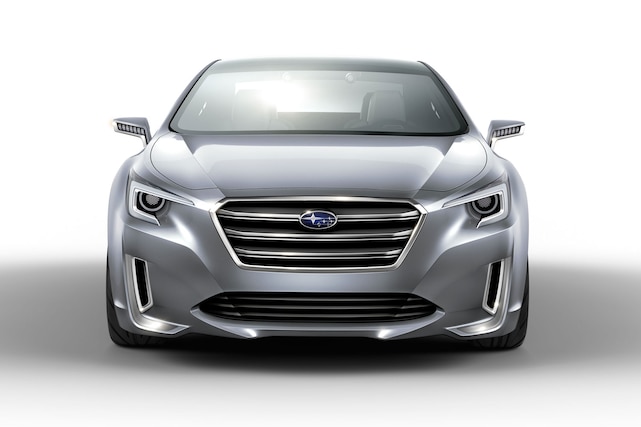 The 2013 Los Angeles Auto Show is just around the corner and Subaru has already teased the 2015 WRX; now the automaker has announced that it will also debut the 2015 Subaru Legacy concept. Unlike the single WRX image that was teased earlier this month, we received several images of the Legacy.

The Legacy concept is a preview of what’s to come for future production models. Compared to the Legacy that is currently in production, the concept appears to have a more coupe-like silhouette. The sleek four-door concept features a bold hexagonal grille with three horizontal chrome bars, hawk-eye headlights, and air intakes. 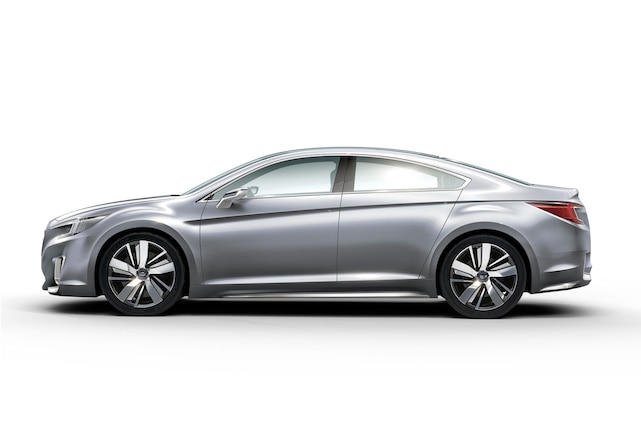 The rear repeats the hawk-eye theme with the tail lights, while two wide-set rectangular exhaust tips frame the rear bumper. The big 21” wheels are not likely to be carried into production, but they do hint at the standard AWD drivetrain.

Subaru has not released any information on powertrain options for the Legacy concept. The current 2014 Legacy’s 2.5L Boxer engine has the capability of pushing 170hp and 170 ft-lb of torque. Stay tuned for more information and live coverage from the Los Angeles Auto Show.

With Super Lap Battle right around the corner we work hard with the guys from Ubersport Performance to get our '98 Subaru Legacy ready for SLB. 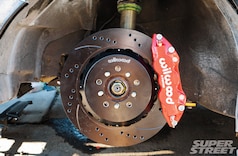 1998 Subaru Legacy GT Brake & Suspension Upgrade - These Are the Brakes!

We upgrade the brakes and suspension on our 1998 Subaru Legacy GT wagon project car with some parts from Wilwood and Whiteline.

We take Import Tuner's old 1998 Subaru Legacy GT Wagon over to JDM Engine Pro to get a new engine courtesy of a JDM '05 BP5 Legacy.

Watch as we pull out the dents on our Subaru Legacy project car before dropping it off at Iconography Studios to get it wrapped in some Black Metallic 1080 Series vinyl wrap from 3M.

Watch as we improve the looks on our BG5 Subaru Legacy wagon by adding some new headlights, some JDM taillights, and a STI Type RA Spec-C front lip.

We breathe some new life into our 1998 Subaru Legacy GT project car by adding some HSD MonoPro coilovers.