In just five days, Darren Yoo builds one of the hottest BMWs in America

Four months ago, Darren Yoo's BMW 335i was the dopest 3-Series we'd come across in North America. 600whp, single-turbo converted and a WTCC carbon-fiber widebody--we didn't think any other current-gen Bimmer could catch our attention like it. But we were proven wrong after discovering this E92 M3 at Wekfest, only to find out it's owned and built by Darren, too!

Darren parted ways with his 335 to fulfill his dream of owning BMW's ultimate driving machine (you know, the M3!). While it might have been a step back for Darren (bone stock and less power), nothing beats the sporty feel, look and status of an M3. Darren made the jump and at the same time, it just so happened that Japan's Liberty Walk unveiled its widebody kit for the M3 coupe. Love at first sight...

"Their style is outrageous but somehow flows well with the M3 unlike some other kits out there," Darren explained. "The kit looks perfect from every angle!"

Darren was able to witness the unveiling of the first two Liberty Walk cars built by his go-to shop LT Motorwerks (LTMW). Liberty Walk founder Wataru Kato was also visiting the shop from Japan at the same time and made such a positive impression on Darren, he had to have it. Months later, the blueprint was mapped out to build the next Liberty Walk car. When all the parts arrived, LTMW had a week to install the kit, paint it and add all the bolt-ons before it was to be unveiled at Wekfest. No sweat, right? 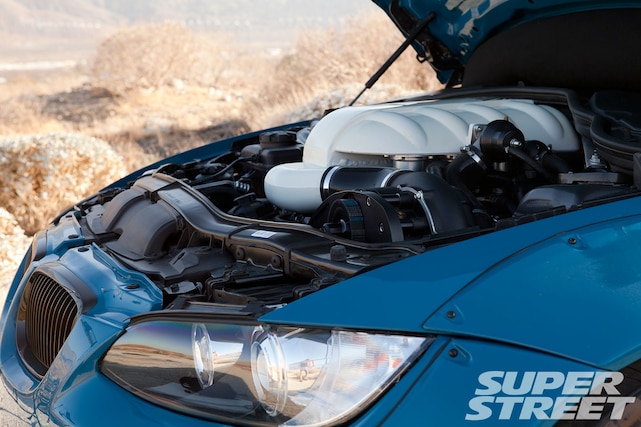 Starting on Monday, LTMW began cutting the stock body and riveted the massive Liberty Walk fenders on. At the same time, LTMW added its signature bumper replacement for the 3-Series--a combination of two OEM bumpers that have been grafted together to look like the 1M but fit like factory on the 3-Series. The exterior was painted OE Laguna Seca blue--a color that has significant meaning to Darren. "Before I was even in the BMW scene, I was at my restaurant one day and saw this blue car just driving by. I said to myself 'wow, that car sounds awesome and that color is beautiful.' That's when someone told me it was an M3 and that's when I started to read about BMWs. So I thought for this build it would be the perfect opportunity for me to paint my first M3 the same color as the first M3 I saw and fell in love with." A job well done, as the color looks fantastic, and flows with the aggressive motorsport-themed style of the car.

Fitting up the right set of wheels wasn't an easy job either but Darren sourced a set of 19" Work Brombachers. The rears were rebarreled with 7" outers to widen the rims from 11.5" to 13.5". Then, LTMW wrapped up the car with all the best goodies--StopTech big brakes, 500+whp supercharger kit, KW coilovers, Recaro seats and a beefy rollbar.

We'll admit, there isn't a ton of custom work on Darren's car but it has the right mix of high quality parts to do the trick. Add the fact that LTMW only had five days to finish the car; this M3 is definitely one of our favorite Euro builds of the year. 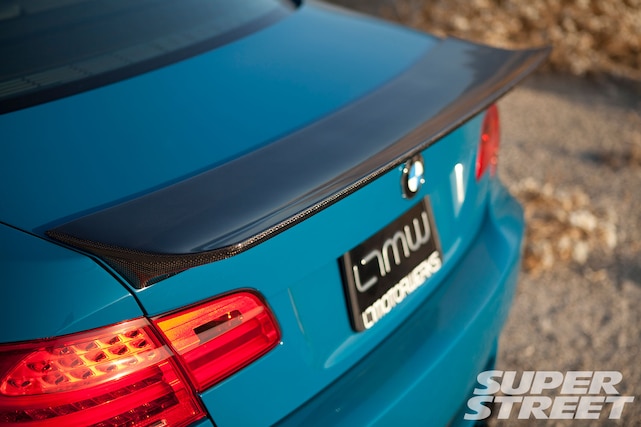 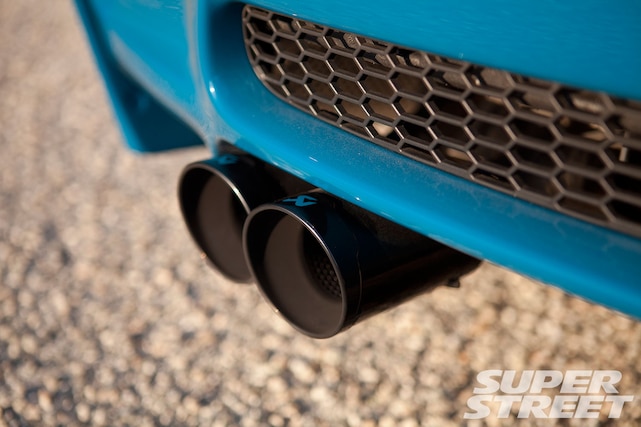 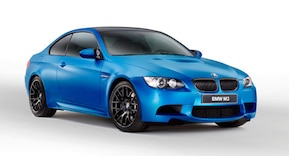 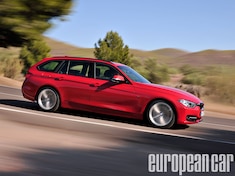 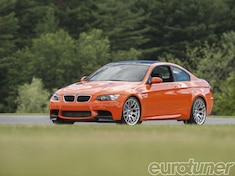 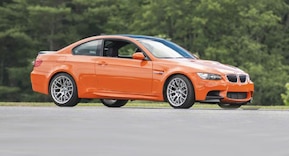