Starlet. Nothing sounds more testosterone lacking, feminine adolescent, or even mildly stripper-esque than this expression. If anything, it can be considered kind of cute if we absolutely must give credit to its creator--the Toyota Motor Corporation. Time was definitely irregular back in the '80s, but, looking at the big picture, not much has changed. Automakers still decide each model's name according to the country of allocation. In certainty, they continue to let an intellectual employee decide on the names after careful consideration of social trends and linguistic slangs for each market. The predecessor of the Starlet model was bestowed a fresher name, the Toyota Publica, starting and ending its antiquated reign from 1961 to 1978. The Starlet's successor received an even cooler name that was perfectly aligned with its era of production, called the Corolla FX16 in 1985. As usual, none of the other cooler Starlet models besides the KP series ever made it to U.S. shores. However, despite the bubbly Starlet's estrogen-smothered surname, it was a solid platform that was highly praised by many automobile-loving enthusiasts all over the world in various genres of motorsports.

Eugene Garcia of Rosemead, CA, was one of these fanatics who genuinely appreciated the classic nature of the KP61 Toyota Starlet. He finally acquired one and preserved it in a safe house for over 15 years.

Don't misunderstand Eugene's actions, this vehicle was never forgotten nor neglected through its slumber, but instead thoroughly improvised for its extensive customization and strategized for its timely revival. In a more conflictive sense, it was in guerilla mode, collecting formidable armaments and crouching like an assassin waiting for retaliation against modern adversaries of present automotive technology. Everyone, especially the domestic crowd, knows that a classic car equipped with a modern powerplant and computers are the influential bunch of the pack.

For those enthusiasts who were clever enough to realize that this affordable Toyota subcompact was one of the last front-engine rear-wheel-drive-configured automobiles the automaker would release, one didn't think twice to snatch them up and store them away. In spatial aspects, the Starlet didn't really take up much storage space either. The 91.5-inch wheelbase is so short that in extreme cases one can manage two Starlets in a single parking space. So a full decade following the millennium, Eugene finally received a spiritual calling from the Japanese classic car gods to impede hibernation and begin building the vessel for salvation. Full restoration of Eugene's '84 Starlet took over a year with a wealth of investment, combined with the aid of the supreme knowledge of a seasoned classic Toyota shop, Racetoys in Diamond Bar, CA. Moreover, the key to the success of this amassed intricate automobile machinery functioning harmoniously was patience.

First is first. The original kouki 4K engine came fuel injected, but it was quickly tossed for a 1.6L 4AGZE engine. The factory-supercharged 4AGZE is basically a low-compression motor equipped with beefier connecting rods to handle forced induction. The engine was torn down for a full-forged internal build, including 8.1:1 Arias pistons, TODA piston rings, Carrillo connecting rods, and custom re-sleeved cylinders. The big-port head was assembled with TRD, HKS, and ARP products, which is a tried-and-true formula that has been proven not to act up in any way. Individual throttle bodies (ITB) are synonymous with old-school tuning, which run much more efficiently with an ECU than an outmoded carbureted system. Eugene's factory AE111 ITB system required a custom air intake surge tank--one that won't leak any pressurized air from the turbocharger compressor. The HKS GT2540R turbocharger is a small T25 flanged unit, but it packs a powerful whirl of compacted air, capable of over 350 hp on a small-displacement four-cylinder engine. This turbo was mated to a custom-made exhaust manifold and pipes, with an HKS wastegate, Greddy intercooler, and an ARC blow-off valve. Gases are spent through a custom exhaust system designed with a TRD muffler.

An Australian computer system, named the Stinger EMS, was implemented to give control of engine modifications made beyond that of the stock realm. A simple fuel compensation controller would have made the car run, however not to Racetoys' high standards. A custom turbo setup combined with a low-compression internal rotating assembly required full tuning of custom fuel and ignition maps to an intricate level. Fuel and ignition spark are two essential factors to make an engine go suck, squish, bang, and burp. Eugene decided, with a system that was capable of uncompromising ignition spark and fuel supply, ideally to maximize turbocharger performance and produce torque. A set of Denso ignition coil-on packs were installed, to give full spark dedicated for each cylinder and mutually partnered with RC Engineering 550cc injectors. The Stinger EMS makes all of these overzealous modifications possible, given that it is utterly capable of controlling advanced tuning mods. The end result is 301 hp at 6,000 rpm and 260 lb-ft of torque, with a power-to-weight ratio that will embarrass plenty of shiny exotics out there.

Supporting drivetrain and suspension upgrades were also called for but not taken too over the top since, after all, this was a street assassin and not a full-blown track terrorist. A fully rebuilt T50 transmission, consisting of brand-new silky smooth Toyota synchromesh gears, engage the ACT and TODA lightened chromoly flywheel, transitioning the power to the TRD rear limited-slip differential. Motul is the gear oil of choice, keeping temperatures and viscosity levels consistent to counter the increased heat applied. Who builds suspension coilovers for KP61 Starlets these days? Exactly. No one does. These older chassis receive little or no aftermarket support, thus custom fabrication is often required. A custom suspension coilover unit topped with Cusco upper camber plates were mounted to achieve a lower center of gravity and stiffer lateral roll. Camber settings were returned to zero for the front and rear, to give level traction.

The vehicle's interior is as clean as it could get. The reupholstered dashboard with red stitching, performed by S&L Top Shop, resembles an exotic Italian vehicle. A pair of red TRD reclining bucket seats was also planted to the frame with Wedgework brackets. The Autopower rollbar, used for chassis stiffening and safety factors just in case of a rollover, unfortunately limits rear passengers. Nevertheless, Eugene never intended to make this a normal passenger commuter car anyway. A flare for Italian design graces the steering wheel as well with a 330mm Nardi deep corn and matching red stitching mounted to a Bell hub. Considering the compact nature of the entire setup, everything from the door panels, carpet, and interior plastic was redone in immaculate excellence. The complete absence of a gaudy 10,000-watt stereo system or even GPS and iPod hookup is what makes this creation a true enthusiast car. The sound of the hissing BOV is enough for Eugene's ears.

The body was reworked by none other than P.J. Bonifacio in House of Kolors Beige. The Japanese refer to the non-widebody nature of the exterior as "narrow body", which exhibits a sleeper-like vibe. Those who choose to find out its identity will truly suffer a spanking. One must ask: Do I want to be embarrassed by a 1.6L street kart that carries the name Starlet today? Don't let the retro fender mirrors and JDM short fenders fool you, this is not a JDM fanboy-made car.

SSR MKII 13x7.5 front and 13x8 rear polished wheels strapped with Sumitomo tires hobble the body line of the Starlet. An 8-inch rear wheel provides plenty of traction, enough to snap the factory Toyota axleshaft if mistreated in any way. It takes a special type of driver to disengage and engage the clutch while babying the shifts at the higher rpm range for these classic cars.

Now that the sleeping Starlet is out of its hibernation and on the prowl, we can safely say that Eugene has fulfilled his calling. Classic Toyotas are increasingly becoming extinct in this world so when one builds one to this caliber, it must be highly praised and recognized. However, take extreme caution when you encounter this particular Starlet on the road, it is highly recommended to step aside to spot the intercooler and diagonal rollbar. It has so much pent-up fury from its hibernation that it will show no mercy regardless of freeways, straightways, or twisty mountain roads. You have been thoroughly warned.

Import Tuner
Weighing In on the Nissan 400Z Proto
Here's a rundown of what each of the Super Street Network staff think about Nissan's latest and greatest
Rodrez – Sep 16, 2020

Import Tuner
Hot Wheels Contest: Enter Your Project Car For A Chance To Be Made Into A 1:64 Die-Cast Toy
The 2020 Hot Wheels Legends Tour may have gone virtual due to the ongoing health concerns around COVID-19 but that doesn't mean the fun has to end!
Sam Du – Sep 16, 2020

Import Tuner
It's Official: The Volkswagen Golf MkVIII Wagon Looks Fantastic
With VW Golf Sportwagen and Alltrack models perishing in the US after the 2019 model year, we're left only to stare from afar at the recently revealed European-market Golf Variant (wagon) and Alltrack.
Alex Kierstein – Sep 16, 2020

Import Tuner
The First Modified Next Nissan Z
Nissan's next generation Z-car is officially out of the bag and no doubt triggering keyboard warriors en masse. We're taking things a step further with the new Z by imagining what it would look like modded
Bob Hernandez – Sep 16, 2020 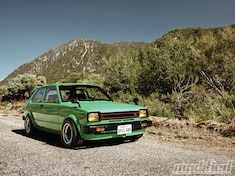 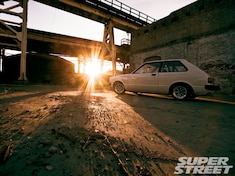 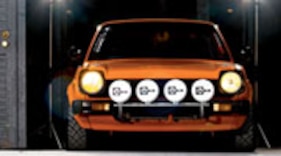