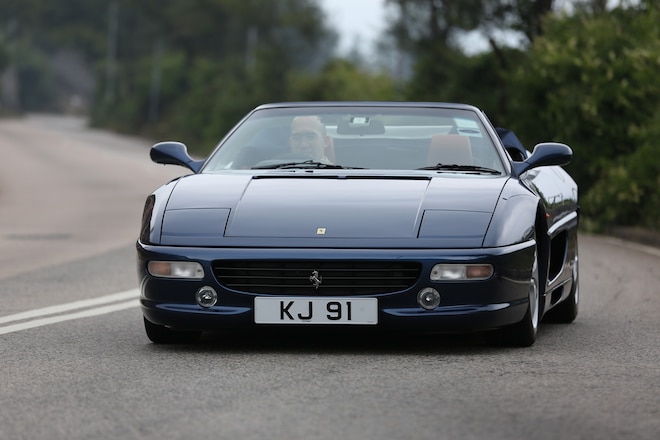 Since owning those cars, he wanted to share his experience with his Ferrari F355 Spider:

Luxury homes perch over stunning beaches on a gorgeous rock-lined ribbon of tarmac that connects the Southside of Hong Kong Island. Occupants include the world's most successful Ferrari dealership - more Prancing Horses are sold in this enclave than Canada and Australia combined! Blessed with endless corners, this stretch of road is the perfect place to drive my Ferrari F355 Spider. 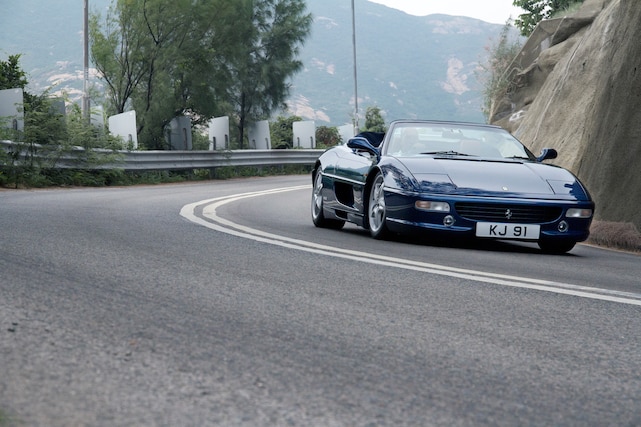 Captivating from every angle, the F355's taut athletic lines possess a timeless quality. Twenty years on, I consider it Pininfarina's most successful design since the Dino.

My long-standing love affair with the 355 stretches back 16 years to my first '97 Nart Blue Spider. Leading an unusually grueling life, it served as my daily driver, even navigating Hong Kong's infamous torrential rainstorms and typhoons. Admittedly, the roof leaked occasionally, but the Spider never left me stranded, ultimately proving that Italian sports cars can be reliable when used frequently and properly maintained. 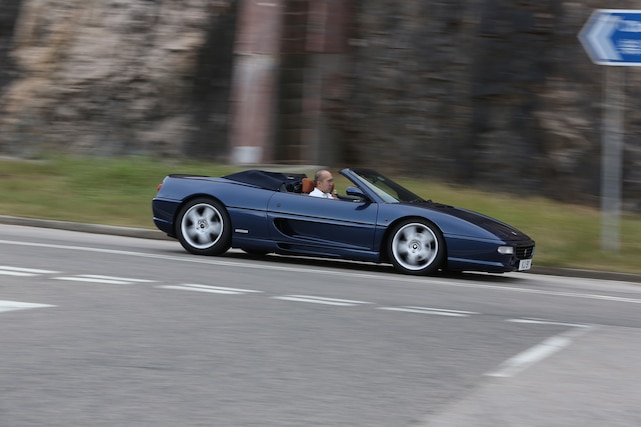 After four fantastic years, I foolishly traded it for a new car. Ultimately, I would shuffle through a series of vehicles before realizing how much I missed the 355.

When the opportunity arose to be reunited with my original Spider, I seized it without even taking a test drive. What a horrible mistake! Once I drove my old friend, I realized something was terribly wrong. 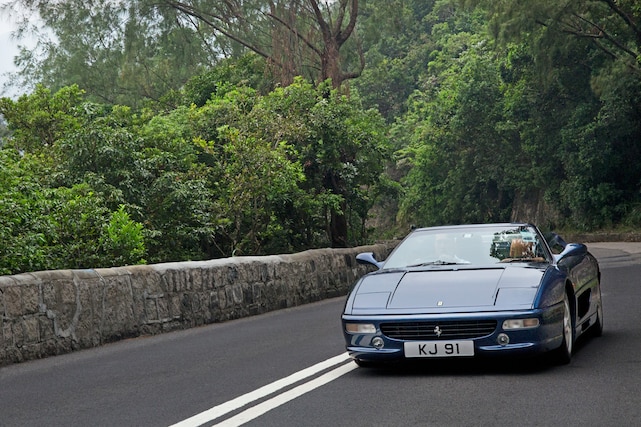 I'd later learn it had been crashed. Worse still, it was poorly repaired. The crash was severe enough to twist both the chassis and engine subframe, so I booked it into the Ferrari dealer for a proper repair. Despite their best efforts, the chassis never regained its rigidity. My Spider was ruined so I disappointedly sold it.

Thankfully, I received a second chance at love with my current '97 Swaters Blue F355 Spider. And yes, this time I test-drove the car and inspected it prior to its acquisition. 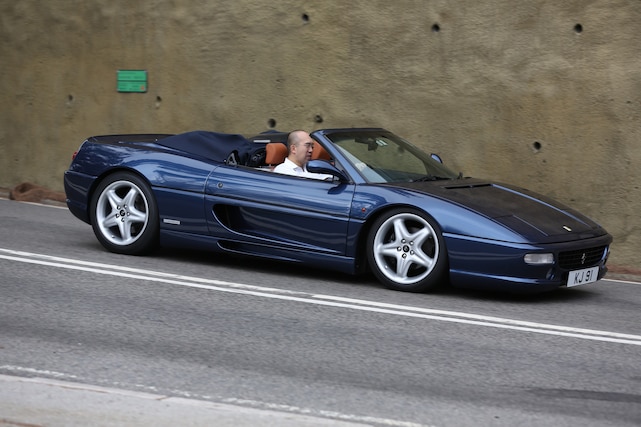 So what's the big deal about the F355? It was Luca di Montezemolo's attempt at redemption following the criticized 348. And for the 355, they revised and revitalized Maranello's mid-engined V8, starting with the chassis, which was 30% stiffer than its predecessor. It also received Paulo Martinelli's masterpiece: the 40 3.5L V8 40v with 90° flat crank. Directly benefiting from Ferrari's F1 experience, it featured individual throttle butterflies, five valves per cylinder and titanium connecting rods. The result was a record-breaking output of 108.7hp per liter (the mighty McLaren F1 could only manage 103hp/l), developing 380hp at 8250rpm, and 268 lb-ft at 6000rpm.

Pull the concealed door handle to enter the driver focused interior, punctuated by a classic (now extinct) gated shift lever. Sumptuous upholstery in Connolly hides felt special and inviting. Seated low in a relaxed position with the steering wheel near your chest, find neutral, twist the key and the V8 erupts into life without fuss. Depress the light clutch, clack the shift lever into first and you're off. 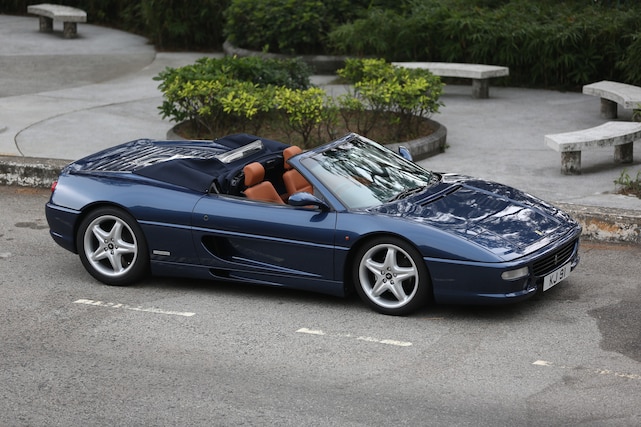 Smooth and docile around town, the F355 answered Montezemolo's mandate for the cars to be an everyday Ferrari. The power-assisted steering helped when maneuvering at low speeds, but was accurate and communicative on the move. However, I still find it a light and slow (3.2 turns lock-to-lock) and hanker after the non-power steering option.

The low-slung driving position in the forward cabin elevates a sense of occasion. Once traffic clears, you find a lower gear and bury the throttle to unleash the power. 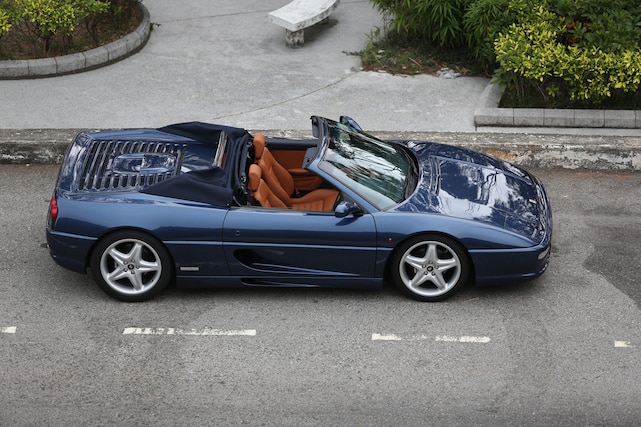 Rev it to the stratosphere and the 2970 lb sports car lunges forward with authority. You'll find yourself changing gears often, but thankfully the six-speed manual transmission is a delight to use. It's slick, precise and immensely rewarding. The F355's gear linkage uses a rod rather than the cables in the 348, making it more precise.

With max power and torque found near redline, the quintessential way to enjoy a F355 is to drive it with conviction. Do this and you'll be rewarded with a V8 roar that hardens to a frantic, spine-tingling F1 scream, finished with a generous dose of crackling and popping on the overrun. Its' fantastic to hear the "fireworks" whenever the revs drop on a trailing throttle... 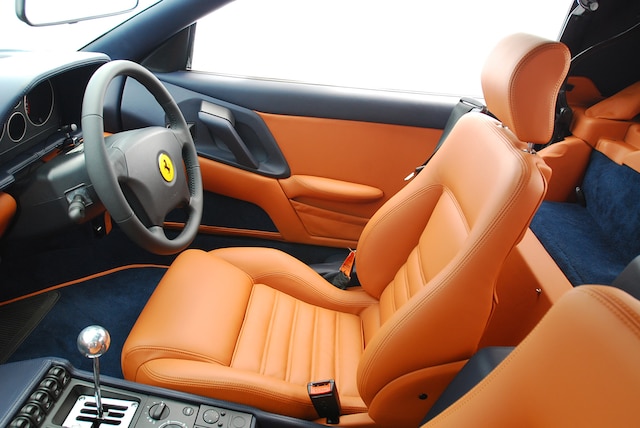 For me, the F355 experience is most enjoyable in a Spider. While they're not as rigid as the Berlinetta, driving al fresco within inches of the engine means you're treated to a amplified soundtrack and a more intense experience.

Free from the electronic wizardry found in modern cars, the F355's brilliance is attributed to its controllable and composed "mechanical" chassis. Featuring double wishbone suspension coupled with electronically controlled dampers, it was the first road car to introduce full underbody aerodynamics. 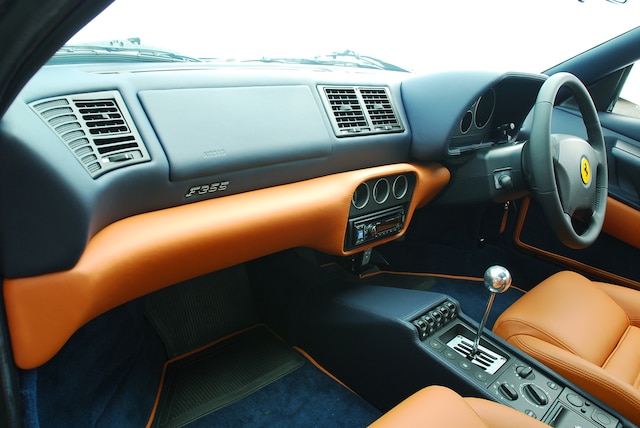 Trail brake and you'll realize the tiny ventilated brakes are consistent and easy to modulate, but not powerful by today's standards.

I used to love to power oversteer my first Spider but with the significant advancements in tire technology (over the 19 years since the car was launched) means it's become increasingly difficult to push out the tail at lower speeds. The fat 225 and 275-section tires mounted on 18in magnesium wheels provide immense grip with modern tires. But once a slide is induced, it can be caught easily and with confidence. 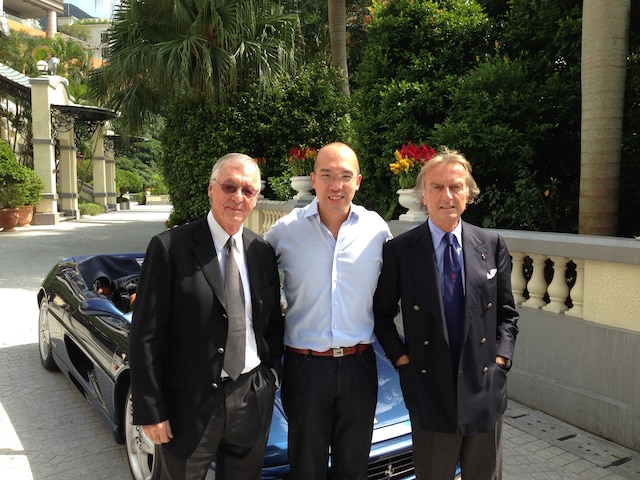 So its a great car, but what are the running cost? During the past 16 years, the pervious owners and myself have maintained it at the Hong Kong Ferrari dealer, requiring four cam belts, two clutches, 15 annual services, three sets of tires and five sets of brake pads. And as it's now 16 years old, it will inevitably attract higher servicing costs in the future. Fortunately, the F355 is more durable and easy to service than previous Ferraris, but with 11273 units produced, I doubt they will be appreciating in value anytime soon. However, they should also suffer negligible depreciation as good examples become increasingly difficult to find.

The F355 is destined to become one of Ferrari's all-time greats. Montezemolo himself summed it up: "The F355 was a big step forward. It became a brand in itself." In fact, I was honored to present my car to Montezemolo during his visit to Hong Kong not long ago. 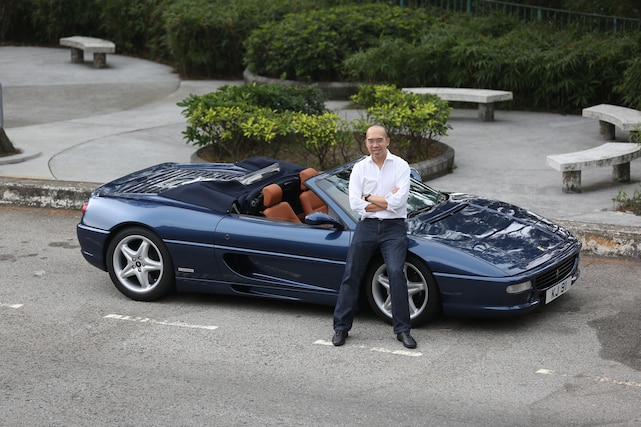 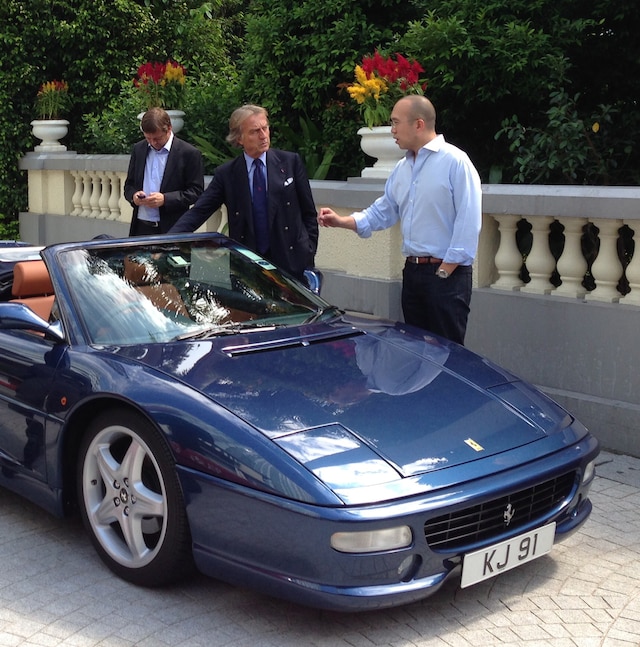