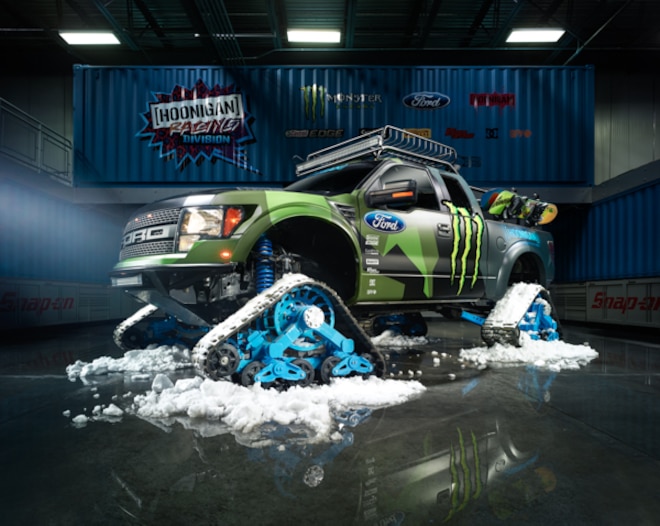 Gymkhana legend Ken Block and Hoonigan Racing are working on a new high-speed project. A backroad crusher Ford F-150 RaptorTRAX that also happens to be the world's fastest snowcat for backcountry snowboarding as claimed by builder.

"This project is something I've had in my head for a while now," said Block. "I absolutely love my daily driver Ford Raptor, especially since I live out here in the mountains of Park City, so to build out this mountain assault vehicle with a Raptor as the base platform made total sense to me. It's an absolute beast of a machine and I'm stoked with how it's turned out. Next up is for me to take it deep into the backcountry ASAP to help me and some friends slay some powder on our snowboards for a video project due out later this year."

While the RaptorTRAX will appear in a full video later this year (winter 2014-2015), you can see it on display at the Winter X Games is Aspen, Colorado later this week with Monster Energy.