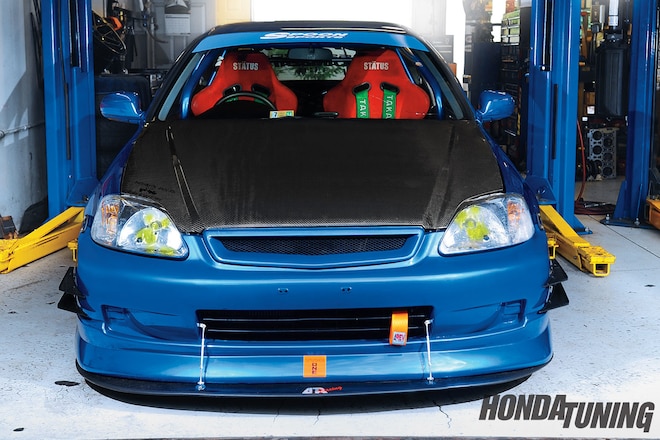 Inspirational builds are the best part about this community. They tickle our fancies down to the core of our dark little tuner hearts and the internal dialogue says, "Oh yeah, I'm doing that!" Sometime in 2006, Jesus Luna was inspired by a hot little hatch in Carlisle, PA—a car that ignited his obsession with all things VTEC-related. Little did he know that hatch would one day be his.

Jesus had a few builds under his belt and was piloting his mildly built E46 BMW on a trip near his hometown of New Market, VA, when he saw the exact same car cruising down the road. The random encounter led to an epiphany, and turning to his wife, he stated, "I know that car!" That minor run-in was all it took to get Jesus started on the hunt for the owner of the hatch he'd seen half a decade prior. Jesus eventually tracked the driver down online and offered him a trade. He states, "It was the hatch I saw in PA and I had to have it. I followed the build online and I lost track of the car. I knew it when I saw it." Purchased, then towed three hours home, Jesus finally had his prize, albeit a little rougher than he remembered. "The pictures made it look great and it wasn't. The body was beat, the suspension was garbage, and it smoked like hell." Jesus had dug himself a deep hole with the car of his dreams, and instead of cutting his ties, he got to work to return the car to its former glory.

The suspension and rolling stock were first on their way to the dumpster. The "hella-dumped" blown-out coils were swapped for Tein coilovers, and the equally haggard OEM bushings were all replaced with Energy Suspension quality bits. Jesus remembered his dream hatch rocking the classic SW388's which had long since been sold; luckily he had a set of 15-inch versions in his garage and after wrapping them in Bridgestone Potenza rubber, he tossed them on his new car.

The Civic could roll, but the body was far worse for the wear. He adds, "It had messed up bumpers and non-OEM fenders. They all were painted at a different time, so nothing matched." Jesus ripped the engine out and started with a mild shave and tuck, then swapped out all of the aftermarket bits for fresh pieces straight from Honda before a fresh coat of Long Beach Blue Pearl was laid down, essentially recreating the car he remembered from 2006.

Jesus had a hunch that the GS-R swap was on its last legs after starting it up for the first time. "I fired it up and it smoked ... and the smoking didn't stop, so I ripped the engine apart." Jesus was right, as the bottom end was completely shot. He decided to ditch it for a built B18C1 that had been pushed to 2.2L thanks to Darton sleeves, Eagle rods, and Wiseco slugs. On the flip side, the top end remained in good shape, so Jesus opted for a 5-angle valve job and a Skunk2 valve train upgrade. A Bisimoto header and Buddy Club exhaust were bolted on for exhaust duties, while TWM individual throttle bodies inhale deeply on the intake side.

The interior was still stripped after the car's respray, so Jesus installed red carpet and a set of matching red Status Racing seats with Takata harnesses to keep his butt well-planted. Spoon Sports extras, like the steering wheel, rearview mirror, and Duracon shift knob, were added to the mix, and the vision Jesus had from '06 was almost complete; but where to go from there? The track, of course. "I took it to a local course, and I was hooked." After being bitten by the track bug, Jesus started paying attention to his lap times and researched ways to improve his runs. Up front, a Chargespeed lip is fitted with APR carbon-fiber canards and a custom splitter, while the flanks received custom carbon splitters of their own. Out back, a Spoon Sports rear diffuser was installed down low, and a Seeker rear wing up high.

Spoon Sports' rigid collar system was installed prior to a comprehensive corner balancing session and Jesus dragged his hatch to every HPD event in the area. He adds, "I went everywhere [including] Summit Point and VIR, and with the car dialed in, I did really well."

Jesus rebuilt his dream, and now his dream has grown into a full-fledged race toy. When asked what could possibly be next, Jesus stated, "The car's going back under the knife so I can do time attack. It'll be a K-series with boost."

Props
All my friends and Family.
Everyone at Mid-Atlantic Motor Works.
Carlos at Momentum Auto Works.

Inspiration For This Build
Spoon Sports race cars and building something different around my hometown.

For those not in the know, the house of Spoon is a Honda specific tuner with a quarter century worth of trial-and-error under their belts, and Jesus Luna happens to have a habit of collecting any and everything they have to offer. His obsession started with his first build, a '99 Si. He'd swapped a B16B, an engine that had come straight from Japan, and sported a Spoon Sports valve cover. Jesus said, "I live in a small town and not a lot of people have more rare stuff. Having it was cool." Jesus appreciates all the other JDM tuners, but likes Spoon most of all. "Spoon Sports is the closest you can get to a Honda factory race team, without being one." His current collection entails many of the parts currently available for his chassis, a set of the classic SW388's, and a super rare Spoon Sports carbon-fiber hood. He's always on the lookout for more, so if you run across any extra Spoon pieces, he'll surely take them off your hands! 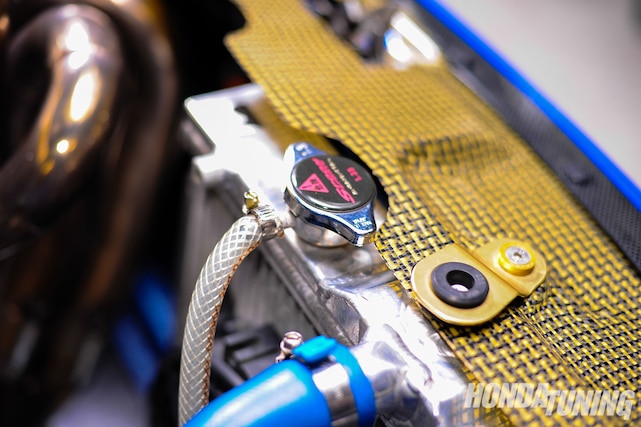 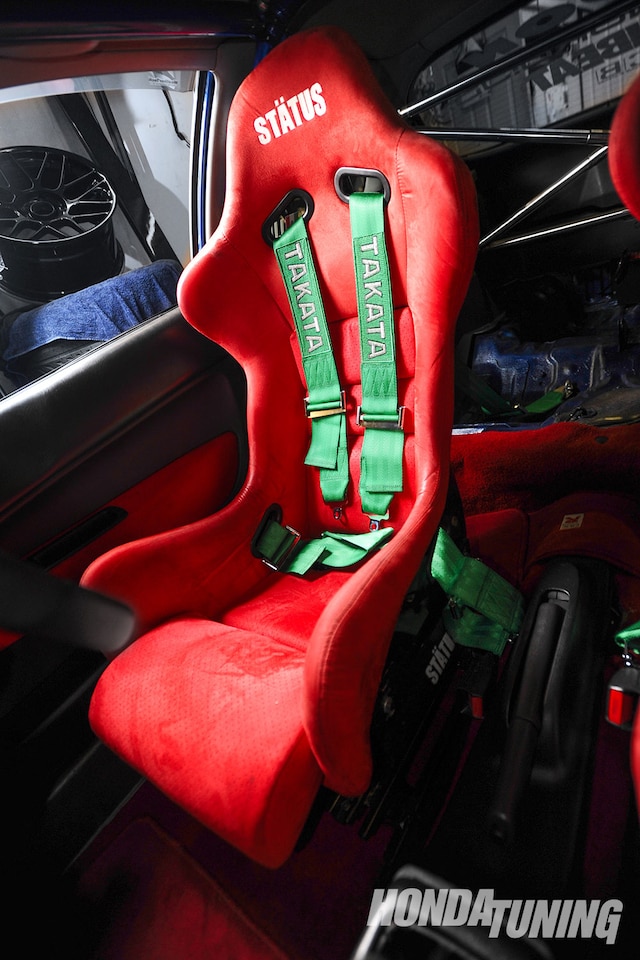 Honda Tuning
Top 5 Nissan / Datsun Z-Cars
From a highly refined S30 resotmod to a purpose-built, V-8-swapped Z33 pro drift machine, and everything in between here are our 5 most popular Z-car features
Bob Hernandez – Jan 22, 2020

Honda Tuning
2000 Honda S2000 - New Recipe Cooks Up This Track-Themed AP1
Dan Medrano had a vision to create an AP1 that's fresh to the community without painting it some eye-searing color. The result is an S2000 that's tasteful, purposeful, and super clean
Sam Du – Jan 22, 2020