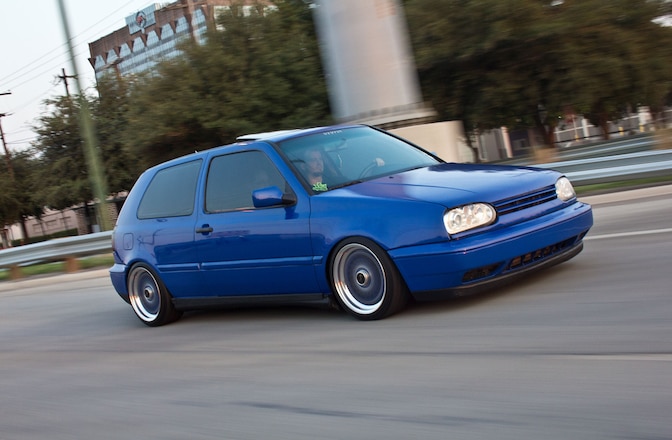 Friends and family are always at the heart of the VW community, and they often feature prominently in the vehicle builds that we cover here. This was certainly the case for Jason Fuller from Fort Worth, TX whose story began when fell in love with the Mk3 Volkswagen GTI VR6. In fact, he ended up buying a new one back in 1997.

Despite it being leased and under warranty, Jason didn't waste any time slapping on the upgrades, personalizing the Mk3 GTI in his own unique way. 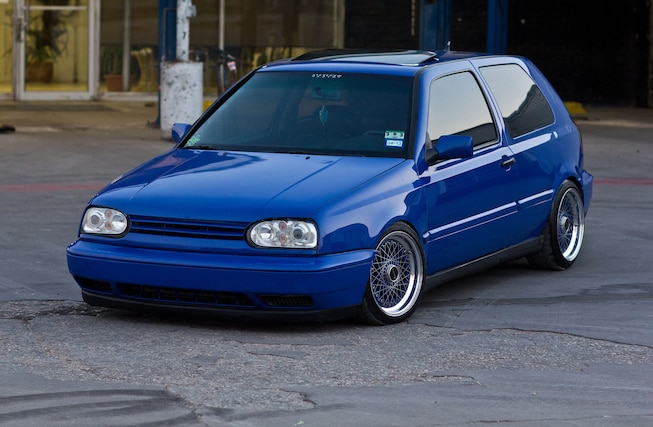 He obviously did a great job because close friend Carlos Rodriguez, who served with him in the Air Force, was so impressed that he decided to buy a Volkswagen GTI of his own. However, he sought out a rare Driver's Edition finished in the distinctive Jazz Blue paint - one of only 200 cars finished in this color.

Carlos found his GTI on eBay, snatched it up and had it shipped to him. As soon as it arrived, the pair started bolting on parts. Making full use of the modified GTI, Carlos was unfortunate enough to spin a bearing on the VR6 while having some fun. Always prepared to help out, Jason stepped in to find another VR6 engine and they did the swap together. 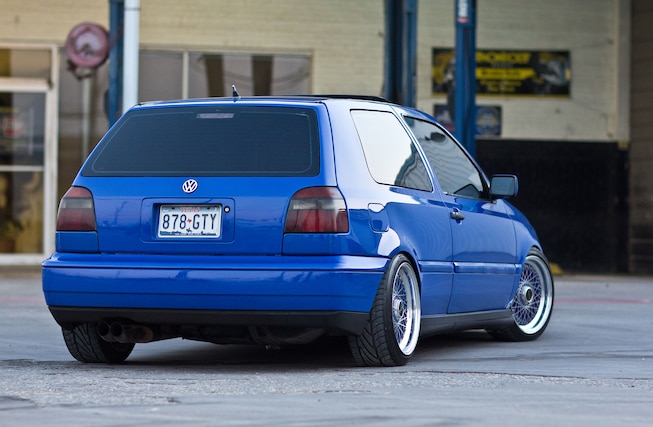 As luck would have it, Jason's lease ended around the same time as Carlos listed the Driver's Edition for sale. Liking the GTI and seeing it as a great investment, Jason decided to buy Carlos' Mk3. "I knew I'd be keeping it until the wheels fell off... and then get new wheels for it!" he laughed. So after getting a buddy discount, Jason immediately started working on his new car.

Deciding to go with a minimalist approach, Jason removed the A/C, heater, ABS, power steering and all reservoirs. He then relocated the battery to the trunk and used hockey pucks on the stock motor mounts to raise the engine. He had to remove the motor to achieve this and so, while it was out, he took the opportunity to smooth and paint the engine bay, removing even more ancillary items. 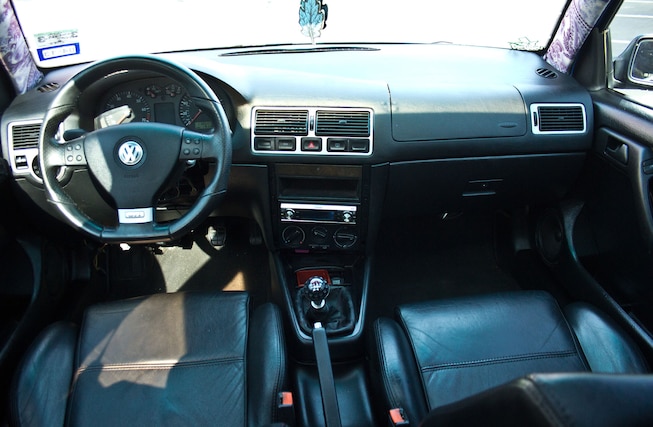 If you think removing the VR6 was a lot of work, try doing it seven times! "The engine we installed had a bent rod and burned a lot of oil, so once I owned the car, I rebuilt the VR6 with another set of rods. However, that motor broke a rod bolt and destroyed the block six months later," he told us.

A Mk4 VR6 engine was sourced to replace it, and Jason was happy to report it ran perfectly for a few years until it became hydro-locked during a bad storm.

Currently, the Mk3 is on block number six, using the same Mk4 cylinder head, and this motor has survived for the last five years, although it was in the process of being torn down again for SoWo 2013. 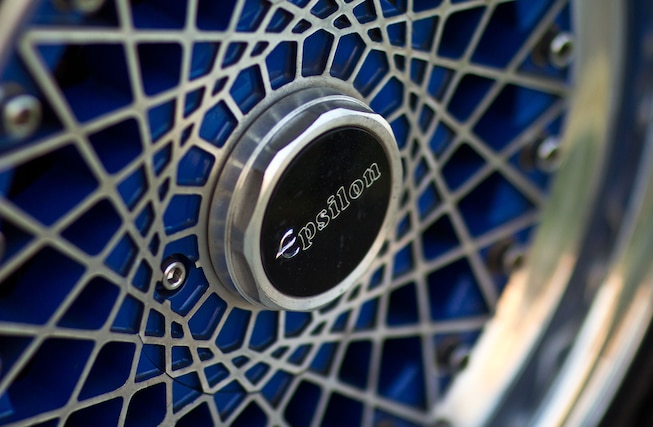 During its many engine swaps, a number of upgraded parts were installed, including an autotech chip, full exhaust plus custom intake and exhaust manifolds. To contrast the Jazz Blue exterior, the intake manifold, block and head were painted gold, along with several other pieces in the bay. The intake was also polished to enhance the smoothed bay.

The smoothing process extended to the shaved front bumper and badgeless two- bar grille. It's framed by European-spec Mk4 R32 headlights that received an HID conversion. At the rear, he removed the wiper and badges before installing a stubby antenna.

To update the interior, Jason went the extra mile and fitted a Mk4 dash as well as a Mk5 GTI steering wheel - no easy task. The retrofitted R32 headlights also got a European Mk4 headlight switch. And while that might be more than sufficient for most people, Jason decided he didn't want to stick with the same old headliner, so found some paisley material and wrapped headliner and pillars in it. 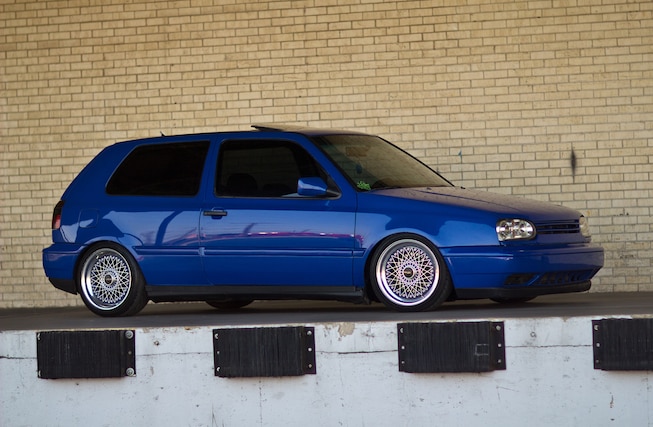 Not everything about this Volkswagen GTI is smooth, however. We all like our VWs to be lowered and a set of Rokkor coilovers did exactly that.

Despite the extensive modifications, Jason did all the work himself with help from his friends. In fact, it's never been to a workshop for anything, which has allowed the Mk3 GTI to be Jason's daily driver for more than nine of its ten years and ensured it can be used as was always intended. 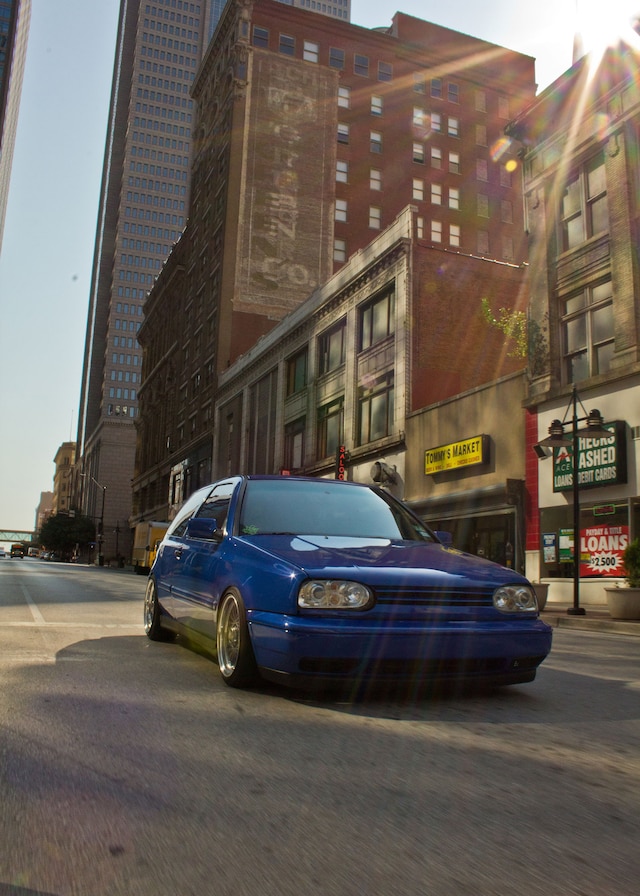 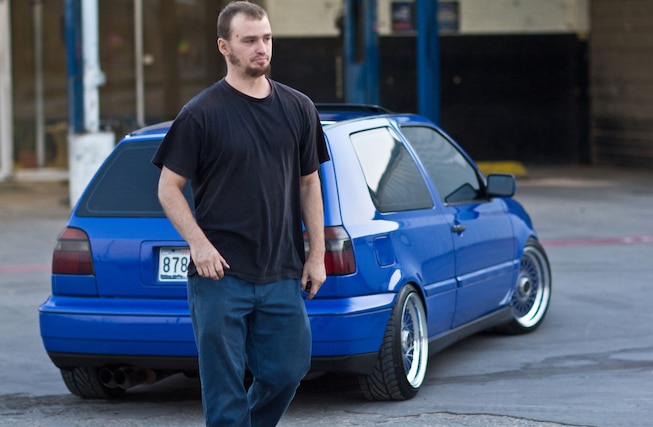 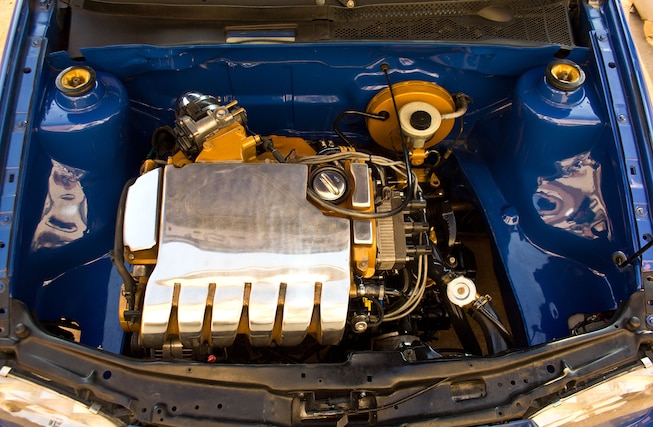 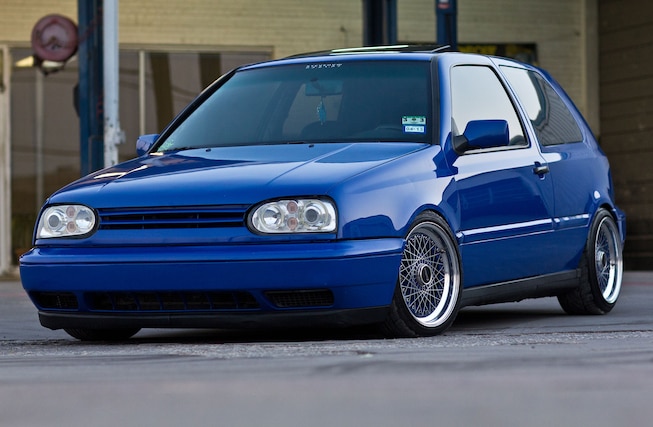 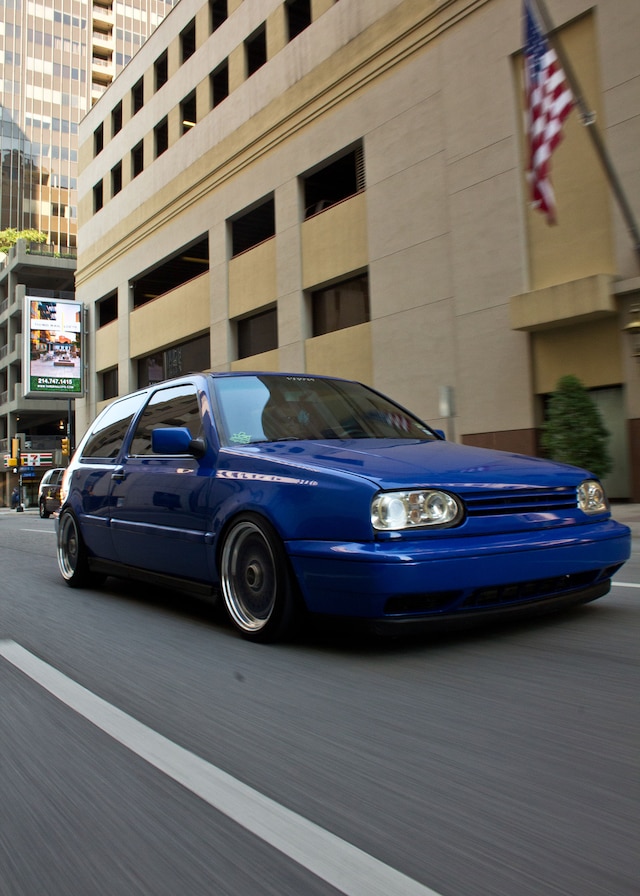