We uncover this 600+hp Supra-powered Nissan Skyline from Scandinavia

This Nissan Skyline might be the most un-JDM R34 we've ever seen - it rocks a 2JZ-GTE engine. But does that have to be a bad thing? Depends who you are. If you're a purist, you can turn the page. But if you have an open mind and dig high horsepower and being different, this R34 feature will give you a hard-on.

Introducing Niclas Frohlund. By his name alone, you can tell he's not our typical feature car owner. It took us several months to track him and a photographer down to get these photos. But with enough patience, we were able to bring you this sensational Skyline from Sweden.

We're not going to lie... it was a bit difficult to communicate halfway around the world with Niclas but we did uncover some interesting facts about him through e-mail. By trade, he's a welder and engineer. He also does all the wrenching and fab work himself with his close friend Pierre Karlsson—quite impressive considering the amount of custom fabrication required of a build like this is a tad bit more than what an average mechanic is comfortable doing. While he's a master in the garage, his passion is both speed and drifting. Before this R34 project, he ran an S14 200SX for three years but got bored and wanted to push his driving skills further while also having a car that you wouldn't normally see at an open track or drift day in Sweden.

Once Niclas parted ways with his S14, he used the money to buy a twin-turbo 2JZ-GTE out of a Toyota Supra. Unfortunately, he didn't have any money left for a car, but step one was complete. After months of searching, he came across this R34 shell that was missing an engine. The R34 '99 Skyline GT-T was picked up at a steal and Niclas had the major components to build his next drift machine.

The project started by shoehorning the 2JZ-GTE into the bay of the R34. Before Niclas built custom mounts for the chassis, he upgraded everything he could to produce a reliable and usable 600+hp platform. This included the single turbo conversion, custom manifold, upgrated fueling system and exhaust.

The drivetrain is a bit of a tricky one. Since Niclas would be using the car strictly for drifting, he figured he'd a get gearbox that was strong and would work with the 2JZ, but also easily affordable to replace if anything happened. So he utilized a BMW gearbox that's originally intended for a diesel, matched with a Tilton clutch to handle the torque.

Next on Niclas' hit list was preparing the chassis for abuse. He pieced together a coilover setup using a mix of Aragosta and D2 parts, and then retrofitted Brembo brakes out of an Evo X. A hydraulic e-brake was added to aid the car's drift duties.

The interior is a bit of an odd ball, too. Originally, the GT-T shell came right-hand drive but like the 2JZ engine swap, Niclas had it converted to the other side to be legit with the roads in his hometown. A full-on rollcage was welded together by Niclas, but funnily enough his favorite part of the car is the dash. It's not your typical gauge cluster. He's using a tablet PC to monitor the entire car making it easier to log and this allows him to focus more on the driving than worrying about looking at all the gauges.

Niclas tells us that '13 was all about shaking down the car, but this year will be perfecting his Skyline for drifting. Whether you hate it or love it, we can agree that he's made the best use out of some interesting parts, whether it's the Toyota 2JZ engine, BMW tranny, Mitsubishi brakes or tablet dashlogger—he's created one of the most unique R34 Skylines in the world that's a perfect fit for this special issue. 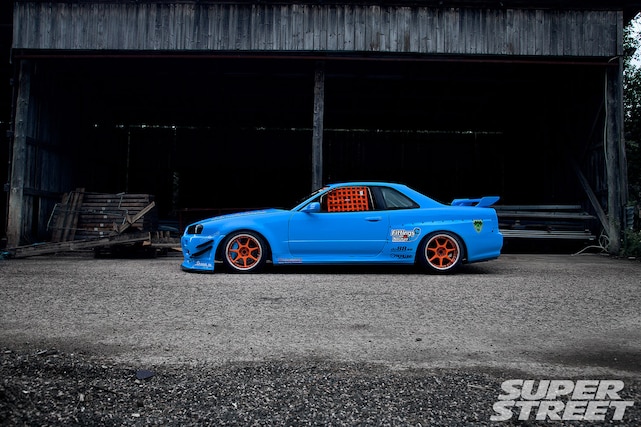 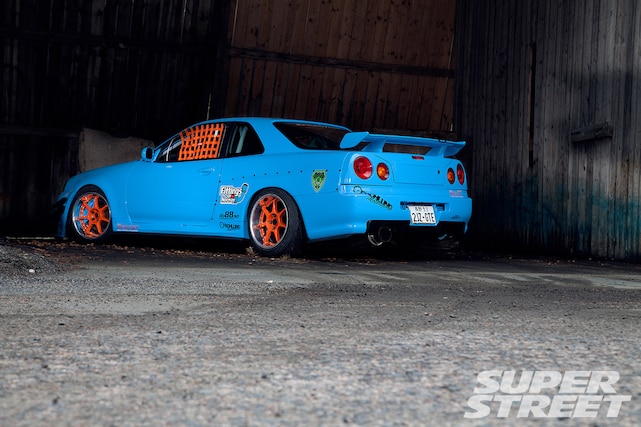 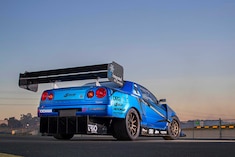 Winning at WTAC is all about finding balance and it looks like Matt Longhurst found the perfect formula for it with his V-Spec 1999 Nissan GTR. 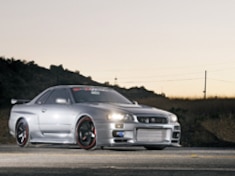 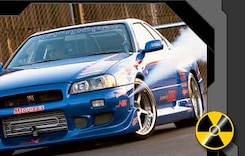 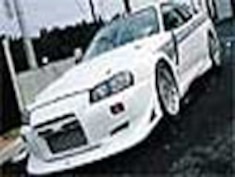 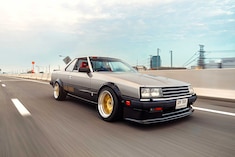