GReddy Checks Another Box Off the Dream Builds Bucket List

GReddy has a long-standing history of turning out some of the most well-known cars, both here and in Japan, but their latest 2013 Scion FR-S is more a labor of love than it is just another work project. What started simply as an opportunity to showcase at Scion's SEMA booth last fall turned into something far more exciting: it was their chance to build a dream FR-S for Formula Drift pro Ken Gushi. GReddy put this car together in a matter of weeks and entirely on the DL. We didn't even know it existed until the Scion SEMA preview party when it took us completely by surprise, and then just about the entire world the days following on social media. "Between our R&D staff and Ken Gushi, we jotted down notes on what we all wanted in a racecar," explains Mike Chung, Planning Manager for GReddy. "To set it apart from [Ken's] current drift FR-S, we all decided it would be best to go with the most iconic Toyota engine we could think of: the 2JZ-GTE." The 2JZ powerplant laid the foundation for what could ultimately become one of the most iconic Scions ever built...

GReddy has plenty of experience tuning the infamous 2JZ-GTE Supra engine platform; enthusiasts know that just about anything you pull from their extensive catalog is sure to deliver solid power gains. Back in the late '90s, they were even set to race a Supra at LeMans but an accident during testing before the race killed that plan quickly; Ken Gushi also has plenty of experience piloting 2J-powered cars—his FD Asia competition car is a Toyota Chaser. What people know and love about the 2JZ is that it's the kind of engine that can make tons of reliable power without having to worry about stressing it very much. Since the release of the FR-S, there's been much debate tossed around as to whether or not the FA20 is indeed the ideal engine for the car—and largely, it is—but we've seen successful swaps such as the EJ-powered GReddy drift car or domestic LS-swapped. But since the 2JZ is one of those infamous engines, it makes perfect sense to want to test it out in one of Toyota's most popular vehicle platforms in recent times.

Photo 3/35   |
GReddy chose its large-frame T88H-38GK for the job. It’s simply the best turbo for a high horsepower 2JZ setup like this car.

Fitting the 2JZ into an FR-S isn't a drop-in affair but it's not terribly difficult according to how GReddy describes the process: "The FR-S engine bay is actually pretty big," says Mike. "Besides clearing more room for the transmission bell housing and around the ends of the valve cover, it's a good fit. There's really only one position you can place the front-sump 2JZ-GTE in the car without having to make extensive modifications to the firewall." Custom engine mounts are a given, and with so much room in the engine bay, the option to use a larger turbo and intake manifold is a choice GReddy would gladly take up. "That's why we opted for a bottom-mounted turbo, so we could make a simple, large downpipe," he adds. The base engine itself has been built and stroked to 3.4-liters total, and links up to a four-speed G-Force GSR transmission that has been upgraded with an OS Giken RC3 triple-plate clutch and Super Lock limited-slip differential. As of press time, the only thing keeping this car from firing up is the lack of an engine harness, which, by the time you do read this, will finally fire up thanks to a MoTeC M600 engine management system.

The GReddy team is plenty confident that this particular setup is good for roughly 700 horsepower, a number that isn't too hard for a 2JZ-GTE to reach and is quite mellow compared to the multitude of 1000+ builds already completed. The main goal is so much more than to provide a high powered competition car; this is Ken Gushi's dream build and as such will be able to stand up to any racing challenge he chooses to compete in, be it drift, road racing, tarmac racing or possibly quarter-mile action.

Photo 8/35   |
Making dreams become reality. With the collaboration of Scion Racing, GReddy and Ken Gushi, we have here the ultimate FR-S that can not only drift, but also attack the road course, hill climb races and drag strip with some simple tweaks.

Born in Japan, Ken Gushi is one of today's top competitors in drifting. He started driving as a teenager and joined the Formula Drift series as a baby at the age of 15. 2012 is when he debuted his EJ-powered FR-S we're all familiar with. The year ended with an 8th overall finish. Last year he hoped for a better result but due to unlucky mechanical issues, his performance didn't improve. With nothing but winning on his mind, he became one of the frontrunners in designing this new project that will become his 2014 Formula D car, as well as have the ability to race other platforms such as time attack and the Pikes Peak hill climb. "I've been pushing for a 2JZ-GTE for the longest time," he told us. "Another option was developing a whole new V6 but we decided to go with the 2JZ in the end. After last year, we came to the point where we wanted to see better results. The car needed to be more reliable yet still flashy." With a 700hp 2J setup, Rocket Bunny Version 2 kit, matte grey wrap and RAYS wheels, the team has successfully built what many of us today consider to be a dream car, technically and visually. 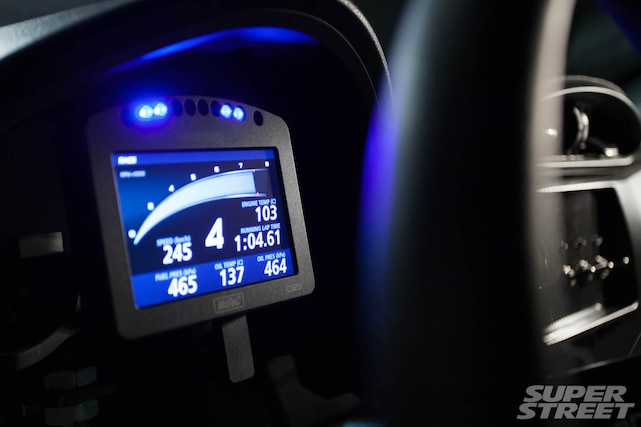 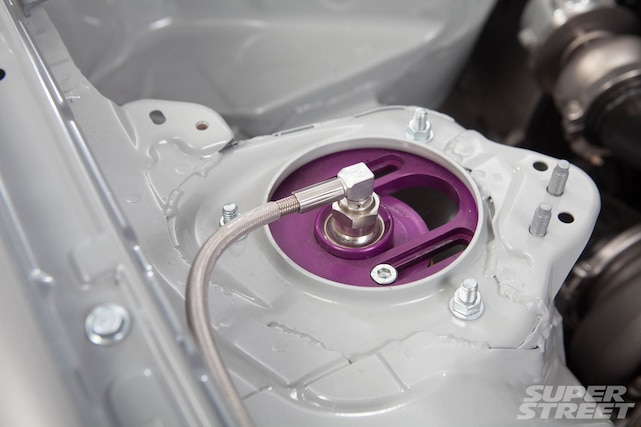 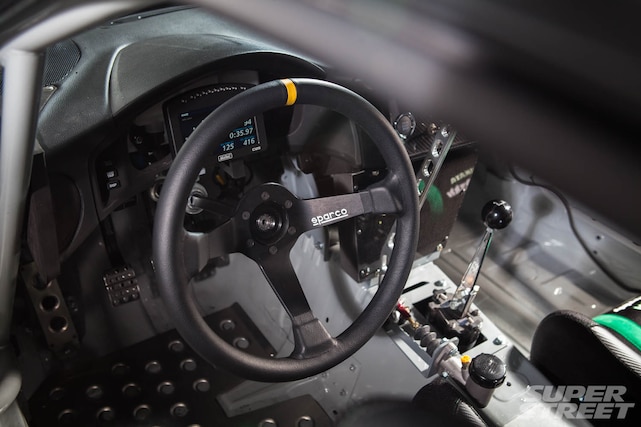 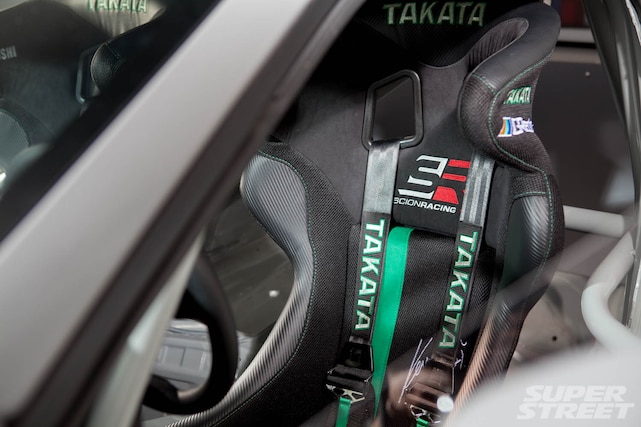 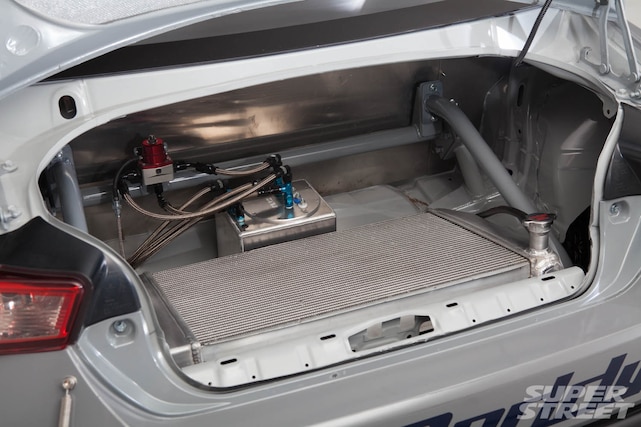 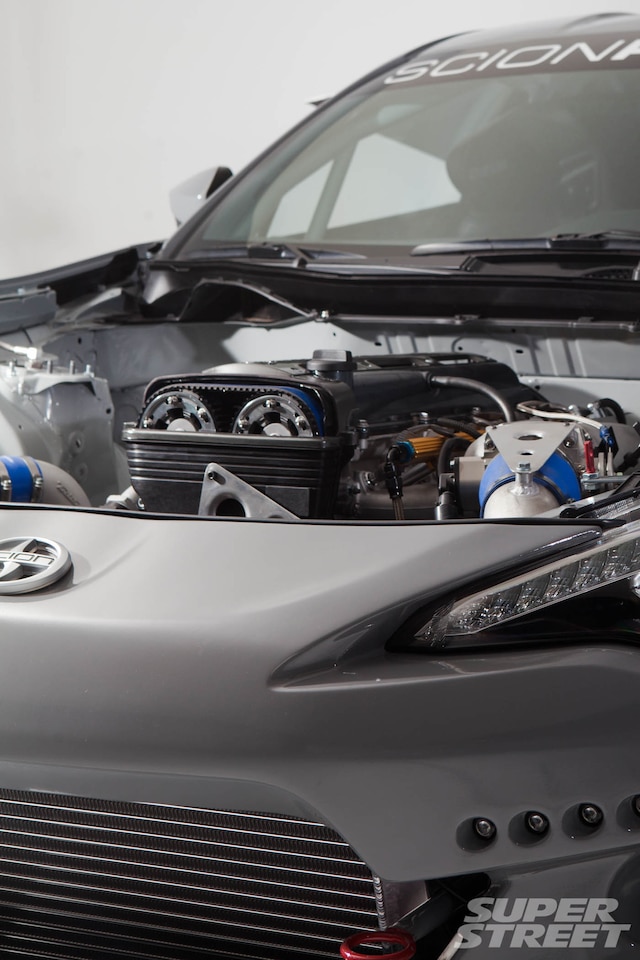 Check out the Bulletproof Automotive's Concept One, a supercar based on the 2013 Scion FR-S platform.