American Muscle, smog legal—sounds like the perfect recipe to cause trouble

Most Nissan 240SX enthusiasts who wind up swapping engines in an S-chassis almost always go SR20DET. Sure, in recent years we've seen the popularity of RBs rise, or had others stick with the original KA gun. But there are those who dare to cross the line, going for good ol' American firepower in the form of a V8 LS-conversion. The one true benefit? Smog legality. Now, you would think that for us working 'round these parts as magazine editors, we'd say "F the police!" and go with some monster engine setup, but don't forget where we live: California. Here, it's a risky proposition wanting to willingly drive around with a major smog violation, and since our state is hurting for revenue (in addition to strict emissions laws), it's common to hear stories of people getting busted on the regular for something as small as an aftermarket exhaust. So imagine not having an engine that complies...

For my good friend, Peter Tarach, HNIC over at Modified (RIP), he'd normally opt for the Japanese swaps but since originally purchasing and driving the S13 in SoCal (notorious for fix-it tickets), he switched the plan for a GM LS3 swap. "There's so much confusion with the California engine swap law that I still don't fully understand it," he says. "I can swap a KA24DE from a newer Nissan 240SX but can't drop a SR20DET in because it was never offered stateside. While [the LS swap] can be done, you'd better do your homework and ensure you use all the right parts because it takes just one part to fail the entire process." Peter tells us further that one of the biggest advantages to having the LS3 is the 420hp and 424lb-ft that it makes anywhere in the RPM range. "You can just mash the pedal and there's gobs of power always on tap without lag; the car just boogies," he explains. But there is a downside: it requires the use of a Tremec T56 transmission (from a '93-04 Camaro) with a short shifter (necessary to center the shifter in the tunnel hole), which, when compared with Japanese gearboxes, "shift gears like an Abrams Tank," taking away from some of the enjoyment of being able to row through a gearbox quickly and precisely. We're still amazed that Pete's had seat time in an Abrams Tank...

In comparison to the beloved SR20DET, Peter does admit he likes that engine setup a bit more: "I also own an SR20-powered S14; there's lag and less power on tap but I've grown up with engines that produce peak power in the upper RPM range and love to be revved out. That's what makes the SR more enjoyable than the V8; it wants to be near redline whereas the V8 is pretty much the opposite." But, since he's already gone through the trouble of legalizing the Nissan 240SX, he figures he may as well have some fun with it. For a small bump in horsepower, he custom fabricated his own 2.5" exhaust piping that exits to a 3" rear muffler. He dropped the S13 slightly with KW coilovers so that they'd clear his 18" Enkei NT03Ms with a more conventional tire setup of 235/R40R18 Potenzas. And what better way to jazz up a fading exterior than with a fresh coat of paint and a complete Type X aero package (including taillights) from the JDM 180SX?

The LS3 S13 has since been sold as of press time but I can remember that this was one of the cooler project cars to have come out of our editorial group, seeing as how it combined cool JDM styling with brute American strength. And we feel Peter's pain for wanting to keep it as legit as possible. There's no point in building the damn thing if you've gotta sweat it while driving around. 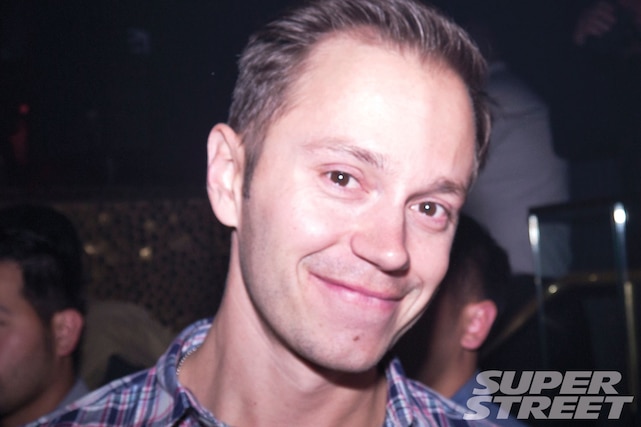 Photo 15/18   |
To read more about the process behind smogging the car, visit: modified.com
SHARE ARTICLE
SuperStreetOnline