A legendary 2004 S2K that captured a track record, was sold, missed, and rebuilt as a faster version.

Twelve years ago, the name Evasive Motorsports didn't command the type of respect that it does now. Over a decade of race development based on countless track hours, a business that continues to progress incredibly quickly, and a loyal customer base that's grown exponentially year after year has undoubtedly helped to foster their current status that goes well beyond the Honda aftermarket. In fact, some might argue that their successful campaign of a highly developed and competitive Scion FR-S that Evasive Motorsports built in-house was their breakthrough build. For the Honda community, however, the Evasive name was elevated to a household level long before the Scion project with this 2004 Honda S2000.

In August of 2012, Ken Chitwood's aggressive Voltex-equipped Honda S2000 appeared on the cover of Honda Tuning. Working with Evasive Motorsports from the very beginning, the team had set the Street FR class record of 1:56.7 after besting the former champ, a Supra that had produced a 1:57.711. The achievement was remarkable, especially when it was revealed that the car's powerplant had never been opened and sported mere bolt-on upgrades along with a healthy mix of aero and suspension tuning—both areas that the shop excels in.

The secret to Evasive Motorsports' success with the first S2000 really wasn't much of a secret at all. Theory, research, development, and testing had culminated in a potent performer that, other than a few custom touches, was comprised almost entirely of parts you'd find on the inventory shelves of their Santa Fe Springs, California, storefront. Having reached their initial goal of earning the record, the next step was, of course, to progress and go even faster. Working in conjunction with HKS to help develop their supercharger system for the U.S. market, the team jumped into the forced-induction realm and when all was said and done, they topped their own record with a 1:53.9. The icing on the cake was an announcement that Hot Wheels was to immortalize the car in die-cast form, and they even designed an additional red version of the Honda S2000 to accompany the original on toy aisles everywhere.

But what comes next, after finding so much success with a build? Mike Chang of Evasive Motorsports says, "We felt we had accomplished all of our goals with the car, so it was put up for sale and we moved on to the next project." It sounds simple enough, but, not surprising, the Evasive Motorsports crew felt like something was missing not long after the blue car had been shipped to its new owner overseas. "We just started to miss having a fast Honda S2000 around the shop, so we figured why not build another one? The color this time around is to mimic the red version that Hot Wheels put out. We thought it would be cool to have two cars that looked exactly like the toy versions."

When the idea of the V.2 build came about, Evasive relied on the very attributes that had brought them this far, never veering away from the group's theory of obtaining a proper balance. Mike says, "We're always about building cars that represent an entire package. Our focus has always been on aero, suspension, and chassis setup above all else." Not unlike the original build, V.2 starts with an AP2 chassis and internally stock F22C heart. The same HKS supercharger kit that Evasive helped develop is bolted on, as is an HKS header, and EVS Tuning 70-SSP exhaust system. Power output comes in at under 350 whp, which, in today's "peak number drunk" import community, doesn't sound like much, but it's more than enough to push the roadster around the track at breakneck speeds.

Always a major player in the Evasive Motorsports formula, aero was addressed much like that of the first car, albeit a bit more on the mild side. Mike adds, "The setup and philosophy behind the aero is the same, but this car might be even more 'street' than Ken's blue Honda S2000 as that one had a custom, chassis-mounted rear wing, and a flat belly tray. This version will be strictly street style as far as aero goes. We wanted to prove that you can build a very fast car by utilizing nothing but off-the-shelf parts." Once again, Voltex aero was utilized and consists of a Suzuka front bumper, Version 1 side steps, flares at all four corners, and a rear diffuser. Mounted to the carbon-fiber trunk is a Voltex Type 2 GT wing and K1 Laboratory duckbill. The entire car was then vinyl wrapped in red by Aerowerks in order to match the Hot Wheels variant.

As good as the car looks, it's the performance on track that has people shaking their heads in disbelief. Having already topped their old Street FR Class record with a 1:53.6, Evasive has their sights set on a new record, this time in the Overall Street class that's currently ruled by an Evo. Mike adds, "We're hoping the car will go even faster for Super Lap Battle 2014. The current Street Overall record is a 1:53.068 and we're gunning for that this year..."

Inspiration For This Build
Create the fastest track/street driven car-period. 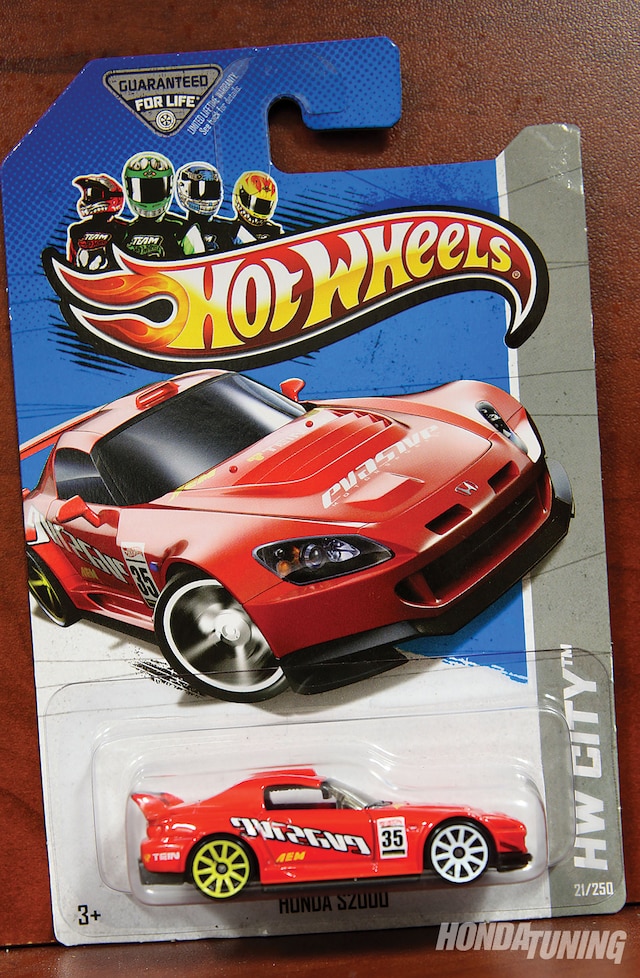 The Evasive story started like so many others, with a couple of enthusiasts working out of their garage and eventually ending up in a 1,000-square-foot facility. That was in 2002 and what makes their journey different, is the significant amount of growth that's come ever since that first location. Having moved on four different occasions, their current facility is over 12,000 square feet, features multiple lifts, a dyno, and, of course, an alignment machine that's been key to developing Evasive's signature, race-proven alignment settings for all types of vehicles.
SHARE ARTICLE 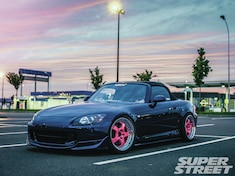 France is definitely not the first place that comes to mind when you think of modified imports. All the way on the other side of the world from a town known as Villemoisson Sur Orge comes Nicolas Rouillon’s ‘04 Honda S2000. Click to read all about this modified 2004 Honda S2000. - Super Street Magazine 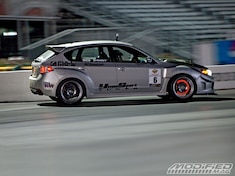 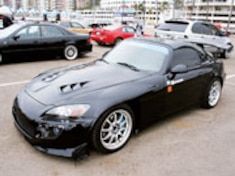 Honda Drifting - And Then There Was One

Check out the revisions from Honda on the new 2004 Honda S2000 in Sport Compact Car Magazine.