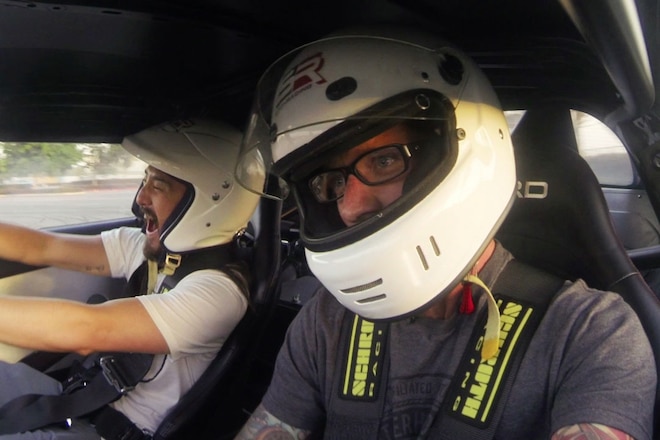 Popular EDM DJ and producer, Steve Aoki, leads a busy life traveling the world and partying. But on his off time, he likes to jump into his favorite Scions in his hometown of Los Angeles. In this new video series (launching today) — Scion x Aoki Driven — you literally play puppet master to see what he'll do next, whether it's getting in the studio, hitting the skate park with Riley Hawk or going drifting with pro drifter, Ryan Tuerck. But you can't do a thing until you pick a Scion FR-S to start your adventure off with. 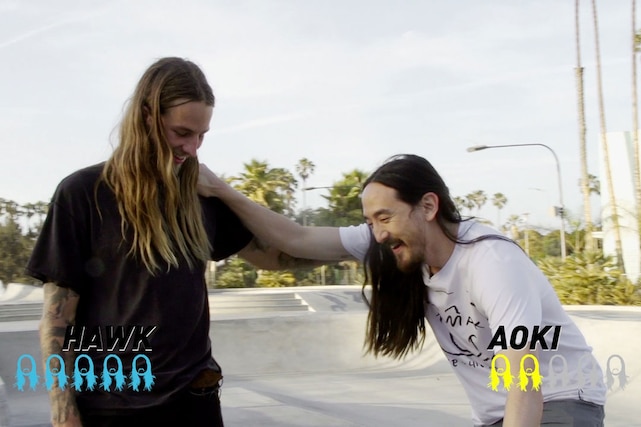 So what's your poison: business or pleasure? Steve has two options — either the Scion FR-S Release Series 1.0 (this one's fun by the way) or the custom Aoki FR-S (business with the custom DJ setup). In the Release Series 1.0 version, you're actually getting one of the first glimpses of this special edition FR-S since its debut at the New York International Auto show earlier this year. It sports a bright Yuzu Yellow paint scheme, LED/HID headlamps and plenty of TRD goods, like the aero kit, 3-piece rear spoiler, side fender garnishes, quad-tip exhaust, lowering springs and steering wheel, just to name a few. The custom Aoki FR-S 'Art Car' debuted last year after being built by Mike Vu at MV Designz, and features a full Pioneer sound system that allows Steve to plug in and mix anywhere he wants to. Also fitted onto the car are 5-Axis' body kit and 19" wheels, lowering springs, Nitto tires and a GReddy exhaust.

If you stick with the fun theme, you'll either join Aoki for a trampoline session (how else do you think he perfects those jumps?) or meet up with pro skater, Riley Hawk to see who can outdo the other. Something tells us he'll be sticking with his day job. But the party doesn't stop there: to show what a TRD concept FR-S is capable of (and it looks strikingly similar to the Release Series 1.0 because that's exactly where the inspiration came from), Ryan Tuerck will strap Steve in for a heated drift session. Life isn't all play and no work, though; in the Aoki FR-S, you'll either stop by his latest video shoot production or go for a sneak peek into his home studio where he spends most of his time crafting the beats that throw his fans into a frenzy. You get to see an example of that also when he drops in to the Scratch DJ Academy for an impromptu live DJ set for the students. 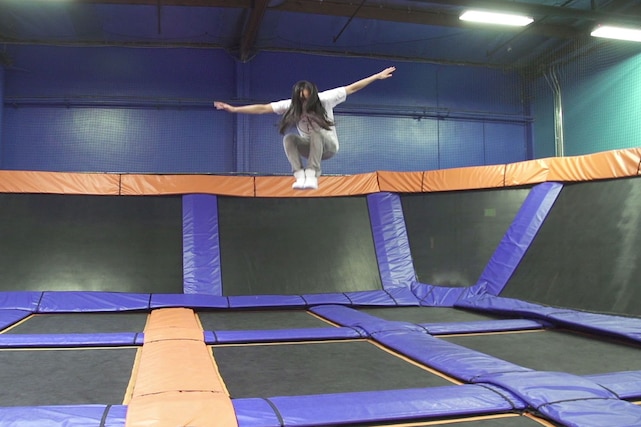 If you're a fan of the FR-S you'll definitely want to tune into the episode where Ryan Tuerck takes Steve to the Toyota Automobile Museum (after his drift jam sesh) to see all the influences that helped shape the FR-S into the car that it is today. From the original concept car designed by 5-Axis to the infamous predecessor AE86 Corolla, all the way back to the OG 2000GT, this is one history lesson not to be missed.

Of course, once it's all said and done, you'll need a quick disco/power nap — well, Steve will, so even you get to pick that for him as well.

Additionally, there are several other behind-the-scenes and informational videos relating to the FR-S that you can also click to watch and are great if you just can't get enough of this awesome rear-wheel-drive car.

And also check out Steve Aoki at the Scion AV Installation gallery where he hosted "Mementos," a collection of fan-submitted artwork.