Bagged in the Bay

It was a glorious day when Subaru introduced the WRX to the U.S. market. The imaginations of enthusiasts went wild as they fancied a date with the mud, ice and the Subaru WRX. After all, it had the template to be a rally car: all wheel drive and a flat-four turbocharged motor. But for some people, they don't see a gutted-out off-roader. Some see a car destined to roll hard down the streets. Enter Brendan Bannister's bagged WRX.

To this day, there's an army of people with pitchforks and torches ready to tear down anything with air. They will swear on their mother's grave that static is the one and only way to build a proper car. But if you've been keeping up with us, we've presented countless cars on air that aren't just parked pretty, but are swift and nimble—such as Ian King's RWB Porsche and Bernardo Pena's Liberty Walk GT-R.

Brendan's WRX has been on our radar for quite some time now. He's been killin' the Subie game at Wekfest and other popular car shows while still daily driving the car when he's not away at school. You have to give props to a guy who does a lot of DIY work in the garage. Brendan admits that the bags were the most difficult part of his build, but together with his homie, he was able to install the AccuAir e-Level management system to give his car adjustability and that perfect stance.

With the suspension on point, Brendan wanted to make sure his exterior was just as unique. The BT Aero carbon-fiber front lip leads the eyes to the bold Chargespeed-style carbon side skirts. Then when you get to the rear, you'll see a Voltex Type 1 wing and a custom race-inspired diffuser.

Photo 5/8   |   Checkin’ all the right boxes with Bride seats, Takata belts and a Cusco rollcage.

They say you can judge a person by his or her shoes; that's true about wheels as well. You won't find any replicas here, but wheels equivalent to a pair of Jordans. Brendan rocks polished 18x10.5" Work Meister S1Rs with a 4.3" lip in the front and a 4.7" at the rear.

Photo 6/8   |   Hate it or love it, this Subie sits perfect thanks to Air Lift struts and AccuAir management.

In the cabin you'll find the top-shelf usual suspects such as a Bride buckets, Takata harnesses, a Cusco rollcage and an array of Defi gauges.

Out of the showroom floor, the WRX already has impressive performance, so Brendan decided to keep the mods under the hood to a minimum with a Tomei exhaust, Invidia downpipe and Cobb intake.

It's true the WRX is rally inspired, but a wise man once said, "Variety in taste is a good thing for the world." This couldn't be any truer for Mr. Bannister and his bagged WRX. 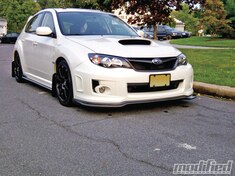 From beaters to show-winners to drag cars, we don’t discriminate. You could win a Mothers Car Care package by submitting your car. In this edition of Readers' Rides we take a look at David Zelesnick’s 2011 Subaru WRX and Shawn Huolihan’s 2008 Hyundai Tiburon GT. - Modified Magazine 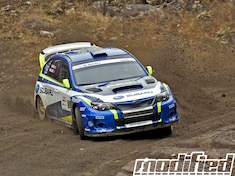 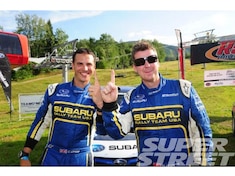 Read more as Subaru Driver David Higgins Wins 2011 Rally America National Championship the 2011 driver’s title is the third for Higgins in the USA having won the SCCA ProRally Championship in 2002 and 2003. - Modified Magazine 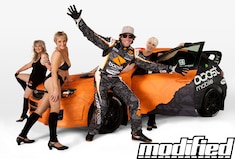 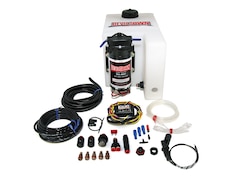 We take a closer look at a water / methanol injection kit and the benefits it provides. - Import Tuner Magazine 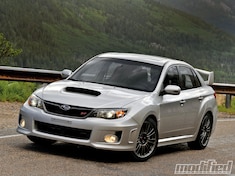 Subaru enthusiasts and pruists should rejoice with the return of the STI with the 2011 Subaru Impreza WRX STI. The new STI will be lower, wider, and meaner-looking than its predecessors, and will have better handling thanks to stiffer springs and new bushings on the front control arm. - Modified Magazine 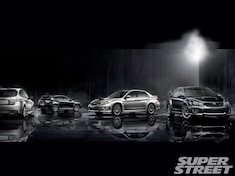 Feel the full rally fury at the controls of the all-new 2011 Subaru WRX and WRX STI. Designers have returned these tasty Impreza models back to their gravel gobbling glory with a wide body design. - Super Street Magazine