It's impossible to ignore the presence of Liberty Walk and Rocket Bunny. With their uncanny rebel spirit, Wataru Kato and Kei Miura effortlessly catapulted themselves as the hottest trendsetters all over the world. Becoming Internet sensations is one thing, but continually claiming magazine features is another. The formula may seem as simple as slapping on fender flares, but it takes a great amount of passion, creativity, and perfectionism you'll only find in Japan. While you might think these two would primarily design body kits for the cars from their respected country, their inspiration extends into the Euro community, where we found Justin Gomba's knockout duo of supercharged LTMW BMW M3 E36 and E92 builds.

Justin is quite the character—a friendly, humble, and at times very amusing Filipino. The only time you'll ever find him silent is when there are copious amounts of pork sisig stuffed in his mouth. A man with great taste to say the least, he chose a pair of project cars that are regarded as the ultimate driving machines.

He started with the E36, which is also the first M3 that rocked an inline-six motor. In the pursuit of more power, Justin jumped into the force induction realm with a stage one Active Autowerke supercharger. Keeping things tidy, the bay received a complete wire tuck courtesy of Gearheinz. The exterior was given the Kei Miura treatment with the widebody kit he designed for Sarto Racing. Justin told us, "The over fender game is being done by everyone, but I knew I could put my own little twist to it." So to make it more unique, Justin had Aeroflow Dynamics design a custom front lip and splitter combo. The perfect stance is achieved with an AirREX suspension kit that's complemented with a set of staggered BBS RS wheels polished by Floss Design. Justin added, "My favorite part is the wheels. I have always been a sucker for the BBS RS, especially on this car. It gives it a very classic look, despite all the heavy modifications." With the exterior on point, Justin turned to the cockpit of the car. The OEM seats and headliner were reupholstered while a yellow-stitched Personal steering wheel added a nice subtle touch. 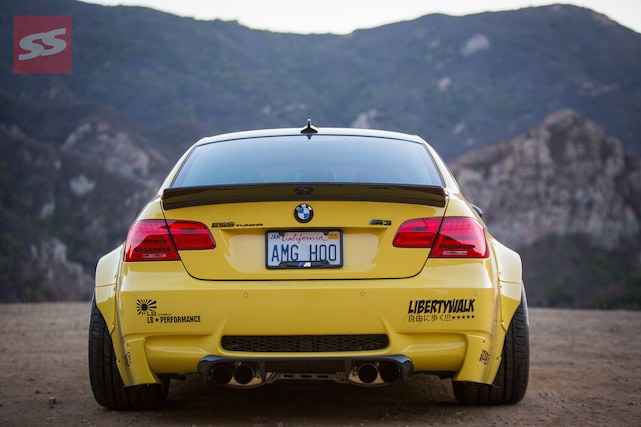 Sitting next to Justin's E36 is the E92, a car with a price tag Sam Du and I can't afford with our meager salaries combined. To top it all off, it's rockin' an exquisite Liberty Walk widebody kit that is on another level from your Duraflex Spyder kit, if those still exist. Justin uses similar blueprints for the younger E92, painting the exterior the same Dakar yellow color. Instead of going air, he's fully static on KW Clubsport coilovers. Like father like son, the E92 is rolling on BBS as well, but instead of the classic RS design, Justin opted for LM-Rs. The interior gets a touch of elegance and class with diamond-stitched Recaro Sportsters while everything else was wrapped in matching alcantara suede. Under the hood is where things get a bit interesting as the S65 V-8 is blown via an ESS Tuning supercharger to produce a healthy 625 hp. An iPE exhaust gives Justin the ability to make his E92 purr. Of course, with any sort of power upgrades, it's imperative to address stopping capabilities. Justin favored StopTech's Trophy big brake kit. He concluded, "I have always loved Euro cars. Don't get me wrong—I'm always amazed and respect JDM builds. I just never really had the guts to build a JDM car because the standards are so high when building these cars. So I did the best thing anybody could do. Build a Euro car with some JDM flavor in it!"

One can easily make an argument that all Rocket Bunny and Liberty Walk cars look the same. But quite frankly, people like Kei Miura and Wataru Kato are two people who've brought innovation to the scene in the last decade and helped bridge the gap between Japanese and European car enthusiasts. 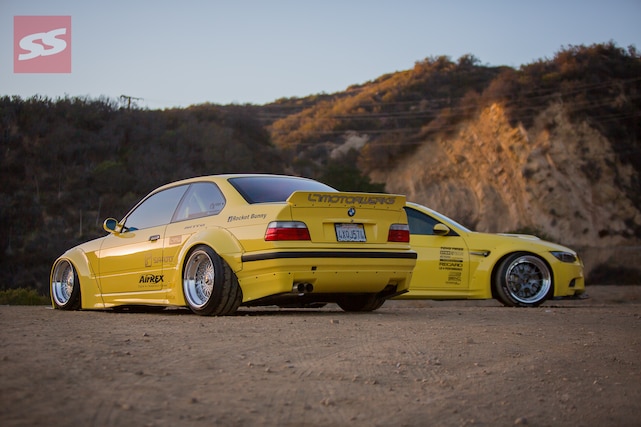 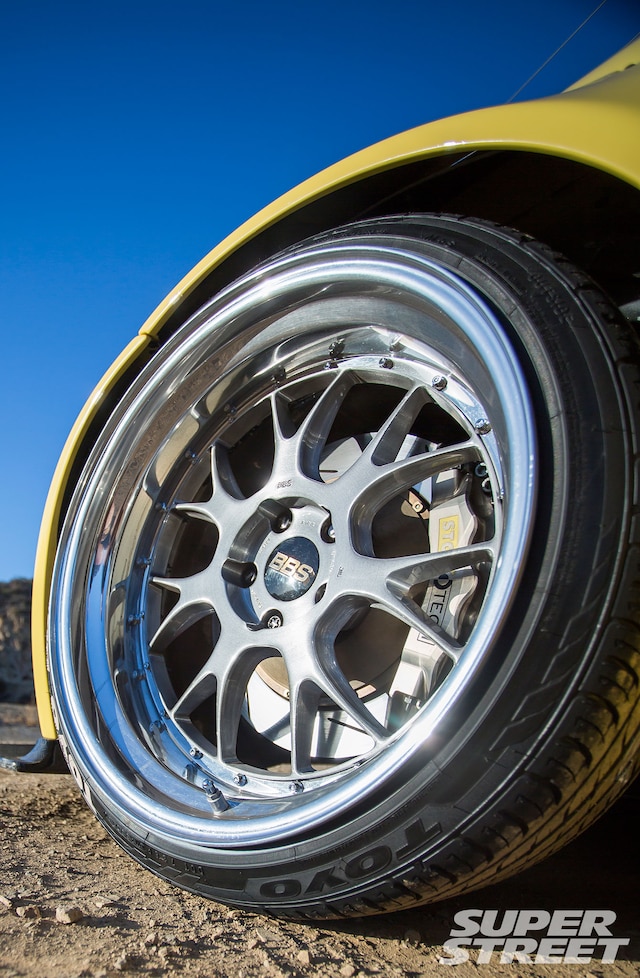 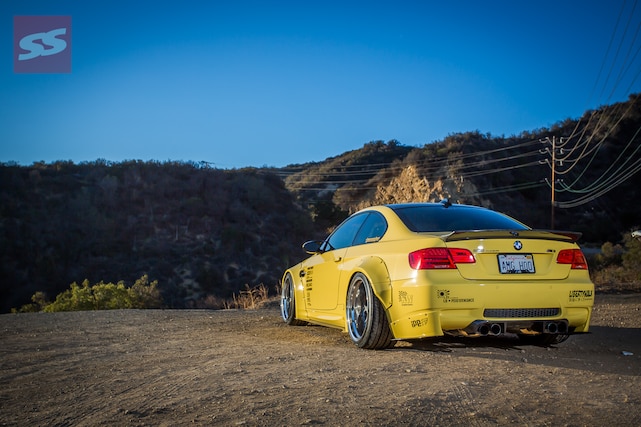 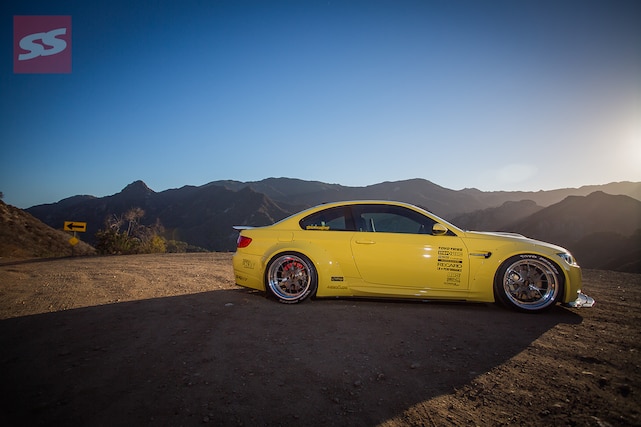 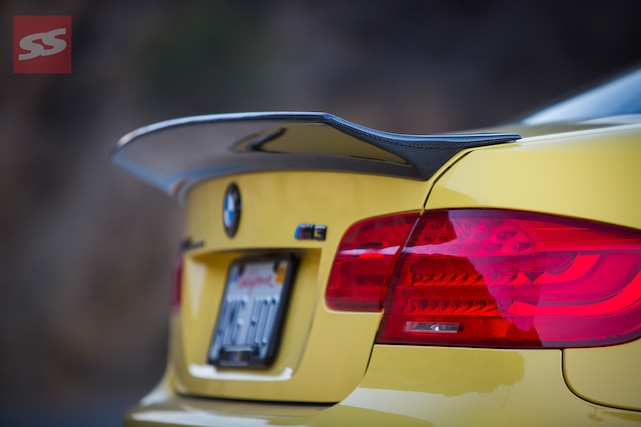 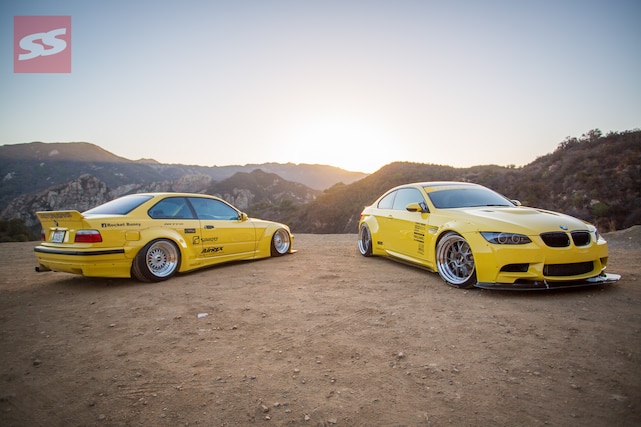 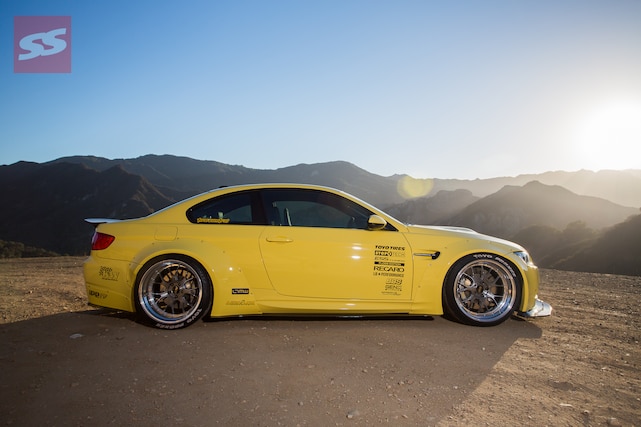