The final chapter on air 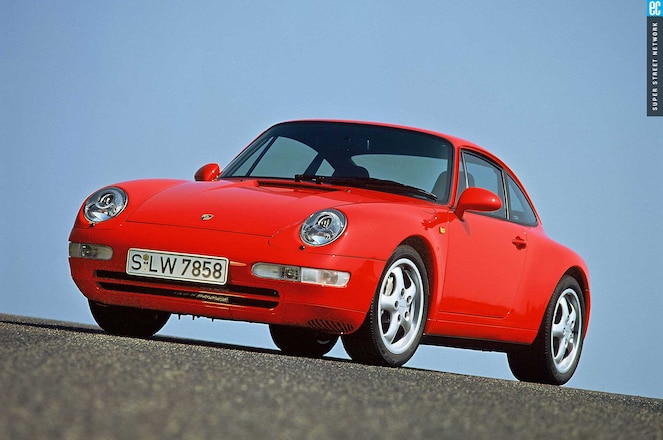 The last of the air-cooled 911s. The purists' Holy Grail. So good that the following generation felt like a disappointment. So yes, they're expensive, but more on that later. There are many variants—rear-drive or all-wheel drive, wide-bodied or narrow, Carrera or Carrera S, turbo or naturally aspirated, Tiptronic or manual—and chances are they've been driven hard over their 20-odd years of existence. We could write a whole book about them (some people have), but we'll stick to the main points here, and if you have the time, money, and inclination, you can delve further into what is a fascinating world revolving around a fascinating car.

This was when the notorious pendulum effect, an inherent trait of powerful rear-engined cars, finally swung in favor of the driver. Porsche's engineers managed to refine the 911's peculiar chassis in such a way that it wouldn't throw an unsuspecting driver off the road mid-corner. They did it with a multi-link rear suspension (which necessitated those cool rear fender flares) and an alloy subframe. This setup also made the car quieter and generally more refined than previous generations. However, slow in/fast out is still the best way to drive it. 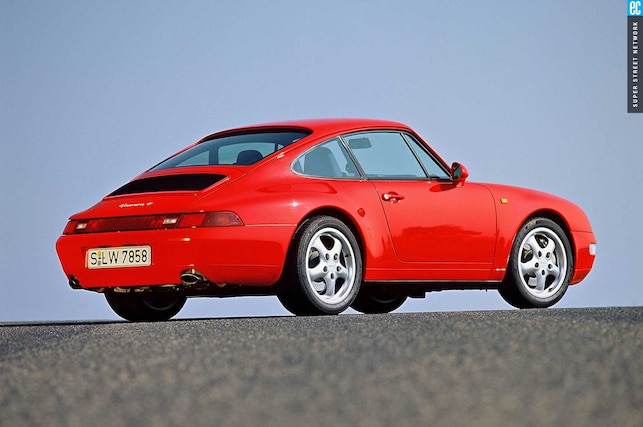 It even looks like the perfect Porsche, as if the seven older generations were leading up to this point and newer models are just playing around with the ingredients—attempting to be different, yet still trying to retain an essential 911-ness. The 993 had a short life, but it was only meant to address the shortcomings of the previous 964 generation and buy time for Porsche to develop its water-cooled engines. It was the company's typically brilliant engineering and an excellent design that made the 993 a high point in the 911's evolution.

The initial model was the rear-drive Carrera coupe. It was the first 911 to come with six cogs in its manual transmission. The automatic Tiptronic version is a four-speed unit with shift buttons on the steering wheel. The Cabriolet came in '94 as a '95 model year with a powered hood. Both models offered the option of all-wheel drive (which tends to favor the rears most of the time).

The Turbo arrived in '95, sporting 402 hp, twin blowers, tweaked engine, and intercoolers in the fixed rear wing. This was the first generation of Turbo to have all-wheel drive as standard. Stronger transmission input shafts were fitted to '97 and '98 models to cope with the forces involved.

The Carrera 4S came in 1996, Carrera S in '97. These have the same wide body as the Turbo but with a naturally aspirated engine and no rear wing. The 4S has all-wheel drive, while both have the Turbo's red brake calipers. 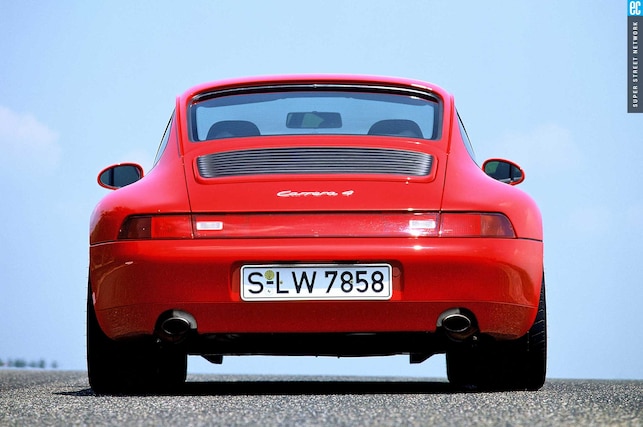 The Targa also arrived in '96 and is unlike any previous Targa. It's based on the reinforced Cabriolet body, but with a large glass retractable roof. It retains the standard 911 coupe silhouette and there's no detachable section to store away. Despite a correspondingly large sunshade, the cabin still gets hot. The mechanism is also complex and therefore vulnerable to gremlins.

The 3.6L flat-six engine is codenamed M64 and makes 272 hp in its first 993 application. The VarioRam system was introduced in 1996. It varies the length of the air intakes according to engine speed and increases power to 282 hp while also beefing up midrange torque. But don't get fixated on buying a VarioRam version. Even the non-VR cars can still offer a full and satisfying 993 experience.

Which model to buy will most probably boil down to a confluence of personal taste, size of budget, and what's available at the time. Some may prefer the wide-bodied models. Some may like the all-wheel-drive system making the front end feel a tad more stable. Others will insist that a skittish nose and lively, ultra-informative steering are absolute necessities for proper Porsche driving. On a dry track and everything else being equal, the rear-drive car is probably the faster of the two. 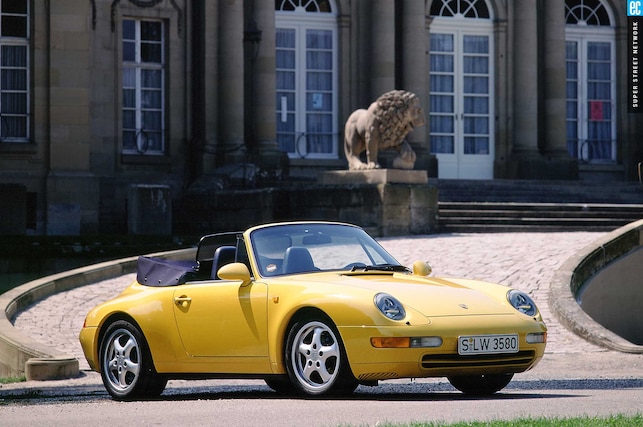 For the most part, the 993 is well engineered, well built, strong, and reliable. Don't be afraid of high mileage if everything has been serviced properly and parts have been replaced in a timely manner. Nothing is infallible, though, and things will go wrong. If ever the recommendation to get an expert inspection of any potential purchase was worth listening to, it's now, with this car. Because it has its own particular foibles.

Make sure all the VIN codes and paint codes match up. Open the hood at the front, lift the carpet to check for rust, and see if the spare wheel and tool kit are all present and correct. At the other end, look out for oil drips. The M64 can leak from chain covers and valve covers, plus the gearbox shaft seal. Smell the exhaust. If it's too smoky, that could mean worn valve guides and a head rebuild (along with a bill for something like $8,000). Inside, make sure all the electrics work, and inspect the condition of the seats and pedals.

On the test drive, how is the clutch? Any slippage? How does the steering feel? Is it wandering, pulling to one side, feeling vague? After all this time, a new set of coilovers might be a good call. Bilstein or KW Variant 3 is an excellent choice but means spending up to $4,000. 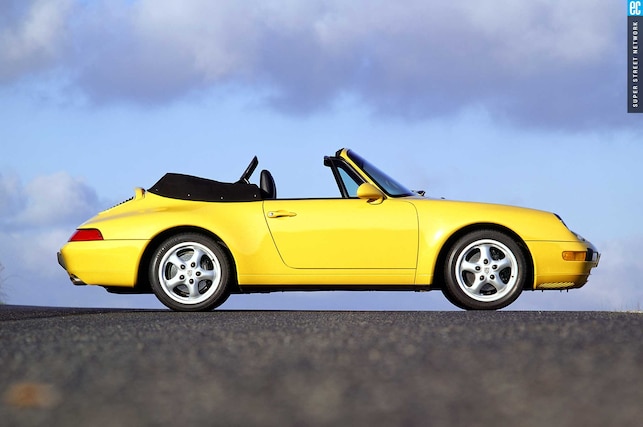 Join the Porsche Club of North America for discounts on parts and the general community spirit. And when you get a 993, drive the thing. You'll be doing the car, yourself, and anyone who hears it an enormous favor.

Recalls-wise, the first year had a wiring harness issue that might have caused a fire and the driver-side airbag could deploy without necessarily responding to a front-end collision. The '96 was recalled for defective wheels. The '97 and '98 also had airbag issues when using a child's seat.