Puts The "Cool" in Water-Cooled 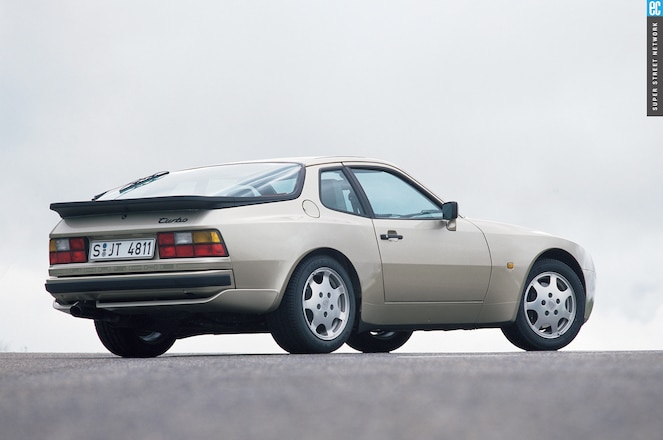 OK, so 911 purists never took this car to heart. But for the rest of us, our hearts are big enough to hold a place for the front-engined 944. This coupe was based on the same platform as the 924 and designed by the renowned Harm Lagaay. And because it's a Porsche (yes, purists, a real Porsche), it handles ridiculously well. The chassis is balanced perfectly for a rear-drive car.

The 944 in general is beautifully old school. For anyone railing against the imminent wave of self-driving cars, this is one good way to go. Its all-aluminum, 2.5L, four-cylinder engine has twin balance shafts, so it feels as smooth as a V-6. Transmissions are a five-speed manual or an automatic with three forward ratios.

Along with an updated dashboard and upgraded suspension parts, 1986 saw the introduction of the 944 Turbo, factory code 951. It uses the same eight-valve engine as the regular 944, but with a single KKK K26 blower bolted on. Well, plus some strengthening and improving here and there. Output was initially 220 hp and 243 lb-ft of torque. It could sprint from standstill to 60 mph in 5.9 seconds, had its own body kit for better aerodynamics than its naturally aspirated sibling, 911 brakes, and an uprated suspension.

In 1987 came Motronic engine management, anti-lock brakes, and airbags (one of the first cars to be so equipped). The following year saw the introduction of the Turbo S: 247 hp and 258 lb-ft, zero to 60 mph in 5.5 seconds and a top speed of 162 mph. The front brakes came from the 928 S4, and the suspension included adjustable Koni shock absorbers, a larger antiroll bar up front, and stiffer bushings. In 1989, the Turbo was boosted to Turbo S specs and the S badge was discontinued. In its day, though, the Turbo S was the fastest production car with a four-cylinder engine.

As well as all the usual caveats and processes when buying a used car, there are some particular areas where a potential 944 owner should concentrate. If the timing and balancer shaft belts haven't been changed recently, set some money aside to get it done sooner rather than later. They need replacing every 30,000 to 35,000 miles and re-tensioning 1,000 miles after being changed.

With a manual transmission, check for clutch slippage. The disc will go the way of all things and will therefore require renewal. And, of course, the turbocharger should also get some attention. It might need servicing, even rebuilding or replacing.

All 944 bodies were galvanized, so any rust would have come from a repaired ding. Except for the battery tray, which is known to corrode. The rear hatch has a tendency to leak; check the condition of the seal. Might as well cast an eye over the gas struts at the same time. 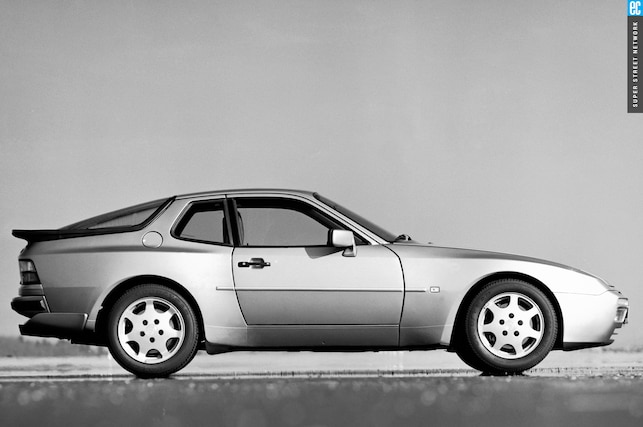 Underhood insulation will perish and leave a mess in the engine bay. The engine should have a plastic bellypan on its underside. If it isn't there, ask why. Make sure the oil pan isn't bent because of inept jacking or a previous owner bashing into something.

Oil leaks are part of the territory. The front seal and rear O-ring are the most troublesome, while a leaking oil pan is probably grounds for looking elsewhere. Hope the seller has replaced the water pump, because it will need doing between 50,000 and 100,000 miles, and it's not a simple operation.

It seems Porsche really has a thing about putting important stuff at the back. In the 944, there's a six-foot torque tube in place of a driveshaft. This is the connection between the engine and the rear-mounted gearbox. It uses bearings that will eventually lose their lube and generally atrophy. This will become apparent by noise and vibration, and reaching the bearings to replace or repack them is a tricky job.

Previous owners might have thought they were doing the right thing by topping up the power steering fluid reservoir with power steering fluid. It turns out the regular stuff isn't thick enough for Porsche cars; the company's approved fluid is more like that used in automatic transmissions. This misunderstanding might well result in leaks. Take a look. Also, check out brake lines and fuel lines.

While you're online scouring the classifieds, write this on a Post-it note and stick it to your computer: Buy the best you can afford. A fixer-upper may need a lot more fixing up than is immediately apparent. The value of these cars has nowhere to go but up, and we expect that to happen soon, but buying a car that requires too big of an outlay can quickly eat up any potential gains. Even the youngest example will still be pretty old by now and has been around several blocks. Here's another piece of Post-it wisdom: Get a specialist inspection. Assuming the closest thing to an ideal 944 has been procured, think about a K&N air filter and something like a Borla exhaust for a little more power.

Dave Norton's LS V8-powered 1987 Porsche 944 Turbo is a beastly vehicle that straddles the line between road- and racecar. 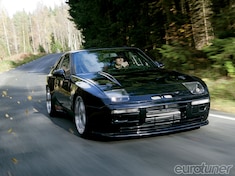 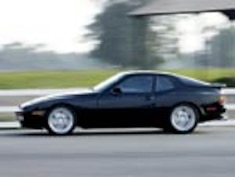 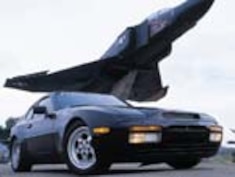 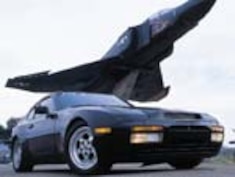 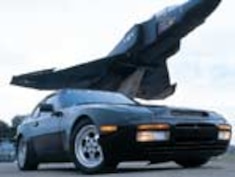 Read this European Car Magazine update of the Porsche 951 project car. We will do driveline, suspension and interior revisions to maximize performance.