Facts and History about the Toyota Supra 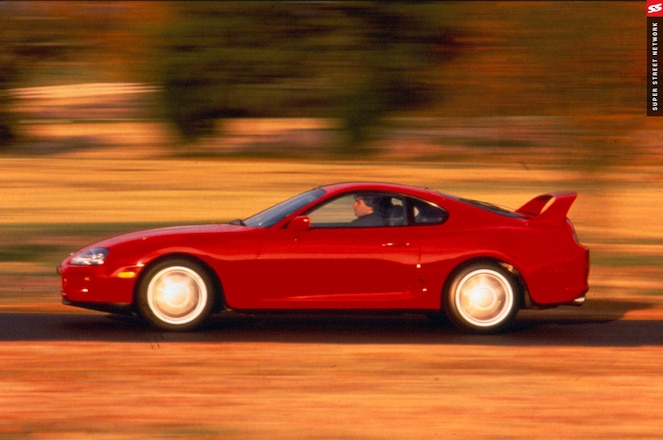 You've got to refer back to the late '70s when the Supra spun off as a slightly sexier version of Toyota's second-generation Celica coupe to know its origin. Celica Supras had longer wheelbases, were wider, and had more powerful six-cylinder engines, but aside from that, the Supra name didn't hold the same sort of cache that it does today.

In '86, Toyota wholly separated the Supra from the Celica, but it wasn't until the fourth-generation model that it entered the world of Japanese supercardom. Blame the MKIV Supra's 2JZ-GTE engine and six-speed Getrag gearbox for that—an inline-six so seemingly indestructible and so ready to make mad-scientist levels of horsepower that, even today, it remains one of the most popular engines of all time for pro motorsports teams and backyard engine swappers alike. 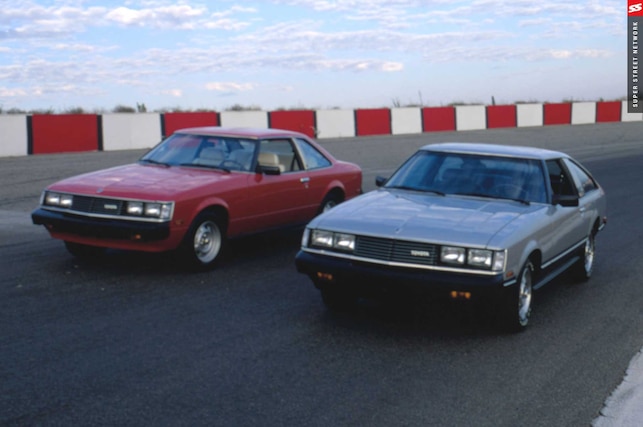 For years the Supra basked in all sorts of motorsports successes that encompassed drag racing, touring car racing, rallying, drifting, and road racing series like IMSA, JGTC, and Le Mans. Even today, it remains a formidable competitor and is widely used in all sorts of grassroots racing genres. 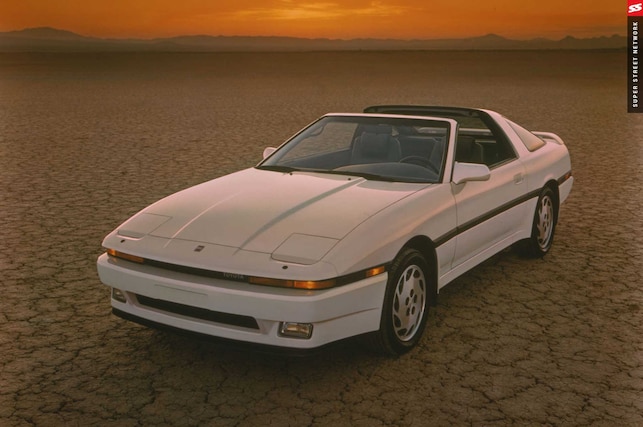 It's the factory-turbocharged and cast-iron-block 2JZ-GTE that really make the MKIV Supra what it is. Aside from its strength, the 320hp straight-six layout means less vibration and a smoother-running powerplant. Here, 700 hp without opening up the bottom end is possible, and if you've got the money—say 30 grand or so—the recipe for just about the most straightforward 1,000 hp is yours for the taking. To be sure, there is quite possibly no less expensive way to belt out that kind of million-dollar hypercar power. 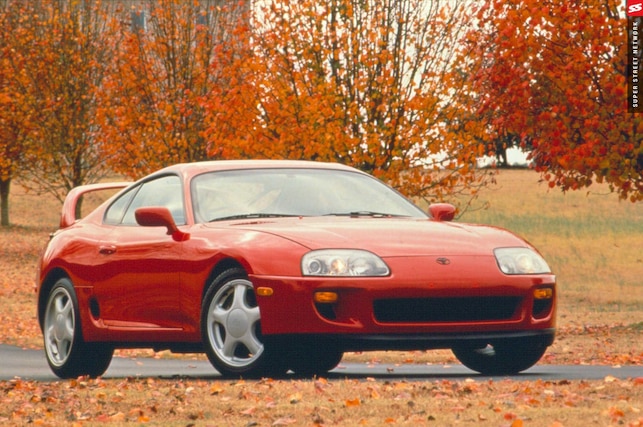 Compared to the competition, Supras are incredibly reliable, and those who own them know it, resulting in thousands of MKIVs that have surpassed the 100,000-mile mark with nary the hiccup or the paint flaws normally associated with those kind of numbers. Uncommon for its day, the MKIV also featured an aluminum hood, front crossmember, upper control arms, and all sorts of engine bits all in an effort to shave weight. Even the carpet fibers and rear spoiler were made hollow to further reduce pounds—and we're talking about a car that's more than 10 years old! 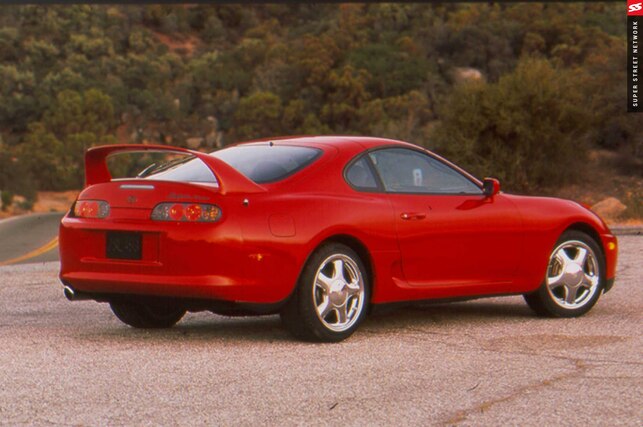 Inside is an analog-lover's dream come true. The seating is low and bolstered, the dash is front and center, and the instrument cluster is simple and effective. Oh, and the sound of the front-mounted 2JZ spinning at full song from inside the cabin is baby-makin' music if you ask us. 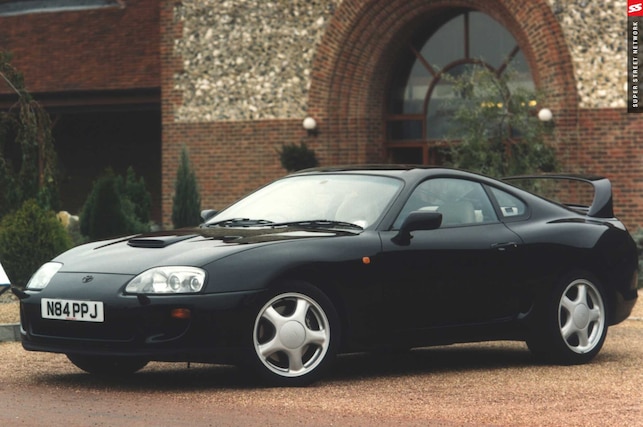 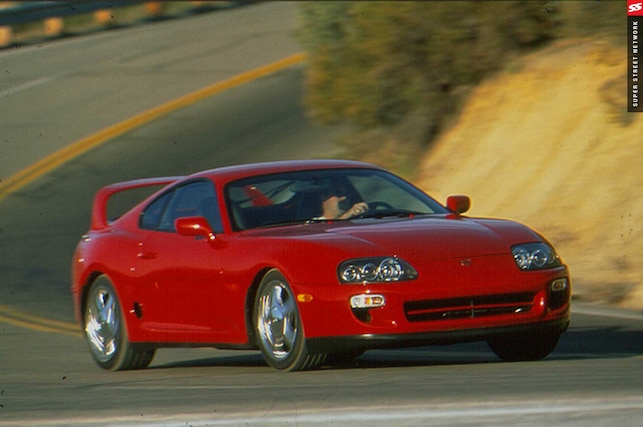 As far as supercars go, it's easy to mistake those of the '90s as conservative, especially those hailing from Japan. They're not, necessarily, though. Yeah, Toyota's Supra lays down a mere 320 hp, but it's no accident that it's 500 hp-ready with very little effort. Beginning in '89, Japanese automakers avoided expensive horsepower wars by capping production-car output in their homeland to 276 hp. We're talking about the country's Gentleman's Agreement, where settled-upon but often-not-followed terms meant engines like Toyota's 2JZ-GTE left the production line with a whole lot more potential than the company's Paseos did. The agreement made a lot of sense for a country that didn't provide a whole lot of means to legally eclipse the 62-mph mark, but has since proven unrealistic for American car buyers who expect their station wagons to move faster than a mid-'90s supercar. All this means to you is that turning 500 hp out of a 2JZ-GTE or an RB26DETT with a few bolt-ons any bozo could handle is easier than you ever would've thought. 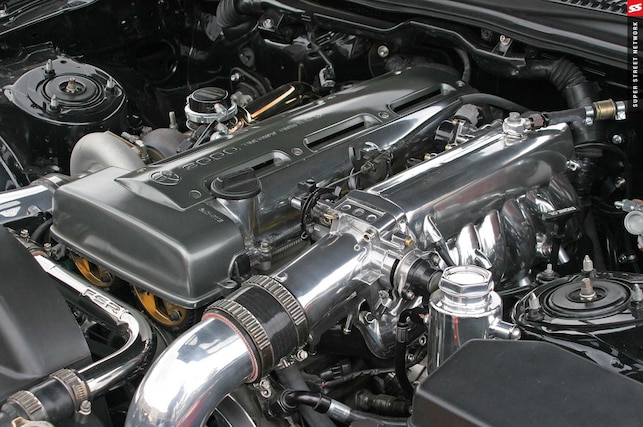 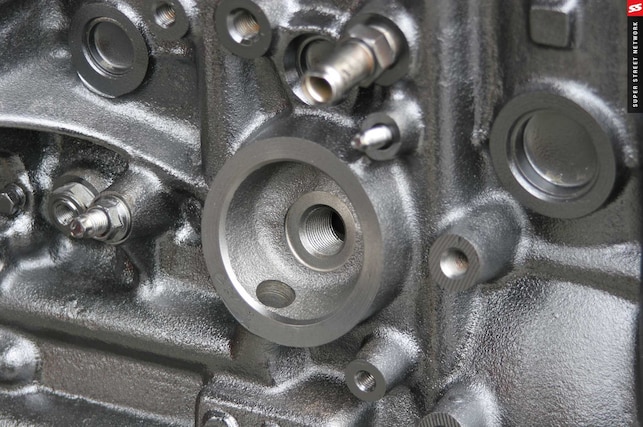 Where to Find One and for How Much

Be sure you're looking specifically for '93-'98 Supra Turbo models if you're searching in the U.S., and scout out the usual places online. Be prepared to shell out at least $25,000 for a decent specimen (but probably much more) and even more the longer you wait—because like every other Japanese supercar of the era, the value of MKIV Supras are only going to go up, way up! 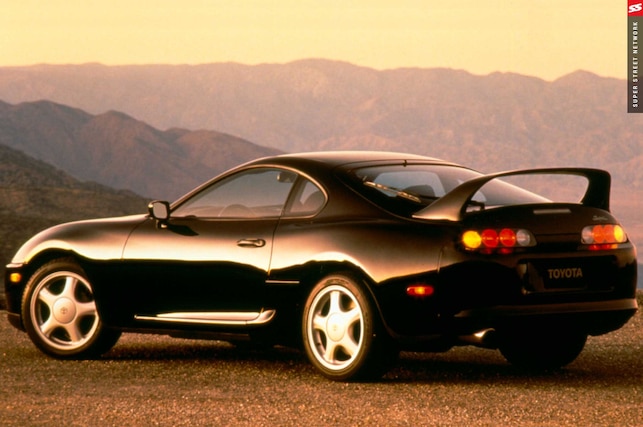 Fast Forward to the FT-1

They say it's the Supra replacement, but they won't say exactly when you'll be able to get one or how much exactly it'll cost you. We're talking about the FT-1 concept, or Future Toyota-One, which clearly takes cues from the Supra but implements them in ways that better reflect the twenty-some years that have passed since the MKIV design was initially sketched out. The body is Formula One-inspired, its cockpit functional, and its shape muscular—the latter two of which are characteristics that helped form the Supra and, should the front-engine, rear-wheel-drive FT-1 become a reality, could likely ensure it the same sort of success so long as whatever it is Toyota's engineers stuff underneath its hood is able to uphold the legend that is the 2JZ.

Although this Supra has a new front end, crazy widebody, and no longer has the reputable 2J, Top Secret still managed blow everyone's minds with its 1,000hp V-12 twin-turbo motor that catapulted the car to 249 mph. Just take a look back at our April '07 issue if you still have it!

Facts and History about the Toyota Supra
Photo / 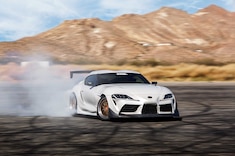