History and facts about the Nissan Skyline GT-R 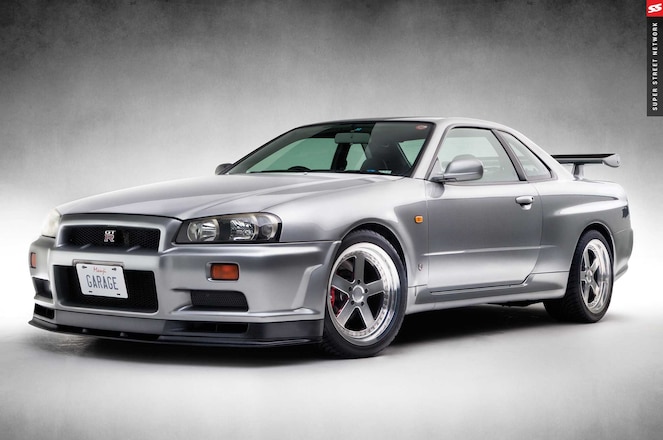 Nissan's Skyline's been around and, for the most part, unavailable to the average American fanboy since '57. It'd take another three and a half decades or so for you to care, though, and the same amount of time before a model was introduced that'd you'd pretend you'd someday own.

We're talking about Nissan's R32 and R33 Skylines, both of which their GT-R trims set the stage for two decades worth of boy-racer video games, a Hollywood blockbuster franchise that skirted the line of what was actually realistic and what was just plain ridiculous, and the basis for American import car lovers' automotive bucket lists that almost always go unfulfilled. 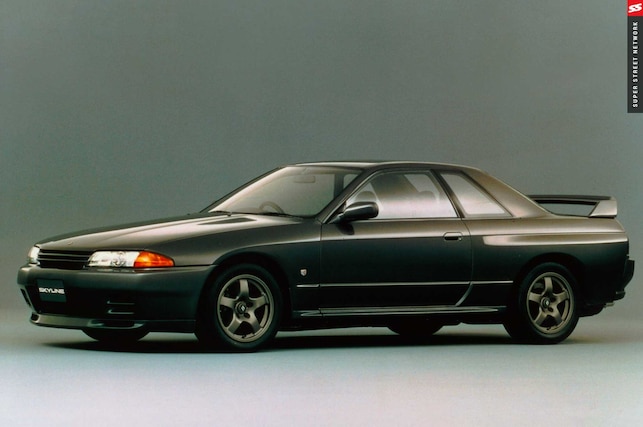 Like any Japanese supercar worth its factory-supplied turbo, Nissan's designers targeted the weaknesses of some sort of already-established and expensive piece of European machinery, which in the case of the GT-R was Porsche's 959. And it worked. The R32, specifically, dominated JTCC races and the Group N series in its homeland where the GT-R's presence is most widely known.

Out of all of Japan's late-twentieth-century supercar lineup, the GT-R no doubt remains the most elusive, mostly because American car buyer's have never been privy to it without paying all sorts of premiums and dealing with the sort of bureaucracies that are often associated with transporting a car from one country to another. Let's also not forget about the whole ??? fiasco... 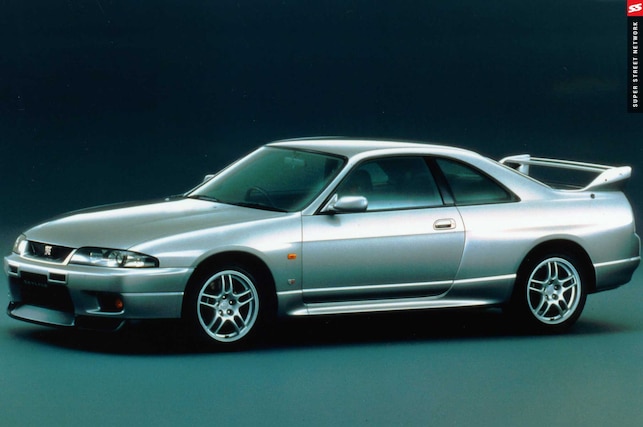 Both the R32 and R33 GT-Rs were powered by a similar RB26DETT engine and an all-wheel-drive layout. The 2.6L, twin-cam, inline-six lays down a maximum of 280 hp and 289 lb-ft of torque without even trying and remains the most powerful RB engine among Nissan's lineup - also has the most potential. It shares an architecture similar to the smaller 2.5L engine but features individual throttle bodies and parallel-mounted, twin turbochargers. And like the Supra's 2JZ engine, it too features a cast-iron and nearly indestructible engine block of which boost practically knows no bounds.

It's the all-wheel-drive layout that makes the GT-R the special car that it is, though. Here, the longitudinally mounted engine up front is mated to a conventional, rear-wheel-drive sort of transmission, essentially allowing it to behave more like something powered by its hind end until you let things get out of control. Nissan accomplishes all of this with ATTESA (Advanced Total Traction Engineering System for All-Terrain). The system's based off of a conventional rear-wheel-drive gearbox that drives the rear differential via a standard tailshaft. At the end of the transmission sits the all-wheel-drive transfer case of which a short driveshaft transverses back to the front wheels through another differential. Inside the transfer case, a multi-plate clutch pack distributes torque. Information like G-force, boost pressure, throttle position, and individual wheel speed is fed into the computer. If traction's lost, the clutches intervene, engaging and sending torque to the appropriate wheels. 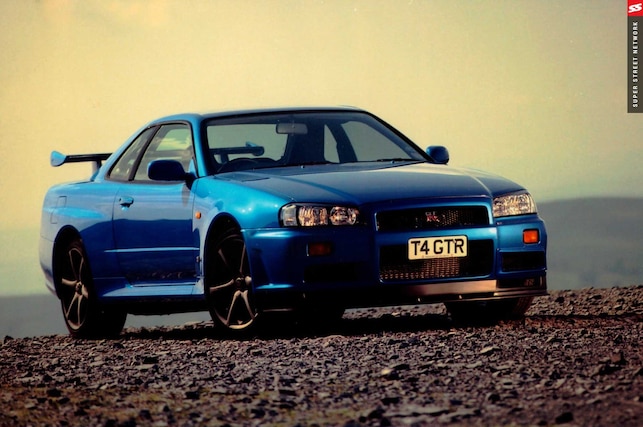 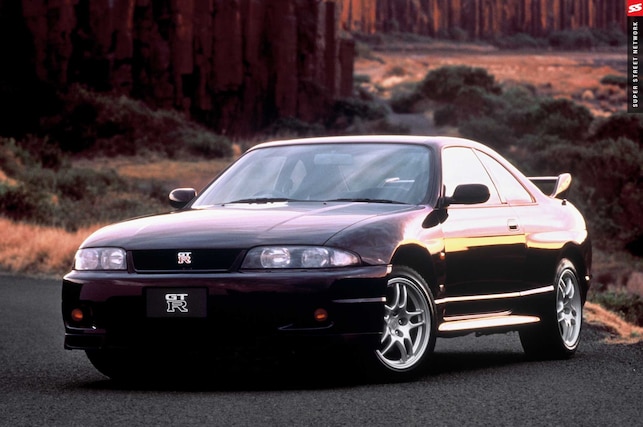 - Challenging to legally own in the U.S.
- Smaller inventory to choose from
- Repair parts must be sourced from overseas
- Exorbitant insurance costs 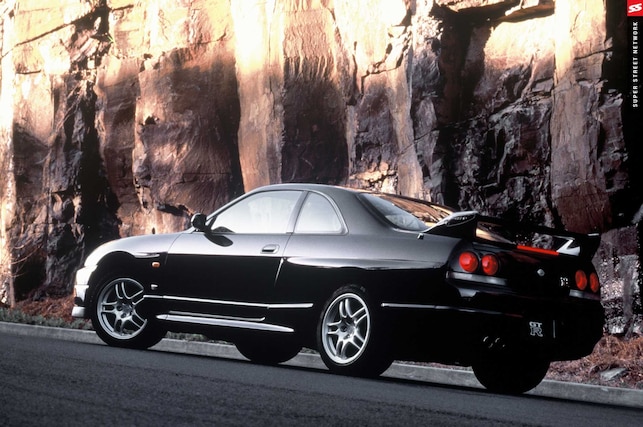 Where to Find One and for How Much

You ever finding a R32, R33 or R34 GT-R is a hundred times harder than scouring Craigslist for 20 minutes for a used 240. The federal government has all sorts of reasons why they'd rather you not own one, which makes doing so legally more expensive than you'd like. Set aside at least 25 grand for something at least 25 years old, which is how far back you'll have to go to obtain one by the rules in the U.S. Look to firms like International Vehicle Importers (importavehicle.com) instead of going it alone, though, who can handle all of the technicalities and paperwork for you. 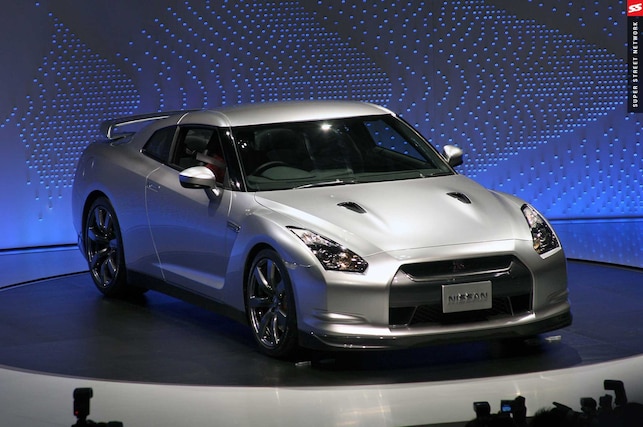 Two things make Nissan's latest GT-R—the R35—a whole lot different than its predecessors: even you can buy one (if you had the money), and a 550hp V6 replaces the time-honored inline engine. Yeah, the RB was special, but not as special as a couple hundred more horsepower, which the R35 needs after tipping the scales on the bad side of 3,800 pounds. Its all-wheel-drive architecture is different, too. Here, a driveshaft spans from the engine to the transmission, which is located out back, and another that spans from the transmission back to the front. While older GT-R center differentials make due with mechanical feedback, the R35 relies on a series of electrical sensors and hydraulically actuated clutches. Despite all of that, though, the R35 retails for more than a hundred grand, which means you shopping for a used R32 all of a sudden makes a whole lot more sense. 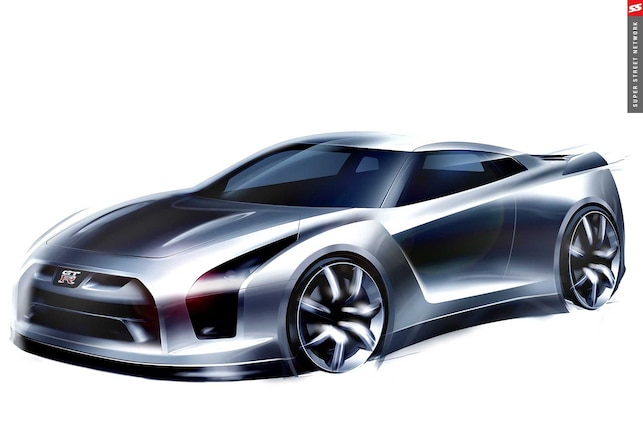 The saying "don't judge a book by it's cover" must've been talking about the Mine's R34 GT-R. The engine bay will fool you to think it's stock, but the harsh reality is that the RB26 is pushing over 600hp. We love it even more because it graced our March '07 cover and ran the '06 Super Lap Event in our own backyard... Bring it back, please!

Whose car is that? 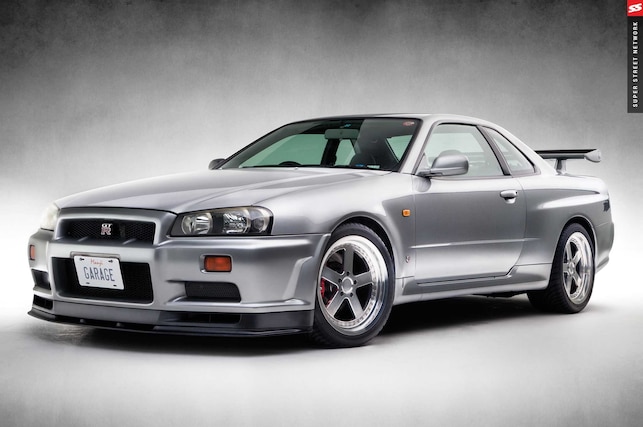 This R34 GT-R actually had come into our studio. Wait...an authentic R34 in California? Some do exist! The car is owned by local shop Manji Garage and was kept more or less stock due to the previous owner of the car passing away. Already installed on the vehicle were A'PEXi intake, intercooler and exhaust, plus HKS Hypermax coilovers and Manaray Sport Hyper Revolution wheels. Manji Garage tells us the car makes 380 hp with all the bolt-ons and is simply a blast to drive—especially through Los Angeles where we breaks our necks every time we see it!

History and facts about the Nissan Skyline GT-R
Photo /