It's not often we revisit a car but Patrick Cosgrove's infamous Red Sled deserved a second glance. 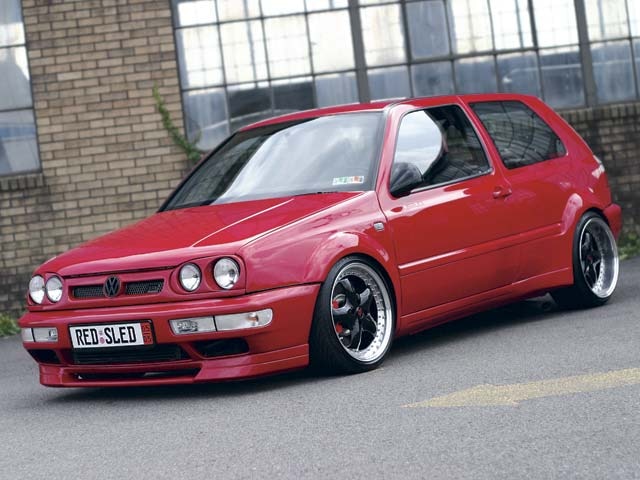 Patrick Cosgrove recently swapped his 2.0 turbo for a VR6 turbo. Soon after the swap he emailed us with an excited note and told us he'd driven the car over 140mph and was thrilled by the experience. We quickly responded suggesting we were impressed that he'd been able to find a tow vehicle capable of such speed. Had he recently purchased a Dodge Ram SRT-10?

To know Pat is to give him crap about his car. He's quite used to it. You see, Patrick doesn't drive his car that much, or that hard. And he's been known to use a trailer to bring it various events - hence our email joke.

The truth is, Patrick takes the ribbing in his stride and is the first to counter that he built this car to please himself and nobody else. People can joke about trailer queens all they want, but as far as Patrick's concerned, he'll always have the last laugh. And the car is his to do with as he wants.

Some of our readers will note this is the second time we've featured Pat's 1998 GTI 2.0, which is something of a rarity for us. However, he's made wholesale changes since et 11/04, so we figured it was worth a revisit.

Hurry and pick up the February 2006 issue of eurotuner Magazine for the complete story, and a lot more photos