We Don't Find Many Modified Volvos, But When This 290hp Widebody 2004 Volvo S40 T5 Came To Our Attention, We Didn't Hesitate. 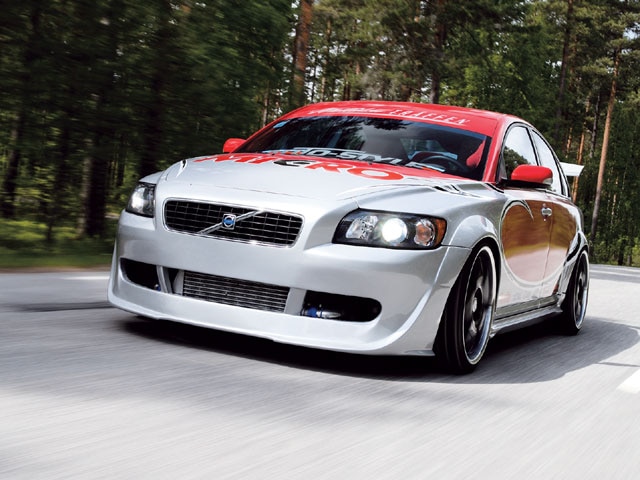 Sweden is a land of forced induction,where young tuners think nothing of locking themselves in their garages over the long winters only to emerge in the spring with an old Volvo boasting 500bhp from its turbo engine. As the young modifier matures and finds himself with more disposable income, the skills learnt in those cold garage apprenticeships can be put to use on something more modern; which brings us to Peter Jynnesj and his '04 Volvo S40 T5. 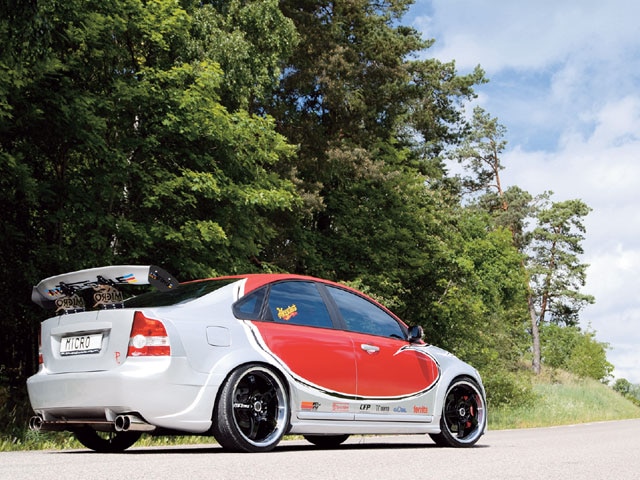 The S40 is a car we've featured several times before and despite preconceptions, the newer Volvos don't hang around. In fact, the S40 T5 boasts a 0-60mph in 6.5sec from its 2.5 five-cylinder turbo - not a bad place to start a project.

Peter lives deep in the Swedish countryside and has built a reputation for himself and his business - OnTheEdge - as a respected modifier. So when Swedish parts supplier, Micro, gave Peter an illustration and asked if he'd build a Volvo to match it, he jumped at the opportunity. "Micro commissioned me to make the car from their drawings," he said. "They provided me with everything I needed except the body kit. They needed the car finished quickly, so I completed it in only five weeks." 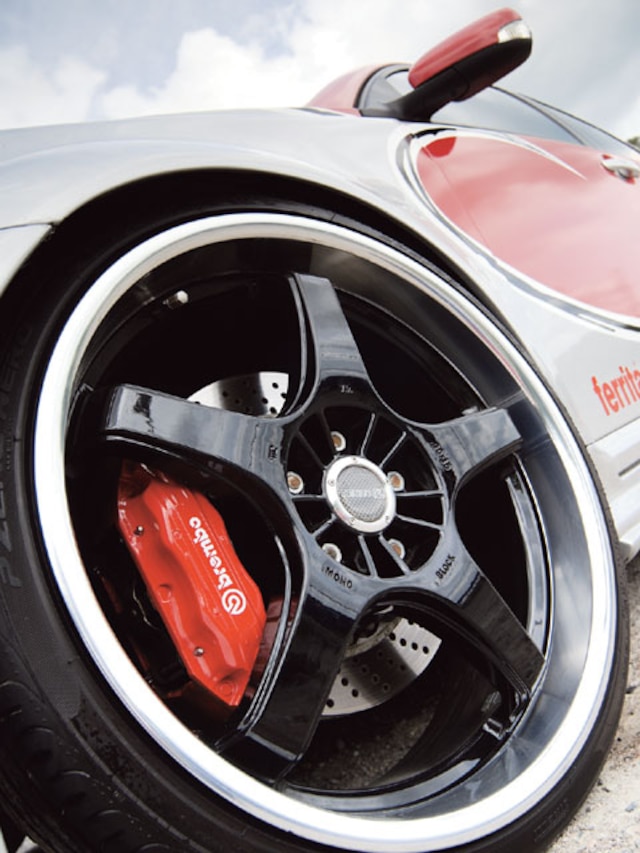 Five weeks? You'd normally expect to spend that long waiting for new wheels to be delivered, but Sweden prides itself on efficiency and a strong work ethic.

The body kit was a prototype from Heico Sportiv in Germany (www.heicosportiv.de). It was seen at Essen '05 (et 3/06) and is now used on Heico's S40 racecar that won its class at the Nrburgring 24-hour event. Needless to say, it's a tough look for the S40. "It is a glassfibre widebody kit," Peter explained. "But lots of work is needed to shape everything on to the car. The bumpers, fenders, arches and skirts all have to be modified and then smoothed together." 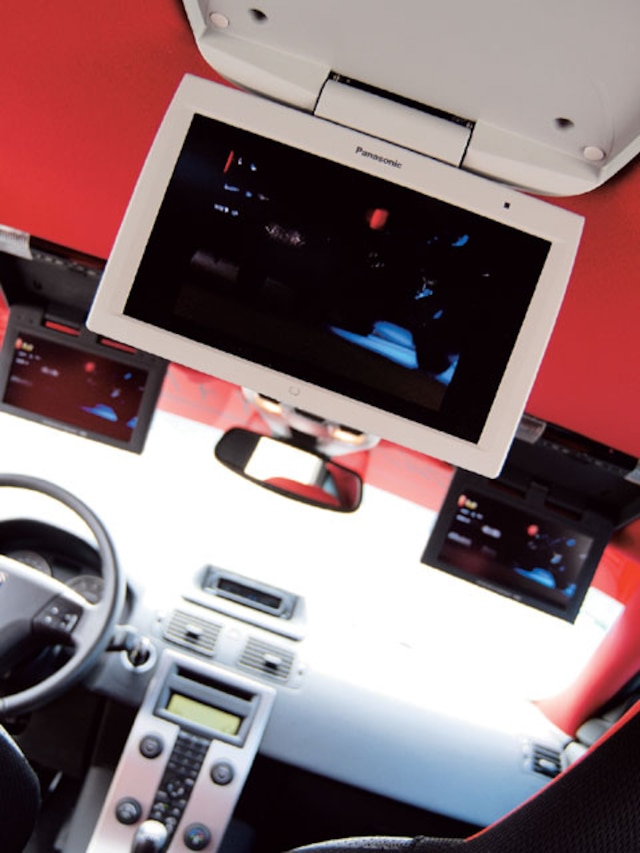 Extra smoothing can be seen in the deleted rear door handles to give the look of a coupe. The side moldings and antenna were also deleted. And while this might be subtle, a carbon Auto-Style rear wing gives an idea of how an S40 would look in the World Touring Car Championship. It's mounted on rusty metal legs that were custom-made, along with the rear diffuser. "I've let them go rusty because it gets people talking about the car," Peter explained. He couldn't do the same with the Auto-Style front-mount intercooler, but we're sure he's been looking for a way to do it.

The front grille was modified to fit the Heico bumper and retains the recognizable S40 visage. The wheels, of course, aren't stock either, and choosing them presented a big problem. "It's very difficult to find good-looking wheels for a Volvo," Peter said, "because the stud pattern is different to everything else."

The S40's stock brakes would never do behind the dubs, but Peter was again scuppered by the lack of decent aftermarket goodies available for the Volvo. "I needed a brake upgrade and Brembo did a Gran Turismo kit for the S60, but not the S40," he said. "So I got the S60 kit, hoping the pieces would fit, but they didn't. I needed new brackets for the calipers and modified the hub adapters on the discs to fit. It wasn't too tricky, but some cutting and welding was needed."

With these chassis upgrades, this S40 was a fine candidate for a performance injection; BSR in Sweden offered a bigger turbo and managed to get 450bhp from the T5 engine. However, Peter knew he'd be doing plenty of miles in the S40, so he declined the big turbo and new engine internals. Instead, he upgraded to a turbo-back Ferrita exhaust and a K&N Typhoon induction kit - a huge job that involved removing many parts and relocating the ECU that had been re-mapped by BSR.

In the end, the combination yielded significant gains. Where the S40 T5 had 220bhp stock, this one now boasts 290bhp, certainly enough for most people.

The reason Peter covers so many miles is because he attends so many European shows. But the car isn't loaded on a trailer; instead, the 34 year-old happily pilots the Volvo across vast distances to show off his work and spread Micro's name.

The show schedule demanded some interior work, so there's a comprehensive ICE install to impress spectators as well. "The S40 has a sophisticated electrical system as standard," Peter explained. "I had to set up a separate system for the ICE." Three screens in the roof show off the entertainment from two DVD players - one in the glovebox and one in the roof - all mounted in a custom fiberglass and wood frame fixed to the roof and covered in red felt.

Three MDS Audiophile Pro amps provide the boost for a quartet of MDS subwoofers mounted in a custom box in the trunk and visible from inside the cabin.

The door builds are equally impressive with additional MDS speakers, and more work is evident in the center console that houses a set of gauges. The four Auto-Style seats in the car are a significant modification over stock, but the steering wheel, shift knob and handbrake stay true to their Volvo roots.

Aware it would be poor form to arrive at next year's show season with the car untouched, Peter plans to give his S40 a full race-look once the summer season is complete. "If Micro allows me, I'd like to strip the interior, remove the stereo and add a rollcage. Then maybe we could add a bigger turbo to turn it into a racecar," he explained.

That would complete the transformation for what is considered a rather conservative car. As it stands, it already gets plenty of attention on the Scandinavian streets thanks to its unique appearance. Park it alongside a stock S40 and you would be amazed at how much work he's done. It's refreshing to see a Volvo styled so spectacularly.