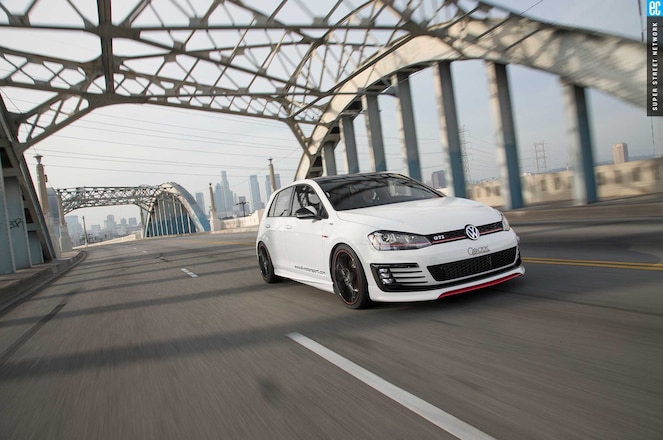 A slight groan may have accompanied the assignment to cover a tuned GTI. This may sound crazy, but not everyone in a european car is a massive tuner-car fanatic. Some, in fact, rather prefer simple refinement to an all-out reimagining of a car. I've long held the idea that if the car could be made better, chances are the manufacturer would've done it. Perhaps this is why I tend to write about motorsport, new car reviews, and the occasional new product. However, it all became clear why the editor chose me for this car when I saw it. 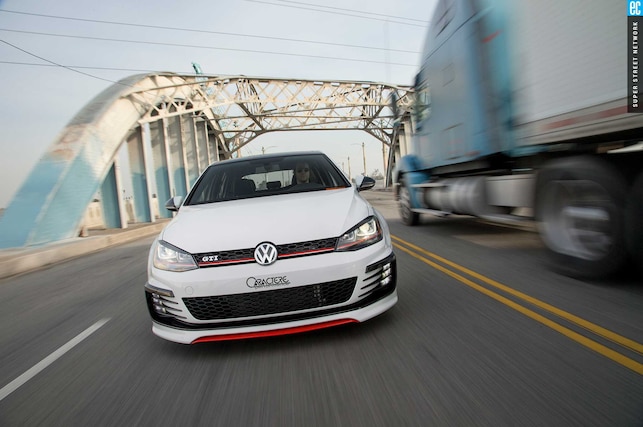 The Mark 7 GTI is a wonderful car in itself—a car I'd be hesitant to do anything to if I owned, but thankfully BK Motorsport doesn't share that opinion. BK is an importer and dealer of legendary European tuning brands ABT and Caractere, along with relative newcomer TuningBox. Based in Anaheim, California, BK purchased the GTI and proceeded to invite various accessories from the three different companies to form a tuning triumvirate.

The Caractere brand was founded more than 20 years ago, specializing exclusively in VW and Audi upgrades, with products ranging from body kits to power upgrades. In recent years, its portfolio of work has expanded from the two German marques to luxury brands such as Porsche and Range Rover. What sets Caractere apart as a premium provider of accessories is the company's devotion to quality and factory-like fit. Most of its body kits are constructed of polyurethane reaction-injection molding, ensuring they maintain the same wear, fit, and flex properties as the OEM parts they are replacing or accompanying. In addition, the parts are designed to use the same bolts and harnesses as stock, requiring no extra cutting, bending, drilling, or other irreversible modification, allowing the car to be put back to showroom presentation with little effort. 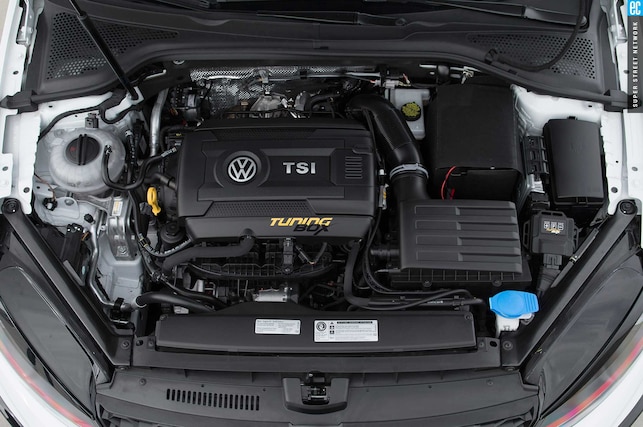 The GTI's appearance with the complete Caractere body kit is one of subtle aggressiveness. The side skirts aren't obnoxious, the rear spoiler isn't pretending to be a top fuel dragster, and the front spoiler looks absolutely superb, complementing the winglets and including a red accented lip that matches the other touches of red on the stock GTI. The body kit also includes a diffuser with a sport exhaust system with two specially designed exhaust tips. The sound is deeper and offers more of a growl, but by no means will wake your neighbor. 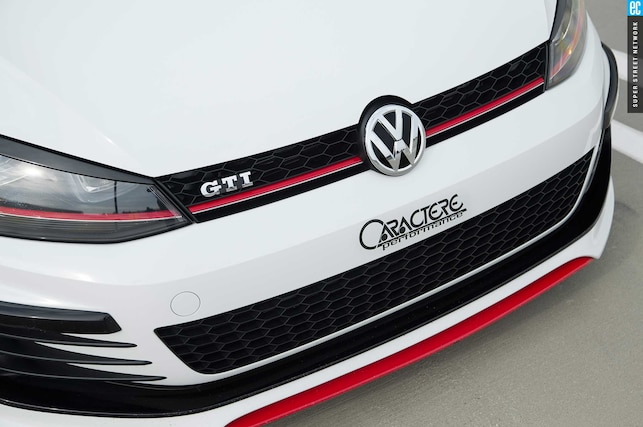 The second tuning company to join the GTI was ABT Sportsline. No stranger to the tuning world, the ABT name continues to deliver quality products for mostly Audi and VW. The GTI included ABT headlight covers, carbon-fiber side view mirror covers, and 19-inch CR-design wheels. ABT sport springs were also included on the car and are said to lower it as much as an inch, though it appears closer to two.

From the looks of the car, we go to the power enhancements, courtesy of TuningBox from Germany. The Plug-n-Play Tuning Power Box intercepts the signal from the car's boost sensors to the ECU, modifying the data in-between. The box installs through OEM-compliant Bosch connections and simply connects to the MAP and two other sensors in the vehicle, until finally connecting to the battery itself. The box is also customizable in its programming and includes "plus" and "minus" buttons to fine-tune how aggressive you want the power output to be. 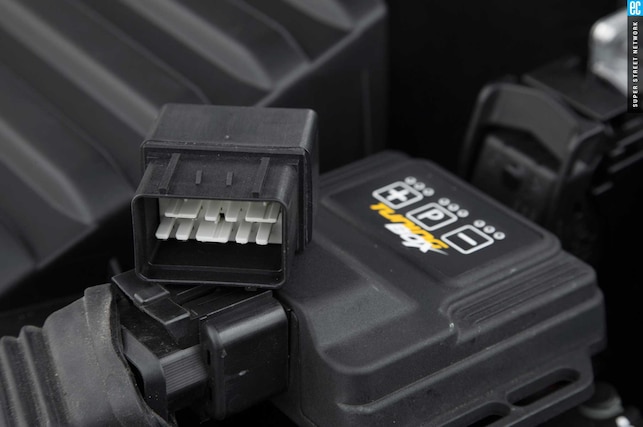 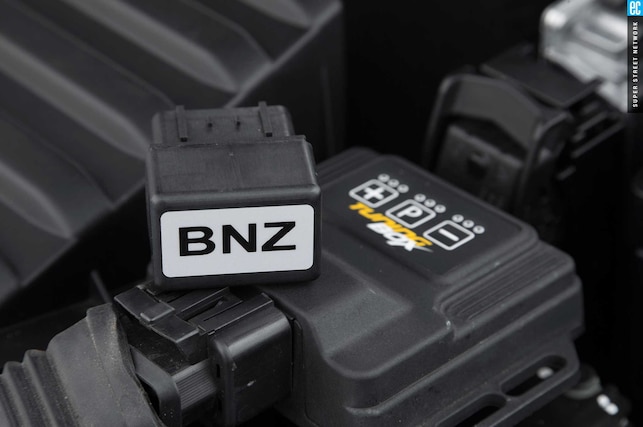 For those nervous about taking the modified vehicle in for service, the TuningBox, like the Caractere mods, are completely reversible. The TuningBox itself can be detached, and substituted with an included cap that loops the vehicle back into its default factory settings with no record of the modification in the vehicle's log. Should one be particularly fearful with having the remaining extra cables around, even tucked out of sight, the whole installation can be removed, leaving no evidence behind.

The GTI was recently dyno-tested at 258 hp/322 lb-ft torque at the wheels, up from the 210hp/258 lb-ft torque you'll get stock. The result was a noticeable increase in power on acceleration.

Incorporating the TuningBox Plug-n-Play Tuning Pedal increases the engine responsiveness, like you would normally see accompanying an ECU flash. Like the TuningBox, the pedal is a very quick install, only intercepting the sensor connecting the ECU to the gas pedal. Like the power box, this feature is customizable with similar buttons and features a sport, sport plus, and eco mode, depending on your desire. 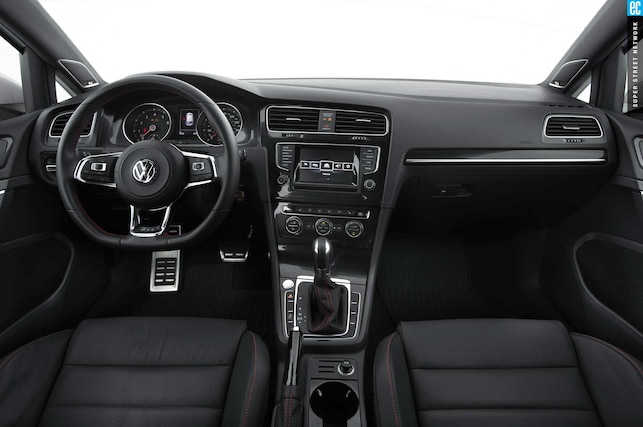 After my first drive from Long Beach to downtown L.A., I was surprised at how much it just felt like a refined GTI. The added torque and horsepower seemed like a proper match for the car and didn't take away from its original character in any way. This is the kind of tuner car I would have no problem driving daily and matched my own tuning desires for refining the look and performance of the car rather than pushing it to the limits. In fact, the drive I took in the car was exactly what one is most often to do while owning it—city streets and highways. The abhorrent road conditions on the L.A. highways didn't break my back or my butt. Even with the sport springs, the car was quiet without any exhaust drone.

BK Motorsport reminded me of the old adage to not judge a book by its cover, because this car was fantastic. It'd be tempting to buy, to be honest with you, if it weren't for the fact the car was already spoken for before I even drove it. The complete cost for the car wasn't cheap at over $11,000 more than the amount BK Motorsport bought it for (which included several factory options). But for a car with this much added sophistication and increased performance, you'd certainly take solace in having a unique GTI without sacrificing all the positives that made you love it in the first place. 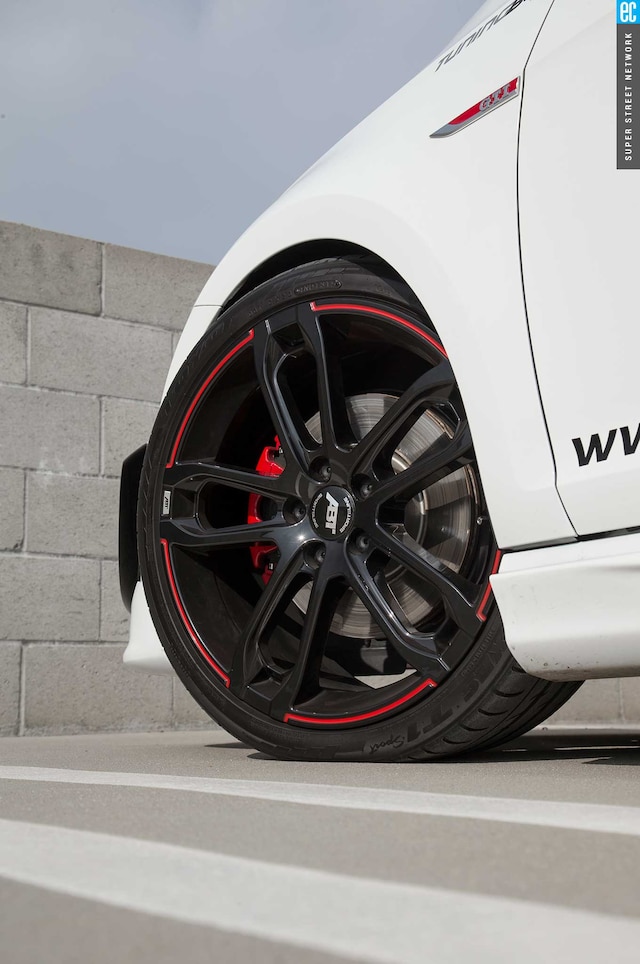 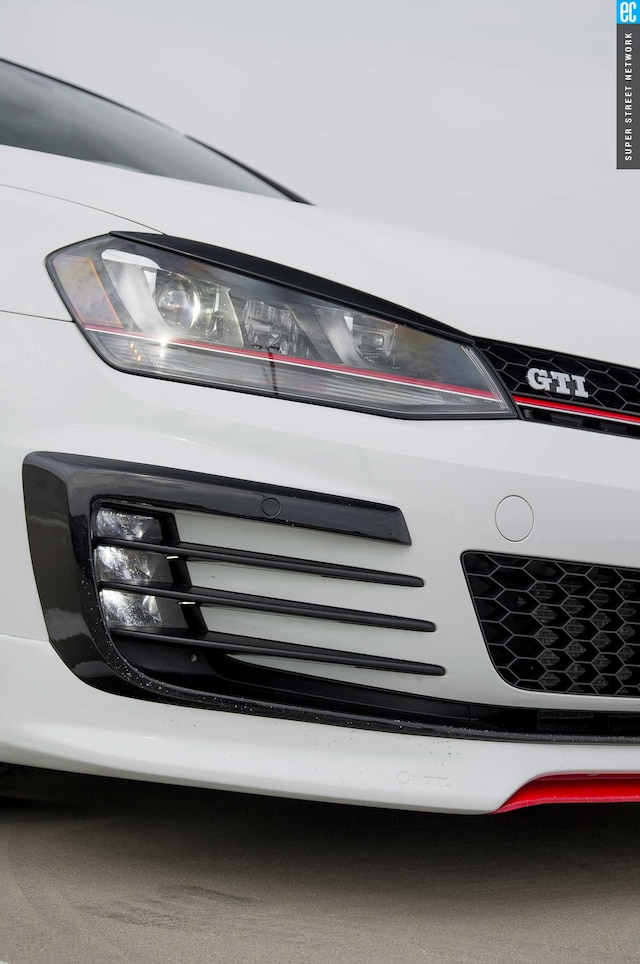 We install some VMR wheels, Continental ExtremeContact DWS tires, a EBC brake upgrade and a few other winterizing preps to our MK7 VW GTI Project car.