Nissan's KGC10 Skyline GT-R is the sort of stuff automotive erotica is made of. Nicknamed Hakosuka by its fans, which somehow translates into box-Skyline, the third-generation chassis' premium model was built around the 160hp S20 engine—a mill based off of pre-Nissan-merger Prince Motor Company's R380 Japanese Grand Prix powertrain. Today, that'd be like having a 2.4L V-8 in your four-door Civic Si.

Hakosukas meant business and were sold void of unnecessary interior trimmings in an effort to do more important things—shave weight and go faster. On the track, Nissan wrapped up dozens of victories with the race-car-turned-street car, setting precedent for what the three letters G-T-R would come to symbolize some four decades later. Among those things that ensured the GT-R's legacy, however, was not its ability to haul a sheet of plywood. And yet, Hakotoras—a distinct brew made up of Datsun's Sunny truck body and the front half of a Hakosuka—abound. And for good reason. 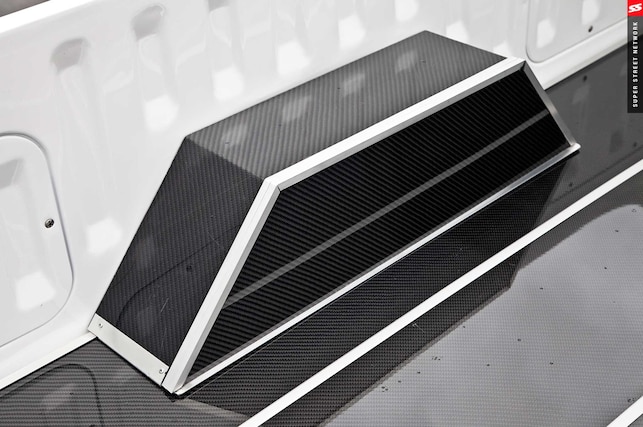 Photo 2/26   |   According to Le, bodywork seemed never ending. Here, the bed's been completely stripped and smoothed despite the carbon-fiber cover that'd ultimately go into place.

Little about Datsun's compact-car-based truck body will thrill you, though, other than its ability to fuse itself with the business end of the GT-R and the guts of an SR-based S14. At least that's what you'll find underneath the bonnet of Dominic Le's '74. It's companies like Japanese-based 09racing that offer the exterior bits to make all of this happen, and that debuted the whole conversion a couple of years back at Tokyo Auto Salon. That's around the time Le learned of the cross-bred Datsun, and yet it'd take him another two years to actually take on the build, just three months shy of the '15 SEMA show he'd go on to unveil it at. 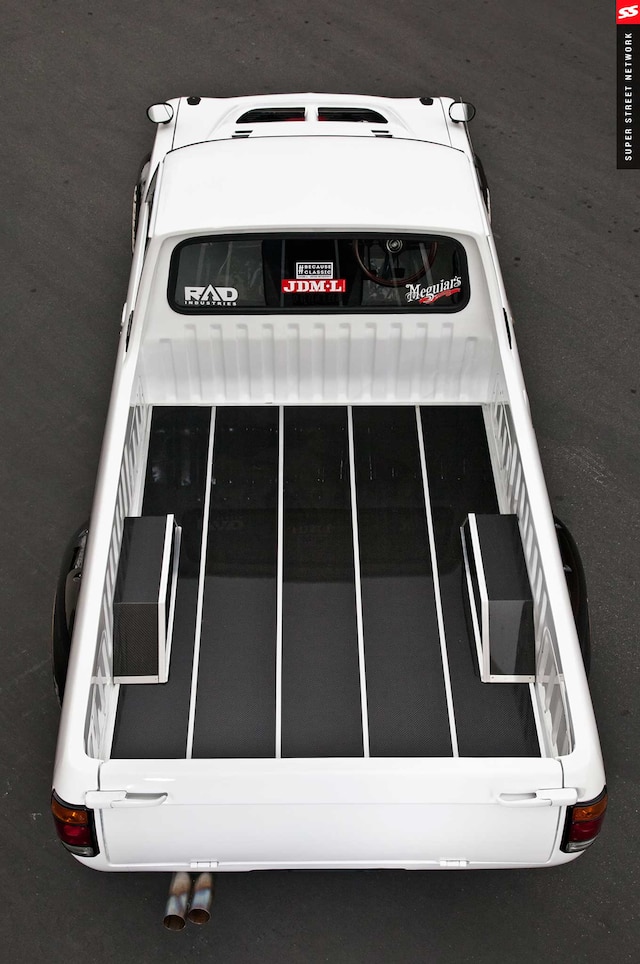 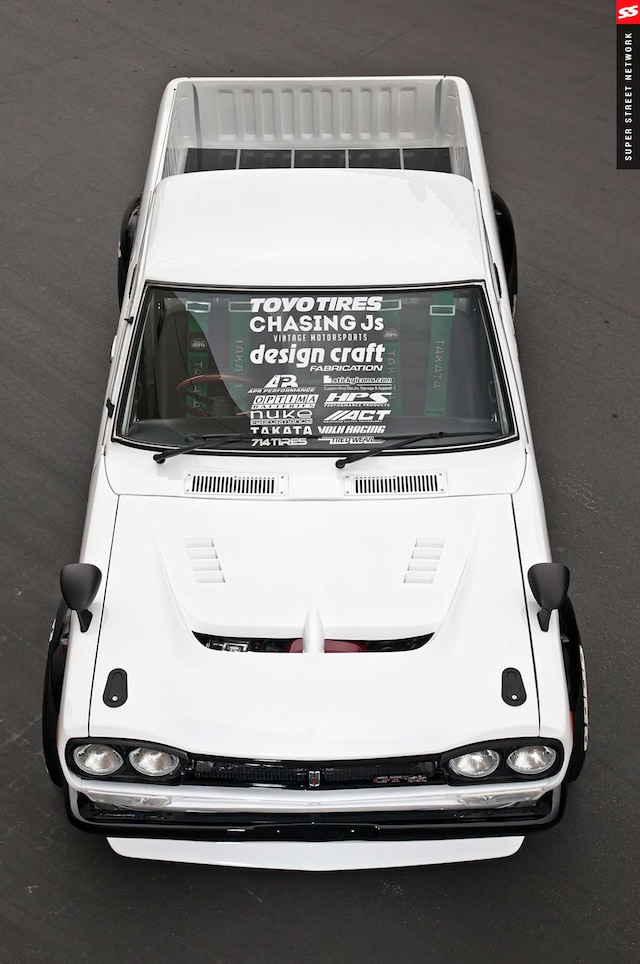 Photo 4/26   |   Much of the build's time frame consisted of bodywork. According to Le, it took nearly two months to strip the body, fit it with its 09racing conversion, and get the whole thing painted.

Not even owning the car that'd ultimately show face at the annual Las Vegas trade show just a dozen weeks this side of opening day will never make sense. Especially when builds of similar caliber are typically devised 365 days in advance. That's mostly because Le never planned on building the Hakotora in the first place, let alone parking it among the Toyo Tires Treadpass. "The truck actually belonged to a friend who was forced to sell it," Le says. "He was in debt, and the two shops he'd taken it to just couldn't get it done." According to Le, yes, the Hakotora qualified as one of his dream builds, but it just wasn't scheduled to happen anytime soon.

But it did. And with SEMA just two and a half months out, as Le puts it, "Every single minute had to be planned, and everything had to be executed efficiently and correctly the first time around." That meant spending more than half that time on bodywork alone, ridding the Sunny of its half-inch layer of body filler and rust before respraying it and fitting it with a combination of 09racing components and those he'd refashion in their likeness out of dry carbon fiber. 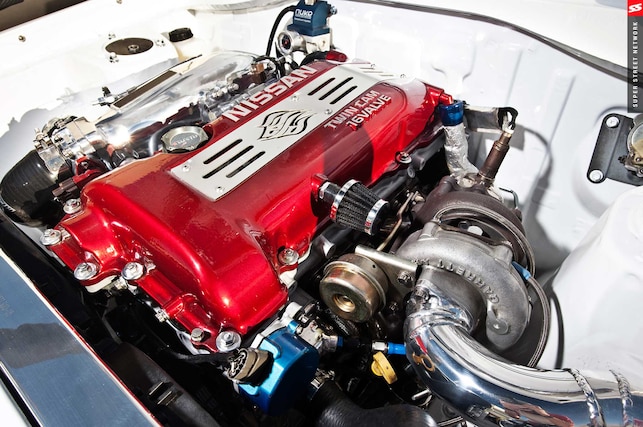 Photo 8/26   |   Underneath the hood rests the 439hp SR20DET engine that's been tuned by means of a special version of the S14 Silvia's ECU obtained through Le's contacts at Nissan that's about as capable as a standalone ECU.

No matter how appropriate an inline-six-cylinder RB engine might seem for all of this, according to Le, there just isn't room for any of that. Which led to the next best thing: a 439-whp SR20DET. The SR is no bolt-in transplant, either, but following crossmember modifications and custom-made engine and transmission mounts, the whole thing could be easily plucked and reinstalled the handful of times Le says were needed to make sure everything else fit the way it ought to.

"We wanted it to look like it came out of the NISMO factory." A couple of decades ago. That's what Le says about the build, highlighting the Hakosuka dashboard that was retrofitted into place across from the pair of '70s-era Autolook seats you didn't even know existed. Here, there's simply no room for any sort of rollcage, but Le did commission a custom harness bar from Southern California's Design Craft Fabrication that straps him and his passenger to the buckets by means of a couple of Takata harnesses—a mandatory addition when considering the truck's scant, 1,800-pound curb weight. 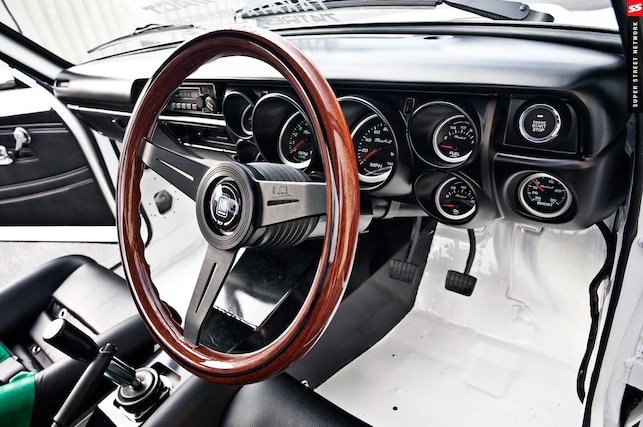 Photo 12/26   |   Here, the Hakosuka dashboard with its Nardi steering wheel and Marshall gauges give the illusion that all of this was meant to be.

Underneath, Le applied his expertise gained as co-owner of suspensions parts maker Chasing Js. That's where the custom front coilovers were sourced along with the necessary alignment bits and suspension members that, as he puts it, "Make this thing handle better than a Porsche."

Despite its handling acumen and the fact that only an estimated three Sunny pickups exist stateside, Le says he doesn't plan on hanging on to this one. "We really just wanted to see what we could do before moving on to the next project." What Le's too humble to admit: is that, despite the man-hours and cash that was dumped into the build, the Hakotora will be auctioned off to charity sometime soon, four decades' worth of heritage and all. 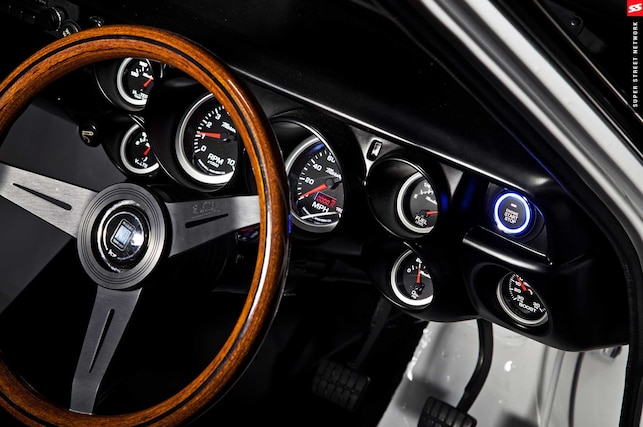 Two and a Half Months to SEMA 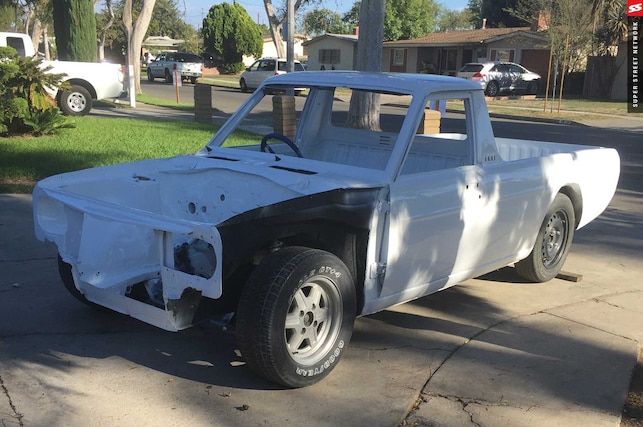 What was considered one of SEMA's most impressive builds and something that looks like this just three weeks out will never make sense. 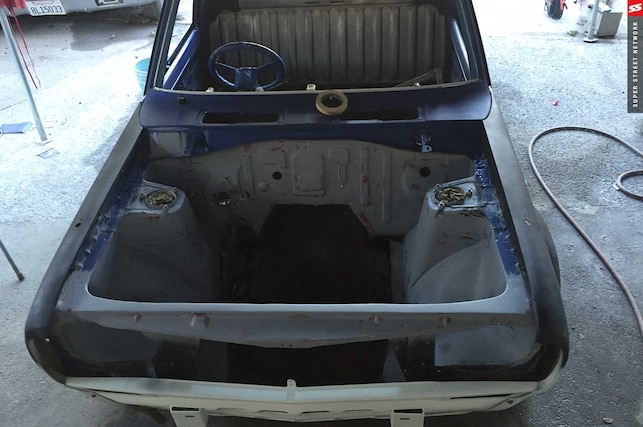 You think an inline-six-cylinder RB engine ought to go right here. Trouble is, according to Le, there just isn't room. To make way for the SR2DET, the crossmember was modified and custom mounts were fashioned. 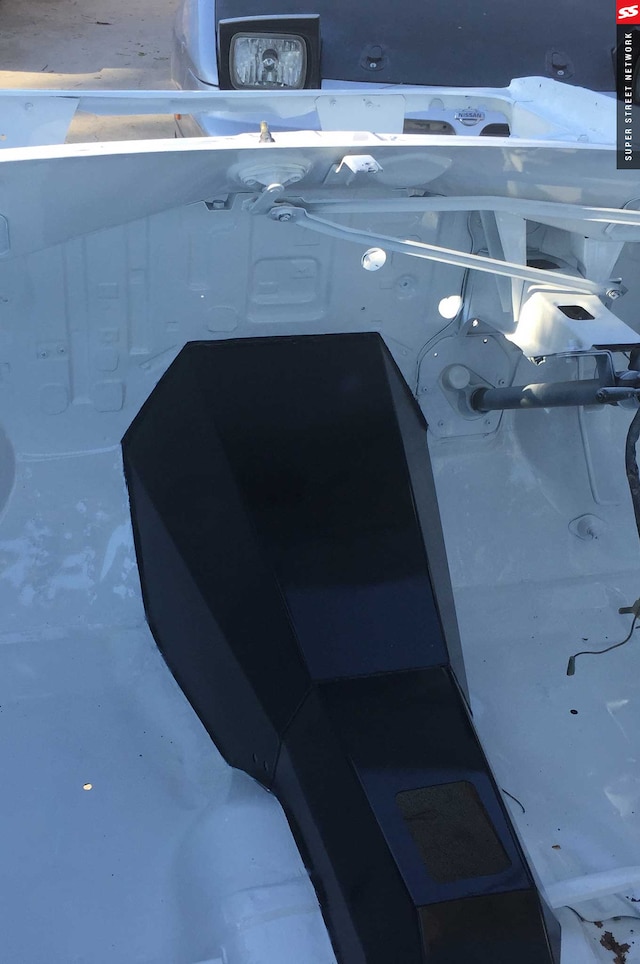 A custom tunnel was fabricated to make way for the gearbox and custom driveshaft. Clearancing for the 09racing fenders and to make way for the Volk Racing TE37V wheels. 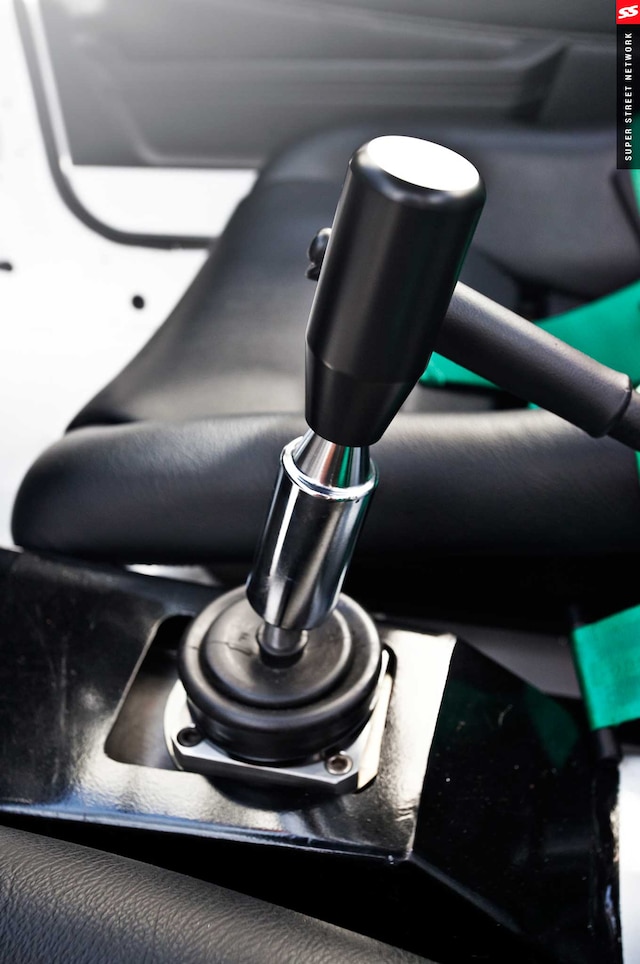