With the support of TRA Kyoto and TOMEI, Robb Ferguson unveils his '70s-racer-inspired Nissan 240SX 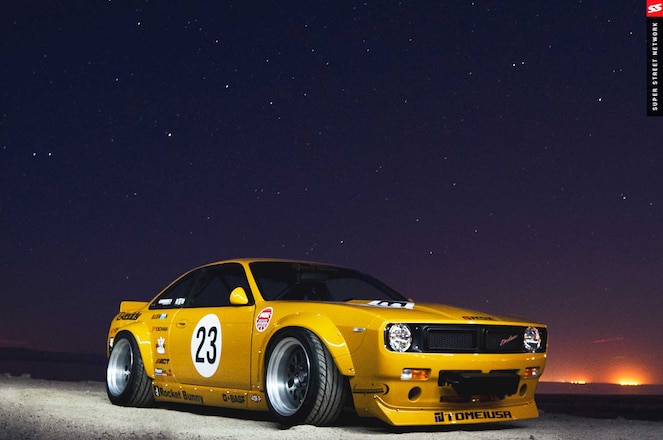 There are few people in the car scene who have as much energy and enthusiasm over all things Nissan 240SX as Robb Ferguson. He is literally an encyclopedia of knowledge when it comes to the S-chassis platform. Luckily, I can say I've had the pleasure of knowing this guy before he built this shred machine, so seeing this build come out of nowhere for SEMA blew my mind! 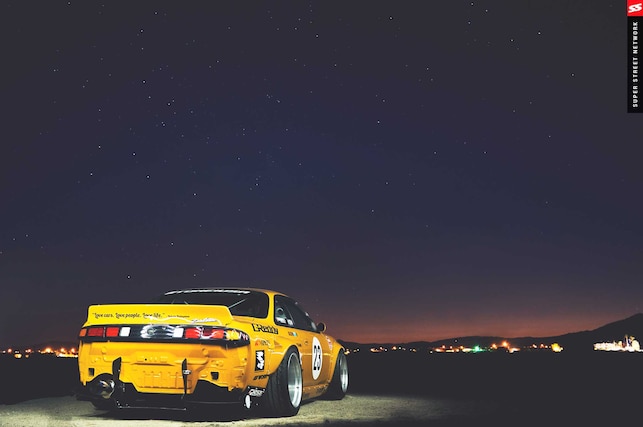 The story starts four years ago when Robb made plans to build the perfectly good, daily-driven S14 sitting in his garage. He had zero desire to run an SR20 but had always dreamed of the TOMEI KA24-DET turbo setup since he was a young chap. Following his dreams, he befriended the fellas at TOMEI-and the rest was history. TOMEI developed a factory-quality turbo kit for Robb and also arranged a meeting with Kei Miura (aka Mr. Rocket Bunny himself) to discuss using a Rocket Bunny kit on the car for SEMA... 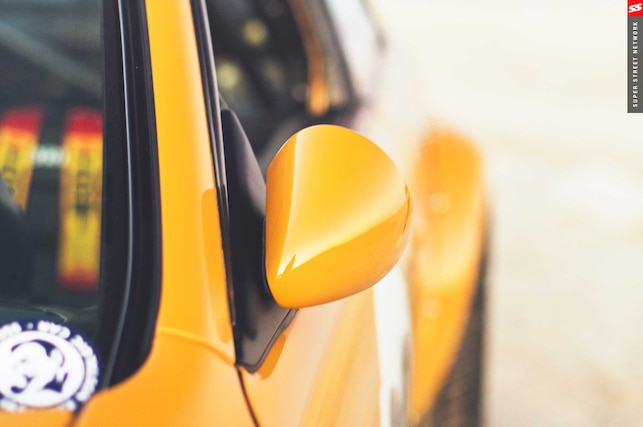 "I had heard of the Boss kit before the reveal and upon seeing it, I knew it would be the only thing that could convince me not to run a Zenki front end," Robb explained. "I instantly recognized the design influence from the B110 Sunny. So this light bulb went off... I could make my car look like a Sunny that TOMEI raced in the '70s."

Since Robb also happens to be extremely talented in the world of car art, he decided to sketch a mock of what he thought the new Rocket Bunny Boss kit might look like. During his first meeting with Miura-san, Robb presented his drawing to Miura and was immediately greeted with laughter and disbelief. It turns out, the drawing was identical to the Boss kit Miura had envisioned. Mind you, this is before the rendering had been released to the public! We kid you not, these two literally argued over whose photo/drawing it was. I wish I were there for that conversation. I can imagine it was mostly pointing and tons of confused faces because of the language barrier! Nonetheless, they finally agreed that it was impossible for Robb to see what Miura had planned for the kit, and fate just somehow brought them together. At the end of the meeting, Miura agreed on a sweet deal on a complete Rocket Bunny Boss body kit for Robb, just as long as he could have the drawing and have his car confirmed at SEMA. Don't you just love a happy ending? 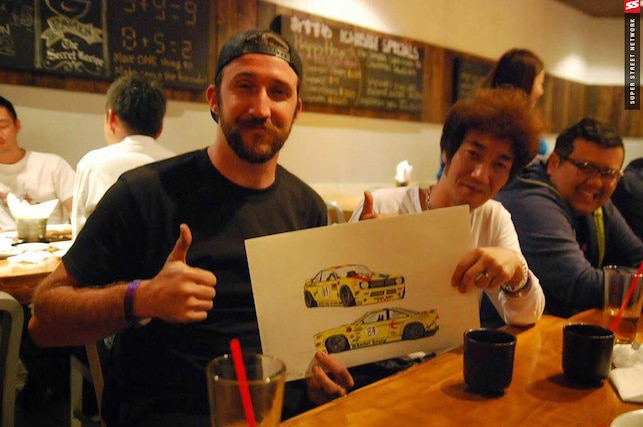 Photo 7/20   |   Robb and Miura-san's first meeting. Robb is an artist by trade and hand-drew what he wanted his S14 to look like-even before Miura had unveiled the Rocket Bunny Boss kit!

Once Robb got the kit green lit, it was time for him to turn his attention to every other part of the project. First things first, he gutted the car and dropped it off at GS Werks to get the bad boy 'caged. The attention to detail on the 'cage is one of my favorite pieces of this build. I love how the door bars follow the seat line and the driver's seating position. Pretty badass! 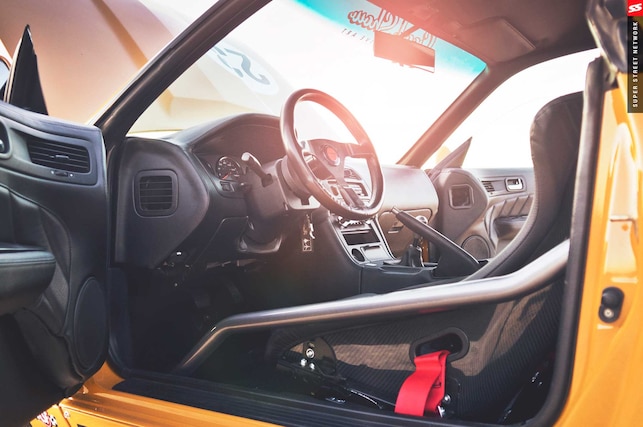 After the 'cage was done, he let the hands of Robkabob paint his car in BASF Datsun gold as a throwback to its roots. The interior was wrapped and stitched by Frasier Auto Upholstery. They even trimmed the door panels to fit around the door bars of the 'cage and then finished them off by wrapping them in leather. Classy move, Robb.

While the interior was getting worked on, the engine was prepped by Shingo of Bluemoon Performance. Everything has been addressed: new pistons and rods via CP and Carrillo, plus the top end received love from Brian Crower. The boost is provided by a TOMEI turbo and tubular manifold all blowing through a GReddy downpipe and a TOMEI titanium test pipe and exhaust. 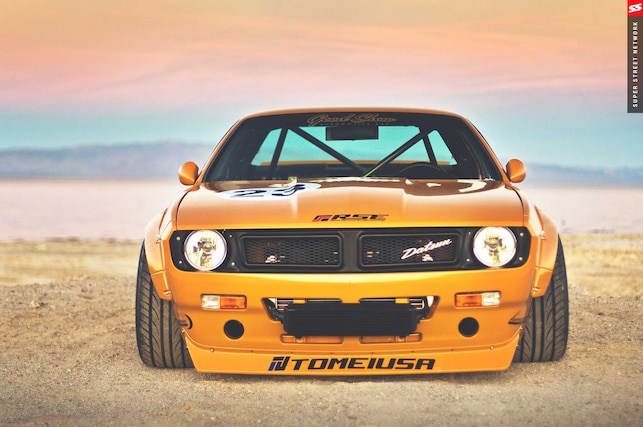 Once all the hard parts were taken care of, Robb got back to work in his garage and assembled everything with the help of his brother and three of his closest friends. "Great things are seldom done alone," he told us. "I am lucky to have such a tight group of passionate, hardworking family and friends that motivate me. Being passionate and helping others enjoy their projects is what I believe being a car enthusiast is all about." We couldn't have said it, or done it, any better Robb.

Perhaps the hardest part of the build was keeping it a secret until its reveal in Vegas. Even I didn't know about this car and I've been over to his house many times! 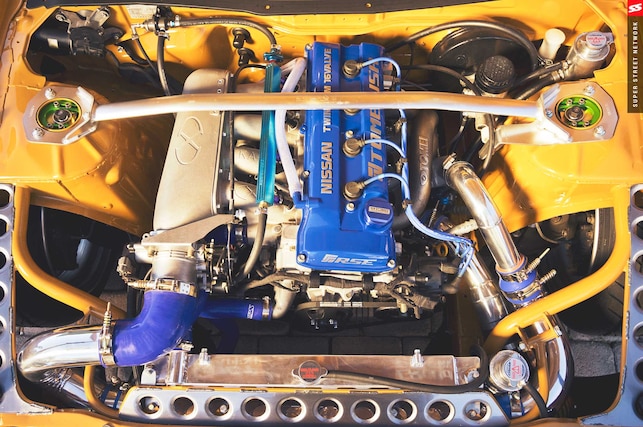 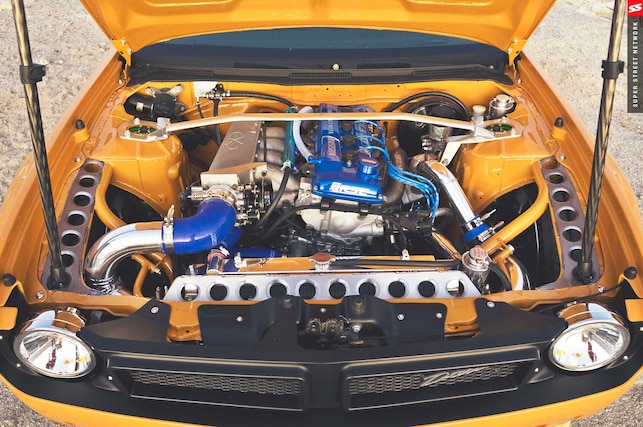 In the end, the goal for Robb's 240 was to showcase what can be done using the highest quality parts from many different sources as well as what a passionate group of enthusiasts can accomplish with the right vision and enough dedication. This car wasn't just simply slapped together with free shit from any company he could get parts from. Each piece on this car serves a purpose and is done correctly, and that's why Robb's S14 is truly the boss. 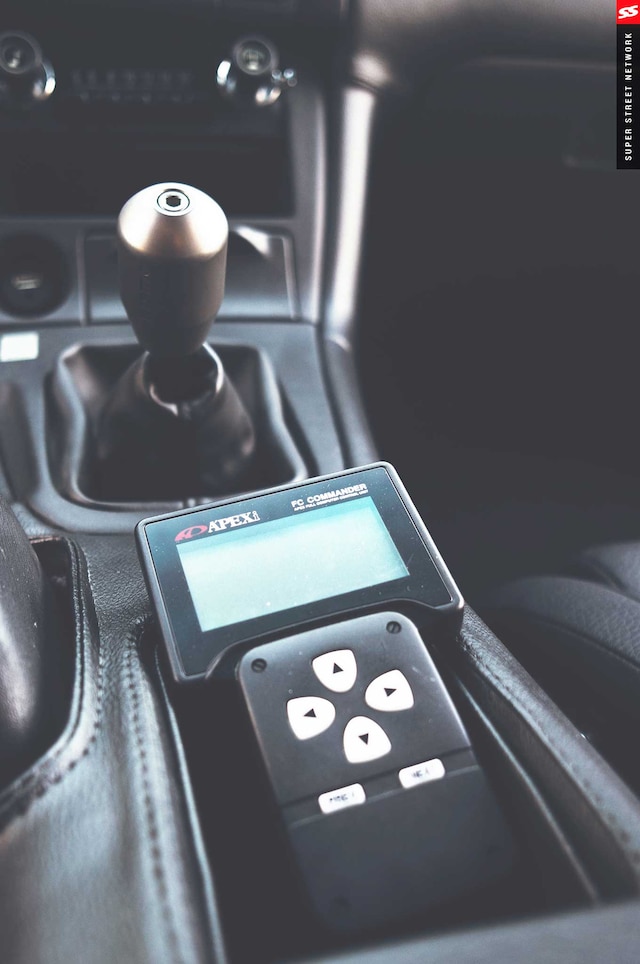 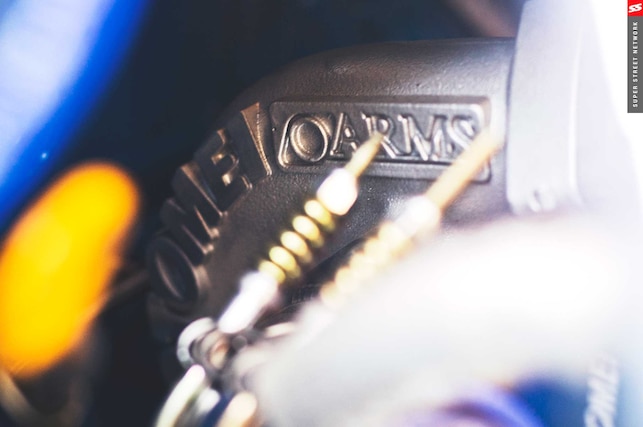 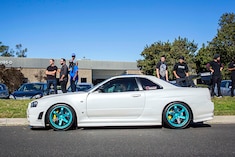 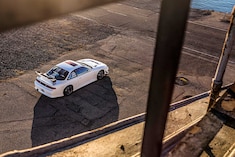 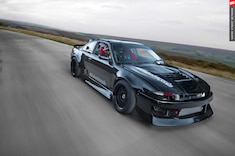 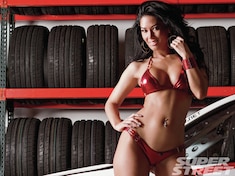